Work is proceeding at a brisk pace at a U.S. Customs and Border Protection facility for migrants being built on Los Reales Road near Swan Road. It is scheduled to open in late April or early May. The facility is designed to hold 500 people, but COVID-19 restrictions and other concerns likely will limit capacity to about 150 to 200 people, CBP officials say. A similar facility built in Yuma in 2019 was air-conditioned and stocked with food and clothing. Federal officials are dealing with tens of thousands of migrants and asylum seekers arriving at the U.S.-Mexico border each month, including nearly 20,000 border encounters in the Border Patrol’s Tucson sector in March.

Food, shelter and medical care for families seeking asylum will be covered with $2.1 million coming from the Federal Emergency Management Agency to Pima County.

CBP promises to hold an open house, for public comment, before its tent-like facility to house migrants opens in Tucson.

Border Patrol agents in Southern Arizona are seeing a steady increase in the number of migrants they encounter each month, figures released th…

The contract runs until October 2022 and includes an estimated $34 million in construction costs.

Workers stand at the main gate into a migrant shelter being built by U.S. Customs and Border Protection on Los Reales near Swan Road. 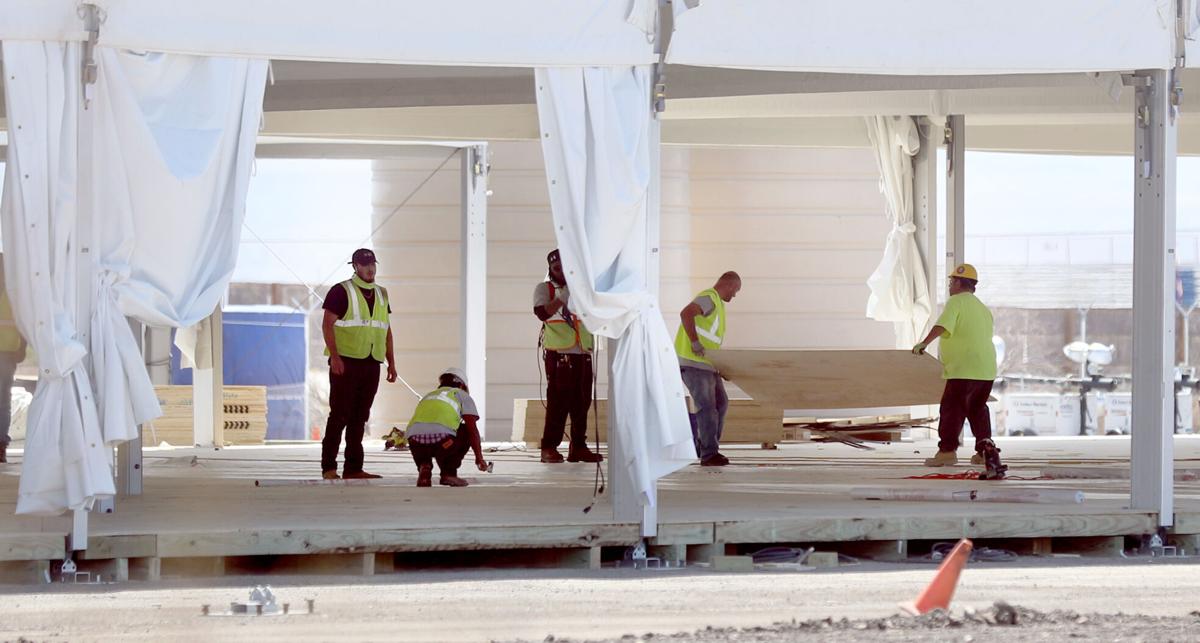 Crews work on one of a migrant shelter being built by U.S Customs and Border Protection.

A facility for migrants constructed by U.S. Customs and Border Protection on Los Reales near Swan Road in Tucson.