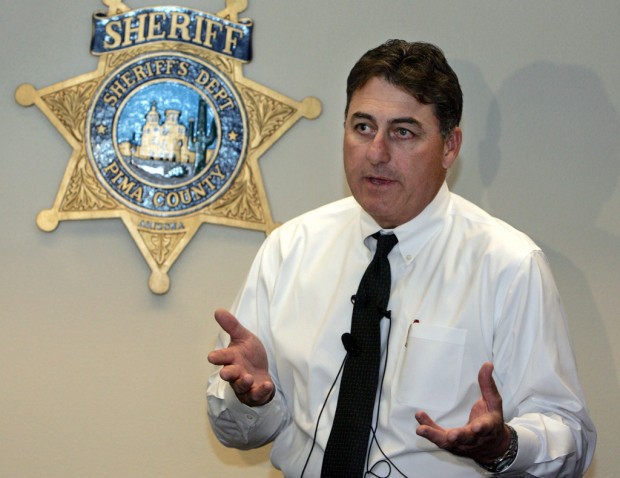 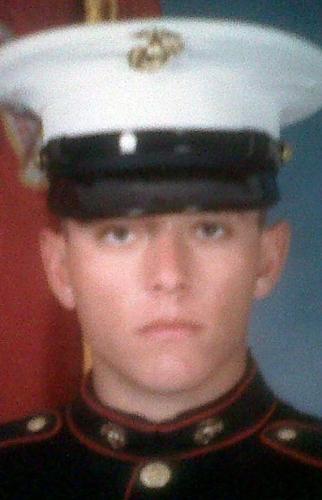 The Pima County Regional SWAT team fired 71 shots in seven seconds at a Tucson man they say pointed a gun at officers serving a search warrant at his home.

Jose Guerena, 26, a former Marine who served in Iraq twice, was holding an AR-15 rifle when he was killed, but he never fired a shot, the Sheriff's Department said Monday after initially saying he had fired on officers during last week's raid.

Six days after Guerena was shot, few details about the investigation that brought the SWAT team to the southwest-side home Guerena shared with his wife and their two young sons are known. Guerena's role in the narcotics investigation is unclear and deputies would not comment on what was seized from his home.

Three other homes within a quarter of a mile from Guerena's house, were served search warrants related to the investigation that morning. The addresses and the names of people who live in the other homes have not been made public.

Vanessa Guerena says she heard noise outside their home about 9 a.m. Thursday and woke her husband who had just gone to bed after working a 12-hour shift at the Asarco Mine, she said. There were no sirens or shouts of "police," she said.

Guerena told his wife and son to hide inside a closet and he grabbed the AR-15 rifle, his wife said.

The department says SWAT members were clear when identifying themselves while entering the home.

"Tucson is notorious for home invasions and we didn't want to look like that," said Lt. Michael O'Connor of the Pima County Sheriff's Department. "We went lights and sirens and we absolutely did not do a 'no-knock' warrant."

When five SWAT members broke through the front door Guerena was crouched down pointing the gun at them, said O'Connor.

"The suspect said, 'I've got something for you,' when he saw them," O'Connor said. Guerena's wife denied he said that.

A deputy's bullet struck the side of the doorway, causing chips of wood to fall on his shield. That prompted some members of the team to think the deputy had been shot, O'Connor said.

The Sheriff's Department put in a call to Drexel Heights fire at 9:43 a.m. requesting assistance with a shooting. But crews were told to hold off.

Guerena was dead by the time they were allowed in the house, fire officials said.

"When I came out the officers dragged me through the kitchen and took me outside, and that's when I saw him laying there gasping for air," Vanessa Guerena said. "I kept begging the officers to call an ambulance that maybe he could make it and that my baby was still inside."

The little boy soon after walked out of the closet on his own. SWAT members took him outside to be with his mother.

"I never imagined I would lose him like that, he was badly injured but I never thought he could be killed by police after he served his country," Vanessa Guerena said.

The family's 5-year-old son was at school that morning and deputies say they thought Guerena's wife and his other child would also be gone when they entered the home.

Guerena says there were no drugs in their house.

Deputies said they seized a "large sum of money from another house" that morning. But they refused to say from which of the homes searched that morning they found narcotics, drug ledgers or drug paraphernalia. Court documents showing what was being sought and was found have not been made public. A computer check on Guerena revealed a couple of traffic tickets and no criminal history.

Guerena was a Tucson native and Flowing Wells High School graduate. He joined the U.S. Marines in 2002. He served two tours in Iraq in 2003 and 2005 as part of the Yuma-based MWSS-173 under direct supervision of Master Sgt. Leo Verdugo.

Verdugo was with Guerena's family Tuesday afternoon. He gave them a Marine Corps jacket and gloves to use at Guerena's burial.

"He was an excellent Marine, with a bright future ahead of him," Verdugo said.

"We had just bought a home and he was working graveyard shifts and overtime just to help pay the bills, we were just starting to make this house our home," Vanessa Guerena said.

"I know I can't have him back but I want justice. I want explanations for what happened," she said.