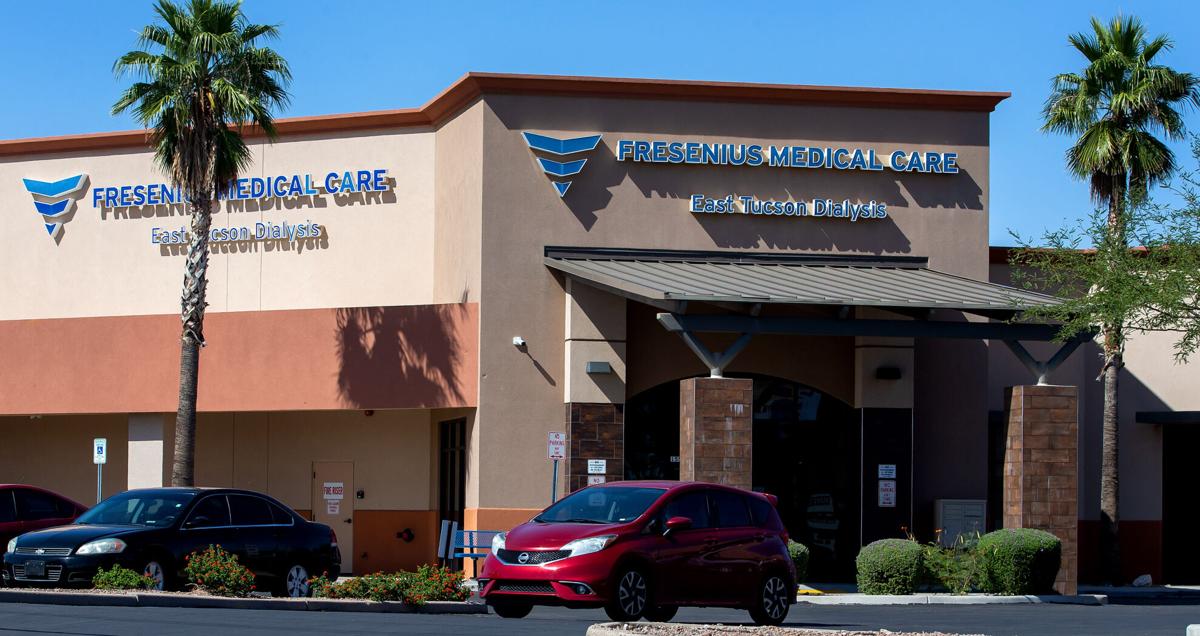 Three of four Tucson medical facilities fined for unsafe or unsanitary practices this year are dialysis centers whose patients are at heightened risk of harm from such errors, public records show.

The three centers were cited repeatedly for violating state health standards for dialysis, a mechanical blood-cleansing treatment for those with kidney failure, a condition that weakens immunity.

Many of the infractions were for failure to follow basic infection control measures, such as thoroughly disinfecting skin before inserting needles or tubes or failure to clean up blood splatter in treatment areas, Arizona Department of Health Services records show.

Tucson has 17 licensed dialysis operators. Patients need the treatments to stay alive once their kidneys stop working and typically must spend three to four hours at a time, two or three times a week, hooked up to blood-filtering equipment.

About one in seven Arizonans is at risk for kidney disease, according to the National Kidney Foundation of Arizona. Diabetes and high blood pressure are among the leading causes.

The Tucson dialysis centers fined by the state so far this year are:

A $20,000 fine was imposed April 29 after a health department inspection in January found dozens of deficiencies that put patients at risk, records show. The inspection, which included live observation, staff interviews and a review of internal records for the previous six months, found, among other things:

• Three times in one day, an inspector saw staffers fail to properly disinfect the skin of dialysis patients before inserting needles or tubing. It’s the fourth time in five years the center has been cited for that deficiency.

• The report cited 102 cases in which there’s no solid record that water used for dialysis treatments was tested for chlorine, which is highly toxic to such patients and must be removed with carbon filters. The unreliable testing logs posed “a significant risk to patients for serious life-threatening events,” the inspector said.

• At least 80 times, staffers did not keep proper track of whether a solution used to help stabilize pH levels during dialysis was mixed at proper strength and was not past its expiration date. Erratic blood pH levels can increase the risk of heart attack or stroke.

Management agreed to take corrective action including additional staff training and internal monitoring, records show. The center had one other recent fine, a $250 penalty imposed early last year when a staffer failed to properly disinfect and bandage a venous catheter site.

A company representative could not be reached for comment because a phone message left with a receptionist was not returned by deadline the following day.

The operator was fined $16,000 on Sept. 2 after a state inspection in June found 21 of 25 dialysis stations were visibly dirty with "bloodsplatter, dust and grime."

The center also was cited, but not fined, in 2019 when inspectors found similar dirty conditions at seven of nine dialysis stations. Citations issued in 2018 included five cases in which staff provided dialysis without following doctors' orders for how it should be carried out, creating a "high potential risk" for "complications, hospitalizations and death," an inspection report said.

The center was fined $3,000 on April 22 after staffers inserted needles into two patients without properly disinfecting the vein access area, a repeat violation. A $250 fine was imposed in early 2020 when the same thing happened to three other patients, records show. The center was also cited for failure to keep medication vials under lock and key.

Management could not be reached for comment. A voice message left during business hours was not returned by deadline the following day.

A Tucson provider of home health care also was fined by the state this year, records show.

Advisacare Solutions of Arizona LLC, at 698 E. Wetmore Road, Suite 330, was fined $7,000 on May 11 for failing to ensure staffers had CPR training and were tested for tuberculosis before working with patients. The testing records "were found appearing to be altered," an inspection report said.

Management could not be reached for comment. A receptionist answering the phone said the executive director, the only person authorized to comment, was out of the office and not expected back for several days.

The three-year inspection histories of all facilities licensed by the state health department are available online at azcarecheck.com.