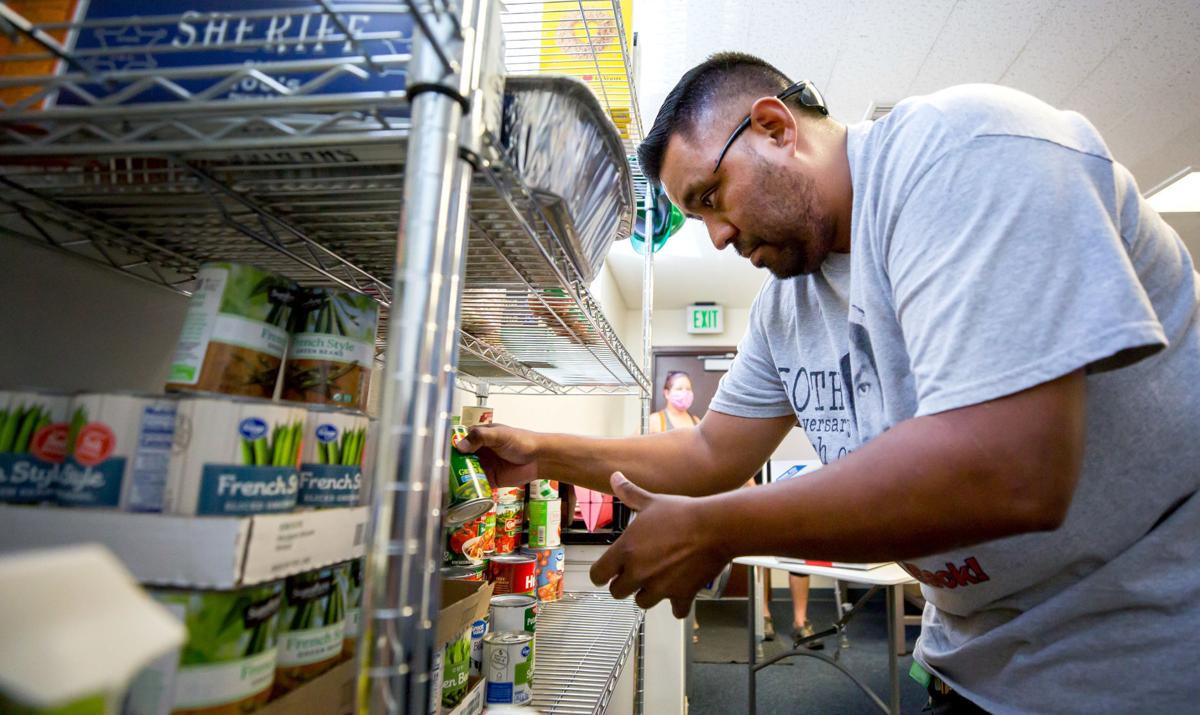 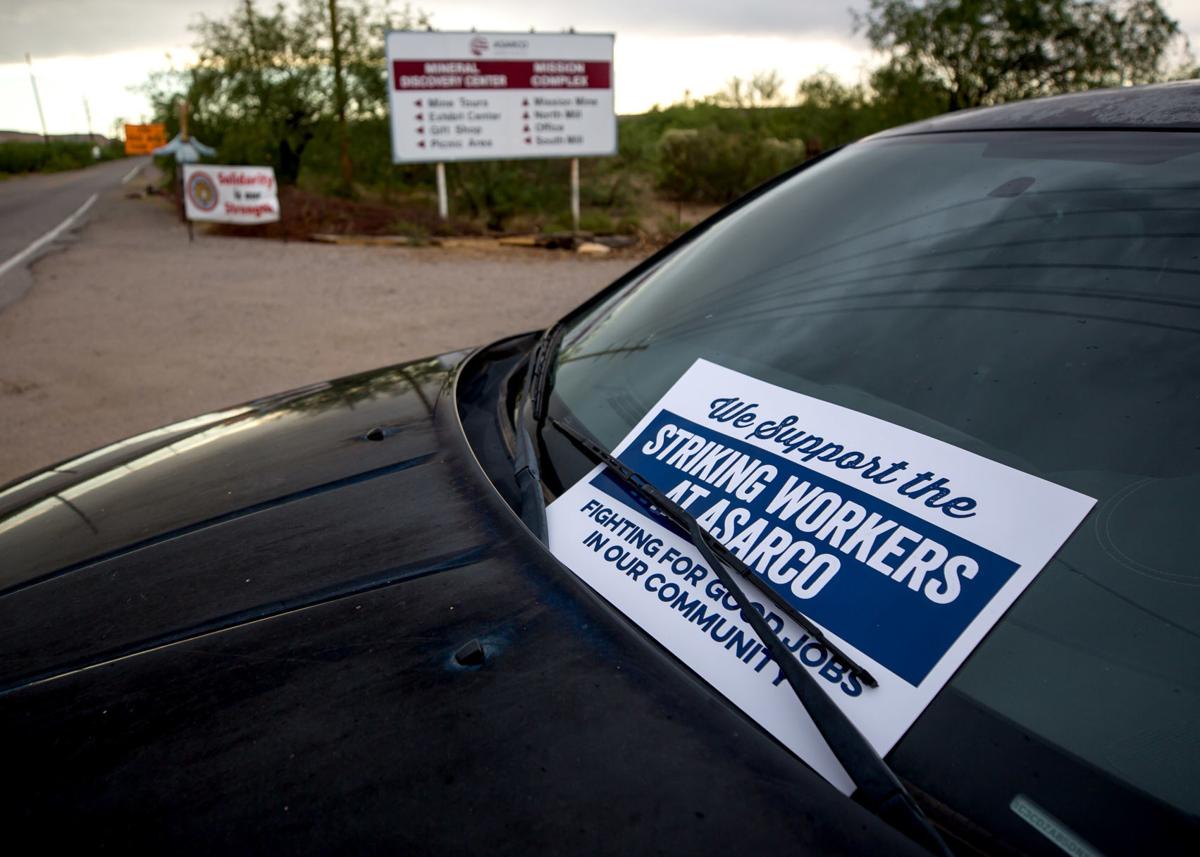 Many Asarco workers who initially went on strike had to find work elsewhere or cross the picket line and go back to work because they couldn’t afford to not have an income. 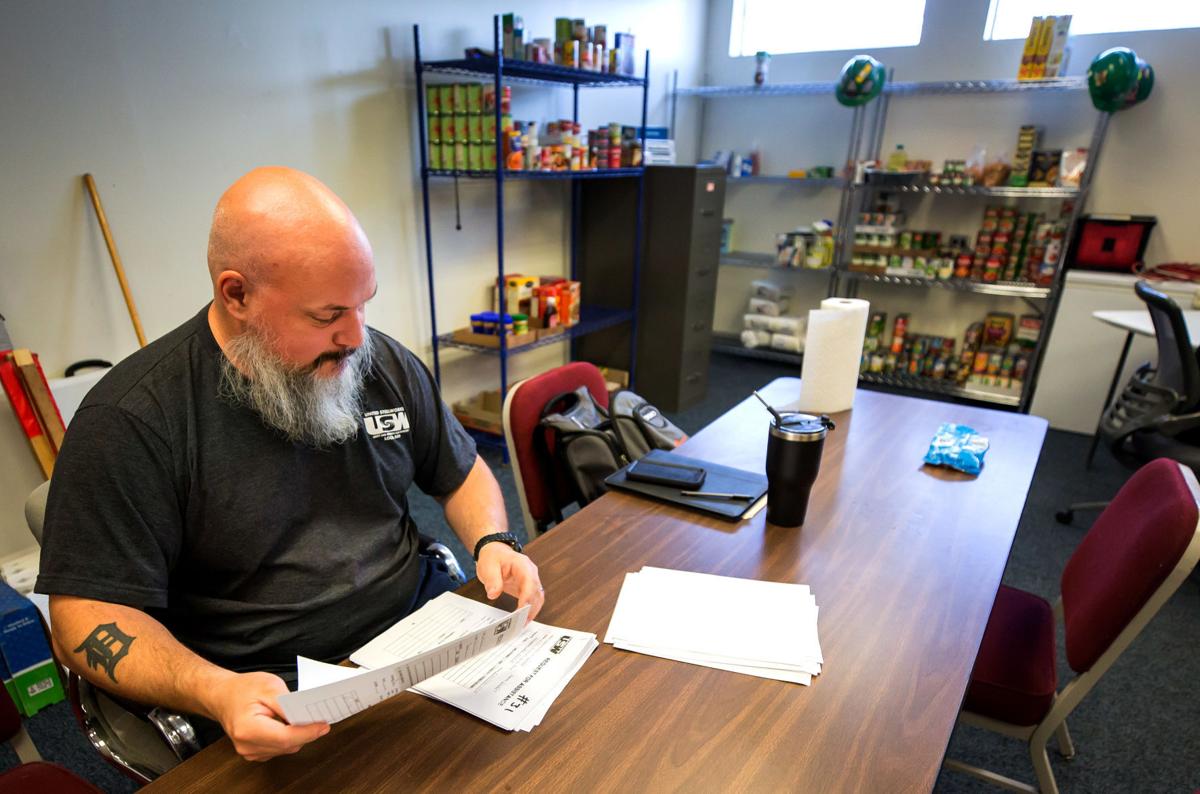 Kerry James, a steelworker at Asarco’s Silver Bell Mine, goes through paperwork at the Asarco Union Strike Relief Center. James has gotten assistance from a union relief fund to pay his mortgage as the strike drags on.

The strike against Tucson-based copper producer Asarco by unions representing about 1,800 workers in Arizona and Texas is in its eighth month, with no talks underway or planned.

Now, the success of the strike may hinge on a crucial decision from the National Labor Relations Board.

In February, the United Steelworkers and six other unions on strike at Asarco since last October filed charges with the NLRB, alleging the company had engaged in “unfair labor practices” including refusing to furnish information, refusal to bargain, retaliation against union members and coercion.

Now, it’s up to the NLRB’s regional director to determine if the unions’ charges have merit and whether to issue a formal complaint against the company or dismiss the charges, a process the NLRB says normally takes seven to 14 weeks.

That decision is critical to the unions’ efforts because under federal laws, union members who strike because of unfair labor practices by their employer cannot be fired or replaced.

That would give some hope to striking union members like Ruben Gonzales, vice president of United Steelworkers Local 937 in Tucson.

Gonzales, who comes from a long line of miners, vented anger and frustration at Asarco’s Mexico-based parent company, Grupo Mexico, which has a long history of conflict with unions, as well as safety and environmental problems.

“Grupo Mexico would love to pay us the lowest wage possible,” said Gonzales, who worked as an equipment operator at Asarco’s Silver Bell Mine near Marana before assuming full-time union duties. “They claim safety and the environment are important to them but it’s all a lie — they care more about money more than anything else.”

Owned by Mexican billionaire German Larrea, Grupo Mexico acquired Asarco in 1999 and regained control of the company in 2009 after Asarco filed for bankruptcy amid environmental damage claims of more than $1 billion.

Asarco has not filed a response to the latest NLRB charges, nor has it responded to the Star’s repeated requests for comment.

Grupo Mexico has a long history of hardball labor relations in Mexico, where the company essentially forced out its striking union miners in Cananea with the help of police and federal troops in 2010.

Now, Asarco has reportedly hired replacement workers to keep production going at its sites in Arizona and Texas, and it may be hiring permanent workers, the AFL-CIO has alleged.

The labor group says those actions are a violation of U.S. and international labor laws, as well as the labor chapter of the new United States-Mexico-Canada Agreement, which goes into effect July 1.

Asarco’s operations include the Mission Mine near Sahuarita, the Silver Bell Mine northwest of Tucson, the Ray Mine at Kearny, and a concentrator and smelter in the Hayden-Winkelman area.

Gonzales, whose father spent 22 years of a 40-year mining career working for Asarco, said he believes Asarco has operations running at about full capacity at the Silver Bell Mine and perhaps half capacity at the Mission Mine, using strikebreaking employees and replacement workers.

Gonzales said most union members are still holding strong and have stayed on strike, though a few members have had to cross the picket lines to avoid losing critical health coverage for ill family members.

The unions have set up a relief center where striking Asarco workers can apply for union relief payments to help with bills and access a community pantry.

Meanwhile, the COVID-19 pandemic has prompted the uinons to reduce picketing to weekly drive-in demonstrations and also taken an economic toll on union members’ families.

Steelworkers union member Kerry James said his family was doing OK for awhile after he walked off his job operating copper-refining equipment at the Silver Bell Mine last October.

But then the novel coronavirus hit, and James’ wife was laid off from her logistics job with a local engineering firm.

James has had to take side work doing handyman jobs and landscaping to help support his family, which includes four young children.

He’s also gotten some assistance to pay his mortgage from a union relief fund.

Though it’s been tough, James remains resolute in what he terms a fight for the union’s survival against Asarco and Grupo Mexico.

“The company’s just trying to break the union, do away with the union,” James said. “I’ll hold out for as long as it takes – I’m in it for the long haul.”

LOOKING BACK FOR A GLIMPSE AT THE ROAD AHEAD

The unions’ latest unfair-labor-practices charges follow Asarco’s settlement of an NLRB complaint in 2017 in which it agreed to halt similar practices.

Leah Jaffe, a University of Arizona adjunct law professor and former NLRB attorney, said the outcome of the unions’ unfair labor practices case is critical because union members can’t legally be discharged or replaced during a such a strike, unlike strikes prompted solely by economic issues.

“ULP (unfair labor practices) strikes have the most protection,” said Jaffe, a former deputy regional attorney for the NLRB who is special counsel at the UA’s Workers’ Rights Clinic.

Even with an economic strike, employers may hire replacement workers under certain circumstances but must keep strikers on preferential hiring lists and offer them permanent positions, she said.

Jaffe said she is not familiar with the Asarco case but charges of unfair labor practices vary widely.

“It runs the gamut, but a big one would be the refusal to bargain, and making unilateral (contract) changes,” she said.

If the NLRB regional director files a formal complaint based on the unions’ charges, the matter will be tried by an administrative law judge who will then make a recommendation to the full NLRB.

Though Asarco’s unions have won before at the NLRB, the current NLRB board is now made up only of three Republicans appointed by President Trump — since he has not filled two seats formerly held by Democrats.

Those appointees have already rolled back some pro-worker Obama-era rules, effectively making it harder for unions to organize, labor leaders say.

Asarco fought in court for nearly five years to avoid paying its workers some $10 million in disputed bonuses based on the price of copper, only paying up last fall after its final appeal was turned down by the U.S. Supreme Court.

Asarco has also has sued its own retirees to gain the right to cut their benefits.

In 2018, the company filed a federal lawsuit to gain the legal right to cut retiree medical and prescription drug benefits — naming about 750 of its own retirees as defendants – after retirees sued the company to preserve those benefits in 2007.

Both cases are still pending.

Even if the NLRB issues a complaint against Asarco in the next few weeks, it will likely take months for the case to be heard and decided.

“A case like this is going to take some time,” Jaffe said.

Jonathan Rosenblum, a longtime labor lawyer who wrote a book about the landmark Phelps Dodge strike in Arizona in 1983, said the Asarco strike may be an example of the breakdown in trust between workers and management left in the wake of the Phelps Dodge strike.

The Phelps Dodge copper mine at Morenci was the site of a violent strike from 1983 to 1986, ending in one of the largest union decertifications in American labor history and fundamentally changing U.S. labor relations in the process, Rosenblum wrote in his 1998 book, “Copper Crucible: How the Arizona Miners’ Strike of 1983 Recast Labor-Management Relations in America.”

“In another era, a company in Grupo Mexico’s position would look at anticipated copper prices, celebrate their very low-cost production and want to give their workers some reward for sacrifice,” said Rosenblum who practices law in Madison, Wisconsin, and acknowledges he is sympathic to the unions’ cause.

“But this is the post-Phelps Dodge era, the low-loyalty era. Grupo Mexico tries to fight off even its promised bonuses and workers are expected to help insure the company against uncertainty by health care concessions and perpetual dual wage systems for new workers.”

Rosenblum said Grupo Mexico should “reach a fair deal and suppress its temptation to destroy the unions through attrition as Phelps Dodge did nearly 40 years ago.”

Asarco, striking workers continue to be at odds after four months

Organizers say donations are coming in from near and far and elected officials have continued to show support as Asarco workers commit to continuing the strike until they get a fair deal.

The union has tapped its strike relief fund, and some workers have had to take temporary jobs to help pay the bills.

The Asarco unions went on strike Oct. 13 after rejecting the company's final contract offer, which the unions said included no wage increase for nearly two-thirds of workers.

About 750 current and former union employees of the copper company should receive initial payments Nov. 6, the United Steelworkers said.

Low-cost carrier Allegiant could drop Tucson under an exemption related to federal pandemic aid, but is still flying here and even launched Las Vegas service on Friday.

Community members can buy a $25 gift card for a downtown Tucson business and get a free $10 added on on Friday, June 12.

After sending employees to work from home, businesses are adapting office spaces and developing policies to bring them back.

As a group, the co-op will have access to competitive pricing on solar energy systems for their homes and businesses.

A key part of the complaint issued by the National Labor Relations board protects striking workers from being permanently replaced.

After nine-month strike, Asarco workers offer to return to the job

The Asarco strikers say they will continue to work toward negotiating a better contract.

The United Steelworkers and other unions want the NLRB to rule that Asarco engaged in unfair practices, entitling former strikers to get their jobs back.

Many Asarco workers who initially went on strike had to find work elsewhere or cross the picket line and go back to work because they couldn’t afford to not have an income.

Kerry James, a steelworker at Asarco’s Silver Bell Mine, goes through paperwork at the Asarco Union Strike Relief Center. James has gotten assistance from a union relief fund to pay his mortgage as the strike drags on.