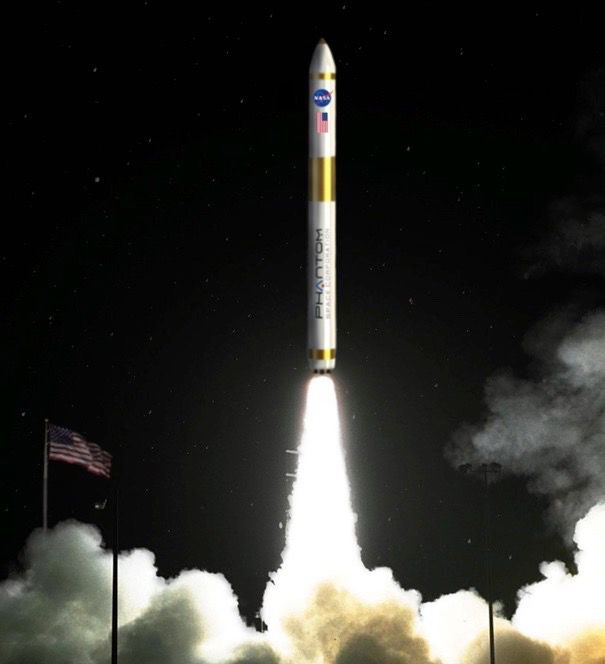 A rendering shows a Phantom Space small rocket lifting off. The firm hopes to launch its first orbital flight in two years. 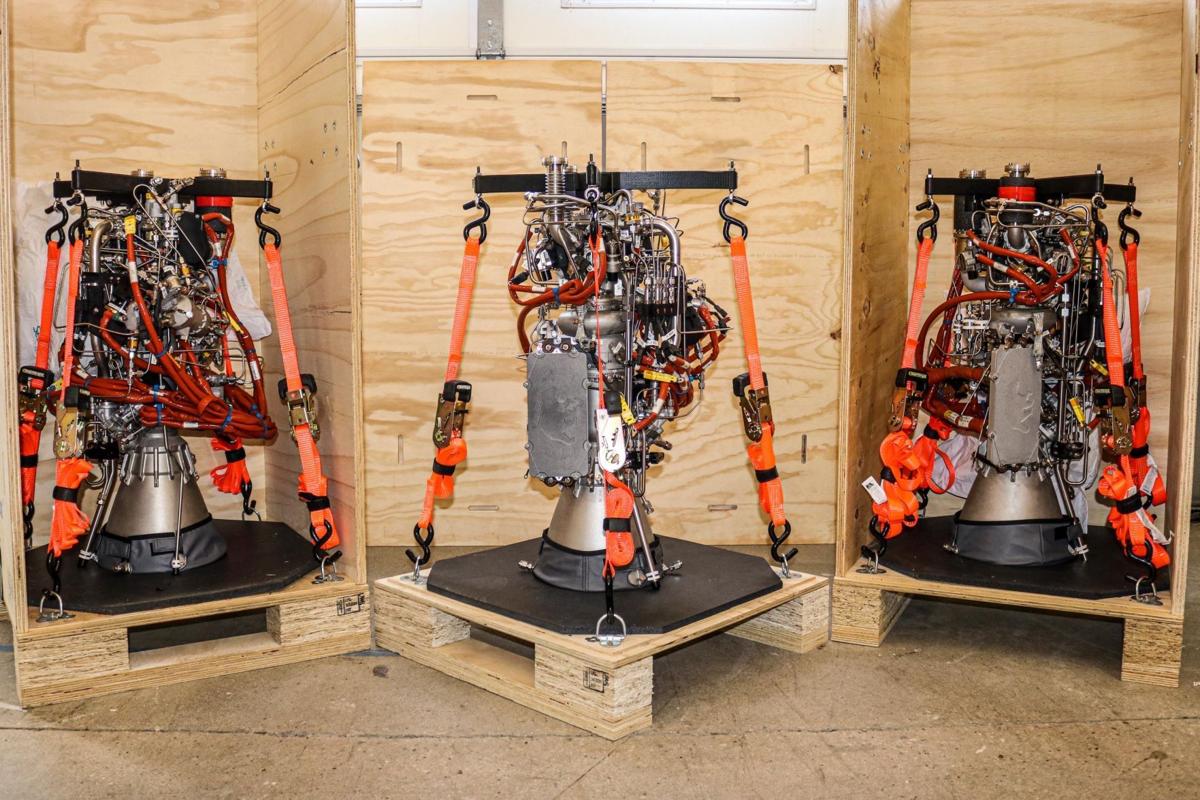 Phantom Space will use these Ursa Major Hadley engines to power small rockets to carry micro-satellites into space. 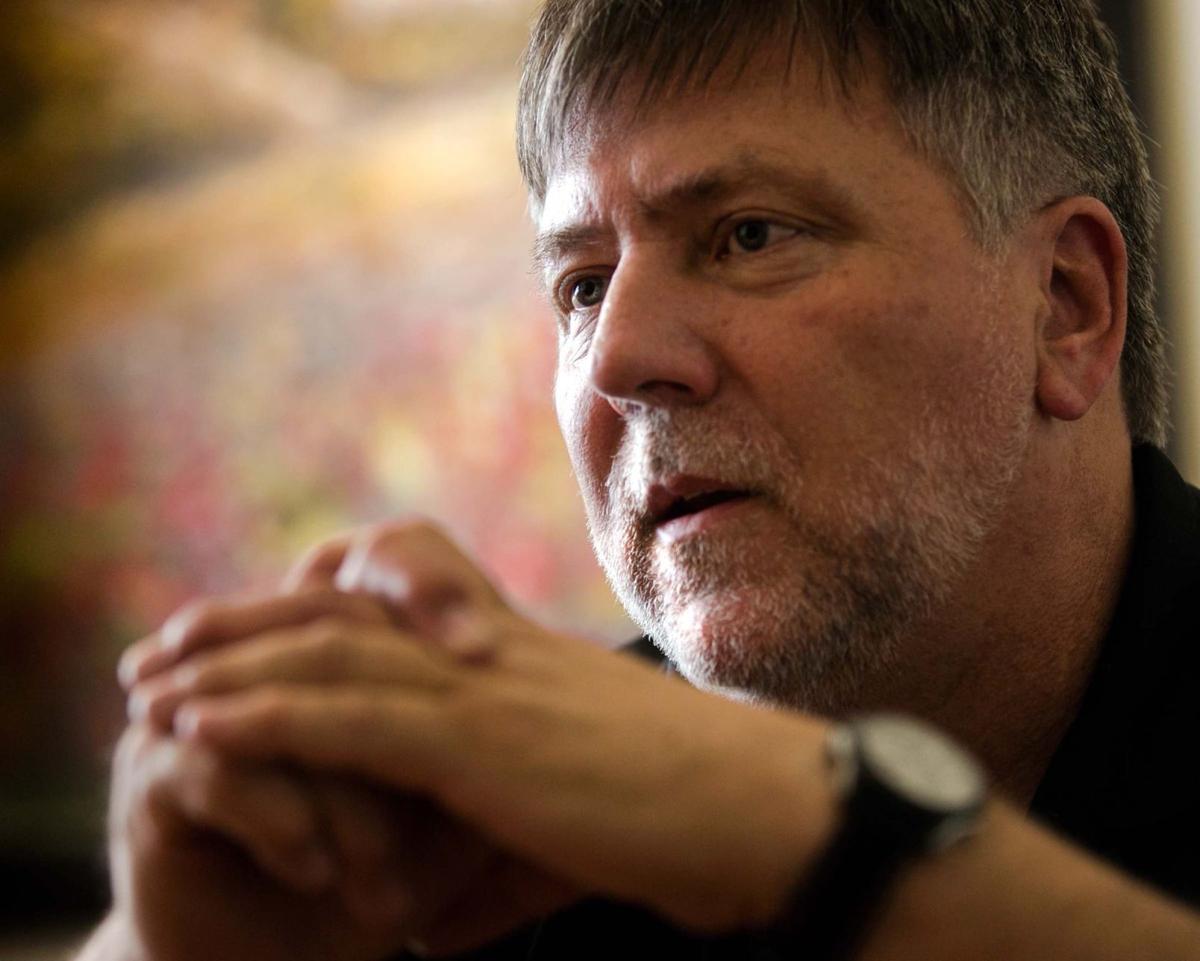 “What could be better than if you have two successful rocket companies in Tucson,” said Jim Cantrell, who has started up Phantom Space.

When Vector Launch abruptly halted its micro-satellite launch operations and filed for bankruptcy in December 2019, it looked like Tucson had lost its only company dedicated to building rockets and launching small sats as part of the “New Space” industry.

And there’s more to come, including another local startup looking to launch its first ground-imaging satellite in mid-2021.

Last week, the investors who bought Vector’s rocket-launching assets in a bankruptcy auction said the company will restart operations in the company’s former quarters near downtown.

Vector, which was developing small rockets designed to carry micro-satellites into orbit, filed for Chapter 11 bankruptcy protection and laid off about 150 employees in December, after a major investor pulled its funding.

Spalding, acting CEO of Vector Launch, said he came to Tucson to close up shop, but an effort by Sun Corridor Inc., convinced the company to stay.

Spalding declined to comment for this column, indicating he’ll be talking more about the company’s plans down the road.

Meanwhile, Jim Cantrell, co-founder of Vector in 2016, decided to stick around Tucson and has quietly started up Phantom Space, a new company planning to provide micro-satellite launch services, as well as small satellites and propulsion systems.

Cantrell, who was an early member of Elon Musk’s SpaceX team, said he was convinced to start another satellite tech company by Michael D’Angelo, a former colleague at Vector, after the pair figured they could use the many lessons they took from Vector.

The pair co-founded Phantom Space with Michal Prywata, a biotech business executive who is investor and chief strategy officer for Phantom.

Cantrell said Phantom is taking a broader view of the still-evolving New Space industry, which has been driven by the rapid development of tiny satellites for research and communications.

Rather than create a vertically integrated company that builds everything from the ground up, Phantom is using existing technologies — notably including proven, off-the-shelf engines for its launch vehicles — and integrating them into systems to serve its customers.

“We’re a space transportation company,” Cantrell said. “Thinking about the future, we don’t know what the killer app is. One thing we do know is, people have to send their objects into space and you have to move them around, and sometimes bring them back.”

After setting up a small shop on East Speedway, Phantom is in the process of building four launch vehicles and hopes to launch its first orbital flight in about two years, skipping suborbital test flights, Cantrell said.

The company has hired a dozen people, including some former Vector employees, he said.

Phantom has arranged to use rocket engines made by Colorado-based Ursa Major Technologies to power its first rocket, which at about 4 feet in diameter and roughly 50 feet in length is being designed to carry 450 kilograms, or about 1,000 pounds, into orbit, he said.

Phantom’s first rocket will use seven of the Ursa Major engines for liftoff, with one engine for the second stage, Cantrell said, noting that the liquid oxygen and kerosene fueled engines have already been qualified for flight.

In contrast, Vector suffered long delays trying to develop its own engines using propylene fuel based on technology developed by co-founder John Garvey.

The Ursa Major engines will be pump-fed at low pressures, rather than fed from heavy-gauge, high-pressure tanks, saving precious weight, Cantrell said.

He said there are enough suppliers now for engines and other critical components that it makes more sense to buy off-the-shelf.

Cantrell said Phantom already has submitted a proposal to NASA for its Venture Class Launch Services program, the second round of an initiative launched in 2015 to demonstrate small-sat launch services in an effort to spur the nascent industry.

NASA plans to issue multiple contracts for demonstration launches in the coming months.

Cantrell acknowledged that Vector’s rebirth means he may someday be competing with a company he founded but there’s plenty of room for success.

“What could be better than if you have two successful rocket companies in Tucson,” said Cantrell, who was quick to tweet his congratulations and well-wishes to Spalding and the new Vector Launch after the company announced its Tucson restart.

News of Vector’s apparent resurrection was welcomed by local business and tech leaders, especially Stephen Fleming, a University of Arizona technology leader who has led the Arizona Space Business Roundtable for the past three years.

“It’s encouraging, but I’m encouraged by the whole ecosystem here,” said Fleming, who is director of innovation ecosystem at the UA’s new Center for Quantum Networks and executive-in-residence at the UA’s new FORGE business accelerator.

“There are half a dozen cities in the country that are approaching a critical mass of people who know how to run satellites, who know how to run rockets and those kinds of things, and Tucson is one of them,” said Fleming, a longtime technology business consultant who headed Georgia Tech’s innovation enterprise for more than a decade before coming to the UA.

He cited local companies like Tucson-based World View Enterprises, which technically doesn’t go to space but continues to fly its steerable stratospheric balloon vehicles for NASA and other customers as a less costly alternative to satellites for imaging and data gathering.

Local startups like FreeFall Aerospace continues to develop its steerable antenna system for satellites, and LunaSonde, a startup founded by a UA student, is looking to fly its first micro-satellite with a new radar system for imaging underground resources like minerals next year.

LunaSonde founder CEO Jeremiah Pate said the company has a slot to fly its roughly 4-inch cube “picosatellite” aboard a SpaceX Falcon launch next spring.

The company has a provisional patent on a satellite-based system that uses low-frequency radar to map resources up to 2 kilometers below the surface.

Pate, 22, who got the idea for LunaSonde while still in high school, said the company has been accepted into a virtual accelerator program with the Boston branch of Techstars. Fewer than 1% of applicants are accepted into Techstars, which takes equity stakes in its companies in exchange for guiding them through their early stages.

Pate said he hopes to meet SpaceX founder Musk at some point, adding that the mercurial tech leader and billionaire has been one of his major influences.

“I’m not an engineer, certainly by training, but I do see the big picture and I see the market need,” said Pate, who quit school to focus on his company but plans to return to the UA and eventually earn a doctorate.

Get ready for ‘supercharged’ economy after pandemic

Get ready for ‘supercharged’ economy after pandemic

Bankrupt satellite-launch startup Vector to be auctioned off

Lockheed Martin has agreed to buy Vector's software-based satellite technology, subject to higher bids by Feb. 21; rocket-launch assets are also up for sale.

The Tucson company stumbled upon the test site in the desert.

Air travel over the Thanksgiving Day holiday period is expected to be down by nearly half as CDC recommends against any holiday trips, AAA says.

The pandemic played a role in the decision, but the owner had already been flirting with the idea of retiring, his daughter said.

A rendering shows a Phantom Space small rocket lifting off. The firm hopes to launch its first orbital flight in two years.

Phantom Space will use these Ursa Major Hadley engines to power small rockets to carry micro-satellites into space.

“What could be better than if you have two successful rocket companies in Tucson,” said Jim Cantrell, who has started up Phantom Space.