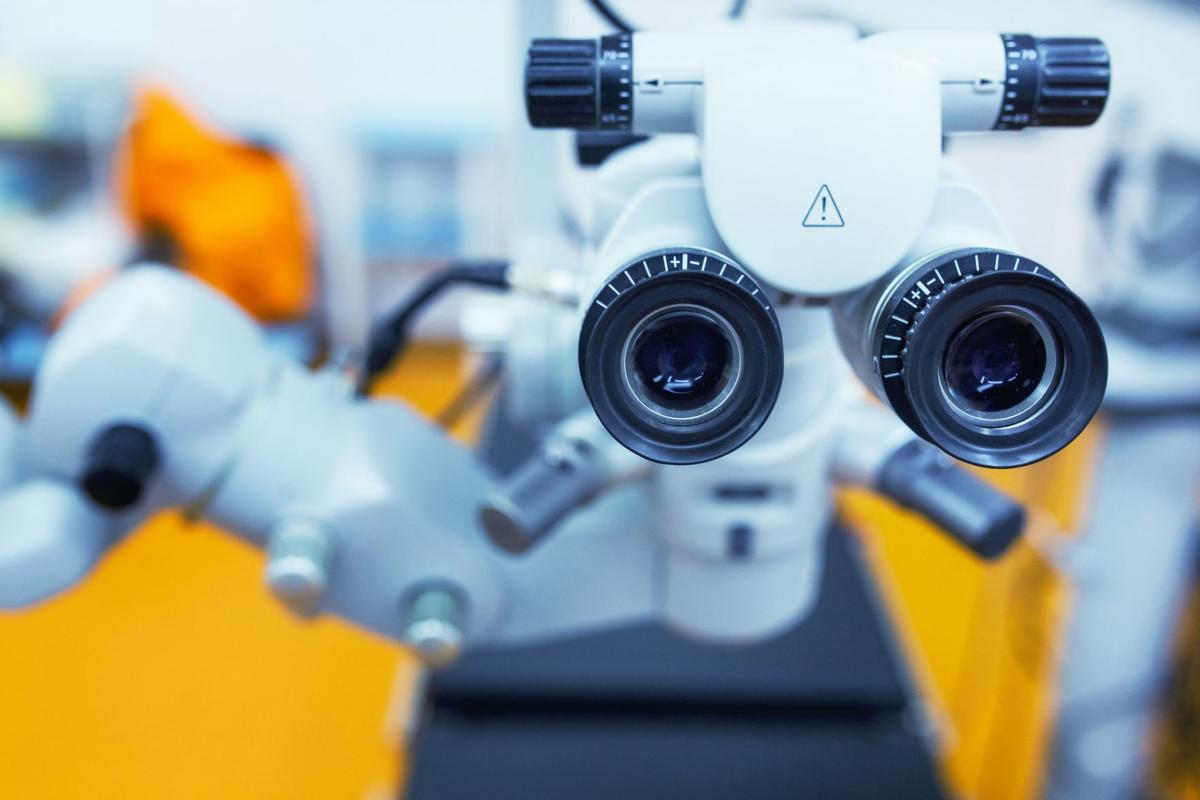 A new kind of trifocal lens implant is helping people across the globe see better. Its development fulfills the UA’s goal of moving groundbreaking technologies to the marketplace. 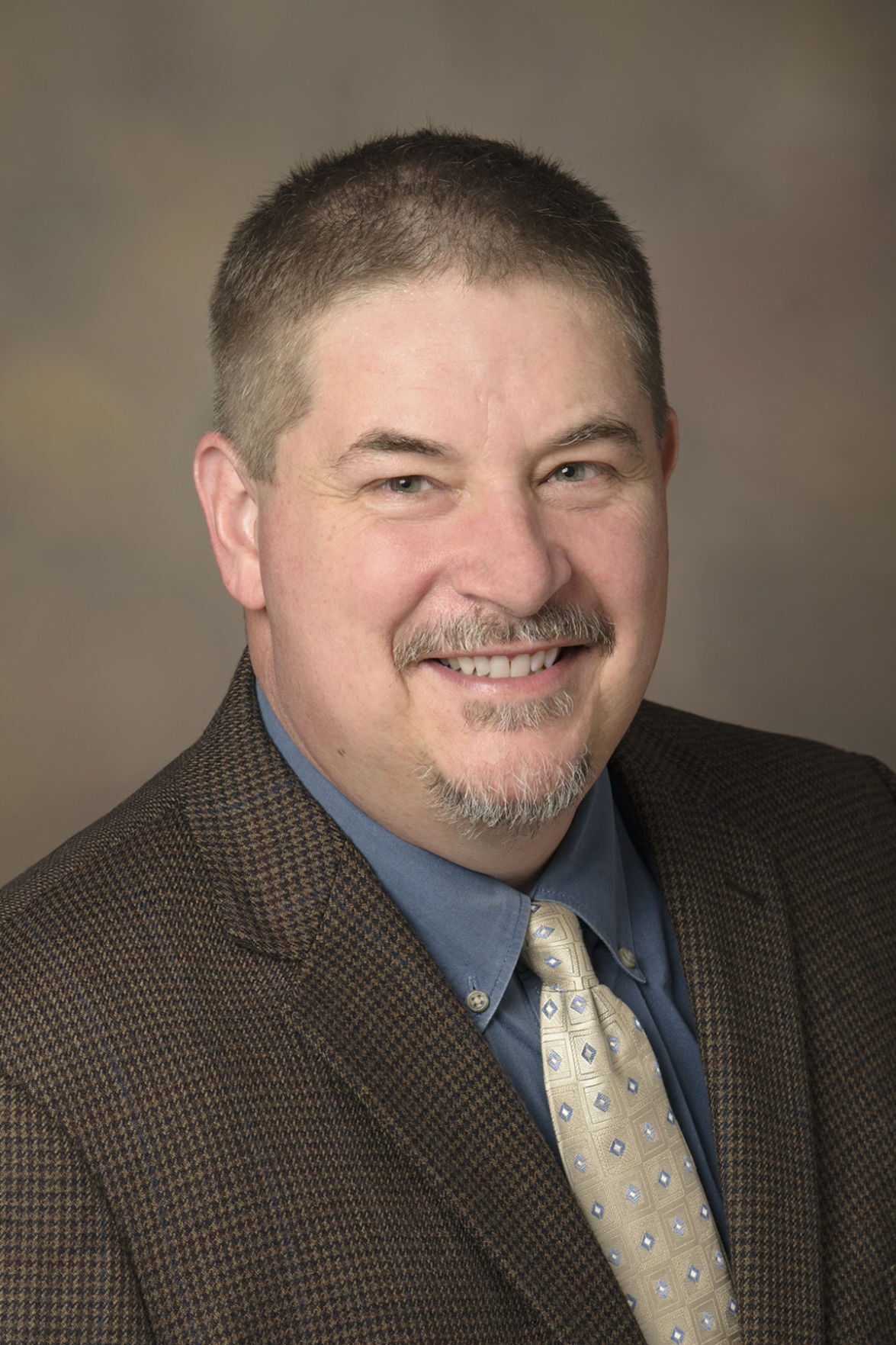 The UA’s Jim Schwiegerling was helped by his own research. He got a trifocal lens implant in his left eye in 2015. 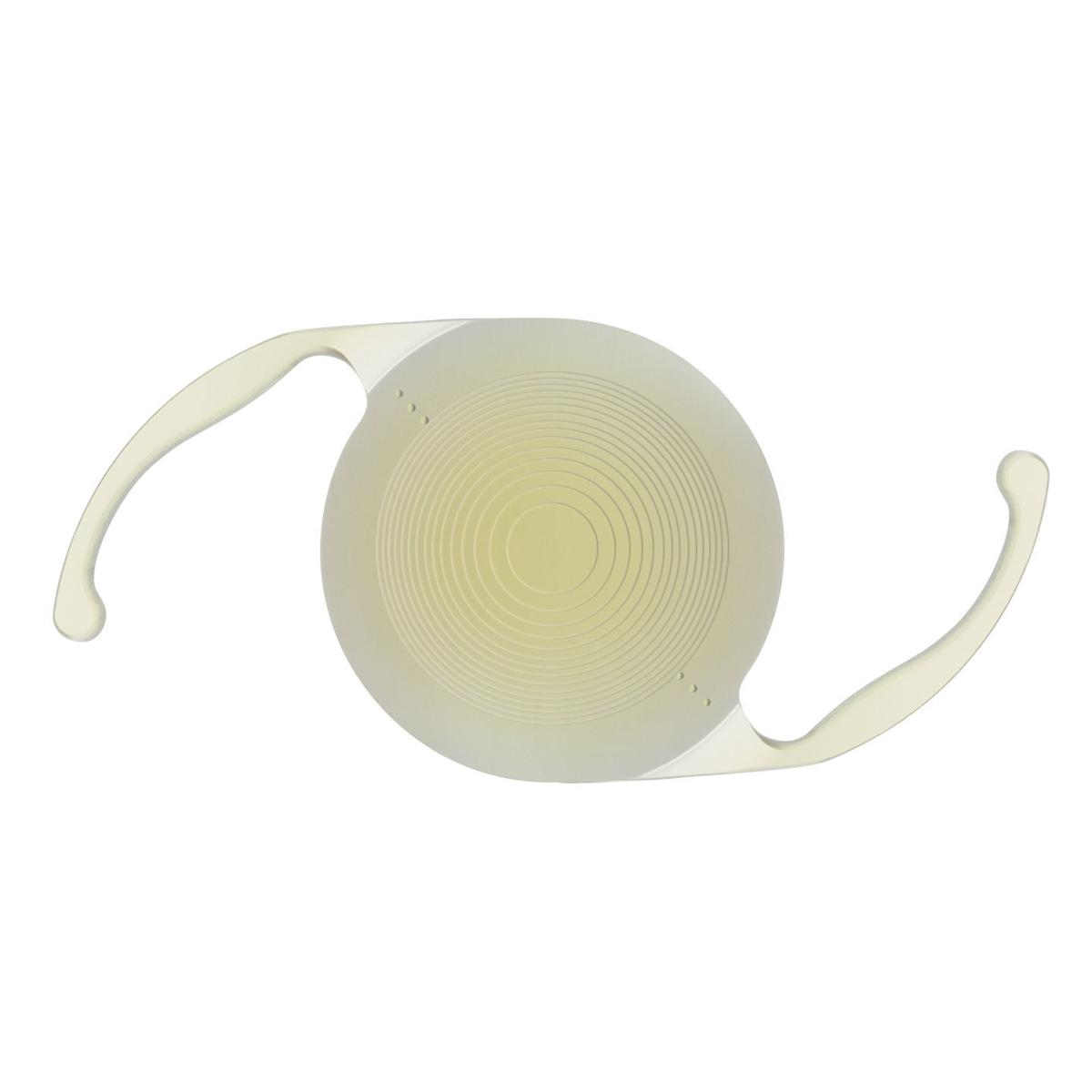 Middle-range vision has been problematic for cataract patients. A PanOptix intraocular lens features a stepped pattern to allow patients to see clearly at all distances.

An invention by a University of Arizona professor is helping hundreds of thousands of people worldwide with cataracts to see clearly.

Technology for a new kind of trifocal lens implant developed by UA professor James Schwiegerling has been used by Swiss eye-care giant Alcon to create its AcrySof IQ PanOptix Trifocal intraocular lens, initially approved for use in Europe in 2015.

The trifocal lenses — which allow patients to see near, far and middle distances — have been implanted in more than 500,000 patients overseas, and in thousands of U.S. patients since they were approved for use here last fall.

Alcon received U.S. Food and Drug Administration approval to launch PanOptix in the U.S. last year based on a pivotal study at 12 investigational sites across the nation, a company spokesman said.

Patients reported “exceptional, uninterrupted vision,” and more than 99% of patients said they would choose the same lens again, said Wes Warnock, a spokesman at Alcon’s U.S. headquarters in Fort Worth, Texas.

“Since launching in the U.S., PanOptix has proven to be a popular choice for cataract patients looking to correct their vision at all distances, with the vast majority of them never needing to wear glasses postsurgery,” Warnock said.

Schwiegerling — who had his own left eye successfully implanted with the Alcon lens in Germany in 2018 — said it’s a great feeling to know his work is helping people around the globe.

“Even if I didn’t have it done on myself, just knowing it’s impacted so many people is very, very rewarding,” said Schwiegerling, a UA professor of optical sciences and of ophthalmology.

It’s also rewarding for the UA, which only recently was able to talk about its confidential licensing agreement with Alcon.

The widespread use of UA-patented technology in Alcon’s first trifocal lens fulfills the school’s main goal of moving groundbreaking technologies from the lab to the marketplace to make a difference, said Doug Hockstad, assistant vice president for the UA’s technology commercialization arm, Tech Launch Arizona.

“This is a perfect example of the message we keep saying — it’s not just about getting patents; it’s about getting the technology out there to affect people’s lives,” Hockstad said. “This one hit all the marks, and it even helped with a problem the inventor had himself.”

It’s been a long road to market for Schwiegerling, a Ph.D. engineer who first came up with the invention in 2010.

Intraocular lenses are implanted in place of a patient’s natural lens to treat cataracts — an opacification or cloudiness of the lens — typically in older patients.

Originally developed in the 1940s, single-vision, or monofocal, intraocular lenses came into widespread use in the 1970s and are implanted in millions of patients every year.

Since the lenses can’t change shape the way the body’s own lens changes to focus, intraocular lenses generally are prescribed to correct distance vision, with reading glasses needed for close-up.

Bifocal intraocular lenses were later developed to give users near as well as far sight, but vision in the middle distance — say to read a computer screen or sign a couple feet away — was still fuzzy.

“They came out with the bifocal lenses in the late 1990s or early 2000, but there were still complaints about the middle-range vision,” he said.

Schwiegerling’s solution was to incorporate tiny steps into the lens — similar to the design of so-called Fresnel lenses used in lighthouse lenses to concentrate beams of light.

With the help of Tech Launch Arizona, Schwiegerling’s invention received its initial U.S. patent in 2015.

After licensing the patented technology from the UA later that year, Alcon quickly incorporated it into its PanOptix intraocular lens.

“Alcon ran with it, and put a few of their own tricks into the lenses as well,” Schwiegerling said.

After launching in Europe in 2015, PanOptix was approved for use in countries around the world, and the lens was approved in the last two major countries — the United States and Japan — last year.

At least two other trifocal lens designs have been approved for use in Europe, but Alcon’s PanOptix is the first to be approved in the U.S.

Surgery to implant the PanOptix — now available through several Tucson-area eye doctors — involves removing the lens from its sac behind the cornea and inserting the flexible PanOptix lens through a slit. The lens then heals into place with two little wings to hold it into position.

Schwiegerling says he’s thrilled with the vision he has at all distances with his PanOptix lens, though he notices there is some reduction in contrast in dim light and he sometimes sees halos around streetlights.

“It’s a lot better than before — prior to the surgery I was seeing huge starbursts,” he said.

Medicare and private health insurers generally cover most of the cost of single-vision intraocular lenses.

But patients can expect to pay more out of pocket for special intraocular lenses including bifocals, the PanOptix trifocal lens and lenses specially designed to correct astigmatism and presbyopia (age-related farsightedness caused by diminished elasticity in the eye’s natural lens).

There are also now two types of so-called “accommodating” intraocular lenses, which use the natural lens muscle to change shape and focus, approved for use in the U.S.

The cost of cataract surgery averages about $3,500 per eye, and the added out-of-pocket cost of multifocal lenses ranges from about $1,500 to $2,500, according to Bettervisionguide.com, which tracks trends in refractive eye surgery.

Dr. Robert Snyder, a local ophthalmologist who spent 14 years as head of the UA’s ophthalmology department until 2004, said he’s implanted PanOptix lenses in about 50 to 60 patients since his practice began offering the new lens about three months ago, with great success.

“There are a lot of different versions of multi-focal lenses on the market, and some work better than others,” Snyder said. “This one has a good range of vision near, middle and far and our patient satisfaction has been very high.”

Snyder noted that the PanOptix also is available in a so-called “toric” version, designed to correct astigmatism (vision impairment caused by an imperfection in the shape of the eye’s cornea or lens).

The device, based on an invention by University of Arizona optical scientists, can be rapidly “trained” to detect any pathogen, from the common flu to future, as yet unknown threats.

Classic, vintage vehicles find a home on Tucson's east side

Aside from storing the classic rides, the facility will be used for private parties.

The rollout of the technology by Tucson-based Tempronics helped drivers in one of the busiest, and hottest, delivery seasons in recent years due to COVID-19.

Tucson-based Pyx Health is an online platform that recognizes when a patient has urgent needs. It will offer access to resources such as food, transportation and a nurse hotline, backed up with human contact via Pyx staffers in the company’s “compassionate call center.”

The company, which is developing technology that allow consumers to "see" things that are not normally visible with the naked eye, plans to hire 14 people over the next five years, including research scientists, engineers and research support, with an estimated total economic impact of $17 million, according to the UA.

A new kind of trifocal lens implant is helping people across the globe see better. Its development fulfills the UA’s goal of moving groundbreaking technologies to the marketplace.

The UA’s Jim Schwiegerling was helped by his own research. He got a trifocal lens implant in his left eye in 2015.

Middle-range vision has been problematic for cataract patients. A PanOptix intraocular lens features a stepped pattern to allow patients to see clearly at all distances.