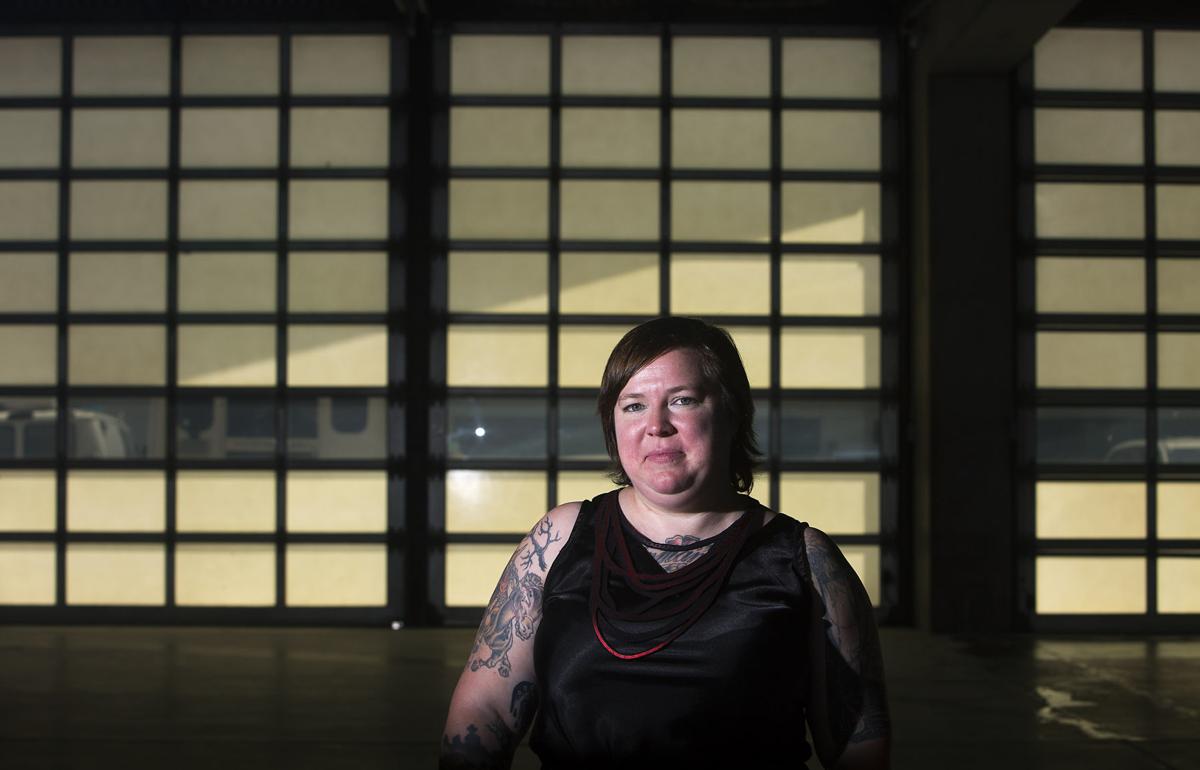 Ginger Shulick Porcella is the executive director and curator at MOCA, Museum of Contemporary Art Tucson. Porcella came from San Diego and started in the position in April 2017. She poses for a photo inside the museum on August 20, 2018. 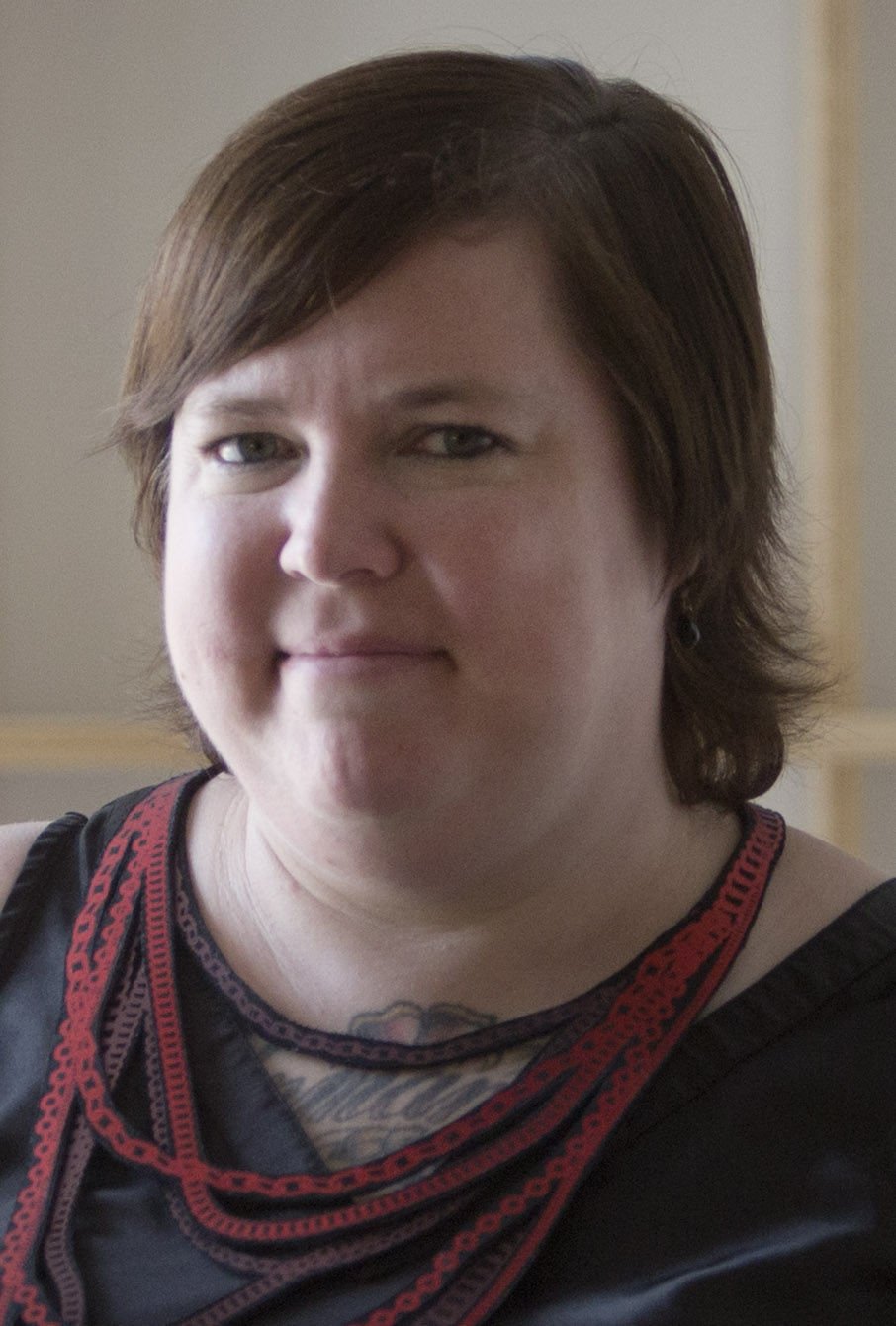 Ginger Shulick Porcella is the executive director and curator at MOCA, Museum of Contemporary Art Tucson.

In her combo role of executive director and chief curator of the Museum of Contemporary Art Tucson, she must assemble and display the museum’s collections, exhibits and shows. She manages the building and staff, minds the books, raises money and deals with the everyday issues of an active nonprofit institution.

“I’ve always worked with artists and museums,” says Porcella, 37, who came to Tucson from San Diego in April 2017. She was named to the MOCA post after a six-month search for a director.

In March 2017, Michael James Rocha, the San Diego Union Tribune arts and entertainment editor, bemoaned Porcella’s loss, saying she was “the creative and energetic force behind the transformation of the San Diego Art Institute” after her three-year stint as the Balboa Park institution’s executive director.

She has her sights set on making contemporary art more accessible and engaging.

“It is easy to be intimidated by contemporary art,” Porcella says.

Contemporary art is focused on social issues and engagements, ideas and concerns, rather than the look, beauty or form of the work, she says. The viewer’s impression of the work and the thoughts it evokes matters more than the piece itself.

Last fall MOCA explored real-world aspects of the U.S.-Mexico border in the multi-disciplinary exhibition “Nothing to Declare: Transnational Narratives.” The upcoming “Blessed Be: Mysticism, Spirituality, and the Occult in Contemporary Art” bores into spiritual practices and different beliefs.

Contemporary art “is not object making,” Porcella says. Contemporary art has to ask hard questions. It can be in a variety of forms beyond paint and clay, like video, installation and performance.

Porcella says she does not want people to feel like they don’t “get” the art or feel they have to like a piece or performance. She wants a welcoming environment where asking questions is comfortable.

MOCA was founded in the late 1990s. It was housed in a warehouse space at East Toole Avenue until 2010 when it moved into the decommissioned downtown fire station, an example of modernist architecture.

The cavernous space where fire trucks once sat became the main exhibition hall. The driveway from which fire trucks zipped out of the building is now an event plaza, and first-floor offices were made into exhibition spaces. Staff offices on the second floor have wood-paneled walls and other remnants of firehouse chic.

The museum has been closed for several weeks while the first-floor galleries were remodeled: Walls were torn down to improve sight lines and create more inviting spaces. In addition, the gift shop was revamped and the grand hall was spiffed up with a refinished floor. The museum begins its regular hours after the Sept. 15 opening reception for the “Blessed Be” exhibit.

Porcella’s vision for MOCA extends beyond the former firehouse’s walls. She sees artist-centered MOCA as an important piece in a network of contemporary art and related museums that stretches from Los Angeles to Santa Fe and throughout the Southwest.

MOCA encourages new and experimental works, commissions art and offers a competitive artists-in-residence program, which raises the museum’s profile. It also reaches out to artists and into the community.

In addition, it offers lectures, films, and children’s after-school programming, such as a mobile arts program that takes museum staff and teaching artists to high-poverty schools across Pima County, including rural communities.

The museum’s board set a lofty financial goal when Porcella was hired — doubling the $620,000 budget by 2020. Porcella says that might be an ambitious, arbitrary number, but the budget sits at $750,000 after a little more than a year under her watch. She is especially interested in growing and diversifying the funding base and attracting and engaging new audiences.

Overall, Porcella says MOCA is for everyone: Adults, families, children, even pets.

Ann Brown is a former Star reporter and editor.

MOCA’s upcoming exhibition “Blessed Be: Mysticism, Spirituality, and the Occult in Contemporary Art” opens with a public reception at 8 p.m. on Sept. 15, and continues through Dec. 30.

“The exhibition will explore religion, ritual, cult mentality, and the human impulse to belong and participate, as viewed through the lens of cultural production,” according to a news release.

In addition, the show will examine the relationship between “cult” and “culture” and how museum spaces, like sites of worship, are places for sustained, concentrated attention and contemplation, the release says.

“The entire event will be food as art, and art as food,” MOCA's executive director said.

Homes and businesses across the globe are using rainwater for a long list of purposes — car washes, gardening, showering — and Tucson is no ex…

Center for Creative Photography shows 80 images from its extensive collection.

Ginger Shulick Porcella is the executive director and curator at MOCA, Museum of Contemporary Art Tucson. Porcella came from San Diego and started in the position in April 2017. She poses for a photo inside the museum on August 20, 2018.

Ginger Shulick Porcella is the executive director and curator at MOCA, Museum of Contemporary Art Tucson.