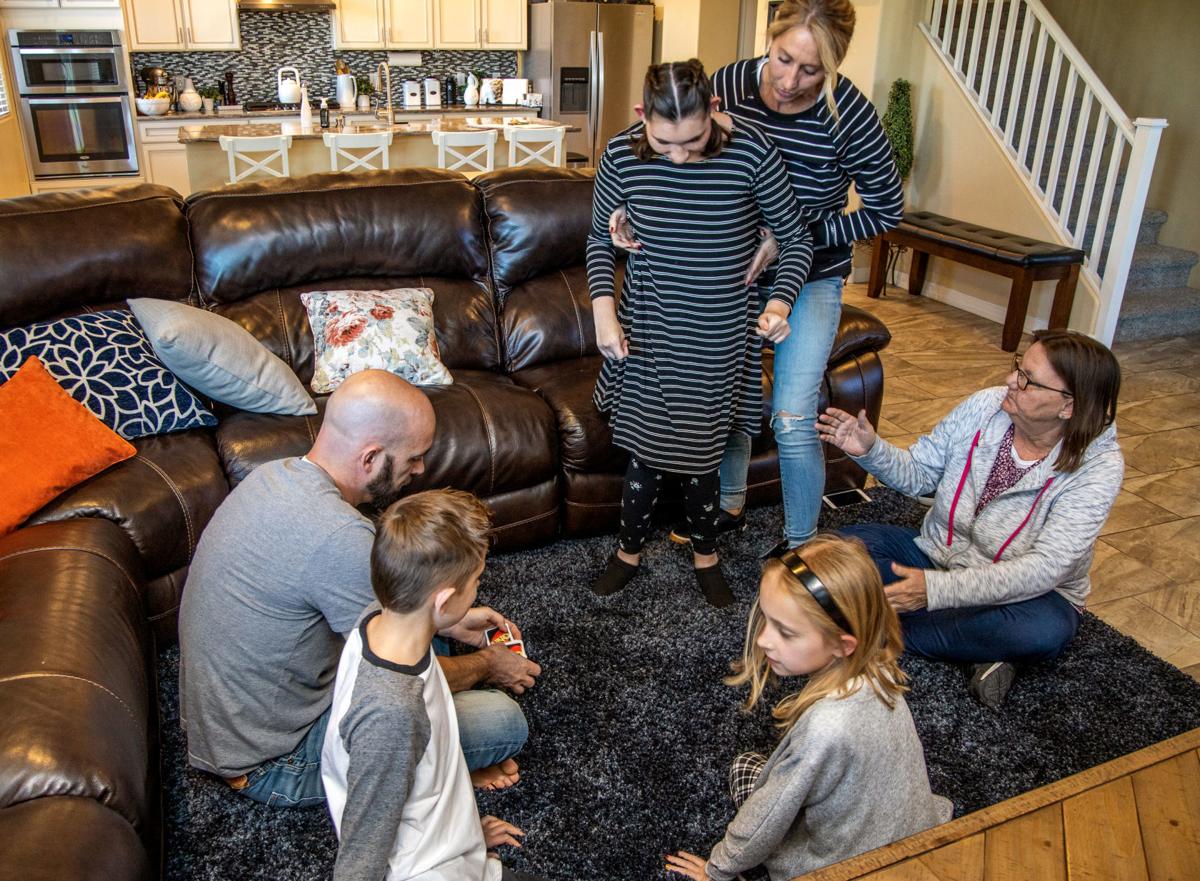 Marianne Scott helps her daughter Maycee, 17, to the floor as the family prepares to play a card game. Scott is pushing for a law that would require newly constructed public buildings and buildings being renovated to add adult changing tables. 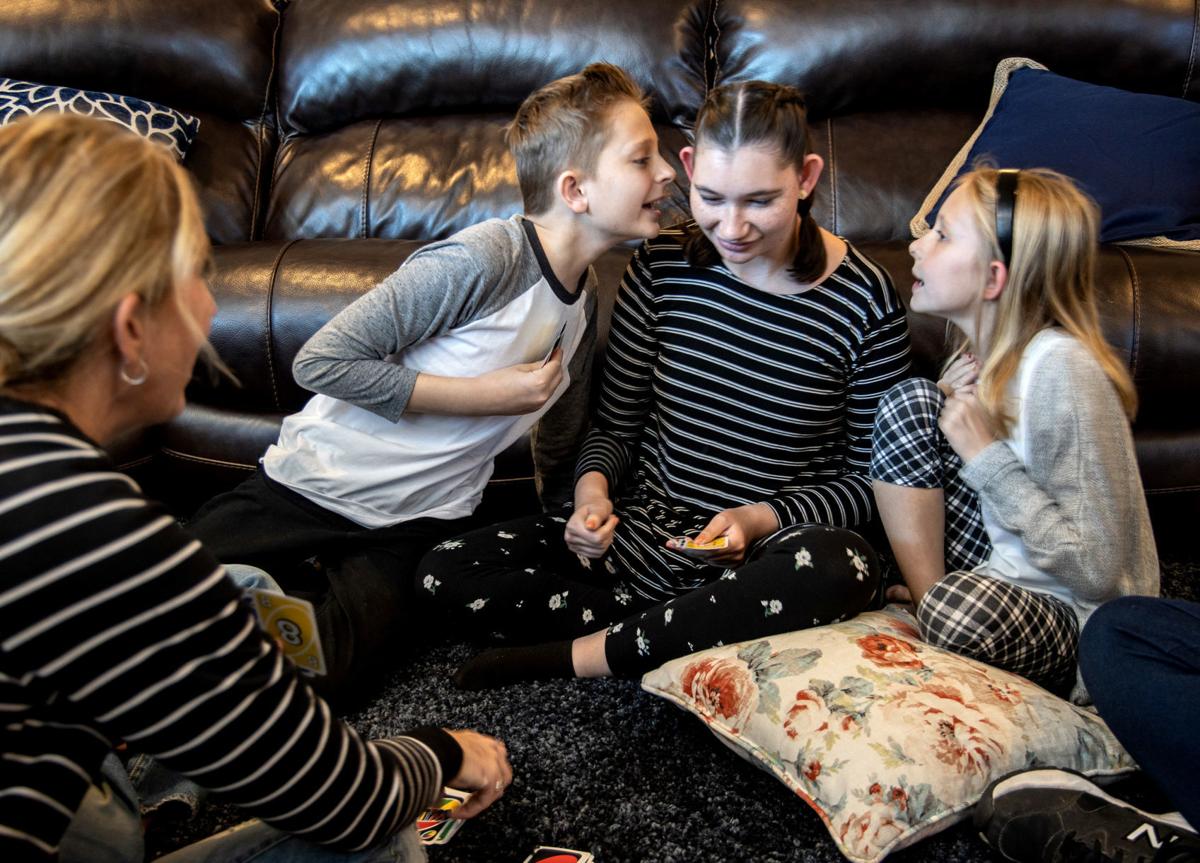 Parker Scott, 10 and Chloe Scott, 9, help sister Maycee, during a game of Uno in their living room in Sahuarita.

For many families, having a clean, discreet place to change a child’s diaper is what makes it possible for them to be out in the community.

For those raising children challenged by disabilities, that need might not end when the child is too big to fit on a conventional changing table.

That’s why Tucson moms like Marianne Scott and Amy Weaton want to see Arizona pass a law this legislative session requiring newly constructed public buildings, or a public building doing a bathroom makeover of $10,000 or more, to put in changing tables an adult can fit on.

“For us, it’s a basic human need,” said Scott, whose teen daughter has to wear a diaper due to her disabilities.

“Whenever we leave our home, this is a concern that comes up.”

Rep. Richard Andrade, a Glendale Democrat, said he sponsored HB 2529 because it seemed a simple fix, a “no-brainer.”

Caring for a teen or an adult child with certain disabilities, or an elderly parent with incontinence, is challenging enough for families, he said. This proposal is a simple way to make things a bit easier, he said.

Kern could not be reached for comment Friday. Andrade said he has tried to reassure Kern that the bill will not affect small businesses. If the bill does not move forward early this week, the only hope will be attaching it to other legislation or substituting it for another bill.

Scott said it’s distressful to have had the legislation make it this far, then stall out.

“I find it interesting that in 2016, most major airports created a place for animals to go to the bathroom,” she said “My daughter is a human being. Why can’t we retrofit a bathroom with a $300 table?”

Weaton’s oldest daughter is 12 and has become too tall and heavy for a child’s table. Universal changing tables, as they are sometimes called, would enable her to be out with her family with much greater ease.

“It’s getting hard and harder to take her with us when we go out,” she said. “This is going to be a lifetime need for us.”

Having a table set up in a private, family bathroom would be ideal, she said.

Nancy Hartman, a Tucson special education teacher, sees the need for adult-sized changing tables in both her professional and personal life.

Hartman’s elderly mother has Alzheimer’s Disease, uses a wheelchair and is incontinent.

“If we do take her out, our concern is where will we be able to change her,” Hartman said. “We’re always worried about the timing and whether we’re going to make it.”

Get ready for a warm week, Tucson!

Westbound I-10 reopens near Benson

Police are investigating after a man robbed a bank in north Tucson Monday afternoon.

Marianne Scott helps her daughter Maycee, 17, to the floor as the family prepares to play a card game. Scott is pushing for a law that would require newly constructed public buildings and buildings being renovated to add adult changing tables.

Parker Scott, 10 and Chloe Scott, 9, help sister Maycee, during a game of Uno in their living room in Sahuarita.