The Copper Queen Library in Bisbee was recently named the best small library in America by the leading publication for bibliophiles.

According to Library Journal, the 137-year-old institution in Cochise County took home the top prize for 2019 thanks to its innovative efforts to expand services to the community, including early literacy programs, a seed library for gardeners, and a slate of unconventional items available for checkout, such as sports equipment and Wi-Fi internet hot spots.

A beaming Macoviak said the Copper Queen is the first library in Arizona to win the prize, though the Patagonia Public Library previously finished second in the competition.

He said he couldn’t believe it when a representative from the journal first called him with the news.

“I thought it was a sales call, so I kind of brushed it aside at first,” Macoviak said.

In its Sept. 6 write-up on the award, Library Journal took particular notice of what the city-owned library did when budget cuts forced the Cochise County Library District to park its bookmobile.

After two years of planning, the library opened a rural annex in December to serve roughly 150 families in Bisbee’s San Jose neighborhood and residents of the nearby border town of Naco.

Using an all-volunteer staff and bookshelves built by local high school students, the grant-funded annex provides everything from preschool reading services to books and computers for adults.

The Friends of the Copper Queen Library will host a celebration of the award on Friday, Sept. 27.

Macoviak said the library has come a long way since it first opened in 1882 inside the mine’s company store with a small collection of books sent from back east.

According to one popular version of events, visiting mine officials arrived in Bisbee to find a man strung up by a lynch mob and decided their workers needed something less aggressive to do with their time.

The library moved to its current location, upstairs from the post office, in 1907.

Photos from those early days show a few shelves of books upstairs and a collection of tables on the main floor surrounded by men playing cards.

The spittoons are gone, Macoviak said, but the Copper Queen Library still uses some of the original furniture and still serves as a community gathering place.

Since mine owner Phelps Dodge turned the library over to the city in 1976, it has evolved and expanded to offer a range of programs and services that include photo-copying, a small community garden, patio seating overlooking downtown and a discount used bookstore operated by the friends group as a fundraiser.

Macoviak said Bisbee is home to about 5,500 people and roughly 3,000 of them carry library cards.

“Libraries are more than librarians shushing people. They’re community spaces,” he said. “We encourage people to sit down and talk to each other.”

It’s been a big month for library news in Bisbee.

The city also made headlines recently when a long-lost bronze sculpture that used to sit in front of the historic Los Angeles Public Library turned up in a Bisbee antique shop.

That prompted a visit from Los Angeles City Librarian John Szabo, a bit of a rock star in the library world, who came to town on the same day in early September that Macoviak and Williams were in Vermont to accept their award.

And while he was in Bisbee, Szabo stopped in to see the local library, “as librarians do,” he said.

According to Szabo, it is “a very, very big deal” to receive the top prize from the main professional journal for librarians. Judging from his tour of the Copper Queen, he said the honor was well-deserved.

“I immediately could tell it was a wonderful library,” Szabo said.

Minnesota-based Opus Development Company will spend an estimated $63.7 million to build the mixed-use development at the site of the former Maloney's Tavern.

A tornado with peak winds of 90 to 100 mph touched down in Willcox Monday night, leaving damaged homes, power lines and trees in its wake, the… 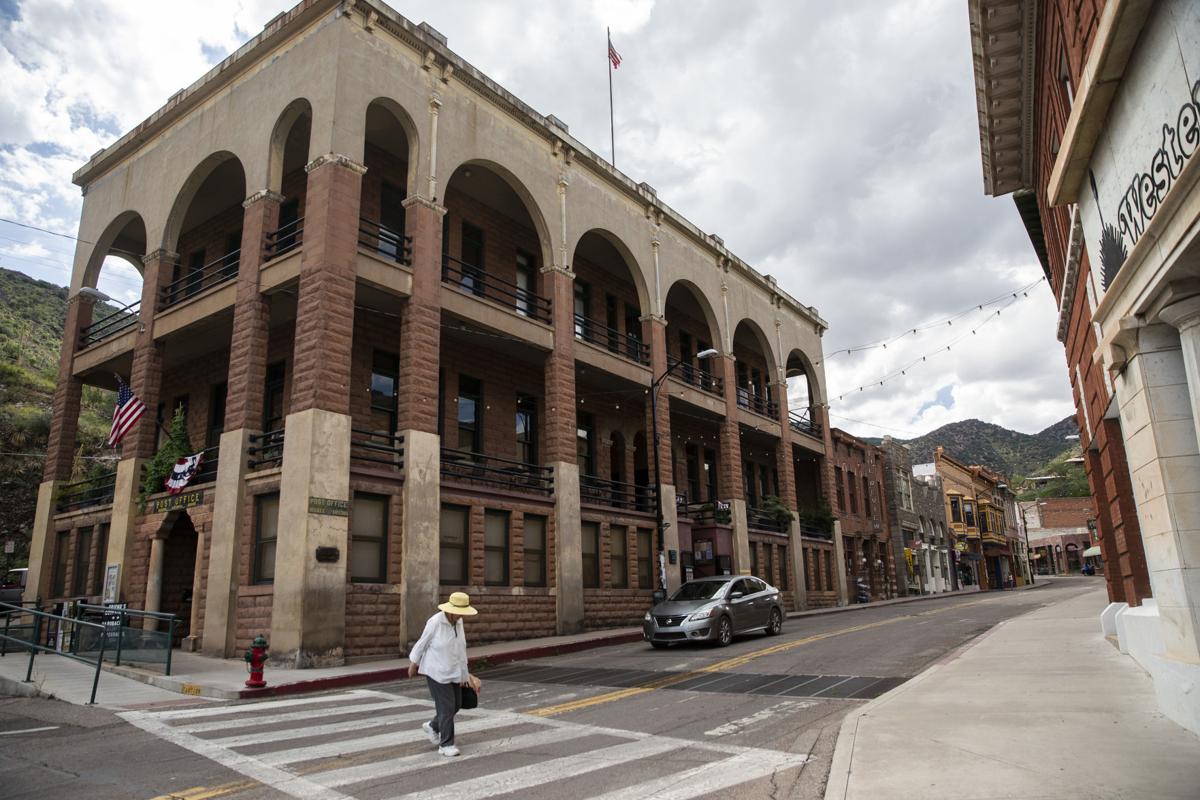 The 137-year-old Copper Queen Library in Bisbee was named 2019’s best small library in America by Library Journal due to its innovative efforts to expand services to the community, such as early literacy programs and a slate of unconventional items available for checkout. 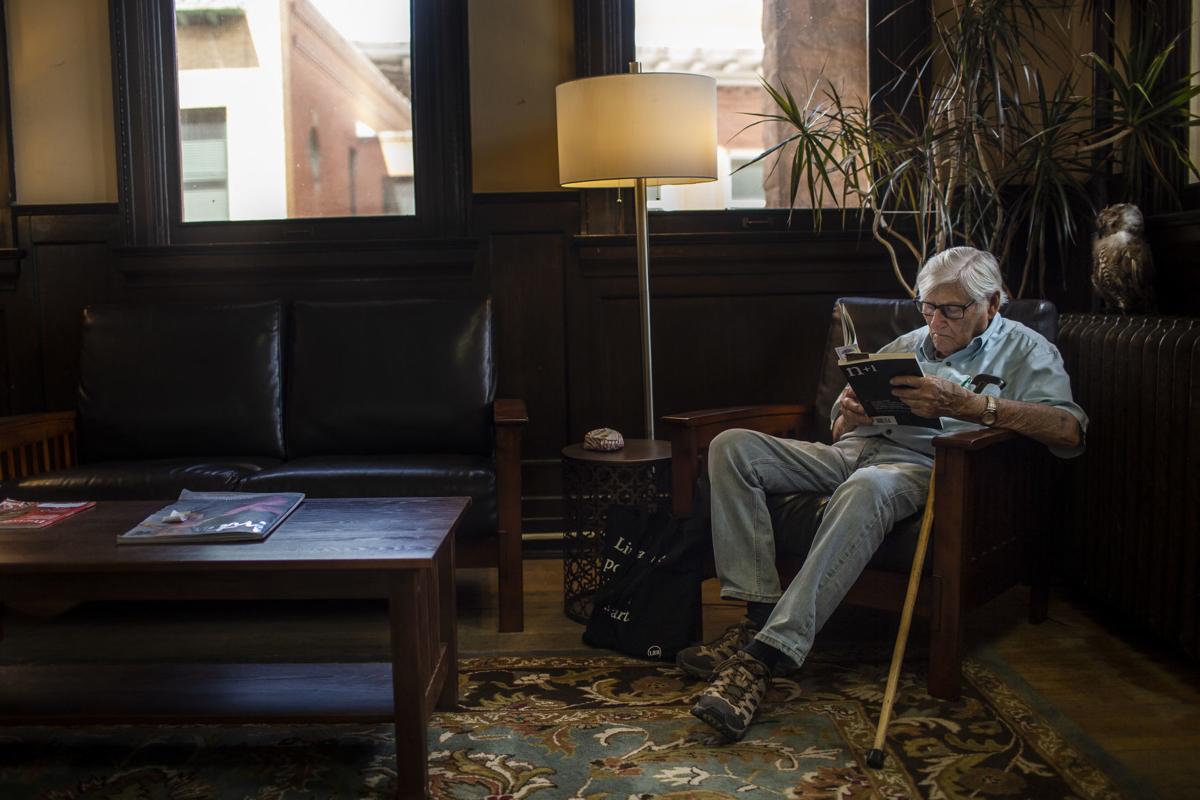 Joe Gillaland, a Bisbee resident since 1964 and local author, reads a book in the lobby of the Copper Queen Library, which started as a library for the town’s miners 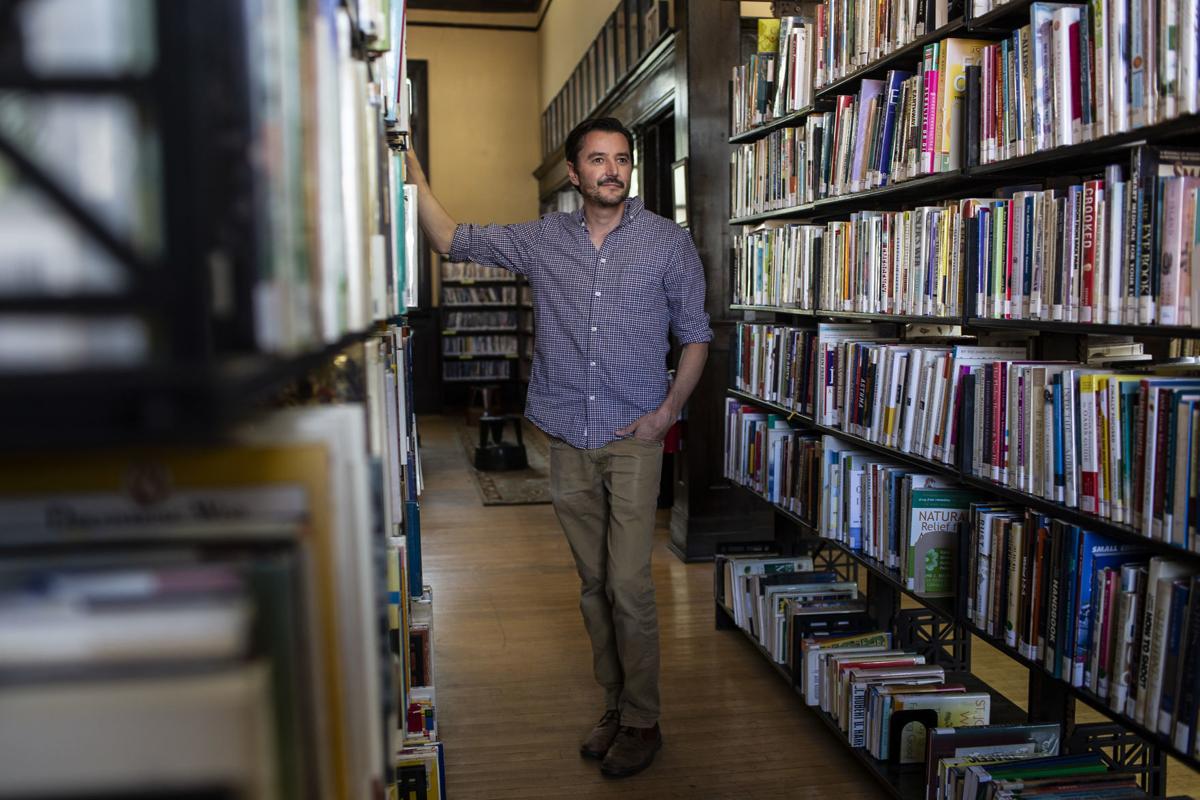 Library manager Jason Macoviak says, “Libraries are more than librarians shushing people. They’re community spaces. We encourage people to sit down and talk to each other.” 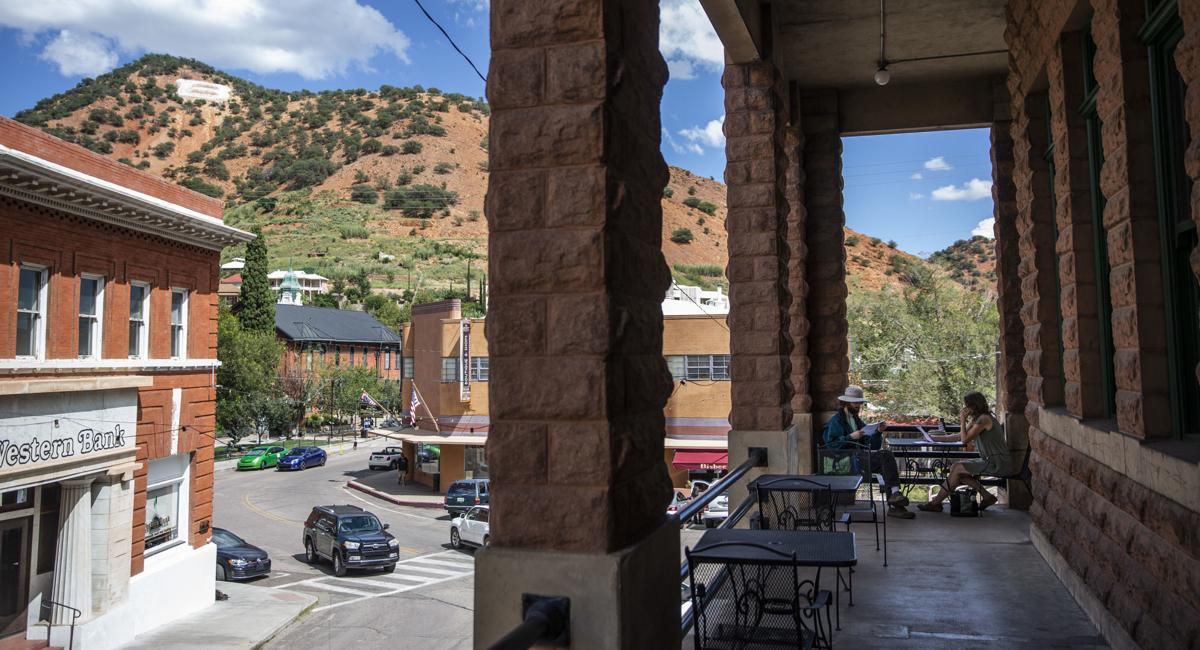 According to one popular story, mine officials arrived in Bisbee and witnessed the aftermath of a lynching. They decided to create the Copper Queen Library to give workers something less aggressive to do with their time. 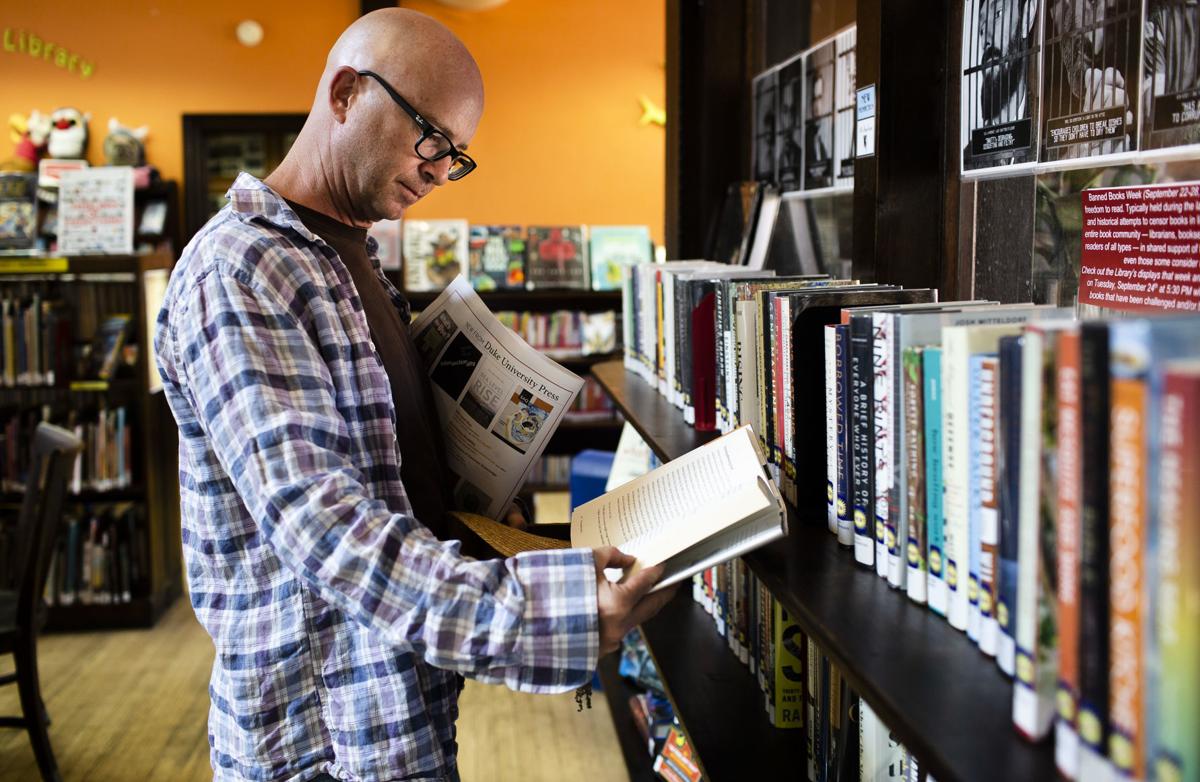 Bisbee resident Tom Holz looks through a shelf of books at the Copper Queen Library Wednesday, Sept. 18, 2019. Holz often stops by the library after picking up his mail at the Post Office below. The library in Bisbee was named the Best Small Town library in the United States by the Library Journal publication.