Read Today's E-Edition
Share This
At monsoon time, Tucson's toads go looking for love — and maybe a swim
Share this
1 of 5 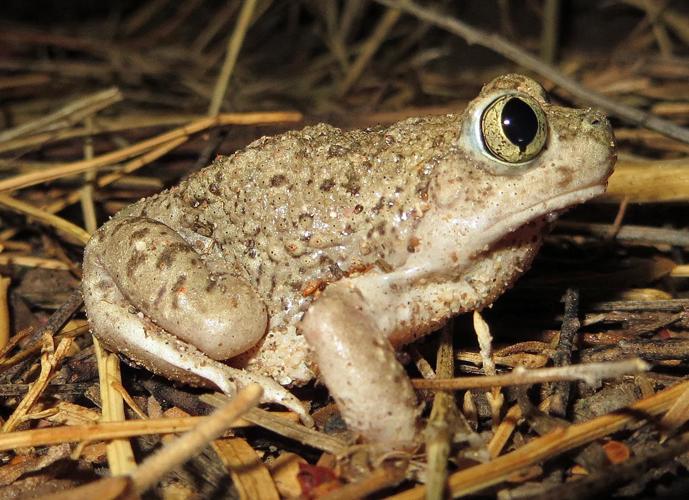 Mexican Spadefoot toads are one of many species who seem to appear out of nowhere during the monsoon in Tucson, filling the night with their distinctive calls and, occasionally, ending up in people’s swimming pools. 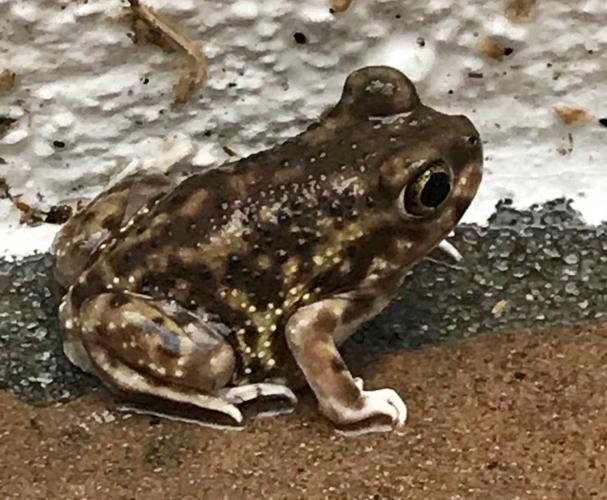 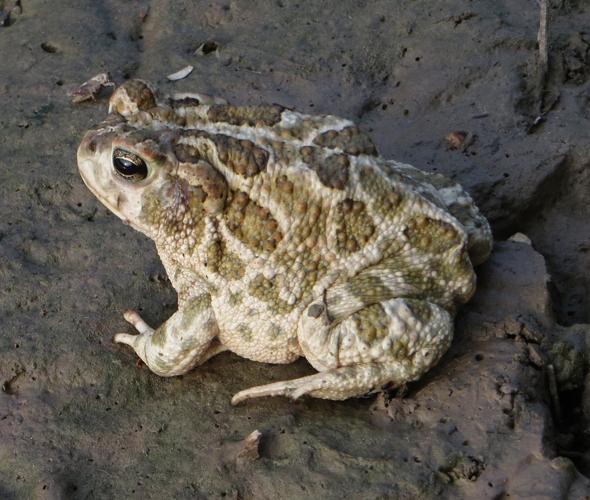 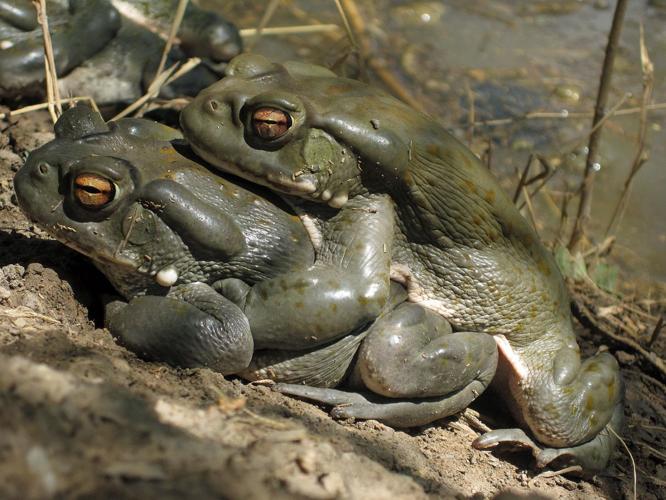 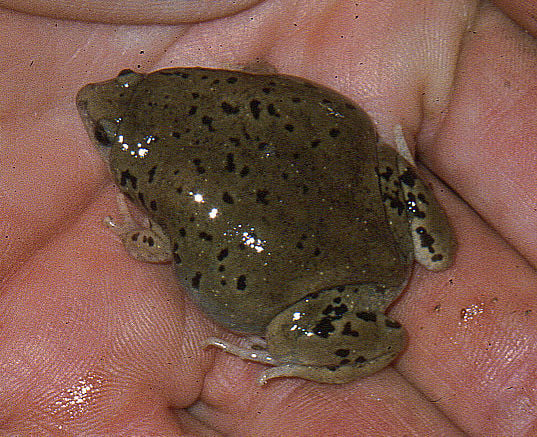 If you’re going to make it as an amphibian in the desert, you have to get hopping when an opportunity presents itself.

Monsoon season in Tucson is also mating season for a variety of native frogs and toads.

They seem to appear out of nowhere after the first big thunderstorm, filling the night with their distinctive calls and, occasionally, ending up in people’s swimming pools.

Truly Nolen exterminator Jeremy Christopherson said he gets one or two calls each summer from a customer with a small plague of frogs in and around their pool.

There isn’t much he can do about it, though. “It’s out of my scope of practice, let’s put it that way,” Christopherson said.

University of Arizona research scientist Phil Rosen said there are about a half-dozen different species local residents might see from now until late August — all of them adapted to survive through long dry spells and breed right away when things occasionally get wet.

They’re mostly active at night, but if conditions are right “they’ll be out in the daytime doing it — and I literally mean doing it,” Rosen said.

The most common of them is the Couch’s spadefoot, a blotchy, 3-inch, green and yellow toad that’s technically not a toad at all.

According to the Arizona-Sonora Desert Museum, the spadefoot lies dormant underground during hot, dry periods and is drawn out of hiding not by monsoon moisture but by the low-frequency sounds and vibrations of rainfall and thunder.

No one reproduces faster, Rosen said. Their eggs have been known to hatch in just 15 hours, and they can complete the transformation from “tadpole to hopper” in as little as a week — assuming the puddle they are deposited in lasts that long.

In addition to the all-important moisture, amphibians are drawn out this time of year by another monsoon mainstay: flying ants. After a storm, Rosen said, swarms of the insects will emerge, touching off a feeding frenzy by frogs and toads.

Other local species include the red spotted toad, which is especially common in the Catalina Foothills; the Mexican spadefoot; the deafeningly loud Great Plains toad; the aptly named Western narrow-mouthed toad; and the brightly colored Sonoran green toad, which Rosen described as a “beautiful jewel of the desert.”

You also might see the tiny canyon treefrog, if you follow intermittent streams into the surrounding mountains.

Depending on where you live, any of these species could potentially wind up in your swimming pool, Rosen said.

For some, it’s a one-way trip. They jump in but can’t get out, eventually exhausting themselves and drowning or succumbing to pool chemicals.

So what can pool owners do to keep the frogs and toads out this time of year? “Get rid of the water,” Christopherson said with a laugh.

Rosen suggests fencing pools with aluminum flashing or another material that is partially buried in the ground, so toads and frogs can’t squeeze under it or climb over it.

If you do find one in your pool, simply scoop it out and place it in a cool, shady spot, Rosen said.

There are also several ramps and floating platforms on the market — including one called a FrogLog — designed to help amphibians and other animals escape from pools.

Just don’t ask Christopherson to come take care of the problem for you. Though the unwritten motto of his profession is “if it bugs you, it’s a pest,” he draws the line at killing toads, frogs and lizards — either on purpose or indirectly with the overuse of pesticides that collect in the environment.

As far as he’s concerned, insect-eating reptiles and amphibians are the allies of bug guys like him. “They’re helping us. They’re making our job easier,” he said.

So this monsoon season, spare a thought for our desert-adapted amphibians as they wriggle from the ground in search of love and a little lunch.

Their numbers appear to be declining in and around Tucson, and we’re all likely to miss them when they’re gone, Rosen said. “If we run the planet down to cars and cockroaches, it’s going to be pretty damned boring.”

Photos: A look at what life was like in Tucson in the 1960s

Across Pima County, 12,406 cases of coronavirus have now been confirmed, up 292 cases from the day before.

Snakes, frogs and science students had a friend in Schwalbe

Cecil Schwalbe, 80, was Arizona's first state herpetologist and a career scientist and educator, dedicated to the study and conservation of reptiles and amphibians.

As Oro Valley opens its new Vistoso Trails Nature Preserve, one nearby resident is finishing work on a field guide for more than 250 different plants and animals found there.

Mexican Spadefoot toads are one of many species who seem to appear out of nowhere during the monsoon in Tucson, filling the night with their distinctive calls and, occasionally, ending up in people’s swimming pools.