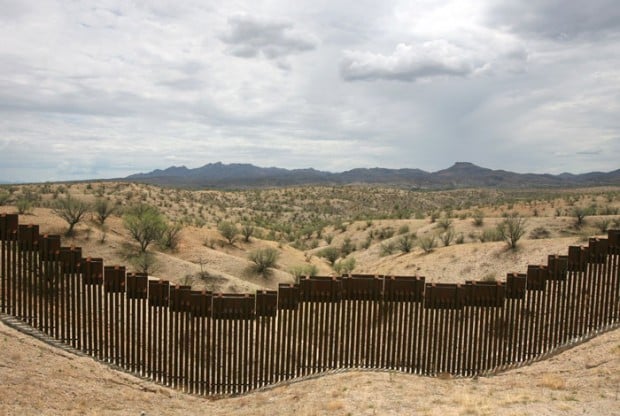 The U.S.-Mexico border wall stretches across the landscape east of Nogales, Ariz. 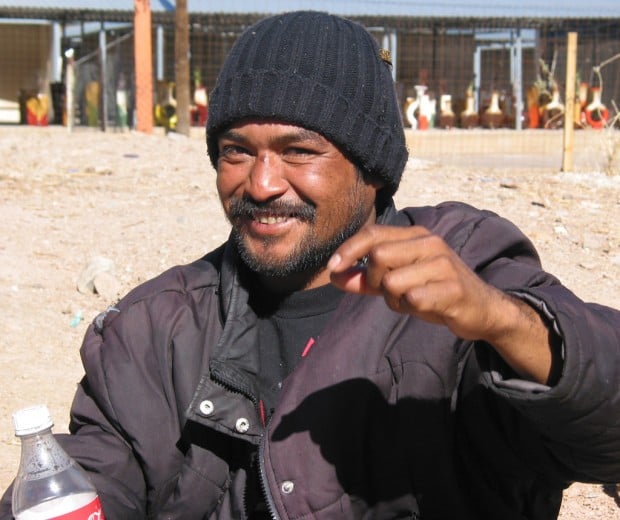 Manuel Hernández, recently deported, said he hopes to try another crossing once the weather warms up. 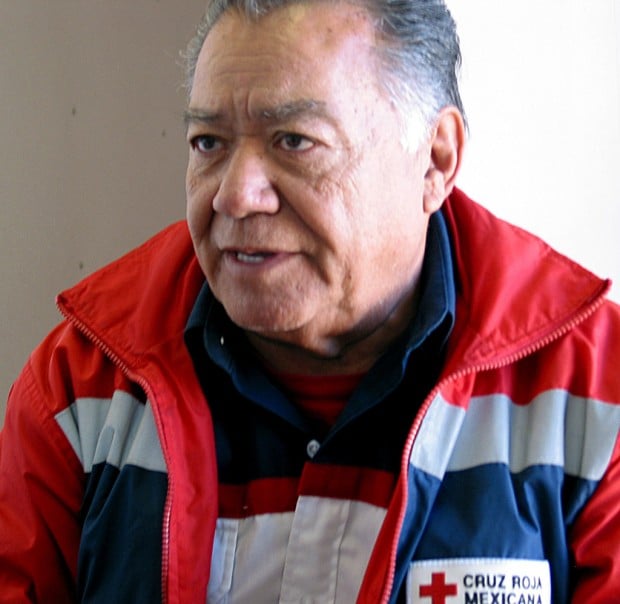 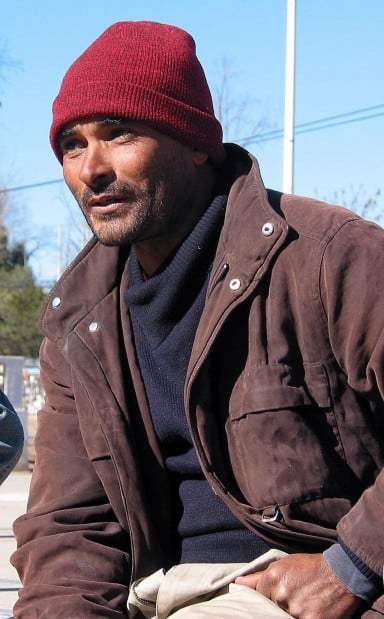 Manuel Hernández was wearing three jackets, two pairs of pants and a beanie when he crossed the border illegally a couple of weeks ago.

He knew the temperatures dropped at night, but he had no idea how cold it would get.

"I couldn't even move because I was so cold," said the 32-year old native of the Mexican state of Veracruz, where average temperatures near the capital are in the 70s.

He was deported from Arizona and was in Nogales, Sonora, last week waiting for warmer weather before trying again, he said, speaking Spanish.

The desert is often associated with the scorching summer days, when stories of illegal immigrants dying of dehydration are plentiful.

But law enforcement officials and groups that work with the migrant community warn that cold temperatures are also dangerous.

Temperatures can drop drastically in the winter, and hard winter freezes are common, he said.

Last month, a group of 27 men, women and children was found in the mountains south of Sierra Vista. About half of them were taken to a local hospital for possible exposure, according to the Border Patrol's Tucson Sector.

The average temperatures in Sierra Vista in December go from a high of about 62 degrees to a low of nearly 34 degrees, according to the National Weather Service, but some days the range can be even wider.

McKenzie said agents don't usually see groups of that size. But "with this said, it is important to realize illegal immigrants are being victimized and lied to by smugglers who lead them through treacherous terrain and expose them to extreme conditions. Those unable to keep up are left behind, often to be later rescued by Border Patrol agents."

While the summer is still the most dangerous for unauthorized border crossers, there are deaths year-round, said Dr. Gregory Hess, chief medical examiner at the Pima County Medical Examiner's Office, which also covers Cochise and Santa Cruz counties.

"In remote areas it gets really cold, especially if people get rained on. There's a danger of succumbing to hypothermia," he said.

Dehydration is still a leading cause of distressed people and deaths due to excess layers of clothing, rugged terrain and the false assumption that less water is needed during cold weather, said McKenzie, with the Border Patrol. The trek across the desert can take several days to weeks.

Amado Coello, a state coordinator with the Mexican Red Cross who works along the Sonoran border, said the cold doesn't deter migrants.

"We see some people who are freezing. They come with respiratory problems, but they still have this idea in their heads that they want to leave," he said, speaking in Spanish inside a mobile aid clinic in Nogales, Sonora.

Celio Ramirez, 39, who also was deported a couple of weeks ago and was waiting outside the Mexican Red Cross clinic in Nogales, said he spent four days walking in the desert, seven hours a day until his group was caught by the Border Patrol.

"The cold is definitely tough," he said in Spanish. "You feel your bones are going to freeze to death."

He said a friend of his was having problems breathing.

Hernández said many immigrants try to cross the desert during the holidays because they believe that there's going to be reduced immigration enforcement.

"But it's the same any time of the year," he said.

For the names of those who have died attempting to cross the border from Mexico, search the Border Death database at azstarnet.com/ borderdeaths

Number of bodies and remains found during some of the coldest months of the year:

Deportations from AZ are down sharply

When it comes to deportation, Arizona seems to be bucking the overall national trend.

The U.S.-Mexico border wall stretches across the landscape east of Nogales, Ariz.

Manuel Hernández, recently deported, said he hopes to try another crossing once the weather warms up.