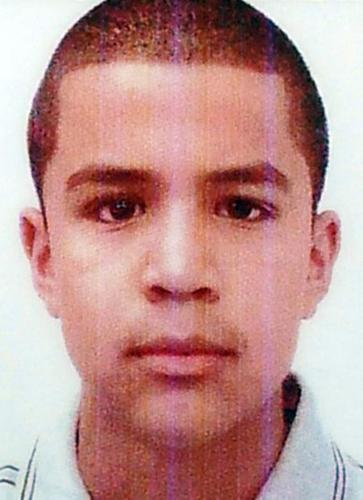 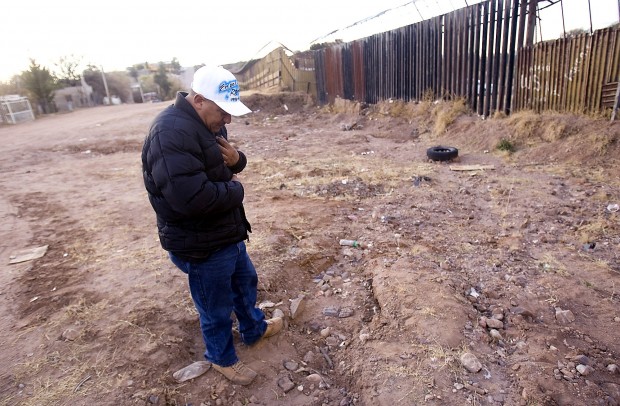 A family friend stands near where Barron was killed. 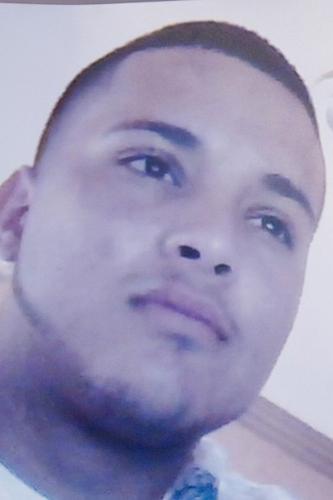 NOGALES, Sonora - As family and friends cried over his casket in a house just south of the border, the facts surrounding how Ramses Barron Torres died earlier this week remained murky.

What is known for certain is that Barron, 17, died shortly after 3 a.m. Wednesday near the U.S.-Mexico border fence less than a mile east of downtown Nogales during an apparent confrontation with Border Patrol agents. What exactly occurred in a shallow wash between two hills, however, is unclear.

Sonoran state police who investigated the incident said Barron was fatally shot by a Border Patrol agent as the teen was climbing the border fence.

An autopsy determined the cause of death was a bullet that entered through the outside of his right arm and went through his chest, puncturing his lungs and spleen, according to a news release from the state police.

A spokesman for the Sonoran Attorney General's Office told the Nogales (Ariz.) International newspaper there is a Nogales, Sonora, police surveillance video of the incident but the office hasn't reviewed it yet. Calls to that office by the Arizona Daily Star were not returned.

The FBI, which is investigating the incident as an assault on a federal agent, wouldn't confirm or deny if Barron was fatally shot by a Border Patrol agent.

FBI spokesman Manuel Johnson has said agents were attempting to apprehend drug-smuggling suspects when other people began throwing rocks at them. An agent fired at the rock throwers, but it's unknown what happened after that, Johnson said.

"Due to the investigation remaining ongoing it would be inappropriate to make further comments at this time," Johnson wrote in an e-mail Friday.

The Border Patrol has confirmed that at least one agent fired shots while agents were assaulted with rocks by several people. That agent, whose identity has not been released, is on administrative leave, said Border Patrol spokeswoman Colleen Agle.

"A thorough, multiagency investigation is currently ongoing," she said in an e-mailed statement.

Family members say Barron was probably crossing over the fence to visit his girlfriend who lives in Nogales, Ariz.

The family said the teen was with a friend at the time. The friend later told them that Barron was standing on the Mexican side of the fence when he was hit by the bullet.

Several large signs hung from the chain-link fence in front of the family's house demanding justice.

"We demand justice and that the assassin of Ramses, son of Calle del Rey, be given impunity. We ask for the government's assistance," said a sign in Spanish.

Calle del Rey is the street where Barron lived with his mother and 12-year-old sister in a small house in the steep hills east of downtown.

He grew up in the poor neighborhood along the border. Their house is about 1,000 feet from where the shooting occurred.

Dozens of friends mingled inside, on the porch and on the dirt street. Many wore T-shirts with Barron's picture that said in Spanish: "We will always remember you. Rest in peace." Many of the men wore hats that read "Rest in peace Ramses," with his date of birth and death.

He had many friends and almost as many girlfriends, said his stepfather, Armando Caraveo. "He was very popular," Caraveo said. "Look at all these people."

His mother, Zelma Berenice Barron Torres, called him a good boy who liked to spend time on the Internet, listen to music and dance. He was still a student, and was getting ready to take a blacksmith's class, she said.

"He was very happy; he had a lot of friends," she said in Spanish. "He wasn't a drug addict."

She has a meeting Monday with Mexican Consulate officials but she's unsure what it's about. She hopes they can help make sure a thorough investigation is carried out.

"That's why we want justice," she said, pointing to the casket. "We don't want them to get impunity. If they let this go, they are going to let other things go, too, and everyone over there (United States) is going to get off free."

What is the Florida Python Challenge?

What is the Florida Python Challenge?

A family friend stands near where Barron was killed.