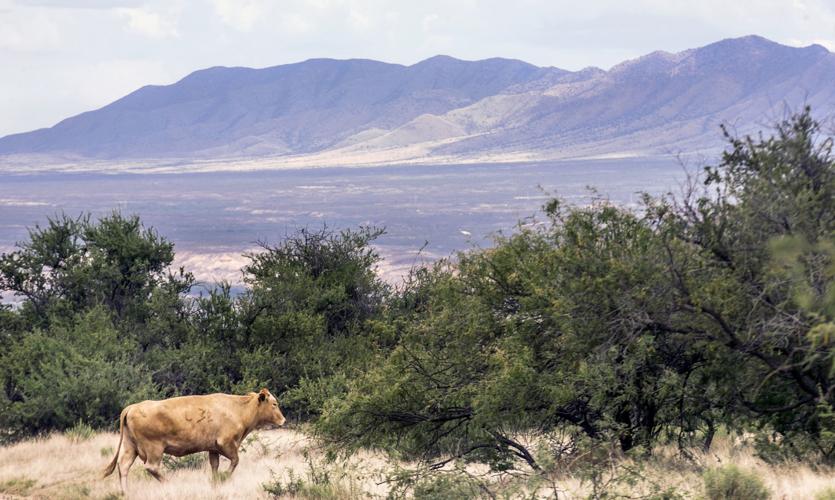 The proposed location of the 28,000-home Villages at Vigneto is along Arizona 90, south of Interstate 10. The development will cover about 12,400 acres, with lakes and 40-acre park. 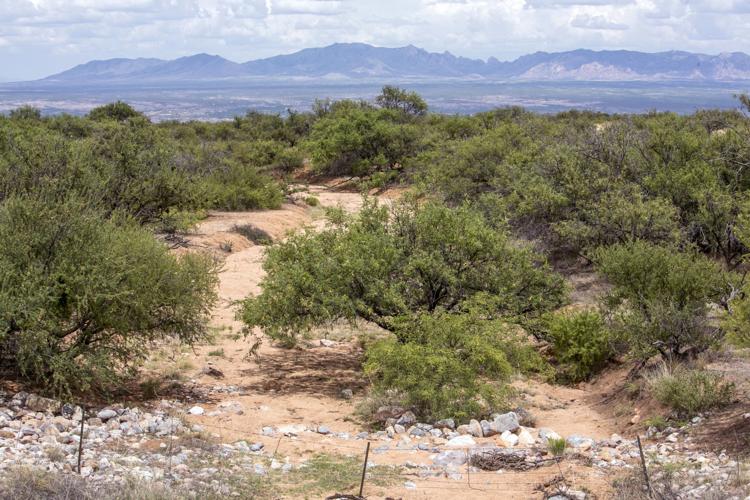 Villages at Vigneto would be built along Arizona 90 between Interstate 10 and Kartchner Caverns State Park. 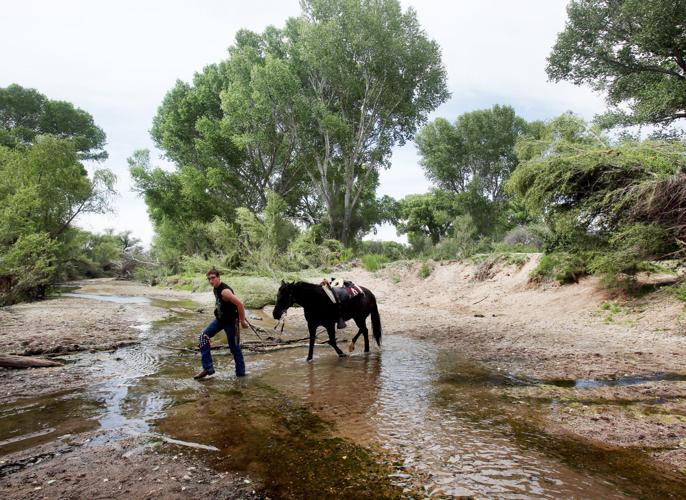 A 28,000-home development in Benson near the San Pedro River could start construction next year, now that federal officials have reinstated a crucial permit that had been on hold.

The U.S. Army Corps of Engineers told developer Michael Reinbold of El Dorado Holdings in Scottsdale that it has approved a Clean Water Act permit for the project “with modifications.”

The Corps’ action reinstates a permit it had approved in 2006 but suspended in July 2016 for additional environmental reviews. That came two months after environmentalists sued the agency over the permit.

Environmentalists say the groundwater pumping for the Vigneto project could dry up the San Pedro River, the Southwest’s last major free-flowing desert river.

The project, as approved by Benson officials, will cover about 12,400 acres. The 2006 permit covered dredge-and-fill activities in 51 acres of washes on an 8,200-acre section of the property.

The proposed master-planned project has been promoted as a Southwestern version of a village in the Italian region of Tuscany. The Vigneto community would include vineyards, orchards, effluent-filled lakes, a 40-acre park, trails, open space and golf courses.

George Scott, director of the Southeast Arizona Economic Development Group, said he expects El Dorado to make an official announcement of its plans in January. Scott expects the company to start building roads, sewer and water lines and other infrastructure for the project by mid-2019, with home construction starting probably a year or two later, he said.

“I think it’s a good project. It will be good for Cochise County and Benson. It will bring a lot of employment and increase the tax base for the county,” Scott said.

Asked about project impacts on the San Pedro, Scott replied, “I believe that’s all been addressed. The Corps of Engineers, the EPA, everybody addressed it. It’s been taken care of, far as I know.”

But environmentalist Robin Silver warned Tuesday: “Once they start groundbreaking activity, we’ll go into court and seek an injunction” to halt construction.

The Tucson-based Center for Biological Diversity, for whom Silver works, the Tucson Audubon Society and other environmentalists are concerned about the groundwater pumping. They had no immediate comment because they didn’t receive details of the Corps’ decision until late Tuesday.

Mike Reinbold, a partner for the project’s development firm, didn’t return a call Tuesday seeking comment on the Corps’ action. He was the first to make the agency decision public, at an economic luncheon in Benson last week. The Corps issued the decision Oct. 17, but until Tuesday hadn’t released it publicly.

The Benson City Council approved the project’s final development plan in July 2016. It wasn’t clear Tuesday what other local permissions Vigneto needs before land-clearing can begin.

Benson Councilman Lupe Diaz said the project is needed because economic reports prepared by Cochise College have shown Cochise County in economic decline for a decade.

“The county’s pretty much drying up. There’s a quandary here. We find ourselves wanting to stay rural. At the same time, we will be more than just rural if we don’t change some things that will bump the economy a little bit,” Diaz said. “A lot of our talented youth, they are going to college in Tucson or Phoenix and don’t come back because there is nothing available for them here.”

To environmentalists, however, the impacts haven’t been addressed, and that’s been the main source of the conflict over the project in recent years.

Silver’s group commissioned a study, for instance, that concluded in 2016 that the project’s pumping could deplete water levels under the St. David Cienega, a lush wetland area lying south of Benson at the north end of the 57,000-acre San Pedro Riparian National Conservation area.

The same year, that group and five others sued the Corps, seeking a revocation of the 2006 Clean Water Act permit on the grounds that the agency hadn’t adequately reviewed the project’s potential impacts on endangered species.

Among those species, the endangered Western yellow-billed cuckoo and the threatened northern Mexican garter snake have been named as imperiled species since the original, 2006 Vigneto permit was issued.

In July 2016, the Corps wrote the developer that suspending the permit was in the public interest while formal endangered species reviews were done.

But the project’s chances increased markedly about a year ago, after the U.S. Fish and Wildlife Service agreed with the Corps’ that the review of endangered-species impacts could be limited to those caused by the dredging and filling of the project’s washes. Previously, the service and the EPA had said the review had to cover the entire project’s impacts.

In December 2017, however, the EPA wrote to the Corps, sticking to its past position, and recommending a broad analysis covering all 12,399 acres. The broader analysis was needed to address “direct, secondary and cumulative impacts,” EPA’s Samuel Ziegler wrote to Col. Kirk Gibbs, district engineer for the Corps’ Los Angeles District.

In discussing mitigation, the EPA said an updated plan needs to comply with the Corps’ rules for acreage to be saved, as well as for ecological performance standards, a detailed five-year monitoring plan and a long-term management plan.

In the Corps’ Oct. 17 letter to Reinbold, the agency applies numerous, mostly routine conditions to the project. Developers must:

Comments on the controversial development's suspended Clean Water Act permit must be received by Dec. 4.

Environmentalists say the wildlife service's letter is a victory for threatened wildlife in the San Pedro Valley.

Environmental groups want a review of the project's impact on endangered species in the area.

While the results are preliminary, they represent the "best available science," said development opponent.

Report is based partly on untested assumptions that would buck recent economic trends in area.

Tucson Hispanic Chamber of Commerce is among groups pushing for the 28,000-home project.

Could the 28,000-home project dry up the lower San Pedro River?

Court agrees to decide whether cities can force businesses to do work for customers that violates their religious beliefs.

Tucson man arrested at border for trying to smuggle 3

A Tucson man has been arrested on suspicion of trying to smuggle three Mexican nationals into Arizona, Border Patrol agents say.

After a woman was evicted from her home, Tucson's Pima Animal Care Center was able to take in 15 of her dogs on Tuesday.

Officials are searching for a man who they say attempted to secretly take photos of a woman in a local Goodwill store.

A Phoenix rescue group had planned to put the bird up for adoption if nobody came forward after one month.

Gaylord Patrick Garrett, 48, faces a charge of second-degree murder in the crash.

Trump administration's proposal would help developers of land along streams and washes, as well as the Rosemont Mine.

Ray Turner, ecological pioneer of the Sonoran Desert, dies at 91

Turner used photos to document population shifts of saguaros and other desert natives.

The permit suspension means further delay for the Villages at Vigneto project, slated to bring 28,000 homes and 70,000 people to Benson.

The proposed location of the 28,000-home Villages at Vigneto is along Arizona 90, south of Interstate 10. The development will cover about 12,400 acres, with lakes and 40-acre park.

Villages at Vigneto would be built along Arizona 90 between Interstate 10 and Kartchner Caverns State Park.