Interior secretary was involved in Vigneto whistleblower case, document shows
Share this
1 of 2 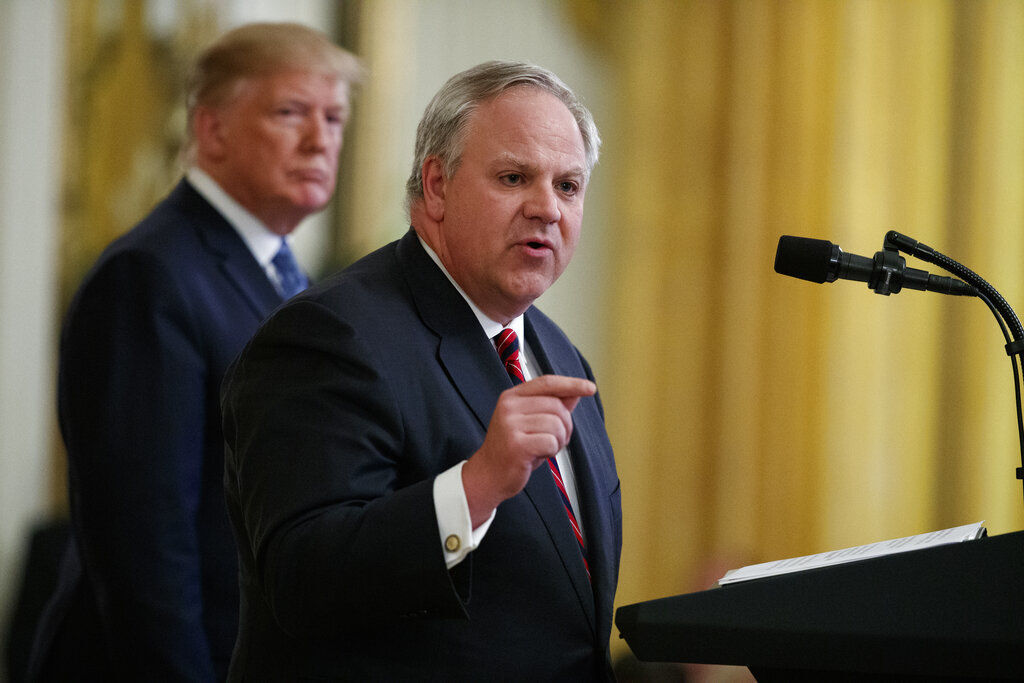 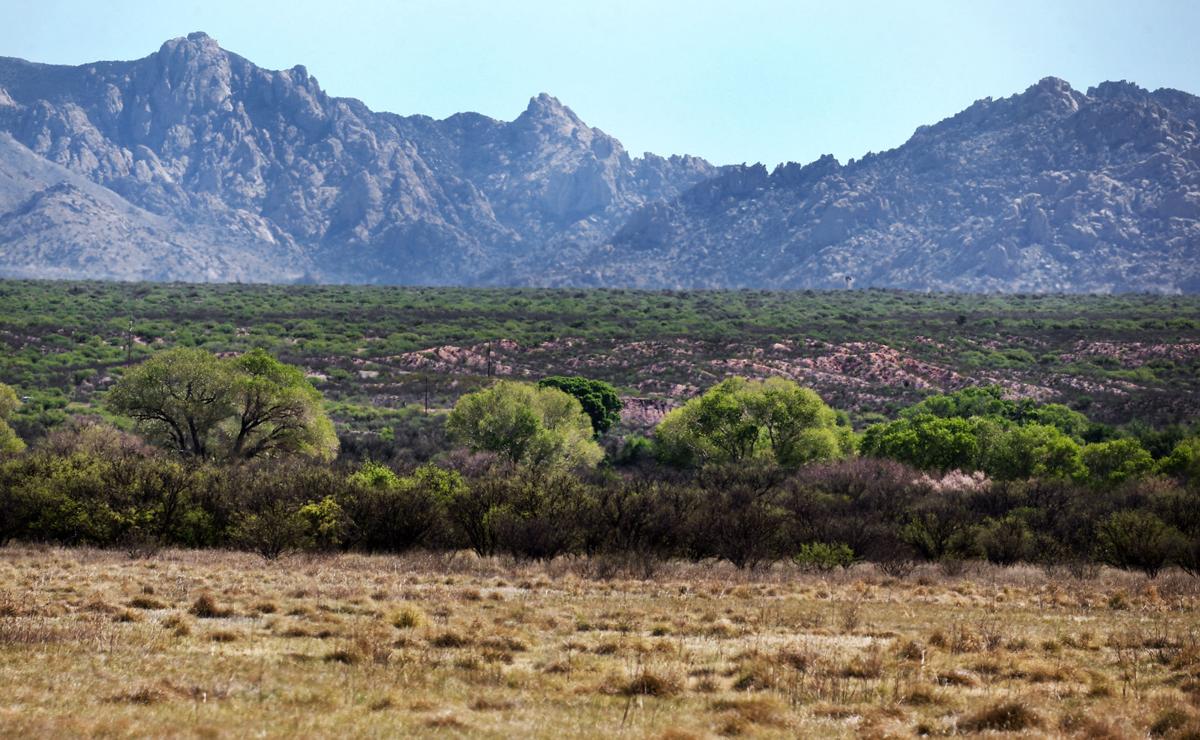 Rep. Raul Grijalva, chairman of the U.S. House Natural Resources Committee, says the panel has not decided whether undue political pressure was exerted on Fish and Wildlife Service official Steve Spangle to reverse his call for a thorough analysis of Vigneto’s projected impact on the San Pedro riparian area, above.

Interior Secretary David Bernhardt was directly involved in a federal decision to overturn another official’s insistence on a thorough analysis of a 28,000-home Benson project’s impact on the imperiled San Pedro River, a court document shows.

In August 2017, when Bernhardt was deputy interior secretary, he met secretly with a top official of El Dorado Holdings, the developer of the planned Villages at Vigneto, says the Justice Department document.

The meeting was part of what the Justice Department called an “extended legal conversation” among federal policymakers. The meeting led to a decision to scrap a previously imposed requirement for analysis of the entire development’s environmental effects, the court document shows.

The document is the first public admission by the federal government that Bernhardt was involved in actions to reverse a previous ruling by Fish and Wildlife Service official Steve Spangle requiring that analysis.

“The developer did an end run”

Spangle, a former Arizona field supervisor for the service, has said that in fall 2017 — under political pressure from higher-ups — he reversed a 2016 ruling he had made ordering the analysis. Interior officials have denied political pressure was involved.

Spangle’s reversal led directly to a 2019 decision by the Army Corps of Engineers to reinstate a 13-year-old Clean Water Act permit for the development that had been suspended since 2016. The permit reinstatement has since been challenged in a lawsuit filed by environmental groups that is still pending.

Last year, after Spangle made his allegations, first to the Arizona Daily Star and then to other media outlets, Interior officials would not respond to questions about Bernhardt’s involvement.

Spangle has long suspected that Bernhardt was the “high-ranking political” appointee who told an Interior Department attorney to tell him that “your position (on Vigneto) is not the administration’s position,” in Spangle’s words.

Spangle said he was told that by Peg Romanik, an attorney in the department’s solicitor’s office, on Aug. 31, 2017, two weeks after Bernhardt met privately with Mike Ingram, El Dorado’s CEO. Romanik has not commented on Spangle’s allegation.

What normally would happen in a dispute like this is that the Corps’ southwestern regional office would elevate the issue to agency higher-ups, ultimately taking it to Washington, D.C., officials for review, he said. In fact, Corps officials in Arizona had told him they would do that — before Interior officials in Washington intervened, he said.

“That process was short-circuited when the developer did an end run and went straight to Bernhardt,” Spangle said.

Spangle and Romanik did discuss the Vigneto case that same day via emails — which attorneys who filed suit against Vigneto obtained through the federal Freedom of Information Act. But most of the email messages were at least partly blacked out by the federal government.

Also, Bernhardt’s official calendar shows that he held two meetings with Romanik on Aug. 31 — one before and one after the Vigneto conversation that Spangle said he had with Romanik.

In an Aug. 31 email, Romanik wrote another Interior Department attorney that a just-finished meeting with Bernhardt “was on the Corps matter,” but didn’t elaborate.

In the same court document that disclosed Bernhardt’s involvement, Justice Department officials stood by the Interior decision not to require the detailed analysis.

Department attorneys said, among other things, that the need for the analysis was eliminated when El Dorado Holdings told federal officials in 2017 it could build the project whether the federal permit was issued or not.

That position is being challenged by the environmentalist lawsuit and by U.S. Rep. Raúl Grijalva, a Tucson Democrat and chairman of the U.S. House Natural Resources Committee.

Grijalva’s committee has been investigating the federal government’s handling of the Vigneto case since spring 2019.

To back up their view that no political pressure was applied to Spangle, Interior officials have noted that in summer 2019, Fish and Wildlife Service officials in Arizona revisited the case, and concluded — with no direction from Washington, D.C., officials — that Interior’s final decision voiding the sweeping environmental analysis of Vigneto was correct.

He noted the Natural Resources Committee hasn’t sought information on this case since Interior turned over documents about it in late 2019 and early 2020. The committee has found no wrongdoing in this case, Goldey said.

But Grijalva told the Star the committee still hasn’t reached a conclusion on Vigneto.

The committee has received nearly 1,200 documents on the case from Interior, covering more than 15,000 pages. Those include 422 documents consisting of 2,361 pages that the department considers confidential, whose release could threaten their legal position against the environmentalists’ lawsuit.

The committee, citing the ongoing investigation, declined the Star’s request for these documents.

Grijalva said the committee’s Vigneto investigation was sidetracked by its need to investigate the June 1 incident at Lafayette Square in Washington, D.C., in which U.S. Park Police under the Interior Department used tear gas to clear out protestors.

He hopes the Vigneto probe will be complete by December, he said.

“We’re going to continue to pursue it aggressively and hope that we have an administration that will look at potential corruption in the (Vigneto) decision and look at flipping this thing,” Grijalva said last week, referring to his hope that Democrat Joe Biden would defeat President Trump in the election.

Bernhardt recently held a Zoom meeting with members of the Arizona Daily Star’s editorial board. The meeting was held Oct. 20, before the Star was aware of the court records showing his direct Vigneto involvement.

“I’m not certain at this point in time that I do have a recollection about a meeting that may or may not have happened three years ago.”

He blasted Spangle’s past allegation that Romanik told him he should reverse his stance if he knew what was good for him politically.

“Let me be very clear about a statement like that. I believe that is a false statement,” Bernhardt said.

The Justice Department’s acknowledgment of Bernhardt’s involvement came in a legal brief filed in January.

The document was filed in opposition to a still-pending request by environmental groups filing the Vigneto lawsuit to obtain sworn statements from Spangle and Jason Douglas, a biologist in the wildlife service’s Tucson office, in an effort to document the alleged political interference.

The issue was whether that permit sought by Vigneto developers — for dredging and filling of washes for the project — was directly related to the entire development. Spangle’s original decision requiring a detailed environmental analysis found that such a connection exists.

“It’s likely that an appreciable volume of groundwater will be withdrawn to serve the development,” Spangle wrote in 2016. “That is likely to reduce the river’s flow,” in stretches proposed or designated as critical habitat for three endangered and threatened species, Spangle wrote.

In its brief, however, the Justice Department said that since this development can proceed without the federal permit, development activities outside the washes are outside the Army Corps’ control.

“In fact, the developer raised those concerns to the (Corps and the wildlife service), noting the ‘overzealous nature’ of certain staff,’” Rojewski wrote. “This type of behavior erodes the trust bestowed by the public, local and state government partners and even other federal agencies.”

Responding, environmentalist attorney Stu Gillespie said a development that could be built without a permit won’t have a transportation network capable of handling the project’s traffic load, because it would need to fill the washes to build the needed roads. The development built without a permit will dump its traffic onto an existing road, Arizona 90, causing gridlock, he said.

“El Dorado decided to short-circuit the process by secretly meeting with Bernhardt and getting him to direct Spangle to get out of the way,” Gillespie concluded.

The Army Corps of Engineers has given a green light to a developer that plans to build a 28,000-home development near the San Pedro River in S…

Allegations of political interference in the federal handling of a 28,000-home Benson development proposal are strong enough that they warrant release of a slew of heretofore confidential records, a judge in Tucson has ruled.

Incoming interior secretary faces many issues in Arizona and beyond, from water rights to climate

A big development proposed near the San Pedro River, unsettled tribal water rights claims, grazing, mining and climate change will all be on Interior Secretary Deborah Haaland's plate if she's confirmed. Many of these issues will take center stage in Arizona.

Rep. Raul Grijalva, chairman of the U.S. House Natural Resources Committee, says the panel has not decided whether undue political pressure was exerted on Fish and Wildlife Service official Steve Spangle to reverse his call for a thorough analysis of Vigneto’s projected impact on the San Pedro riparian area, above.