Longtime cyclists Phil Procida and Dick Swain use their mechanical skills to refurbish donated bicycles, making them like new again for children and adults in need.

About 300 donated bicycles a year are renovated by volunteers with Wheels For Kids, a nonprofit that works with charitable groups to distribute the bikes and helmets in the Tucson area.

There are 45 members in Wheels For Kids, and the group has renovated and distributed nearly 3,000 bicycles.

Most members are avid bikers who participate in cycling events in the United States and abroad. Some plan vacations around biking events for friends, family and cycling enthusiasts.

Like Procida and Swain, the cyclists want to share their joy of pedaling with children and adults who cannot afford a bike. Some adults use their bike for traveling to and from work.

Both men also said they want cyclists to experience fun riding in open spaces on paths in urban or suburban areas, taking in blue skies, lush desert or even going on rides in pine country. They also want them to partake in healthy exercise through biking.

Procida, a native of Philadelphia who is a retired international corporate executive, rides about 150 miles a week at age 82. He has won gold medals in cycling events and competes in El Tour de Tucson, El Tour de Mesa and state and national Senior Olympics.

He just finished organizing cycling trips in Tucson for fellow bicyclists who are members of a Chicago cycling club that Procida also rides with, including in long-distance competitions. He and his wife were Tucson snowbirds since 2008, permanently moving to Oro Valley last year.

Swain, also 82, rode in cycling competitions for decades but now rides some 20 miles a week on a trike because of health issues, resulting in surgery that fused vertebrae in his neck.

But, the surgery did not stop Swain, a retired educator and businessman who was born in Waukesha, Wisconsin, and now lives part-time in Oro Valley. He began riding a bicycle as a child, continued riding through college and as a professional commuting by bike more than 30 miles round trip to and from work daily. Swain’s adventures also have taken him long-distance cycling in five foreign countries.

In 2013, Swain founded Wheels For Kids as a nonprofit here. But in 2007, Swain’s supporters, friends and fellow riders who were members of Vistoso Cyclists joined Swain in repairing donated bikes originally through Seniors For Kids, a group that makes toys for children.

Swain’s volunteer work was recognized in 2012 when he became a recipient of a Ben’s Bells award for kindness in the community.

In 2009, Procida learned about Wheels For Kids from Swain, and Procida volunteered immediately, learning how to be a bicycle mechanic. His education is ongoing as he gets tips from more experienced mechanics about techniques in refurbishing bikes.

“First, we have to make sure the frame is good, and everything else can be replaced,” explained Procida, putting on a black apron.

The frame, which sat on a stand, passed the inspection. The men worked on a tire frame, reshaping it to make it perfectly round. The bike also needed a new gear shifter and crankset. About $40 in new parts were purchased, and the repairs, including taking the bike apart and rebuilding it, could take up to 16 hours of labor.

Procida invested about $250 in tools, adding that he easily spent up to $300 a year for tune-ups on his own racing bike. On the wall in the garage, Procida displays his training, racing and tour bikes that he now can fix.

When ready to hit the road, the Mongoose the men worked on will serve a teenager.

“I can’t describe the feeling when you see a tear on a young boy when he sees a bike like this and thought he would never have one,” explained Procida.

He also said he is moved “from the gratitude of a mother who can now get to work in order to feed her family” by riding a bike.

These instances inspire Procida and others to write grants for funding for Wheels For Kids. The organization’s annual budget is about $9,500, the majority coming from grants.

A portion of the budget is also used to buy bicycles for children around Christmas, filling requests from the charity groups Wheels For Kids works with during the year.

To learn more about the nonprofit organization Wheels For Kids go to www.azwfk.org/

The website also has information about monetary donations and bicycle donations, including sending a note for bicycle pick-ups, or a list of the following drop-off locations:

The Star would like to hear about older individuals doing outstanding things in our community for possible profiles in an occasional series. If you know someone whose volunteer work betters the Tucson area, email the person's name, a brief description of what makes them special and their contact information to cduarte@tucson.com

Their work in fundraising, feeding and comforting the sick for more than 20 years is bringing them recognition.

A vigil will be held Monday night at the Muslim Community Center of Tucson in honor of the victims of the mass shooting at two New Zealand mosques.

Man stabbed up to 30 times at Phoenix bus stop; Arrest made

PHOENIX — A man is jailed on suspicion of attempted second-degree murder after allegedly stabbing a man up to 30 times at a bus stop, Phoenix …

Weekly award for good deeds in our community.

Renovations include a new industrial kitchen, dining hall and activity center, and were funded through low-cost financing.

Housing experts will be in attendance.

Inspired by the Rev. Martin Luther King Jr. to further her education she became a nurse. 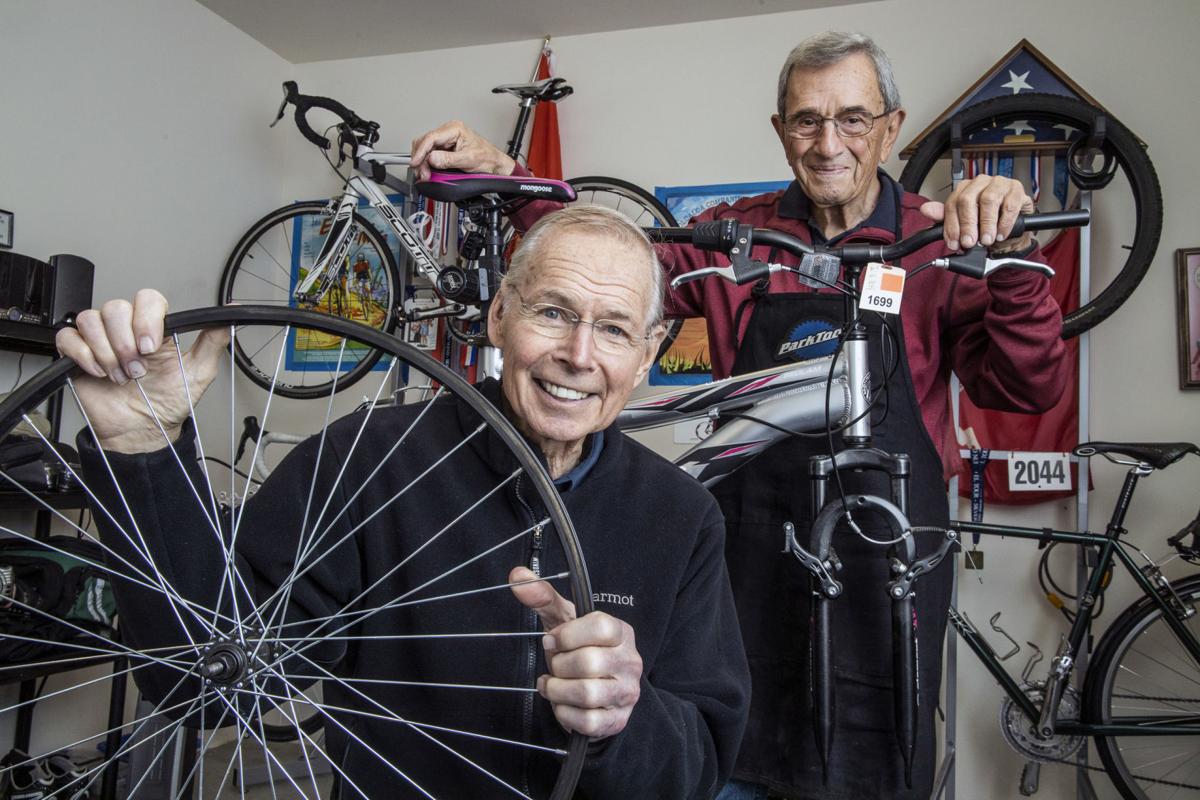 Dick Swain, left, and Phil Procida, both 82, are cyclists who volunteer their time to Wheels For Kids, a nonprofit organization founded by Swain that refurbishes donated bikes. The two are in Procida’s garage, where they work on the bikes. 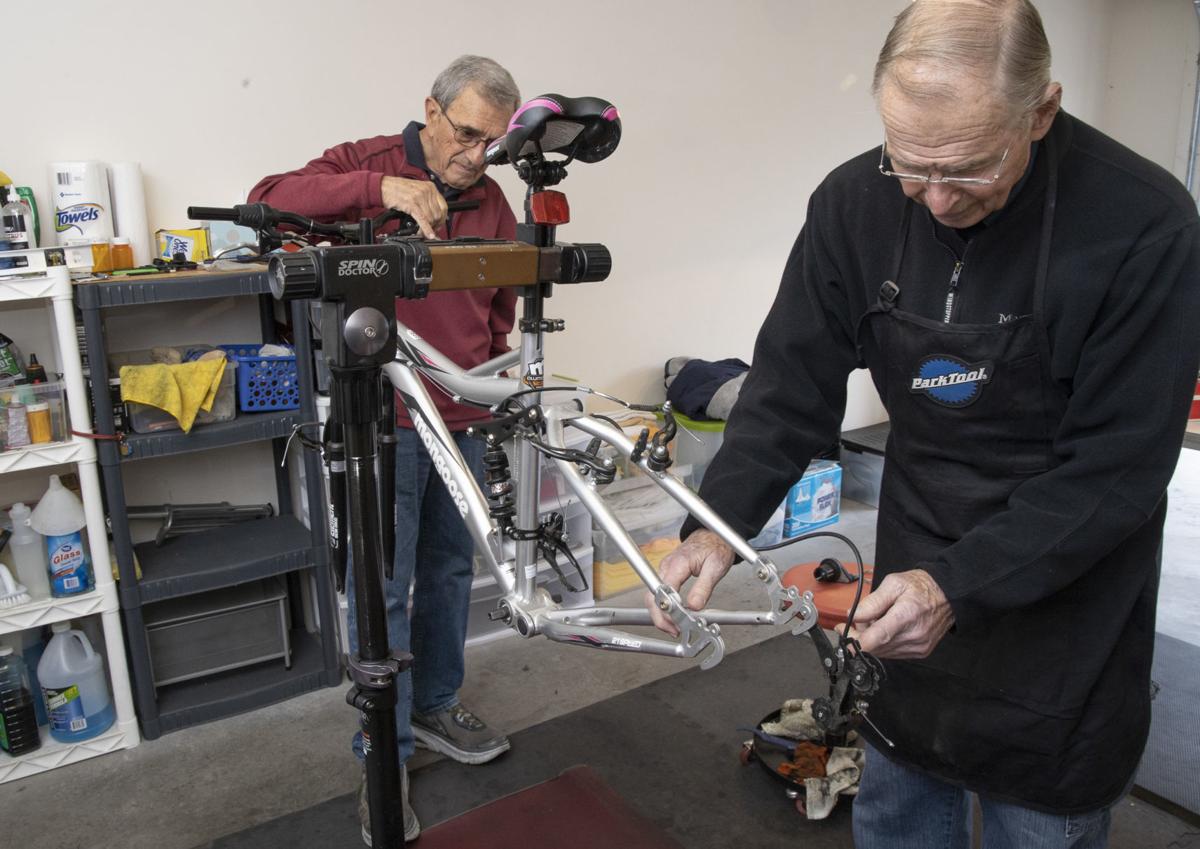 Phil Procida and Dick Swain examine a Mongoose bike in need of repairs for Wheels For Kids. The bike has some issues with the gear shifter and the crankset.