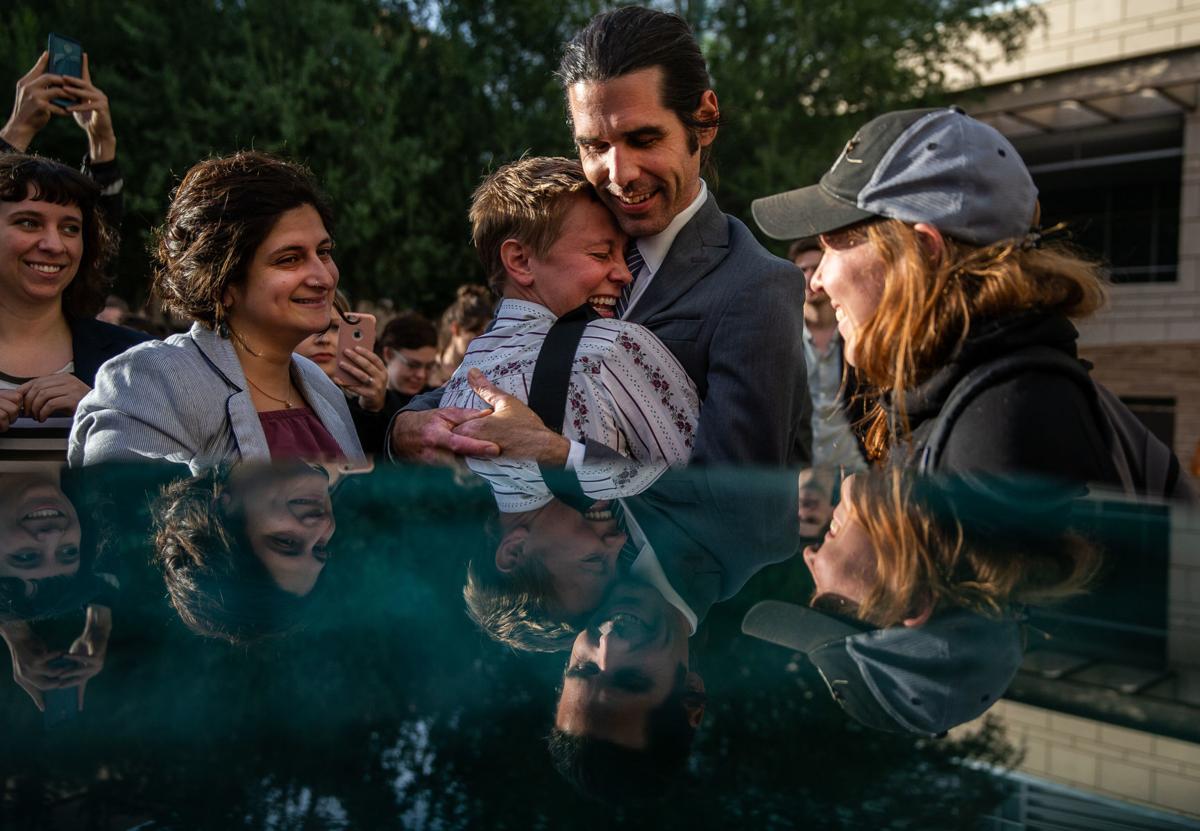 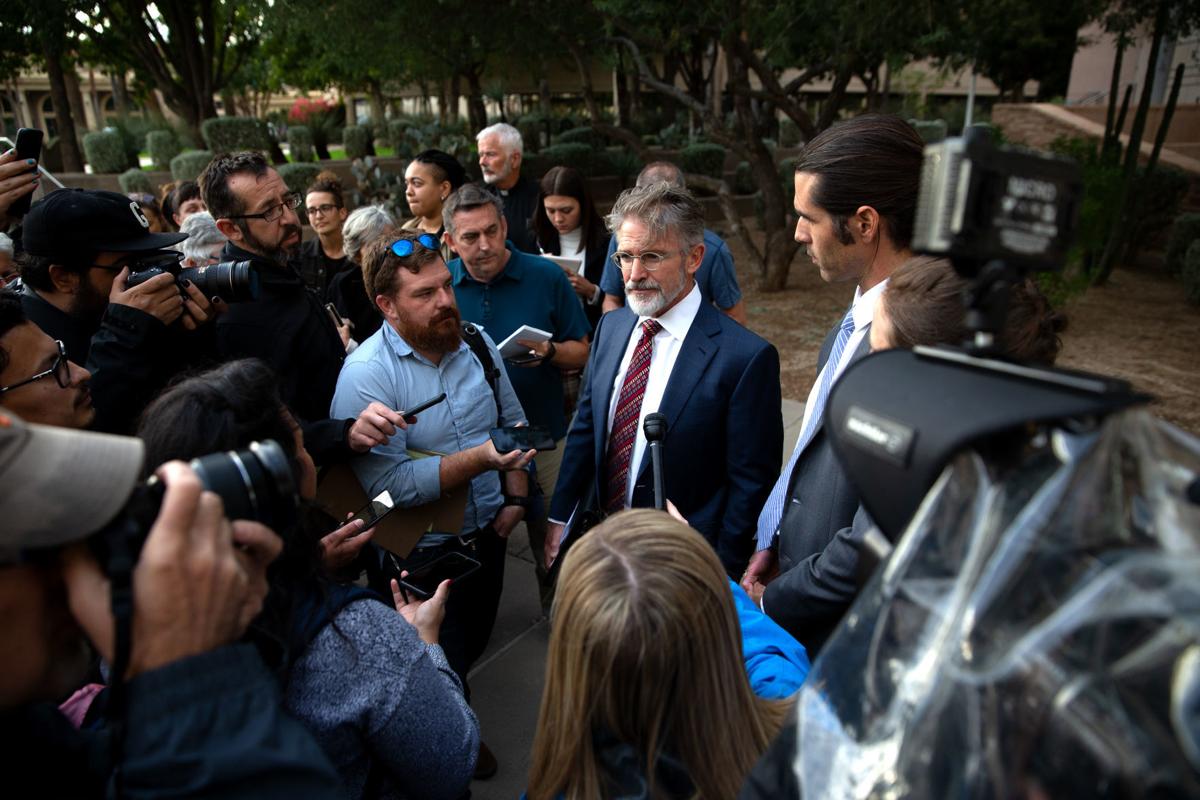 Federal court jurors in Tucson drew a line between harboring and help on Wednesday, when they acquitted border aid worker Scott Warren on felony charges for the assistance he gave to two Central American men last year.

The not guilty verdict came after just two and a half hours of deliberation, and it was greeted with cheering, laughter and tears from Warren’s supporters and fellow aid workers, including a contingent of clergy members from across the country.

“The government failed in its attempt to criminalize basic human kindness,” Warren told the crowd outside the downtown courthouse after it was over.

The volunteer for the Tucson-based humanitarian aid group No More Deaths was indicted on two felony harboring charges after authorities raided an Ajo migrant aid station known as the Barn in January 2018.

Warren was arrested along with two men who had crossed the border illegally, Honduran Jose Sacaria Goday, 21, and Salvadoran Kristian Perez Villa- nueva, 23.

“Being a good Samaritan is not against the law. Practicing the golden rule is not a felony,” Kuykendall told the jury.

But federal prosecutors argued that Warren actually hid the men for four days — then gave them directions to skirt a nearby checkpoint and continue their journey north — solely to help them evade capture by the Border Patrol.

“He gave them a place to stay with four walls that law enforcement couldn’t see through. It’s the literal definition of harboring,” said prosecutor Nathaniel Walters. “They never needed medical attention. What they needed was a place to hide, and that’s exactly what the defendant gave them.”

This marked the second time this year prosecutors failed to win a conviction in the case.

Michael Bailey, U.S. attorney for Arizona, said he disagreed with the jury’s decision but added that it won’t change his office’s approach to cases like this.

“Although we’re disappointed in the verdict, it won’t deter us from continuing to prosecute all the entry and re-entry cases we have, as well as all the harboring and smuggling and trafficking cases that we have,” Bailey said.

“And we won’t distinguish between whether someone is trafficking or harboring for money or whether they’re doing it out of what I would say (is a) misguided sense of social justice or a belief in open borders or whatever,” he said.

“Whatever the reason, if you are harboring or trafficking, we will prosecute when the case comes in,” Bailey said. “We’ve got plenty of work to do.”

After Wednesday’s verdict was read and the jury excused, U.S. District Judge Raner C. Collins found Warren guilty of illegally operating a motor vehicle in a wilderness area in connection with the No More Deaths group’s aid drop at Cabeza Prieta.

Warren was also charged with littering the refuge with abandoned property, but Collins acquitted him of that misdemeanor count because the aid worker was exercising his religious beliefs when he left the food and water there.

Warren is scheduled to be sentenced on the illegal driving charge on Feb. 18. Walters said the misdemeanor could result in probation or up to six months behind bars.

During a brief news conference outside the courthouse after the trial, Kuykendall said he was “overwhelmingly happy for Scott, and proud to know him.”

No More Deaths volunteer Geena Jackson led the crowd in a moment of silence “for Jose and Kristian, wherever they are.”

“We have been saying for years that humanitarian aid is never a crime, and today 12 jurors agreed,” she said.

Warren said he was too exhausted to answer any questions, but he read a brief statement from the screen of a cellphone.

He thanked everyone who supported him during the trial, and all the people who couldn’t be there because they were out “keeping up the humanitarian work in the desert.”

“As we stand here, people’s brothers, sisters, fathers, spouses and children are in the midst of the perilous desert crossing,” Warren said. “The need for humanitarian aid continues.”

Hinderaker was nominated by President Trump in December 2019. The Senate Judiciary Committee reported his nomination to the Senate floor on March 5.

Hinderaker has served on the Pima County Superior Court bench since 2018, when he was appointed by Gov. Doug Ducey.

Previously he was a partner in Tucson for Lewis Roca Rothgerber Christie LLP.

Border aid worker Scott Warren was found not guilty on harboring charges by a jury after two and a half hours of deliberation, on Nov. 20, 2019.