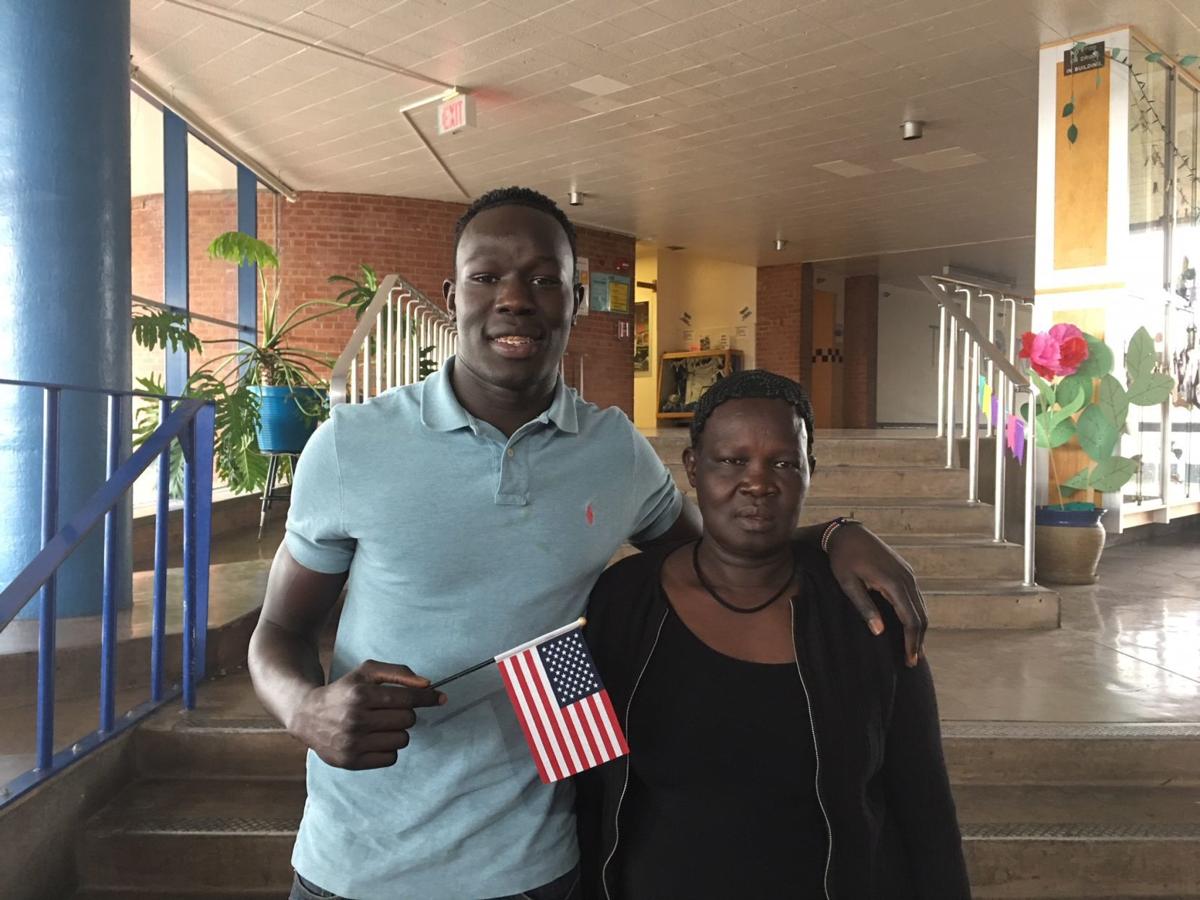 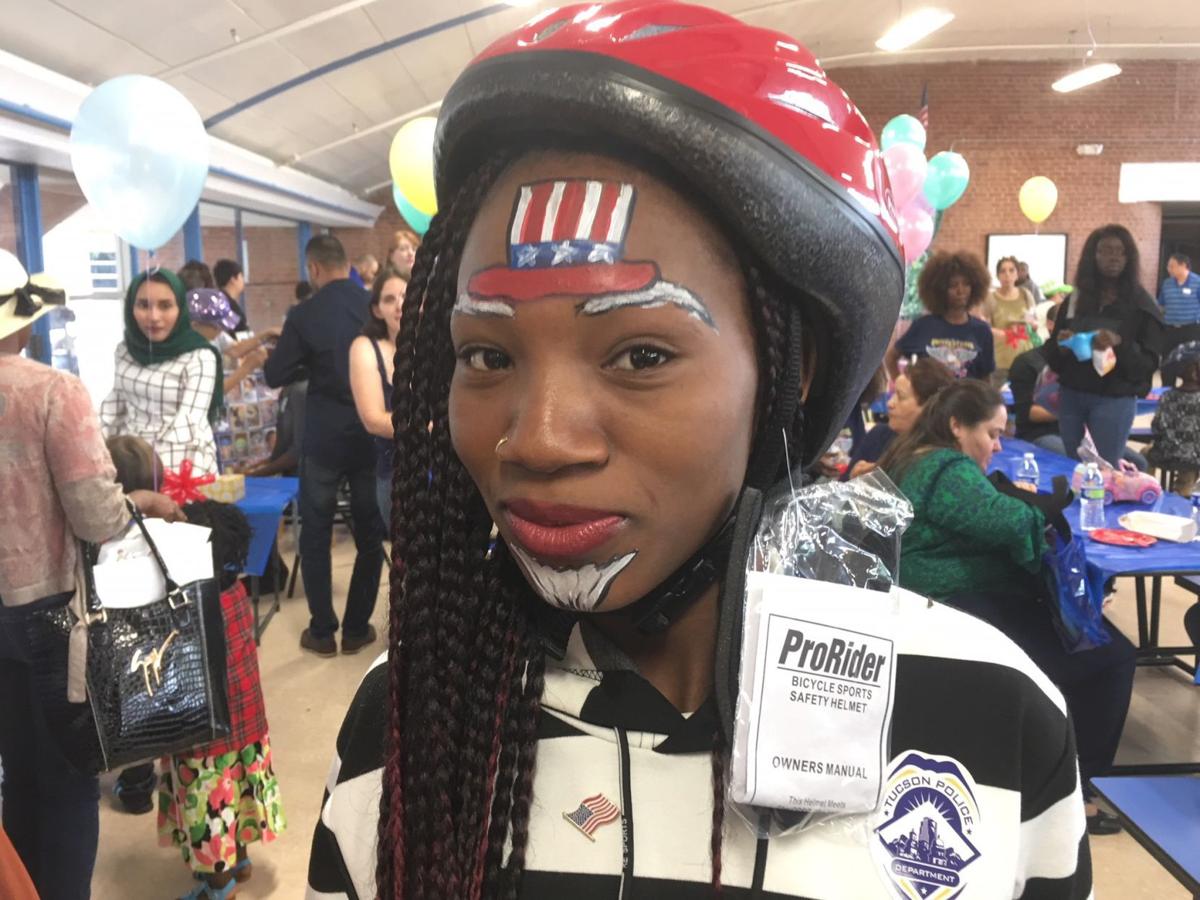 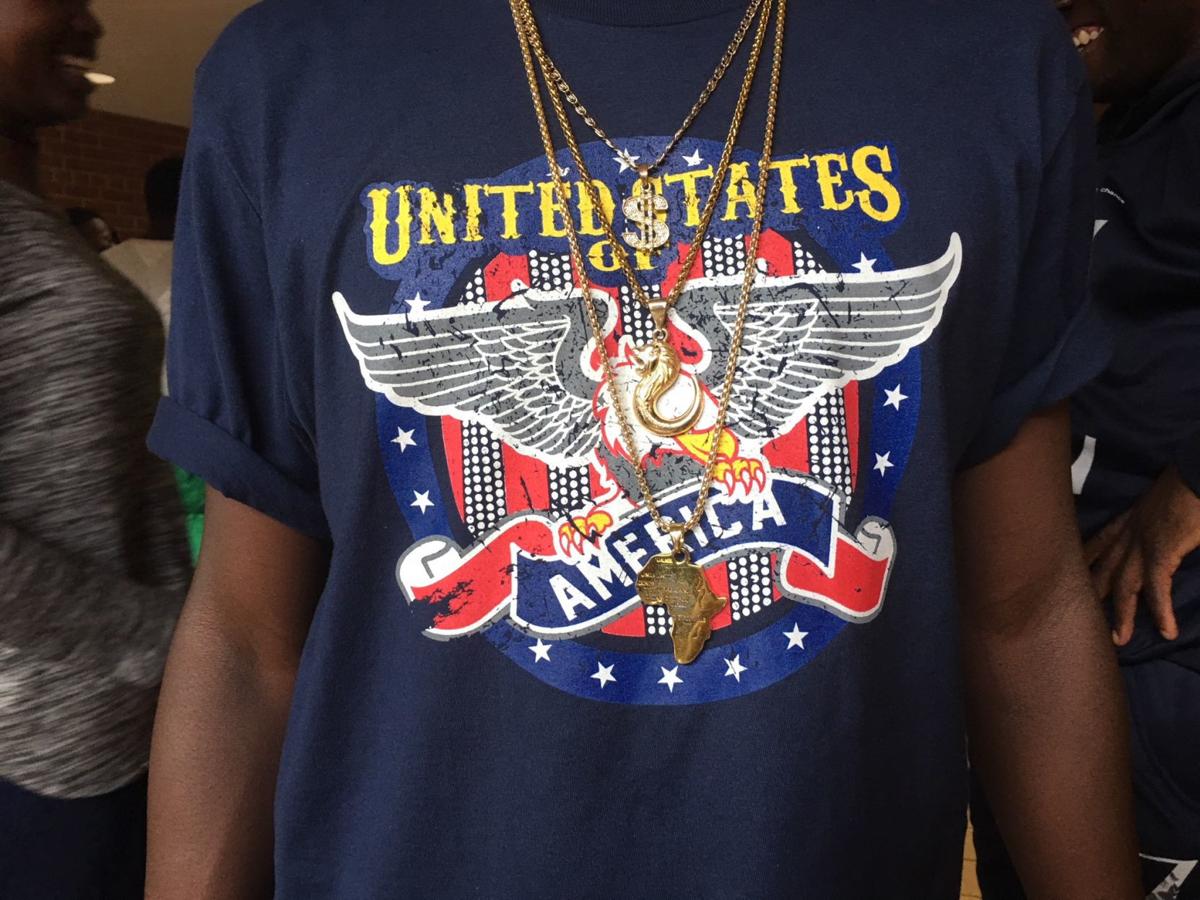 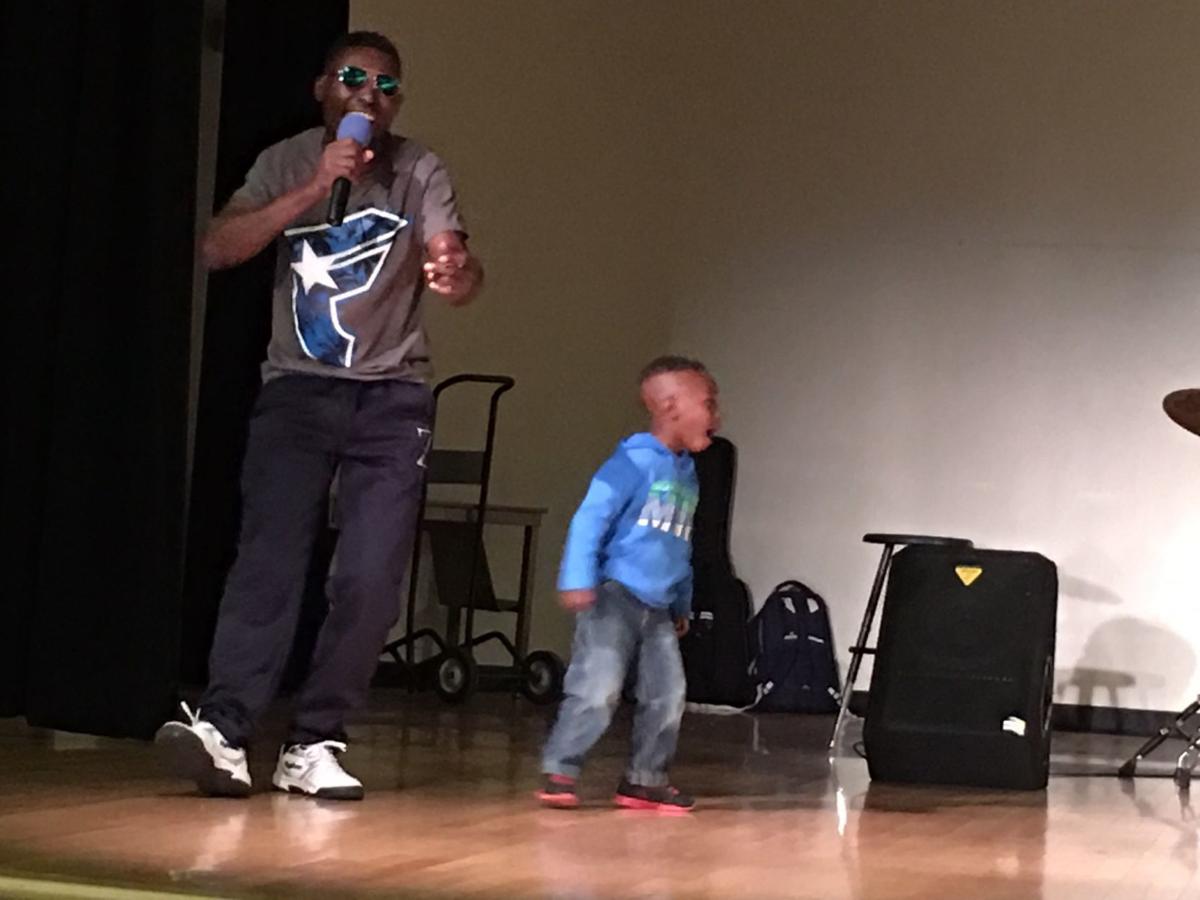 The idea that we have too many nonwhite immigrants in the United States, and that their presence could destroy the country, is pervasive. It helped propel Donald Trump to the presidency. When he said that at the Yavapai County Republican Men’s Forum Monday, Stringer was arguably expressing the dominant view of immigration in the Republican Party under Trump.

But it’s also a pessimistic view that is at odds with both our history and today’s reality, the reality of immigrants and refugees coming to the country for the reasons they always have, and adapting the way they always do. It’s something I saw firsthand Saturday during a World Refugee Day celebration and citizenship ceremony at Catalina High School. He and the members of the Yavapai County audience should have been there.

“Immigration is politically destabilizing,” Stringer said Monday. “President Trump has talked about this. I’m very concerned about this. Immigration today represents an existential threat to the United States. If we don’t do something about immigration very, very soon, the demographics of the country will be irrevocably changed, and we will not be the country you were born into.”

He made the racial point even more clear in an interview with Howard Fischer of Capitol Media Services. America “has been a melting pot for people of European descent,” he said. “So if you’re a Swede, a Norwegian, an Irishman and a Frenchman, after the second or third generation, your kids are all alike.”

The Arizona GOP, Gov. Doug Ducey and the Arizona Chamber of Commerce and Industry all called for Stringer to resign, saying his point of view is discriminatory. It is obviously racist, in my view, but it is also common and needs to be dealt with.

Stringer is right that the country is changing, and I’d argue that, assuming the group he was speaking to is dominated by older people, the country probably has already irrevocably changed from the one they were born into.

But where he finds cause for pessimism, I find cause for optimism and wonder. Although the proportion of immigrants in the U.S. population is not unprecedented, the United States has never had an immigrant population this high, especially this many immigrants from such a diversity of countries. Still, if you’re willing to look past the race of the immigrants, you’ll see a familiar country, plowing along much as it always has.

One of the 11 young people receiving citizenship Saturday was 17-year-old Majok Deng, who has become one of Tucson’s best-known refugees because he is a basketball star at Salpointe High School.

Tall and black-skinned, Deng might look threatening and irrevocably different to Stringer’s Yavapai County audience. But after the swearing-in, when a U.S. Citizen and Immigration Services official asked if anyone would like to speak, Deng stood up immediately, walked to the podium and started talking in an American accent that you would find unnoticeable if he called you on the phone.

“I just want to say thank you, America, for all you’ve done for us, for accepting us, and for bringing us to this different environment where we could be ourselves and choose to be something we want to be,” he said.

Later, Deng told me that it took a while to get used to Tucson when his family arrived from South Sudan 8½ years ago. But gradually the new city came to feel like home. Recently, his family moved into a Habitat for Humanity house.

“America’s given me everything I could ever ask for,” he said.

It happens that months ago I interviewed two septuagenarian scholars about the question of immigration and our national identity, Demetrios Papademetriou and Stanley Renshon.

Renshon, a part-time Tucson-area resident, has spent his career as a political scientist and psychoanalyst at the City University of New York, and he sympathizes with Trump’s views. He said Trump still looks at the country as it was when he grew up in the 1950s in Queens.

“America First is really about having an American national identity first,” Renshon said, citing one of Trump’s slogans. “Almost everything he does has to do with the fact that Americans should be privileged in our own country.”

“I think what Trump would like to do is reaffirm the sense of an American identity regardless of your race, ethnicity, gender or religion,” he added.

I can see the first point, but I don’t buy the last one. There’s plenty of evidence that Trump sees American identity as inherently about white American identity. During the campaign, he proposed banning Muslims, he said a Mexican-American judge couldn’t be impartial about him, he put white-nationalist sympathizers like Stephen Miller in the White House, he spoke sympathetically about the white racists who demonstrated in Charlottesville, Va., and he questioned why we can’t have more immigrants from Norway instead of from “shithole” countries in Africa and the Caribbean.

His message has been clear and well-received by white supremacists.

But that isn’t to say that all concerns about immigration are racist. It’s OK to want to preserve what is essentially American about the country, and even to worry that our system is being stretched by the numbers. What’s wrong is to conclude that nonwhites and Third World immigrants won’t carry on or adopt those characteristics. There’s a whole subculture of people in Tucson who work with refugees and immigrants, helping them adapt to the new country and its ways.

Papademetriou, a founder of the Migration Policy Institute, pointed to five fundamental beliefs or attributes that characterize Americans:

They aren’t all unique to this country, but they form a basic underpinning that we largely share, even as waves of immigrants have changed the country in other ways.

“The United States is de facto the most multicultural of states,” Papademetriou said. “We are exceptional. What unites us is a set of ideas.”

It’s natural that people fleeing oppression would be receptive to many of the country’s basic beliefs. Donatian Mahanga spent 20 years in a refugee camp in Uganda after fleeing his native Democratic Republic of Congo and arrived in Tucson two years ago, bursting with enthusiasm.

“We don’t want to come in as refugees and cause problems,” he said from the stage Saturday. “We want to contribute.”

Mahanga, 33, started a youth dance group in the refugee camp, and now he’s leading one here, helping about 30 African refugee kids create dance routines and get to know their roots.

Papademetriou said of the current wave of immigrants: “There is almost nothing new to this. Immigration is almost always from countries that are poorer. When Europe stopped being poor, its share of immigrants dropped.”

Europe disgorged its poor people for centuries. The United States and Canada went from being indigenous land to white-European-dominated land. The Maoris of New Zealand, the aborigines of Australia became minorities in their own territories. Now migration is coloring this whitened land darker shades again.

You’d have to lack faith in the fundamentals that have formed the country to think these immigrants will be different. Reach out to them, get to know them and help them extend the American traditions. I’m pretty sure you’ll find they’re more receptive than someone like Stringer thinks.

Rep. Noel Campbell called it "deplorable'' to use the comments to effectively declare Stringer a racist.

Rep. David Stringer met with African-American leaders in Phoenix, said he was sorry if remarks offended anyone.

Arizona Rep. David Stringer told ASU students that assimilation doesn’t work with African-Americans and other racial groups “because they don’t melt in, they don’t blend in, they always look different.”

Arizona lawmaker apologizes for race, immigration remarks — but doesn't take them back

Prescott Republican Rep. David Stringer did not take back any of his comments or suggest he is having second thoughts.

The Prescott Republican will likely be called on to explain his 1980s arrest as well as recent comments about race and immigration to the House Ethics Committee.