Thirty-three residents at Sapphire of Tucson Nursing and Rehabilitation in Tucson have died from COVID-19 since the start of the pandemic in March. 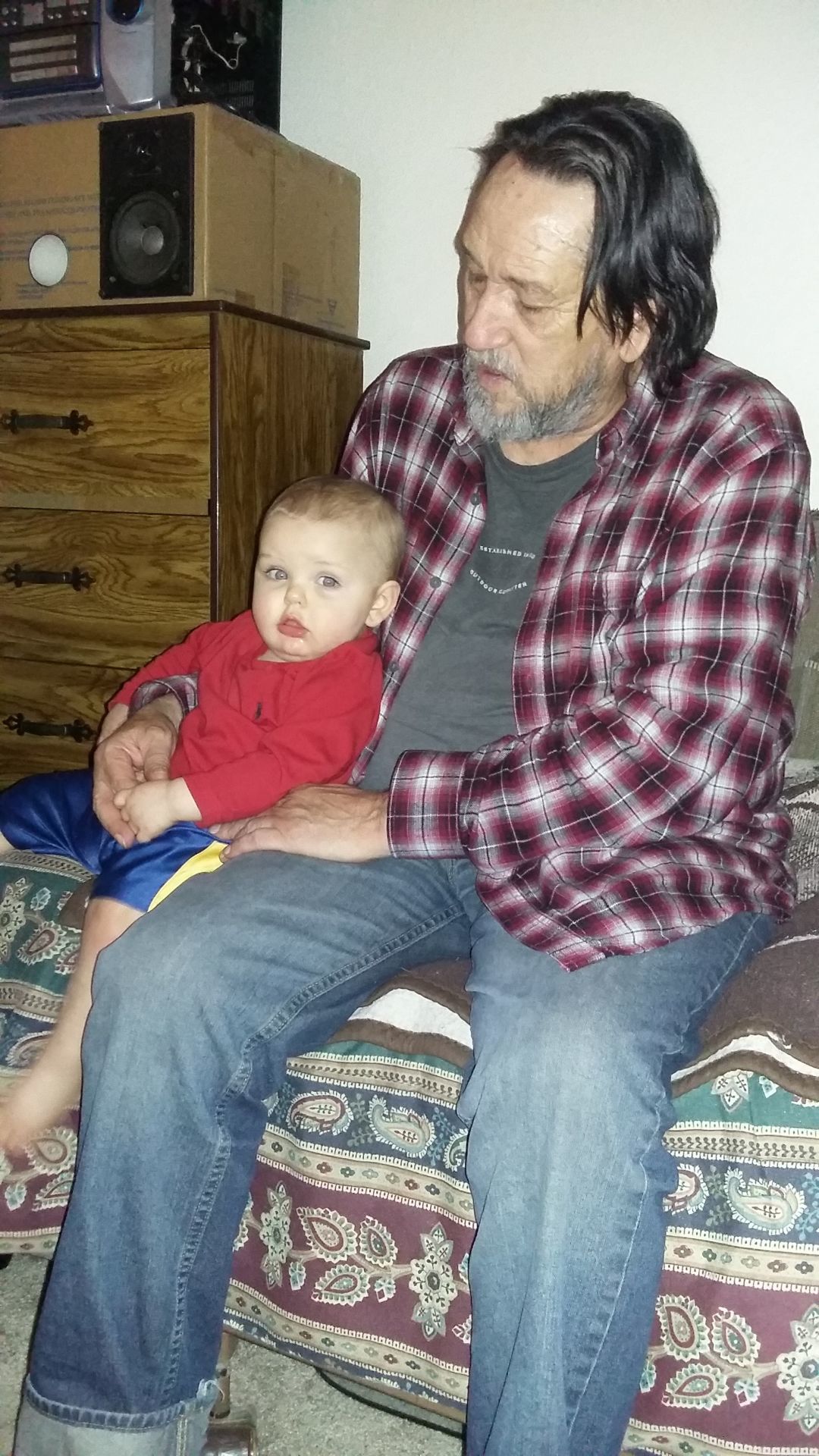 Victor Munsey with grandson Dominic. Munsey died May 1 after contracting the coronavirus at Sapphire of Tucson Nursing and Rehabilitation, where he lived due to dementia. 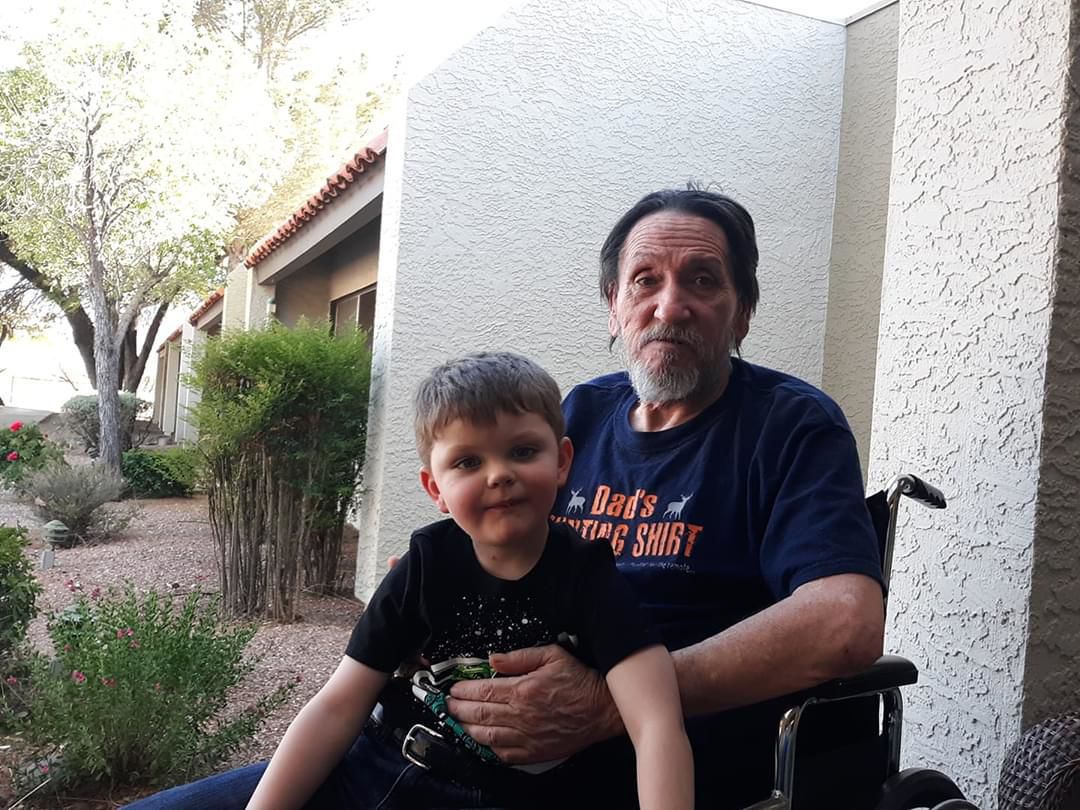 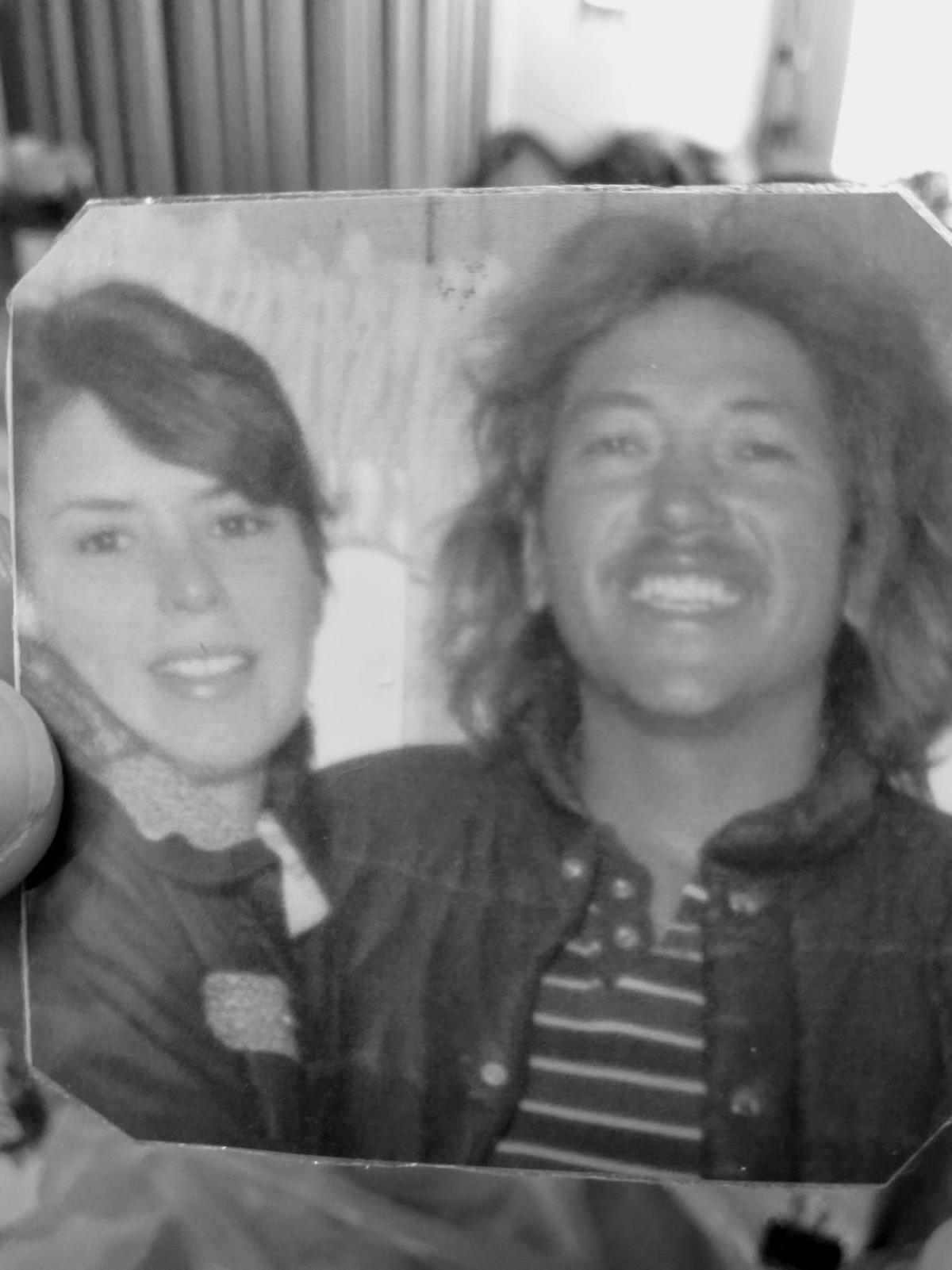 As her father neared death, Leslie Munsey drove through the middle of the night to say goodbye.

Victor Munsey had been in the hospital since March 30 after falling out of bed. There it was discovered he had contracted the coronavirus at Sapphire of Tucson Nursing and Rehabilitation, where he lived because of his dementia.

He was placed on a ventilator, and doctors advised Munsey on May 1 that his condition was worsening. The Sierra Vista resident borrowed her neighbor’s Hyundai Elantra and headed to Hereford at 2 a.m. so she could use her daughter’s iPhone to video call him.

From the driveway, Munsey told her father she loved him.

Newly released data shows that 33 Sapphire residents, including Munsey, have died from COVID-19 since the start of the outbreak in March. That ranks the highest among federally licensed nursing homes in the state, new federal data shows.

Another Tucson nursing home, Handmaker, ranked third statewide with 16 deaths. Officials at Handmaker did not respond to a request for comment, and Sapphire officials declined to comment.

The numbers are included in an update of Centers for Medicare and Medicaid Services data, which has tracked 126,402 confirmed cases of the coronavirus at nursing homes across the country, including 35,517 deaths, as of Friday.

The data shows that more than 2 in 5 federally licensed nursing homes in Pima County have reported at least one death as of June 28, while more than 3 in 5 have confirmed at least one case among residents.

Nursing homes licensed by CMS — 25 in Pima County — must provide data dating to May 8. They can choose to provide numbers about earlier cases, but they don’t have to.

At least 136 residents at all Pima County nursing homes and long-term-care facilities have died of coronavirus, making up about 50% of the county’s total deaths, according to the most recent figures posted online June 30.

CMS took another step last month when it notified states that it had allocated $80 million in CARES Act funding for infection-control surveys. It said states that did not perform surveys of 100% of state nursing homes would lose 10% of their funding allocation.

State records show an infection-control survey was conducted at Sapphire on April 2, and the facility — rated as “below average” by CMS — was cited for failing to “implement their infection control policies to protect the health and safety of residents.”

The surveyor found that a nurse lowered her mask when speaking on the phone, with her chin rubbing against the receiver; trash bins filled with used personal protective equipment did not have lids and were situated right next to clean PPE equipment; and some nurses handled trash bags with discarded PPE without using gloves, the report shows.

Sapphire submitted a plan for correction on May 8, records show. As of July 10, Sapphire of Tucson had seen 140 residents and 40 employees test positive for the virus.

None of that surprises Leslie Munsey, who has one goal: She wants to see the site shut down, as warning signs were there during her dad’s yearlong stay.

Her father lost all the strength in his arms and legs, suggesting he wasn’t getting requested physical therapy, Leslie Munsey said. She often found him in his room with the blinds closed, and he told her that he was never escorted outside to get some sun.

She found him wearing clothes covered with vomit or with food stains. She said she once watched a nurse drop a cleaning towel on the floor, pick it up and continue to use it in her father’s room.

She filed multiple complaints with the nursing home and has no idea if they were investigated.

Sapphire’s website says the staff has continued to take precautions to help reduce exposure to residents and staff. In addition to prohibiting visitors and requiring temperature checks for all individuals entering the facility, they have also increased the frequency of cleanings, consolidated units, encouraged residents to remain in their rooms and educated both residents and staff on proper infection prevention.

Attempts to slow the spread

Despite officials taking steps to provide support and recommendations, local long-term-care facilities remain largely unregulated. In particular, the Pima County Health Department does not mandate that nursing homes test all residents and staff for coronavirus.

But officials and advocates have pointed to a number of initiatives that have allowed them to successfully slow the spread of the virus in the nursing homes, which made up a larger share of deaths during the early stages of the outbreak.

The Pima County Health Department has created a team of public health nurses and disease investigators specifically dedicated to working with long-term-care facilities to try and prevent clusters of infections from happening.

When cases are identified, this team works to support those facilities in implementing strategies to protect the other residents and staff.

With nearly 400 long-term-care facilities in the county, each team member is assigned a number of facilities that they communicate with and provide support for. This ranges from providing personal protective equipment, connecting them with additional staffing resources and providing test kits for residents and staff.

“We’ve been offering testing to our facilities, pretty much from the beginning. But it has gotten a bit more streamlined,” said Kat Davis, liaison for the Pima County Health Department’s long-term-care team. “All facilities have been offered testing, and at this point they can request tests online.”

Davis said the Health Department recommends that facilities test all residents and staff members on a weekly or biweekly basis, but whether the facility chooses to follow the recommendation is up to them.

“We’re not mandating testing,” Davis said. “The facilities can have their own policies that may be stricter than ours. They could say you have to get tested if you want to continue working during this time or something like that. But that’s not something that we’re mandating at this point.”

Although the Health Department receives a lot of complaints from people about nursing homes, they don’t have the authority to take action against a facility if they are failing to meet quality standards. These complaints would need to go to the Centers for Medicare and Medicaid Services or state officials.

“Our team is very much not regulatory,” Davis said. “We don’t want to be the ones to police anyone essentially because we want to keep that relationship with our facilities open and allow them to trust us and come to us when they do need help and recommendations and things like that.”

For officials at the Pima Council on Aging, the dedicated ombudsman for older adults in Pima County, the lack of support and guidance from state officials has been a big concern.

“I’m certainly concerned about older adults and the extent to which we can convince people that this is a serious situation that is not better than it was 2½ months ago,” said Mark Clark, president and CEO of PCOA. “Some of our leaders have sent messages that maybe cause people to think things are better than I believe they are.

“And so my hope would be that we would be able to convince people to do the right thing in terms of face coverings and, of course, hand washing.”

Clark said that while individual nursing homes have continued to take the heat for outbreaks of coronavirus, access to supplies and resources for long-term-care facilities has to be a priority at the state and federal levels.

“Without a doubt, the people that I talked to who run these facilities care deeply about their residents. They’ve been frantically trying to get ahead of this virus,” Clark said. “I think the issue is talking to elected officials, getting sufficient personal protective equipment and having more access to testing.”

When Victor Munsey was placed on the ventilator, Leslie fought flashbacks from 11 years earlier, when the father and daughter made the traumatic decision to end care for her mother. They stayed in the room as she died.

After Barbara’s death, gone was the man who loved to work on his 1967 Ford Mustang, toss a softball with Leslie in the backyard, or who called his wife “Honeybuns” and poked fun at her knack for keeping the family home spotless.

In his place was someone who mostly kept to himself, except when it came to babysitting his two grandkids.

In 2017, he tripped over his grandson’s toys and cracked five ribs. He developed a painful condition called crepitus, which made it hard for him to move.

His mental and health issues worsened, forcing him to spend the remainder of his life in and out of nursing homes and hospitals. Doctors suspected he had a stroke. He was eventually diagnosed with dementia, and recommended to Sapphire.

Leslie Munsey would make the 80-mile drive to Sapphire often, and his face would light up when asking about his grandson.

She made the same drive to Sapphire Thursday — but this time it was to tend to his final matters.

This database shows small-business rescue loans meant to save jobs and businesses during the coronavirus pandemic, as part of the federal government’s Paycheck Protection Program.

A total of 37% of Arizonans questioned say they strongly disapprove of how Gov. Doug Ducey is managing the COVID-19 situation, with another 26% saying they somewhat disapprove.

Quality of Life Medical and Research Center, located on Tucson’s east side, will take part in the national study and recruit hundreds of local community members to participate in the trial.

Vic Williams, a former state representative who is one of four Republicans vying to replace Ally Miller on the Pima County Board of Supervisors, is being investigated by the county attorney's office.

Benjamin Little is one of 395 veterans and employees at the Tucson VA Medical Center to contract coronavirus since the pandemic began.

In Arizona's counties currently listed as having a "minimal'' or "moderate'' chance of coronavirus spread — nine at last count, including Pima County — the rules require all congregate care settings to offer limited outdoor visitation.

Thirty-three residents at Sapphire of Tucson Nursing and Rehabilitation in Tucson have died from COVID-19 since the start of the pandemic in March.

Victor Munsey with grandson Dominic. Munsey died May 1 after contracting the coronavirus at Sapphire of Tucson Nursing and Rehabilitation, where he lived due to dementia.