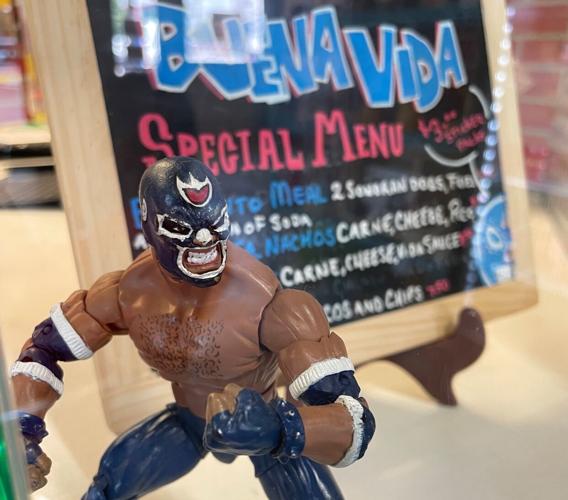 A lucha libre figurine is posed in front of a sign for Buena Vida. 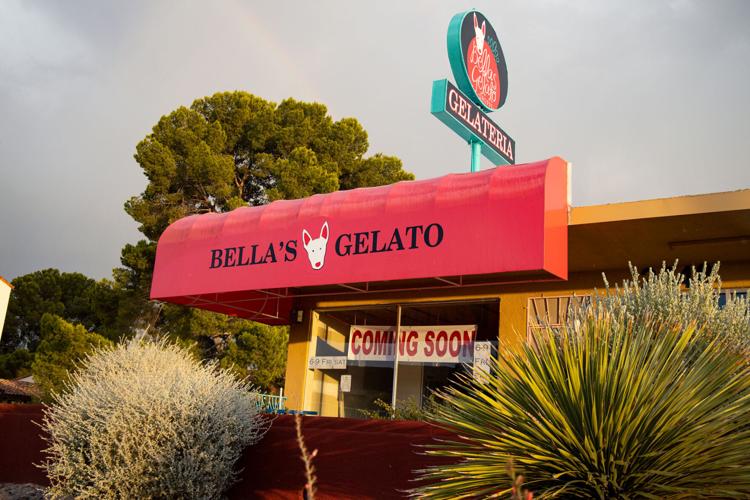 Bella’s Gelato opened in the Speedway building that housed a Baskin-Robbins for several decades. 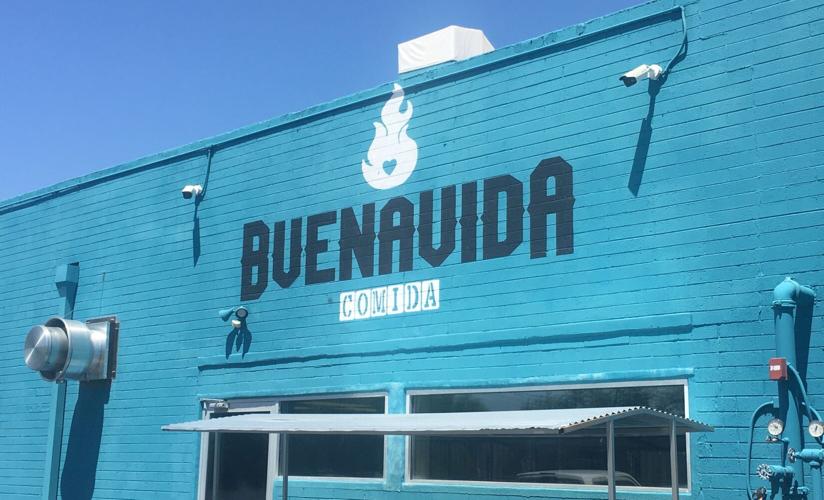 Buena Vida Restaurant is located in the same building as the iconic Sahara Apartments. 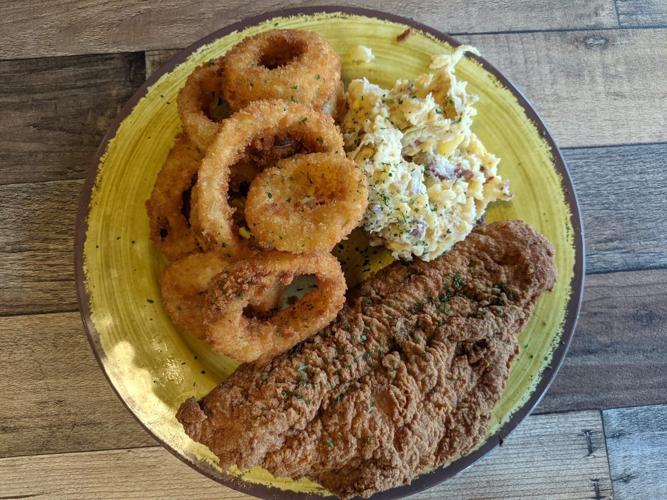 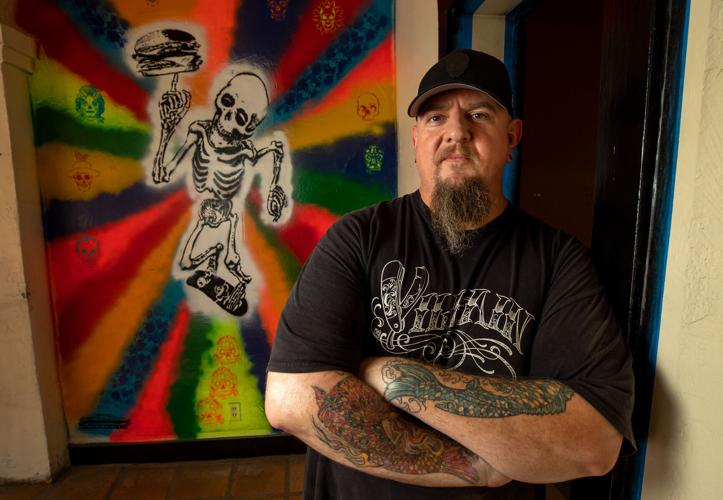 Lindon "Lindy" Reilly, co-owner of Thunder Bacon Burger Co., will open in the former B Line. 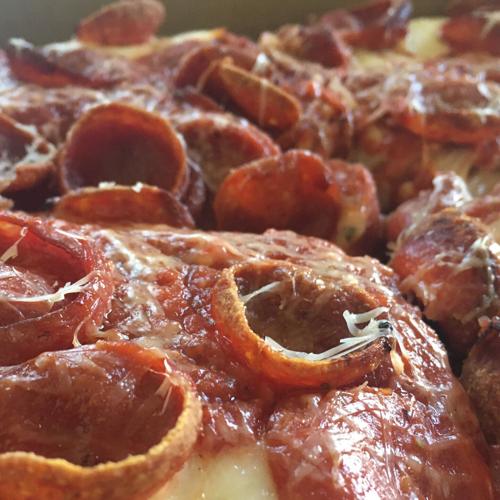 Transplant Detroit-style Pizza is from the masterminds behind Serial Grillers.

As summer winds down, new restaurants are popping up! Some of these establishments opened during Tucson’s slowest season, while others — like Maynards and The Coronet — have reopened in anticipation of the students and snowbirds flying back home to Tucson.

The popular gelato truck has finally established its brick and mortar in the heart of town! It’s the perfect place to try an affogato, the most decadent way to imbibe caffeine: espresso poured over creamy gelato. Their menu also offers fudge, vegan sorbettos and kosher-certified gelatos.

For those of you who keep up with my IG, you know that I’ve long been searching for an excellent bagel in Tucson. While some places might come close, like The Bagel Joint up in Oro Valley, I sense salvation is around the corner with Bubbe’s Fine Bagels, set to open on Oct. 1. Until then, they have been building hype on social media with pictures of their blistery fermented bagels and golden rounds of dough.

Buena Vida is more than a restaurant serving up Mexican food. It’s a cultural venue, featuring murals by local artists on almost every wall, furniture hand-refurbished by the owner’s father, and sculptures from local artisans. They plan to expand into a cafe, as well as host lucha libre performances on a monthly basis.

Janet & Ray’s Caribbean Soul Restaurant is your new favorite place. You’ll be motivated to come back by their rotating menu, written by hand-on-chalkboard every day.

While Wednesdays offer delicious wing specials, they offer a decked-out Caribbean menu on Saturdays that cannot be missed (like I did, when I visited on a Wednesday 😭). I am especially excited to try their oxtail and their festival (Jamaican hushpuppies).

Meyer Avenue Cafe opens on Sept. 20. The cafe is founded by the minds behind Tucson favorite The Coronet, which just recently reopened! While we wait in anticipation for the cafe, check out their menu, previewed on their website.

It seems as though they’re looking to elevate classic brunch standbys, with a twist. Lil Dutch Babies instead of pancakes! Shakshuka! (exclamation point included) aka the most exciting eggs you’ll ever eat!

While this location is the first franchise of the southwestern fast-salad chain in Tucson, they have a new location popping up on Tucson Marketplace and Kino Parkway this fall. While the menu is centered around their salads — which have toppings ranging from Thai peanut dressing to buffalo chicken — they also offer $2.99 breakfast burritos.

Soon to open on 621 N. 4th Ave. Check their Facebook for updates.

Icon Lindy Reilly has returned to the burger scene with Thunder Bacon Burger, a burger joint inspired by Arizona-Sonoran flavors. Local ingredients will shine: He will fire roast his own green chiles, source beef from Forbes Meat Company and buns from Cafe Francais.

While Thunder Bacon Burger will eventually open in the former location of B Line, in the interim they'll be popping up in Sonoran Brunch Company on the east side.

What makes pizza Detroit-style? It’s literally made in a rectangular pan, with toppings that spread all the way out to the edges. The crust is not the typical bready edge of a circular pie, but it’s not the nonexistent “thin crust” we unfortunate few regret from California Pizza Kitchen in the early aughts. Instead, it’s a thick bready edge that is itself crusted in toasted, fried cheese. The filet of the pie. Try it for yourself at Transplant, from the masterminds behind Serial Grillers!

La Estrella just expanded to Tucson's west side. Here's what you missed at the grand opening

Sonoran hot dog carts are everywhere in Tucson. Yet, they are also hard to find. Most don't show up with a simple Google search. This is the first part in a series of maps that track down every hot dog cart in Tucson, starting in the central/midtown neighborhood.

Things to do this weekend Sept. 15-19 in Tucson, Arizona include live music, the grand opening of a food truck, a workshop at Cero, and the beginning of a fall celebration at Apple Annie's.

Eating on a budget in Tucson: Our favorite picks under $8

Looking for a meal that won't break the bank? Our food writer rounds up her favorite cheap food in Tucson, plus other tips for eating out or cooking on a budget.

Looking for Caribbean or soul food in Tucson? Check out Janet & Ray's. Owner Dollie Pearce aims to connect Tucson's Black community while providing a warm, welcoming environment for everyone.

Tucson's downtown is not huge, but the restaurants that thrive become iconic institutions. Both Hub and Lindy's On 4th have become icons. The masterminds behind these establishments have each opened new burger joints.

A new venture from the family behind El Charro will highlight a rotating menu by local vendors, chefs and their iconic recipes. The restaurant will be called The Monica, celebrating Monica Flin, who opened El Charro Café in 1922.

There are less than five spots in Tucson to get Filipino food. Fiesta Filipina, which started as a food truck in 2018 by Thelma Ward, now has a spot at Park Place Mall for customers to enjoy Filipino cuisine.