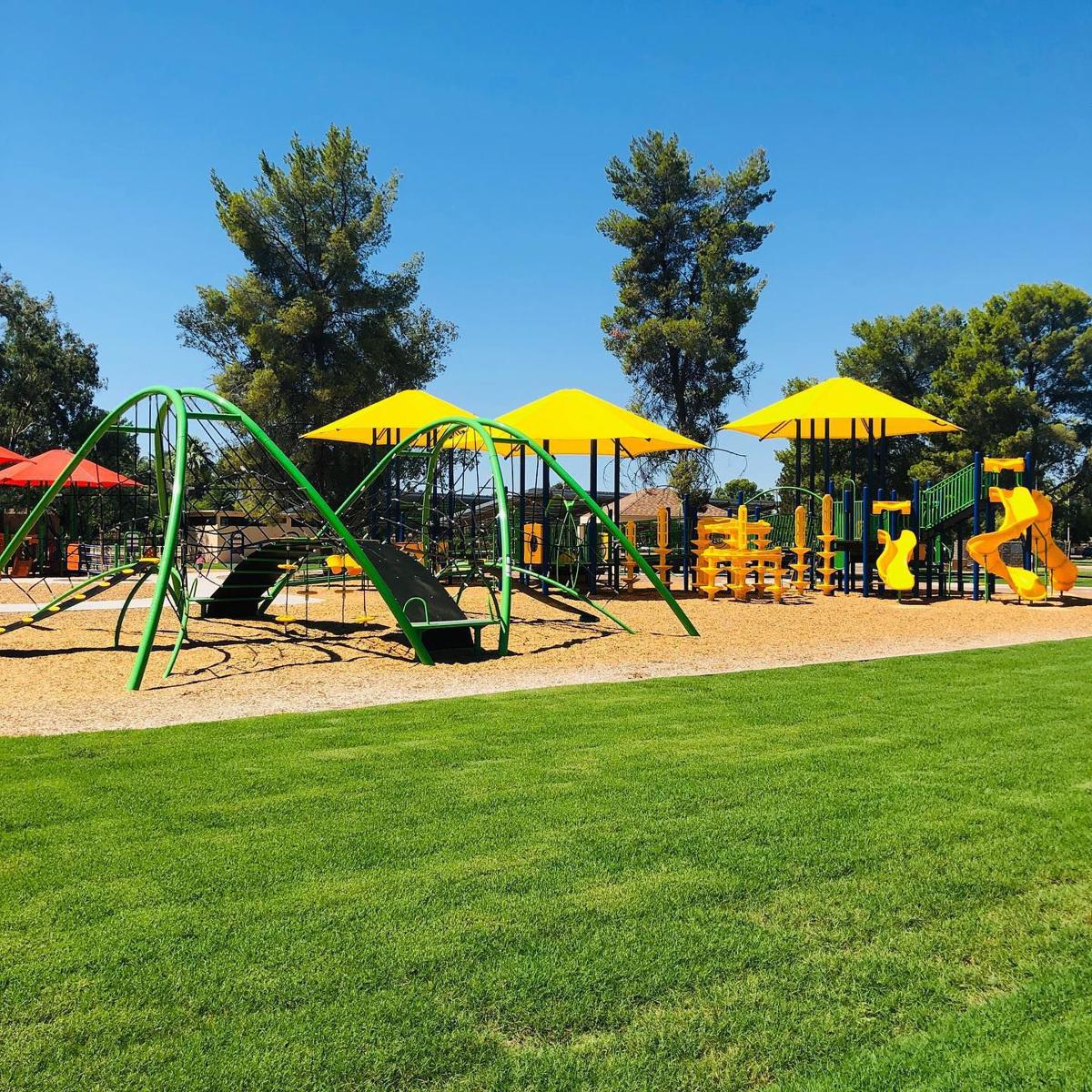 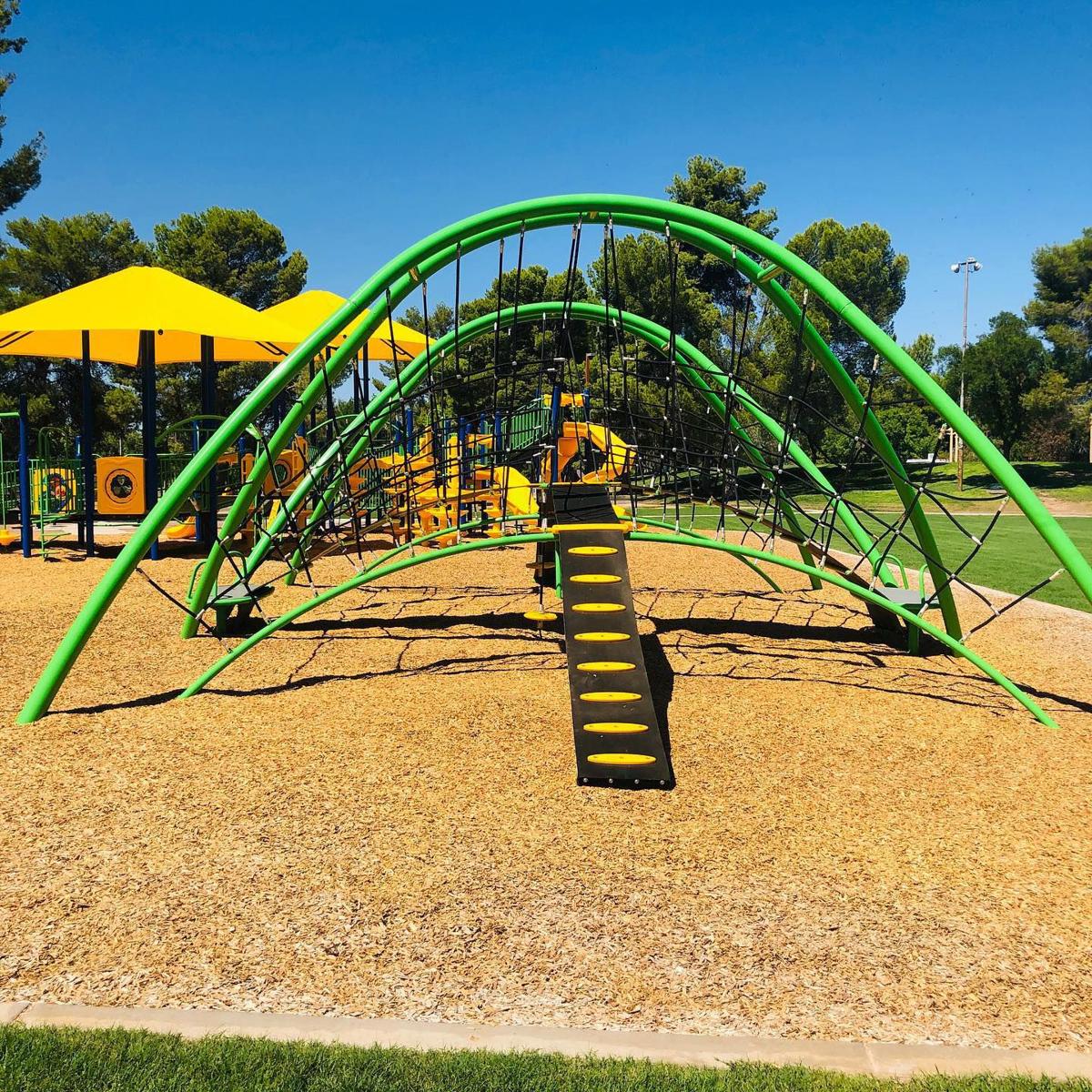 An example of one of the wheelchair-accessible structures at Reid Park's new playground. 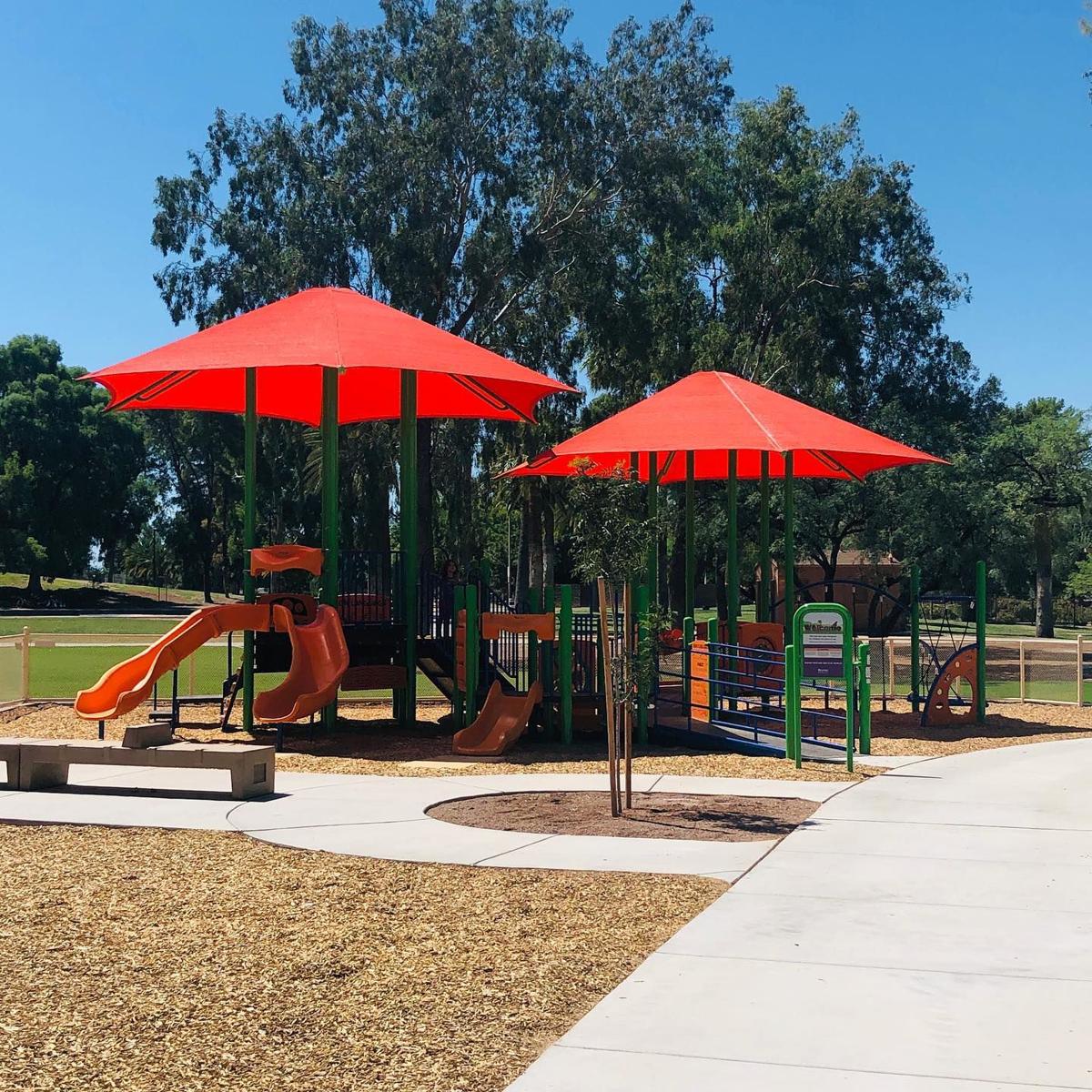 The playground has separate area for kids ages 2 to 5.

The play area near the DeMeester band shell replaces an older, smaller playground in that location. (The playground near 22nd Street is still there).

Not only does this new playground have shade in certain spots, but it's mostly ADA accessible.

"There are ramps all throughout, so it's more accessible than normal playgrounds are, with lots of lower components so kids in wheelchairs or of different abilities can play," says Sierra Boyer, the community promotions and marketing manager for Tucson Parks and Recreation.

Components include musical pieces, climbing structures and a rocking feature — basically a teeter-totter a child in a wheelchair could roll onto.

The project cost around $700,000 and was funded by the city's Impact Fees, Boyer says.

Construction on a splash pad for the park may tentatively begin next summer. That project is separate from the playground and one of the Proposition 407 projects. Check out this story for more information about other Reid Park plans.

Reid Park is getting a new playground and splash pad

Kids will have a new playground to play on at Reid Park in July.

Do you ever wish your kid's interests had a related search?

It's no longer 100 degrees every day. 🙌 Here are 3 outside ways to celebrate with your family

We're cautiously optimistic around here that the worst days of summer are behind us.