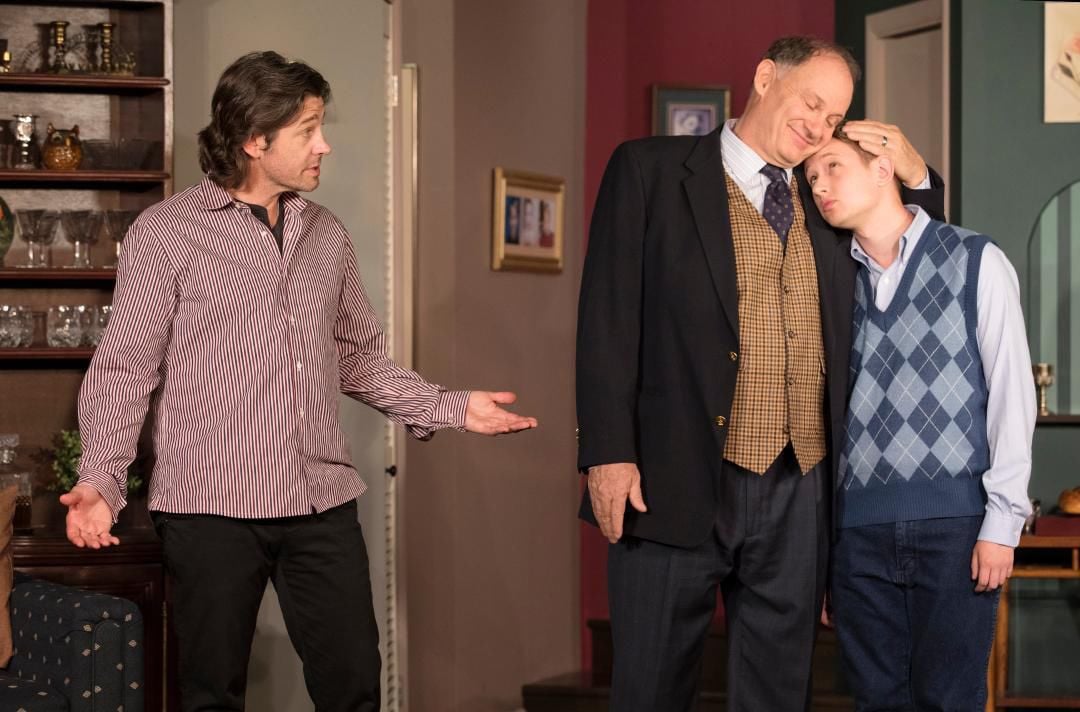 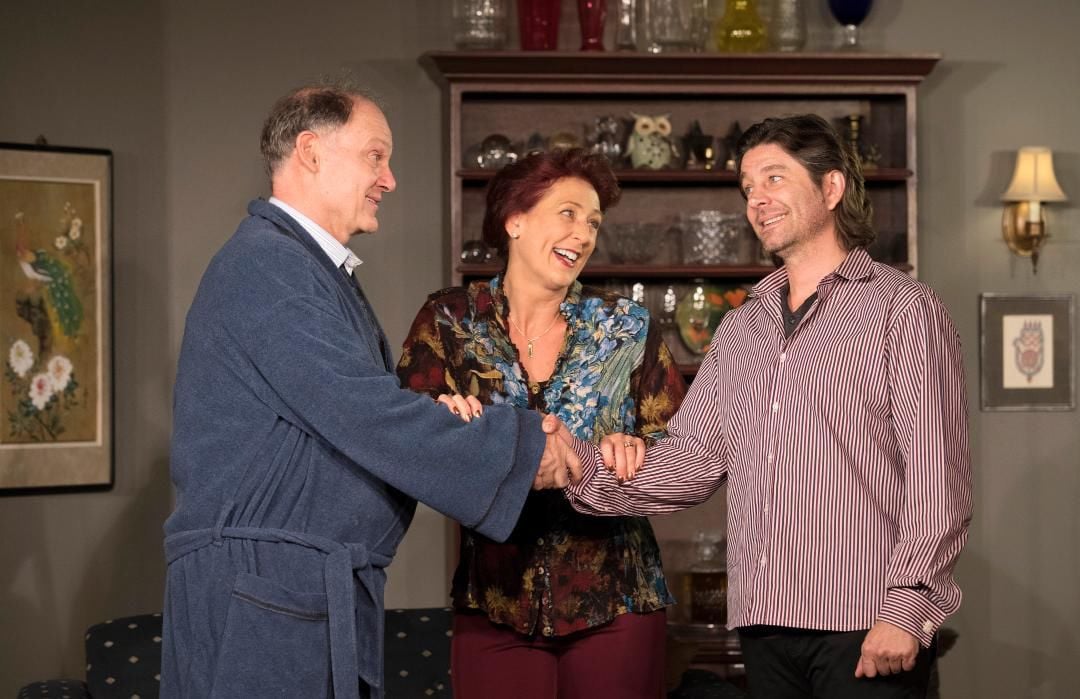 Invisible Theatre ends its season with a world premiere.

And it’s a play that’s not quite ready for the world.

John W. Lowell’s “Mr. Goldberg’s Prodigal Son” has some fine one-liners, and certainly the audience laughed quite a bit at a recent matinee. But the script is full of holes, makes huge leaps of logic, has cardboard characters and is packed with ridiculous plot points.

Here’s the story: Jerry Goldberg (Christopher Koval) was a teen when he left home on Purim a dozen years before the play takes place. His father, Milton (David Alexander Johnston), who runs an envelope company founded by his father, was deeply wounded and has shut him out of his life, though you know he misses him because he has his photo taped onto the back of a framed picture. His mom, Joyce (Susan Cookie Baker), misses him, too — she also happens to have a photo of him taped to the back of another picture.

It is Purim again, and Joyce and Milton, their teenage son Charlie (Andrey Lull), and Milton’s über Jewish grandmother, Hettie (Susan Claassen), have gathered for the holiday when a knock comes on the door.

It’s Jerry. Pops ain’t happy, Hettie and Joyce are overjoyed, and Charlie, who is the “perfect” son with high grades and goals his parents approve of, recognizes his brother as someone he has seen in movies.

Jerry is back because he is wondering why the dividend checks from the envelope company have dried up. He doesn’t care about the money; he wants to make sure everything is OK at home.

Well, everything isn’t OK. The business is in trouble, which is news to Milton’s wife.

Chaos ensues. There are misunderstandings, tears, anger, reconciliation and a very crafty grandmother.

Director Molly Lyons kept the action moving, though at times it moved a bit much — there seemed to be some aimless wandering on the stage.

And the cast threw themselves into it, but they were strapped with clichéd characters.

You have to applaud IT for its commitment to staging new works. You just wish this new work had marinated for a bit — maybe a lot — longer before it got produced.

Run time: About 85 minutes with no intermission.

David Ira Goldstein is back at Arizona Theatre Company.

The new murals that have gone up in the last month are visual celebrations of the city's colorful personality.

Art should speak to the soul. Public art – projects funded with taxpayer dollars – should inspire, reflect a community’s values and foster a s…

The Diamondback Bridge that marks the east entrance to downtown is cracked and shedding its skin.

Artifact Dance Project closes out its season with “New Moves,” which features three new works by a trio of young choreographers: