The Pima County Board of Supervisors approved a proposal for the county to proceed with the purchase of Golden Pin Lanes to turn it into county offices.

Supervisors Ally Miller and Steve Christy voted against the measure, which passed 3-2 on Tuesday.

Pima County Administrator Chuck Huckelberry pushed for the purchase of the bowling alley, which will need to undergo substantial improvements to house those offices. He said buying the property will allow the county to avoid costly lease payments for a number of offices.

If things go according to plan, the longtime bowling alley — a 51,000-square-foot building on West Miracle Mile near North Fairview Avenue — would become the home of the health department’s north clinic, adult probation westside office, juvenile court’s northwest office and several other county offices over the next several years.

The collective annual lease or maintenance payments for the six facilities’ locations is nearly $900,000. Nearly $9 million will have been paid over the life of all of the leases, the start dates of which date back as far as 1991 and as recently as last year.

The county has negotiated a sale price of $2.85 million, and estimates the conversion of the facility to the Northwest County Service Center would cost another $4 million, according to a recent memo from Huckelberry.

With the board approval “the county will own free and clear a facility with an estimated market value of at least $10 million, as opposed to having no asset and continuing to pay rent indefinitely,” Huckelberry wrote. “As a result, the acquisition and remodeling the facility for a Northwest County Service Center is the fiscally prudent action of the county on behalf of its taxpayers.”

Deputy County Administrator Jan Lesher said the county has been on the hunt for such a property in that area for a number of years. The purchase and initial improvements would come out of the general fund, and would not be debt-financed, according to Lesher.

Supervisor Christy was less sanguine about the financial implications of the deal, previously calling the costs “exorbitant.” He was also concerned about the speed with which the deal has come up for board approval, asking “what’s the rush?”

Supervisor Sharon Bronson, whose district includes the building, called the proposal a good investment and good deal for taxpayers in the long-term.

Miller is concerned about asbestos found in the building last year. Over 500 square feet of asbestos-containing materials were removed last May, according to a county environmental quality permit.

The county will have 45 days to inspect the property after the deal is approved, and if environmental hazards — like asbestos — are found, officials can request that they be remedied. If Golden Pin LLC does not remedy such issues — or if the proposed solution is not acceptable — the county can terminate the agreement, according to the terms.

A recent appraisal commissioned by the county put the value of the property at $2.2 million, substantially lower than the $2.7 million the county initially offered owner Don Allan, who was asking for $3 million. That appraisal did not take into account “the value, if any, of the business associated with the bowling operation or any furniture, fixtures and equipment contained within the property,” according to a copy of the appraisal reviewed by the Star. The appraiser — Craig Johnson — was also not aware of the asbestos removed, according to his response to a letter from Miller.

“We did not expect to have a half-a-million dollars of improvements put into the building, but they are there,” Lesher said, adding later: “It’s not normal for someone to put a property on the market and then to continue extensive improvements.”

She said the county has been in conversation with Golden Pins LLC, the company that owns the alley, since January, but did not know how long the property had been on the market. Some of the renovations began roughly a year ago, according to Lesher. Allan did not respond Monday to a message seeking comment relayed to him by a bowling alley employee.

Renovations to the bar and kitchen worth an estimated $160,000 were done last summer, according to online city building records.

The county hopes to find a use for the expanded commercial kitchen, and Huckelberry suggested using it for training purposes, or “capacity for county food programs” in a recent memo.

The owners of the property, whose two parcels have a combined full cash value of roughly $1.4 million, paid nearly $42,000 in property taxes for the current tax year, according to online county treasurer and assessor records. The bowling alley was built in 1966.

Bill Glass, a member and until last week the president of a bowling league that plays at Golden Pin, said he’s not a fan of the proposed sale.

The longtime Tucson bowler and his friends have been playing there for nearly three decades. He said he bowled his only perfect game at Golden Pin, and has a ring from the United States Bowling Congress ring to prove it.

“I would hate to lose Golden Pin,” he said. “It’s been a fixture for so many years.”

But league play is safe for the time being. The contract allows the owner to continue operating as a bowling alley rent-free for up to one year after the sale date, according to a copy. In exchange, Golden Pin LLC will keep up the building and pay utilities.

Origami-inspired clothing line is designed to grow with your child

Origami-inspired clothing line is designed to grow with your child

Star columnist Greg Hansen is counting down the best days in Tucson sports history. Today: No. 92.

The county will test the resilience of a dozen different road repairs and treatments.

The board also renamed The Loop after County Administrator Chuck Huckelberry, and approved purchase of a bowling alley.

A local group has expressed interest in leasing the longtime bowling alley in an effort to save the property. 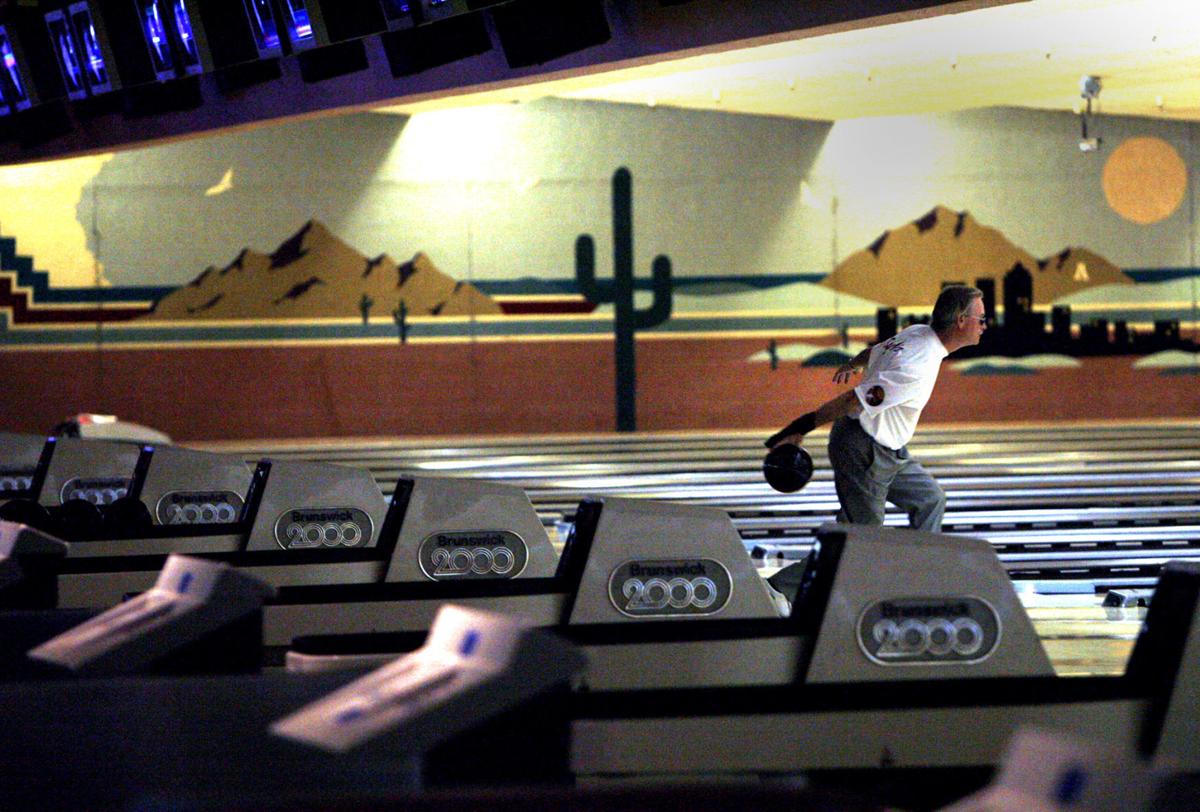 Pima County is looking at whether to purchase Golden Pin Lanes to turn it into county offices. 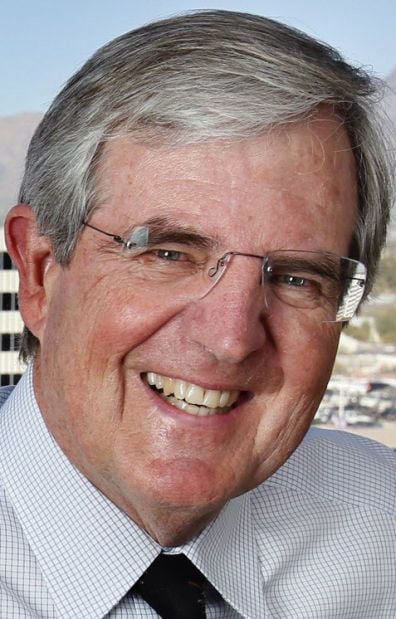