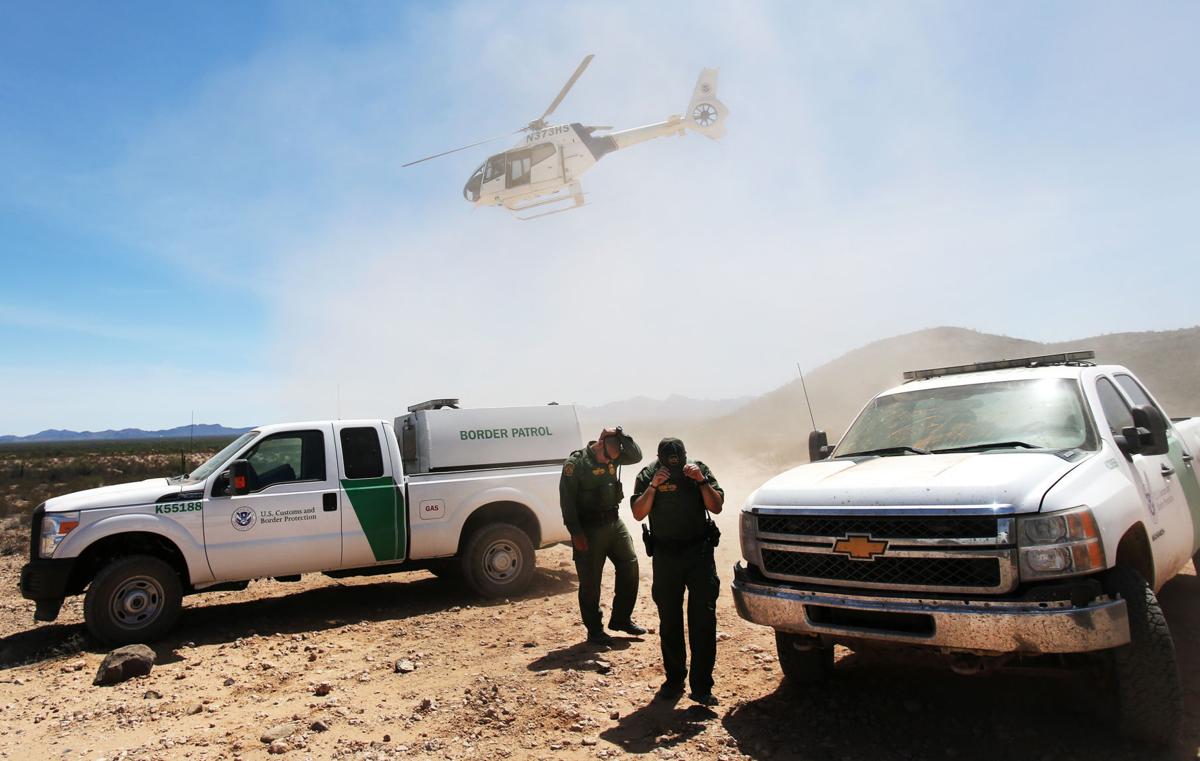 They’re both originally from Mexico, but one now lives in Tucson, the other in Tempe.

Their reactions to the victory of Donald Trump in the presidential election couldn’t have been more different.

Art Del Cueto, 42, has become a well-known Tucsonan because of his outspokenness as president of the union for agents in the Border Patrol’s Tucson Sector. He was among those who pushed for the national union to endorse Trump early in the primary election process — a highly controversial decision.

Joel Cornejo, 20, is a relatively unknown young man up in Tempe who attends Maricopa Community College. His family came to the country from Mexico City when he was 7 years old, and he is enrolled in the DACA (Deferred Action for Childhood Arrivals) program, created through an executive order by President Obama, that allows people brought to the country as undocumented children to have temporary legal status.

Trump has promised to overturn the program, putting Cornejo and thousands of others at risk.

Del Cueto, also a vice president of the national union, helped convince the National Border Patrol Council to take the risk of endorsing Trump back in March. It was a high-risk move because Trump was a controversial candidate, of course, and the union had never endorsed a candidate for president before the general election. I was among many who criticized the decision.

Now the gamble is paying off for the union.

“I was there Tuesday, the night of the elections,” Del Cueto said. “Donald Trump came down after he was done with his speech. He looked at me and said ‘These are my guys.’ He pointed right at me, gave me a high five and said, ‘Get ready to work.’ That’s important, when the president tells you that, it’s a big deal.”

Of course, Del Cueto had a cellphone video as proof this happened. But it’s not really disputable that the union has an unprecedented “in” with a president. Trump spoke about the union’s endorsement all the time in his stump speeches. He met with Del Cueto and other union representatives many times.

Since the election, they’ve been in touch with the transition team daily, Del Cueto said.

“He considers us the experts in border security,” he said of Trump.

What exactly Trump will do in terms of immigration policy is unclear. He said in an interview with “60 Minutes,” aired Sunday, that he plans to follow through on his commitment to build more of a border wall, though some could be fencing. He also said he expects to deport 2 million to 3 million people who he estimated are people convicted of crimes and who are illegally in the country.

Other experts have disputed that number as far too high. What Del Cueto expects is a rollback of Obama administration policies that the union says were keeping border agents from doing their jobs.

“We’re not asking for special laws,” he said. “All we’re asking for is that the laws that are on the books be enforced.”

When I asked for specifics, Del Cueto said, “A lot of it is being able to deport individuals that we arrest, as opposed to giving them a paper and saying, ‘please report to the nearest immigration (office) when you get where you’re going’, putting them on a bus and never hearing from them again.”

As a union officer, Del Cueto sees many of the disciplinary and criminal complaints against agents, whom the union provides with representation. The union has regularly resisted efforts to hold agents criminally accountable for excessive use of force. But he said the change in administration should not lead to any increase in bad acts by agents, who just want to do their jobs.

“I don’t see agents all of a sudden running rogue,” he said.

He acknowledged agents could participate in the arrest of people who have been living for years in the country illegally, if the Trump administration pursues the increase in deportations as promised.

Generally, though, enforcing immigration laws in the interior of the country is a duty reserved for a different agency, Immigration and Customs Enforcement.

Election night left Cornejo deflated, he said, without sleep and afraid to leave the house.

“I was just disappointed overall,” he told me Tuesday. “I feel kind of betrayed by the country. What I’m doing to protect myself is I’m getting more involved in the movement.”

The movement, he said, is of undocumented youths seeking to stay in the country where they’ve grown up.

“I’m scared to lose everything,” he said. “For myself, I think I’m really strong emotionally. I do fear for my family. For example, my sister goes to ASU and she’s got a scholarship. I’m scared she’ll lose everything that she’s worked for.”

“I’m scared for me, for my sister, for my family, for my parents, for my community,” he said. “That also feeds my anger and my motivation to come out and still fight.”

Cornejo was the only Dreamer, as they’re known, I was able to interview despite contacting others in Tucson whom I and other Star reporters have interviewed before. The election, it seems, is driving them underground.

That’s not surprising, of course. Like Del Cueto’s story, it shows how the stakes of this election were so high.

People like me who avidly opposed Donald Trump have had a tough couple of days facing reality.

Tim Jeffries relished quick firings of DES employees, and Ducey should do the same with him

Arizona regents to Trump: Here's how to keep 'Dreamers' here as in-state students