Tucson has a new museum. It’s the Mexican-American Heritage and History Museum at the historic Sosa-Carrillo House.

Yes, it’s a mouthful, but given that we’ve been waiting a long time for such a museum, its long name is appropriate. It’s about time that Tucson, with its long, deep Mexican roots, has a museum dedicated specifically to generations of Mexican-American families, individuals and organizations that created Tucson, developed it and continue to sustain our community.

On Friday, the local preservationist group, Los Descendientes del Presidio de Tucsón, officially opened the museum’s doors with a fitting exhibit in a well-timed month in a meaningful building.

The exhibit, Trailblazing Women of Mariachi Music, highlights the early women pioneers in a musical genre with world-wide appeal, with a fair amount of that focus on Tucson women. The exhibit coincides with International Women’s History Month and the staging of “American Mariachi” by the Arizona Theater Company, a play about an all-women mariachi ensemble. And the exhibit is in the house that clearly and completely exemplifies Tucson’s treatment of Mexican-American history.

The exhibit was researched and curated by Leonor X. Perez of San Diego, an educator and founder of the Mariachi Women’s Festival. The exhibit at the Sosa-Carrillo House on South Granada next to the Tucson Convention Center’s Music Hall will be up for public viewing until May 5.

But beyond that the future is open for Los Descendientes to create and present exhibits on a wide range of subjects related to Tucson’s Mexican-American history.

Villegas said the goal is to make the museum a tourist and community attraction. “But for me community is more important. We really need to understand our history.”

Moreover, she added, “We want to focus on being inclusive, especially the community that was displaced from here.”

That community was a diverse community of Mexican-Americans, black, Chinese and Jewish families, who had settled in the barrio south of the original Spanish-colonial presidio. But by the late 1960s, the proud barrio, which had pulsated with life and activity, had evaporated because of neglect of absentee landlords, and economic and political forces who razed the barrio to make room for the TCC.

But in a step to reclaim the house’s proper history, Frémont has been dropped from the museum’s name.

“The history of the house is in the Carrillos and the Sosas. It’s more reflective of the house’s history,” said Bill Pounder, chief operating officer of the Arizona Historical Society, which has owned the Sosa-Carrillo House since the early 1970s. “Frémont was not.”

Those collaborations will be critical to the museum’s success and outreach, said Lydia Otero, an associate professor in Mexican-American Studies at the University of Arizona and author of the 2010 study of the destruction of the barrio, “La Calle: Spatial Conflicts and Urban Renewal in a Southwestern City.”

Demion Clinco, CEO of the Tucson Historic Preservation Foundation, worked with Villegas on the exhibit. He said the use of the Sosa-Carrillo House is returning an underused asset to the community.

“A group like Los Descendientes is what it’s going to take to make the museum a success,” he said.

In addition to the group’s vision and collaboration with community partners, money, of course, will be critical.

County Supervisor Richard Elías, whose family roots stretch to Tucson’s Presido era, said Tucson is rich in history but operating funds are alway the most difficult to find. “The museum has the charm to attract visitors and support,” he said. But because the house is small and squeezed between the arena and Music Hall, it feels lost, which can pose a challenge to raise money, he added.

He’s confident that Tucson will rise to the challenge.

The obstacles notwithstanding, Villegas said the need for the museum is more important today than ever.

“We don’t know our (Tucson Mexican-American) history. Not even a lot of us that have grown up here,” said Villegas, a Tucson native. “We don’t understand where we came from. And in the climate that we live in right now, we need to learn it again, and we need to understand it accurately — the good, the bad and the ugly.”

Richard Lopez turned 94 last week. His room was festooned with balloons and birthday cards and he was resting in bed when I visited him Thursd…

Early in Jose Antonio Vargas' book, he writes about a life-altering day when he was 16.

Neto's Tucson: A park on the old 'A' Mountain landfill?

"It is historic land. It's been inhabited by people for thousands of years."

Neto's Tucson: Making the case for a sanctuary city

Neto's Tucson: Lady Liberty's light will continue to pierce the darkness of xenophobia

It struck me as beautiful and remarkable that a top tourist draw for foreign visitors is this country's most visible symbol of liberty and the welcoming land of immigrants.

The University of Arizona can be a tough sell to indigenous students.

Neto's Tucson: The power of mariachi

The message arrived in all caps. It was clear as the desert sky after a summer rain. 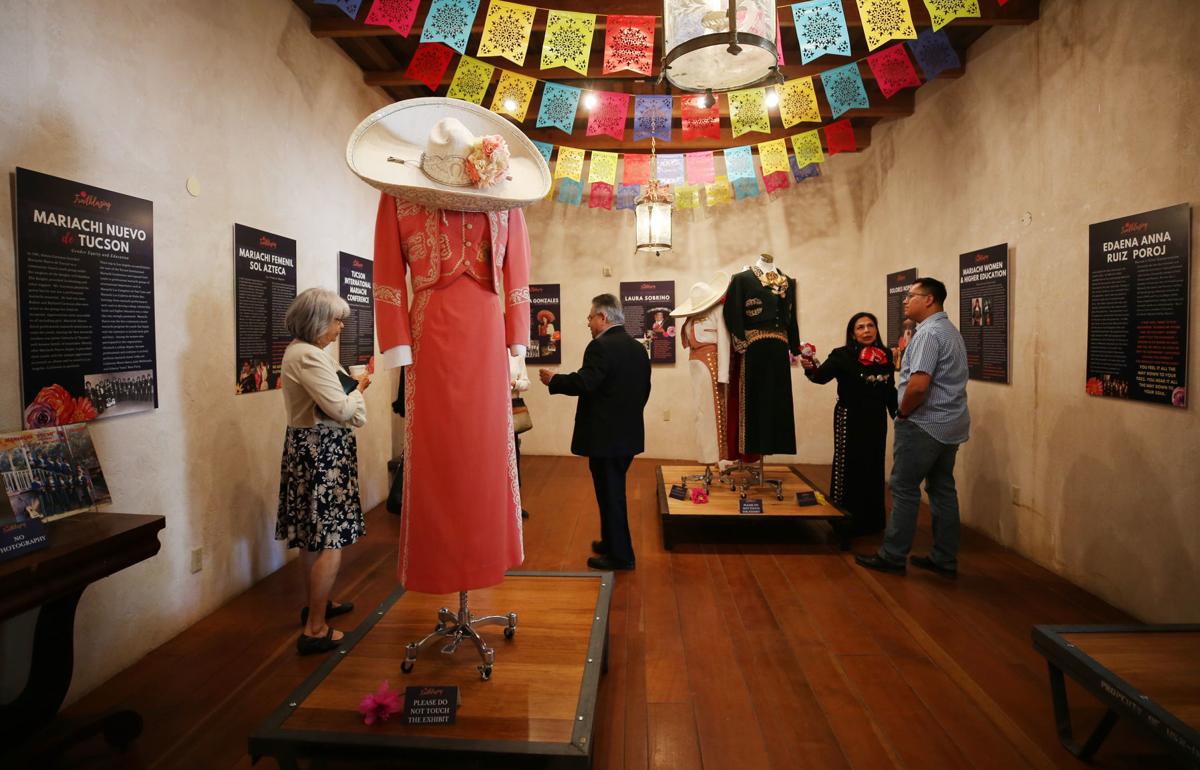 Mariachi dresses are on display as part of the Trailblazing Women of Mariachi Music exhibit at the Sosa-Carrillo House, 151 S. Granada Ave. The exhibit will be open until May 5. 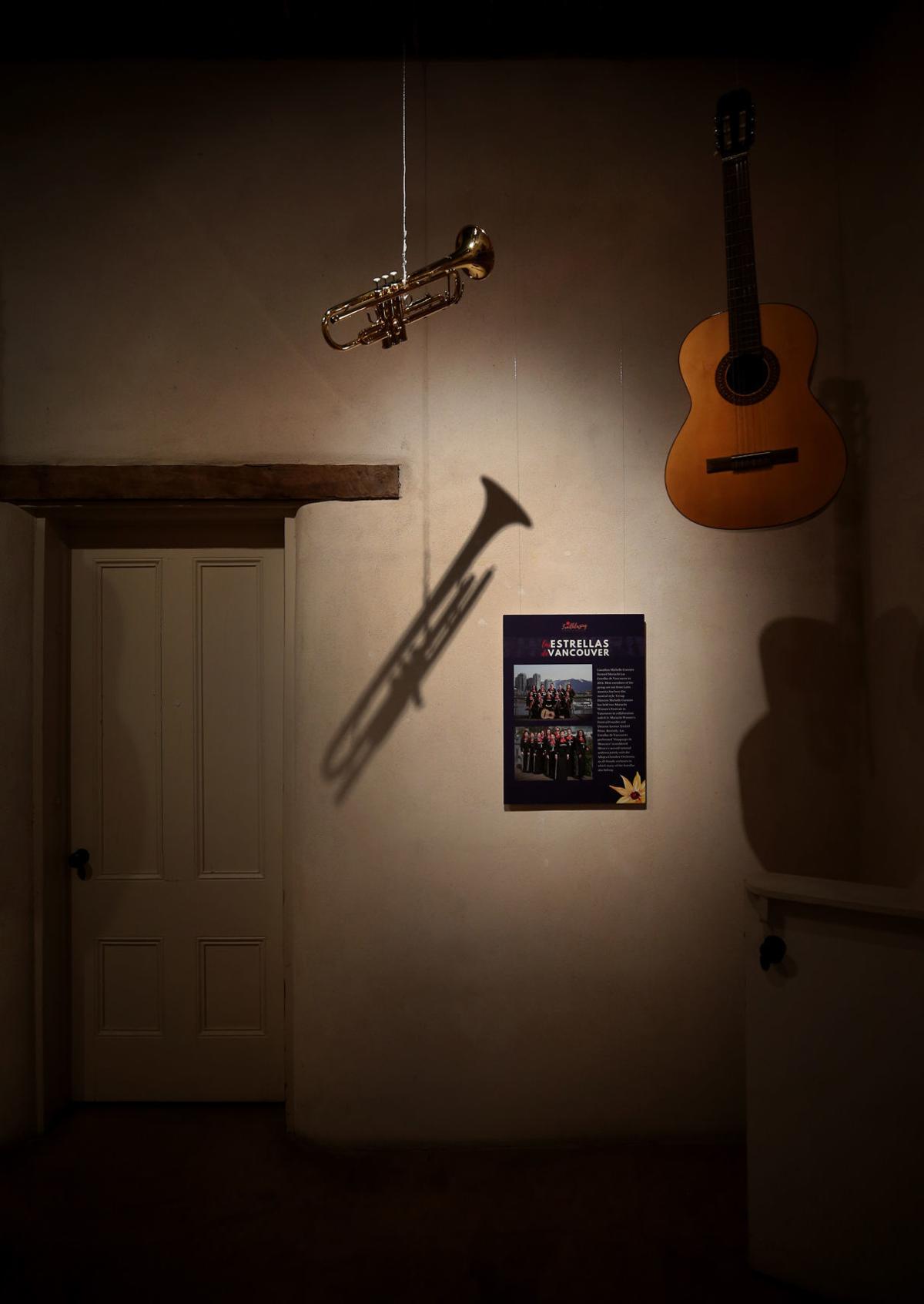 Mariachi instruments hang from above in a room during an opening for the Trailblazing Women of Mariachi Music exhibit at the Sosa Carrillo House, 151 S. Granada Ave., March 8, 2019, in Tucson, Ariz. Curated and researched by Dr. Leonor Xochitl Perez, the exhibit runs through May 5. Museum hours are 10 a.m. to 4 p.m. Monday, Thursday and Sunday. A $5 donation is suggested. 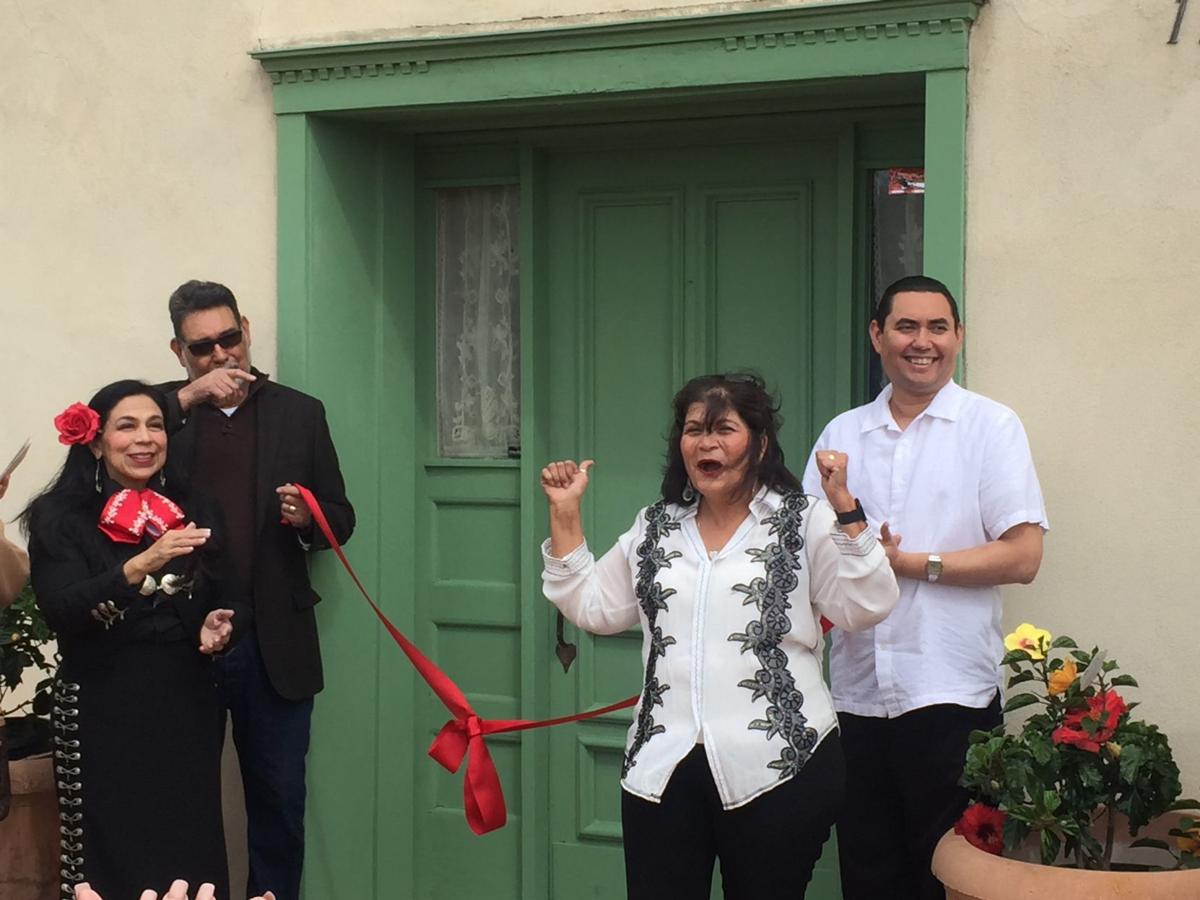 A ribbon cutting ceremony was held Friday at the Mexican-American Heritage and History Museum at the Historic Sosa-Carrillo House. It was the opening for the exhibit Trailblazing Women of Mariachi Music. Standing left to right: Leonor X. Perez, exhibit curator; Raul Ramirez of Los Descendientes del Presidio; Betty Villegas, president of Los Descendientes del Presidio; and Eric Gonzales of the Arizona Historical Society.

The Sosa-Carrillo-Frémont House was spared as the city destroyed a number of historic buildings south of the downtown area as part of its march toward urban renewal in the late 1960s. 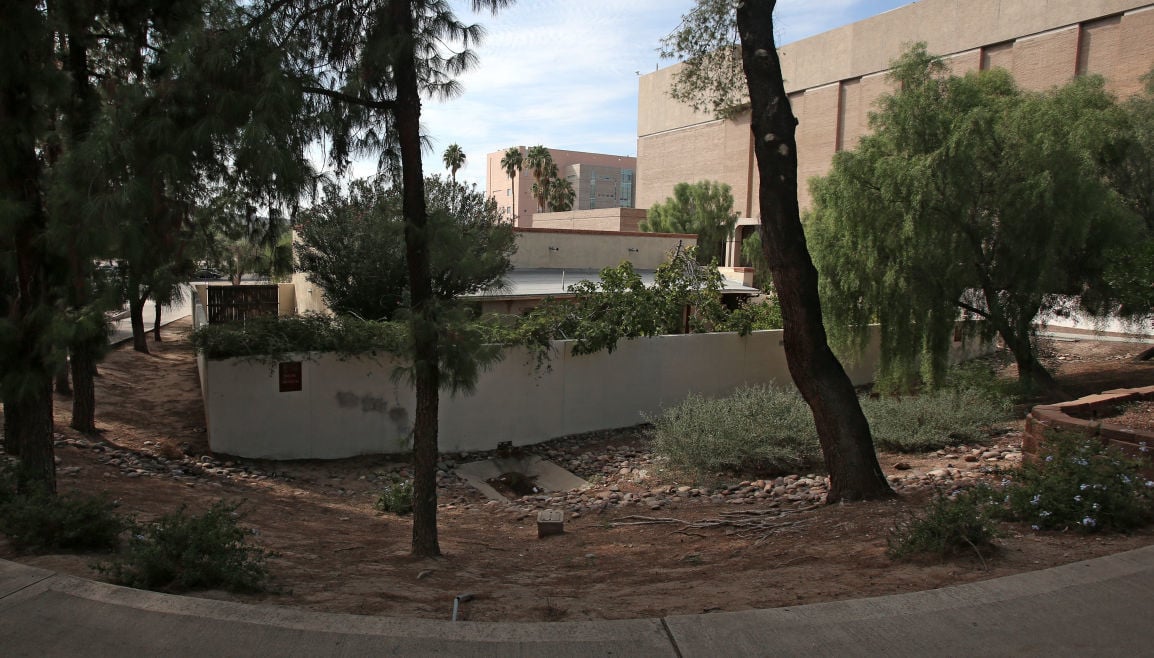 The rear of the Sosa-Carrillo House is visible. The building is nestled between the exhibition hall and the music hall, right. It was spared from demolition during the urban renewal program. The photo was taken on Sunday, October 11, 2015, in Tucson.