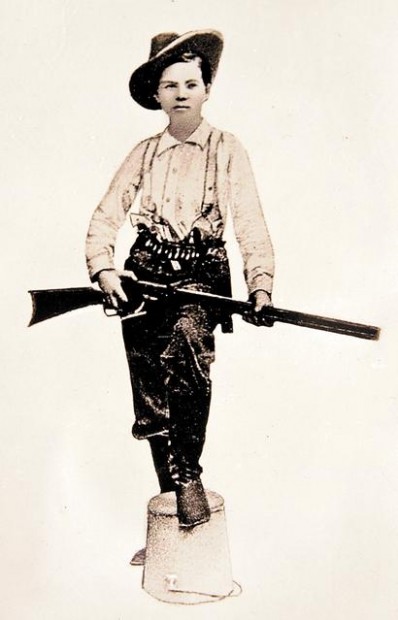 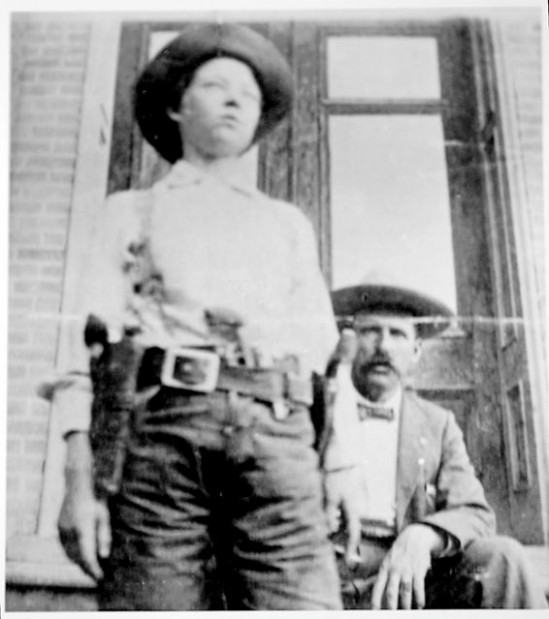 No one can quite agree on the true identity of Pearl Hart.

Though stories of her reckless and trouble-making ways vary on some details, most accounts of Arizona's lady stagecoach robber agree: She courted notoriety and made sport of bucking social mores at the turn of the 20th century.

Pearl Hart, nee Taylor, was born in the small town of Lindsay, Ontario, in 1871. She was a winsome girl with dark hair and blue eyes, standing no more than 5 feet tall and weighing barely 100 pounds.

It was at a boarding school when she was 16 or 17 that she took a turn toward trouble.

She met a handsome, smooth-talking gambler with a reputation as a con man and layabout. His surname was Hart, but historians and writers can't agree on his first name, which may have been William, Brett or Frank. Their feverish affair culminated with the pair eloping.

For a while they were happy, drifting from town to town as Hart eked out a living gambling and tending bar. But he had a nasty temper when he drank, and he beat his wife severely. She left him several times, only to reconcile when he promised to change. During these periods of reconciliation, Pearl gave birth to two children — a boy and a girl. Due to her nomadic life, Pearl sent the children to live with her mother in Ohio.

In 1893, the couple traveled to the World's Columbian Exposition in Chicago. Hart found work as a midway barker and Pearl became enamored of the cowboy lifestyle while watching Buffalo Bill's Wild West Show.

When the exposition closed, Pearl left her husband, and with money from an amorous cowboy from the Buffalo Bill show, hopped a train to Colorado. She found work as a boardinghouse cook in the small mining town of Trinidad, and supplemented her meager wages by providing more provocative services for the miners.

As a young woman without encumbrances, Pearl, by then in her mid-20s, traveled the West working as a cook in boardinghouses and mining camps. And she developed her fondness for liquor, cigars and morphine.

In Mammoth, Pearl managed to save a little money before the mine shut down and she was once again in need of employment. The need became all the more urgent when Pearl received a letter from her sister in Ohio: Their mother was on her deathbed and Pearl needed to come home immediately.

Pearl was a bawdy, hard-drinking woman who could cuss with the best of the cowboys, but she loved her mother.

Frantic to acquire train fare to Ohio, Pearl confided her troubles to an acquaintance, miner Joe Boot. He told Pearl she could make money working a mining claim with him, but the stake proved to be tapped out. Other schemes also failed.

There's no telling which one — Pearl or Boot — came up the idea to rob a stagecoach, but one thing's for sure: Neither invested much thought into an escape plan.

On the warm afternoon of May 30, 1899, Pearl dressed in a gray work shirt and boots. With her hair cut short and a sombrero pulled down tight to hide her face, she tucked a .38 revolver into the waistband of her dungarees. She and Boot saddled up and rode to Cane Springs Canyon — part of the 60-mile stretch over which the Globe-to-Florence-bound stagecoach would travel.

As the stagecoach rolled to a stop, Boot pulled a Colt .45 and ordered the driver to "Elevate!"

Pearl pointed her revolver and ordered the passengers out. A search of their pockets netted almost $400. Pearl returned a dollar to each of the passengers for food and lodging. Then she grabbed the stage driver's gun, mounted her horse and made her getaway with Boot.

The pair rode through thick brush for several days, trying to throw off the pursuing sheriff's posse. But Pearl and Boot never made it far. They got lost more than once and rode in circles. They were asleep at their campsite when the posse sneaked up and disarmed them.

"The woman sprang up fighting, but the man made no resistance," read an account in the Tucson Citizen.

Pearl was taken to the Pima County jail, while Boot was incarcerated in Florence.

Pearl was a curiosity to people across the country. One local admirer even gave her a wildcat kitten to keep in her cell. Reporters from as far away as New York arrived in Tucson to take her photograph and write articles about her. Pearl reveled in the attention.

In an article for a 1900 issue of Cosmopolitan magazine, a writer said the slender, youthful-looking Pearl Hart "is just the opposite of what would be expected of a woman stage robber," though, "when angry or determined, hard lines show about her eyes and mouth."

Pearl, who was not without her charms even after years of keeping company with miners and cowboys, persuaded a jail trusty to bust her out before her trial. Pearl's freedom didn't last long, though. She was recaptured within days and returned to Arizona to stand trial.

In her defense, Pearl played on the sympathies of the jurors, talking about her dying mother, and claiming she would "never consent to be tried under a law which my sex had no voice in making," says the 2006 book "Outlaw Tales of Arizona."

Much to the displeasure of the judge, the jury found Pearl not guilty on the charge of stage robbery. Furious, the judge ordered her immediately rearrested and charged for stealing the coachman's six-shooter. Found guilty, Pearl was sent to the Yuma Territorial Prison.

"The judge decided it would take five years discipline in Yuma prison to cure her of the practice of holding up a stage," reported the Tucson Citizen.

Joe Boot received 30 years for the robbery, but served just a few. He gained the trust of guards and was appointed as a prison trusty, driving wagonloads of food and supplies to chain gangs working outside the prison walls. One day, Boot rolled out of the gates and was never seen again.

Yuma prison had housed several women before Pearl, but her propensity for theatrics made her the most-celebrated inmate. Pearl's 8-by-10-foot prison cell was carved into the side of a mountain and she had a small, dirt yard.

Pearl had served less than half of her prison sentence when she was unexpectedly paroled — her release coming on the heels of her claim of pregnancy. The potential for political embarrassment was high, given that her only male visitors had been prison trusties, the governor and a pastor. No record exists of a third child, though, suggesting her claim was a ruse.

Little is known about Pearl after her departure from Yuma. As a condition of her release, she was ordered to leave the Arizona Territory.

Using an alias, Pearl joined Buffalo Bill's Wild West Show for a while before being arrested in Kansas City in 1904.

She was running a cigar store when she was arrested for receiving stolen goods and running a pickpocket ring.

It's unknown if those charges stuck, and by 1940 Pearl was again living in Arizona, according to a Census taker who had several encounters with the celebrated thief. According to a 1974 Arizona Daily Star article, Pearl settled in Globe with a rancher she married in Mexico and quietly lived into her 80s.

Upon her death in 1960, Arizona's notorious lady bandit was buried, without pomp, next to her husband in a Hayden cemetery.

Life Stories usually chronicle the lives of recently deceased Tucsonans. But, at this time of year, when the veil between life and death is thin, and thoughts are near of loved ones long passed away, Life Stories steps back in time to remember the notorious Pearl Hart. The information was compiled from Arizona Daily Star and Arizona Historical Society archives.

● To suggest someone for Life Stories, contact reporter Kimberly Matas at kmatas@azstarnet.com or at 573-4191. Read more from this reporter at: go.azstarnet.com/lastwrites

This long-awaited Mexican restaurant has opened its doors in Marana

For Star subscribers: In the works since last April, Guadalajara's Mexican restaurant is open in Marana, serving its classic dishes.

For Star subscribers: This 410-unit apartment complex built on Tucson's east side in the 1970s has sold for $65.5 million.

Staffing shortages and restricted communication with hospital administration have put patients at risk, nurses said at a protest Thursday.

Tucson police were searching for a driver who fled after fatally hitting a woman in a wheelchair who was crossing a midtown street.

David Berkman is seeking access to records related to the civil suit involving Louis Taylor, who served 42 years in prison in the the deadly fire at Tucson's Pioneer Hotel in 1970.