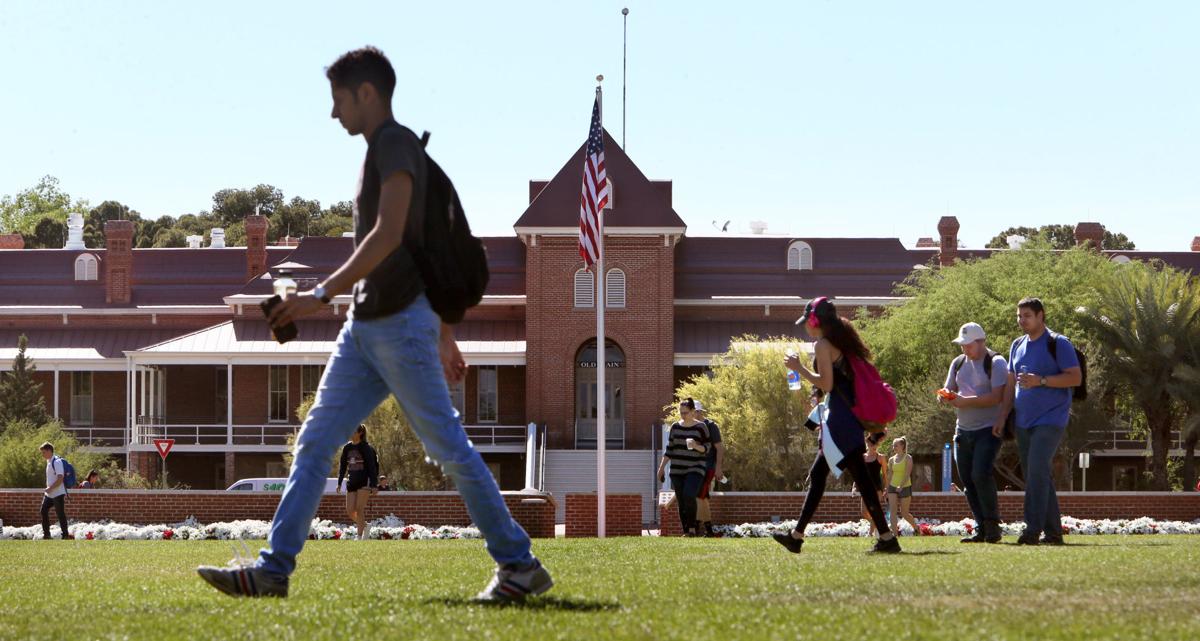 This is Part 5 of the Arizona Daily Star’s six-part look into universities’ efforts to enforce and improve Title IX, a federal law that prevents gender discrimination. The Star partnered with Solutions Journalism Network to travel to schools that have made recent changes to their Title IX programs in response to crisis or on their own volition.

More than 100 University of Arizona students packed into a classroom at the College of Law in late February to hear their peers debate an issue at the forefront of campus life.

Up for discussion: how universities use Title IX to address sexual misconduct.

The federal law, implemented in 1972, ensures gender equity for students attending schools that receive federal funding. The law is brief and fairly vague, saying only, "No person in the United States shall, on the basis of sex, be excluded from participation in, be denied the benefits of, or be subjected to discrimination under any education program or activity receiving Federal financial assistance."

Over the years, Title IX has evolved as institutions recognized the importance of applying the law in a way that makes sure every student has access to an education free from sexual abuse, sexual harassment and dating violence.

In 2011, then-President Barack Obama issued guidelines on schools' legal obligations in addressing sexual violence. The 19-page document, often referred to as the "Dear Colleague" letter, prompted colleges and universities across the country to look at their Title IX and nondiscrimination policies and, in most cases, to change them in order to comply with the guidelines.

Since then, schools have made headlines with sexual misconduct cases that call into question the effectiveness of their Title IX policies and, in some cases, Title IX as a whole.

The resolution addressed by UA students during last month's debate echoed the sentiments of Title IX critics across the country. Students argued the motion, "Title IX should not be used to address campus sexual misconduct."

The 21 student interns involved with the UA Debate Series were interested in starting a conversation about sexual misconduct policies in the wake of the #MeToo movement and with the changes to Title IX under the last two presidential administrations, executive director Ted McLoof said.

"They had to decide whether to reconsider from an optics standpoint, or whether to just lean into it and call that point out," McLoof said.

Attendance at debates is typically about 50 to 60 people, McLoof said, with many of them students attending for class credit.

This debate, however, "was something else entirely," McLoof said.

"We easily had over 100 people and many of them approached the speakers afterward to discuss the issue further, so they were clearly there of their own volition," he said. "The topic is on a lot of students’ minds."

While there was much disagreement during the debate over the most effective way to investigate and adjudicate sexual misconduct allegations, both sides agreed on one point: Title IX, in its current state, is not the answer.

The affirmative team argued that Title IX has fostered corruption within universities and ignores the due process rights of those accused. Team members said the way schools have handled investigations under Title IX has caused a lack of trust in the university system, and that there's no effective way to revise the law. Their message was clear: The university system should not adjudicate sexual misconduct cases.

The opposing team said Title IX should be kept but with major revisions, starting with the words that define consent. Federal oversight will keep universities accountable, they said, and force schools to investigate allegations quickly and provide resolution to everyone involved.

"Students themselves, since we are the ones living and experiencing this … we have friends and families and all these people in our lives that have actually been touched by these sorts of issues," said affirmative team member Juan Torres. "We ourselves are the best vehicle to actually change the culture and to actually focus on not just helping victims after they're attacked, but also in regards to trying to rehabilitate people that have been found guilty of sexual misconduct."

In their arguments, both teams questioned the UA's handling of Title IX investigations over the past several years.

More in this series

Part 6: UA's new Title IX director has a bold vision for the future

"I want you to think … who here believes that honestly, the UA has your back if you're going to come and speak out, especially taking into consideration that many of these cases come up against highly regarded student, like student-athletes?" negative team member RJ Lynch asked the room.

There was much disagreement as to which team's plan was best, but the teams were in solidarity that something needed to change about how universities — including the UA — handle sexual misconduct cases.

"I think everyone in this room is not supportive of sexual harassment or sexual assault and anything like that, and yet all of us have not yet been able to change the culture," said affirmative team member Emma Encinas, her statement eliciting nods from many students in the crowd.

Last week's debate made it clear that there's much interest and concern among UA students regarding the state of Title IX, which is in limbo under the Trump administration. In 2017, newly appointed Secretary of Education Betsy DeVos rescinded Obama's Title IX guidance. As schools grappled with how to handle the repeal, DeVos issued 149 pages of proposed changes.

The changes would, among other things, narrow the definition of sexual harassment, limit colleges' responsibility to only investigate incidents that take place on campus or within a school-sponsored program or activity, allow accusers to be cross-examined in person by the person they accuse of misconduct, give schools the option to use a higher standard of proof and give colleges more leeway to use informal resolution procedures.

Linda Correia, a Title IX attorney with more than two decades of experience, says the proposed changes elevate the interests of those accused of sexual misconduct over the rights of victims, undermining the purpose of Title IX.

"It’s completely divorced from what our experience has been in sexual harassment cases in employment contexts," Correia said.

Correia has represented victims in Title IX cases levied against the University of North Florida and Florida Gulf Coast University. She currently has a case pending against Howard University.

One proposed change that concerns her is giving schools the option to decide what evidentiary standard to use in investigations.

"I don’t think there’s much dispute that more than 80 percent of colleges (since Title IX has been put in place) have come up with processes that call for a preponderance of the evidence to evaluate claims," Correia said. "These regulations are giving schools the option to use a clear and convincing evidence standard instead, which is a much harder burden."

Correia said that if the changes are approved, schools will very likely change their procedures to avoid future legal liability for Title IX incidents.

"That’s obviously going to make it harder for students who come forward and say they’ve been assaulted to prove they’ve been assaulted and to urge the schools to take either disciplinary step against the assailant or to help them deal with the consequences of that for themselves so that they can continue to complete their education at the school without having to be around the person that assaulted them," she said.

The proposed changes would also abdicate schools from the responsibility to investigate alleged incidents that take place off campus. Under Title IX, schools have a responsibility to make sure the consequences of a sexual assault or harassment incident — regardless of where it happened — don't derail the victim's education.

"School by school, if they know that more than half of students live off campus, they can make these problems go away by ignoring events that happen off campus," Correia said. "This is a green light to do that."

Correia also expressed concerns about live cross-examination, calling it an opportunity to retraumatize the victim.

In recent years, many schools have recognized the importance of approaching sexual harassment and sexual misconduct cases with trauma-informed training, since these types of cases are so different than other types of student misconduct issues, Correia said.

Investigators and law enforcement officers who understand the psychology behind how people respond when they're assaulted or the science behind the personalities of abusers are better able to understand the testimony from both the alleged victim and the person being accused, she said.

"A lot of the times, these are not one-off situations, unfortunately," Correia said. "That’s not to tag everyone who’s ever been accused of sexual assault as a predator, but this is repeat behavior. This is information that’s pretty well known in science and pretty well known among psychologists."

Up next: The UA’s new Title IX director, Ron Wilson, says he wants to “do what’s right because it’s the right thing to do.”

Two people were killed when a man driving the wrong way on Interstate 10 near Picacho Peak crashed into another vehicle.

Tucson police are investigating the shooting death of a 25-year-old man.

For Star subscribers: The water savings from fallowing by farmers along the Colorado River in Southern California will save up to 180,000 acre feet of water.

The judge rebuffed a claim by the private firm — which is conducting the state Senate's review of the 2020 election — that it cannot be sued under public records law.

For Star subscribers: There are 125 active marijuana dispensaries in Arizona. Just 16 are in Pima County. Here's why.

A man was killed Saturday when he lost control of a car and was ejected, Tucson Police say.

Man killed in crash on Tucson's southeast side 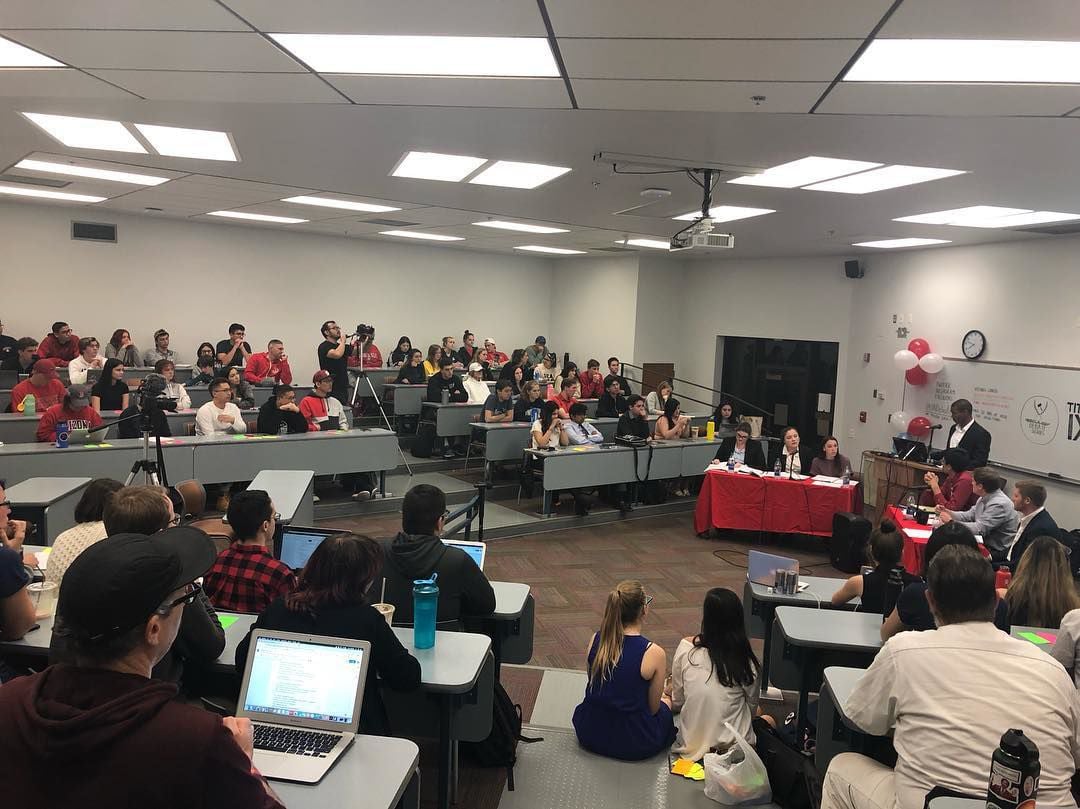 More than 100 UA students attended a debate last month to listen to their peers discuss the merits of the current Title IX policies. 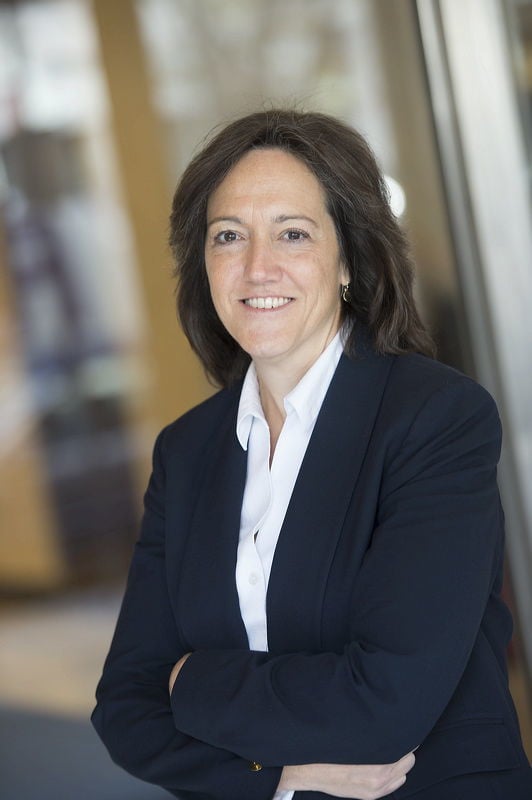