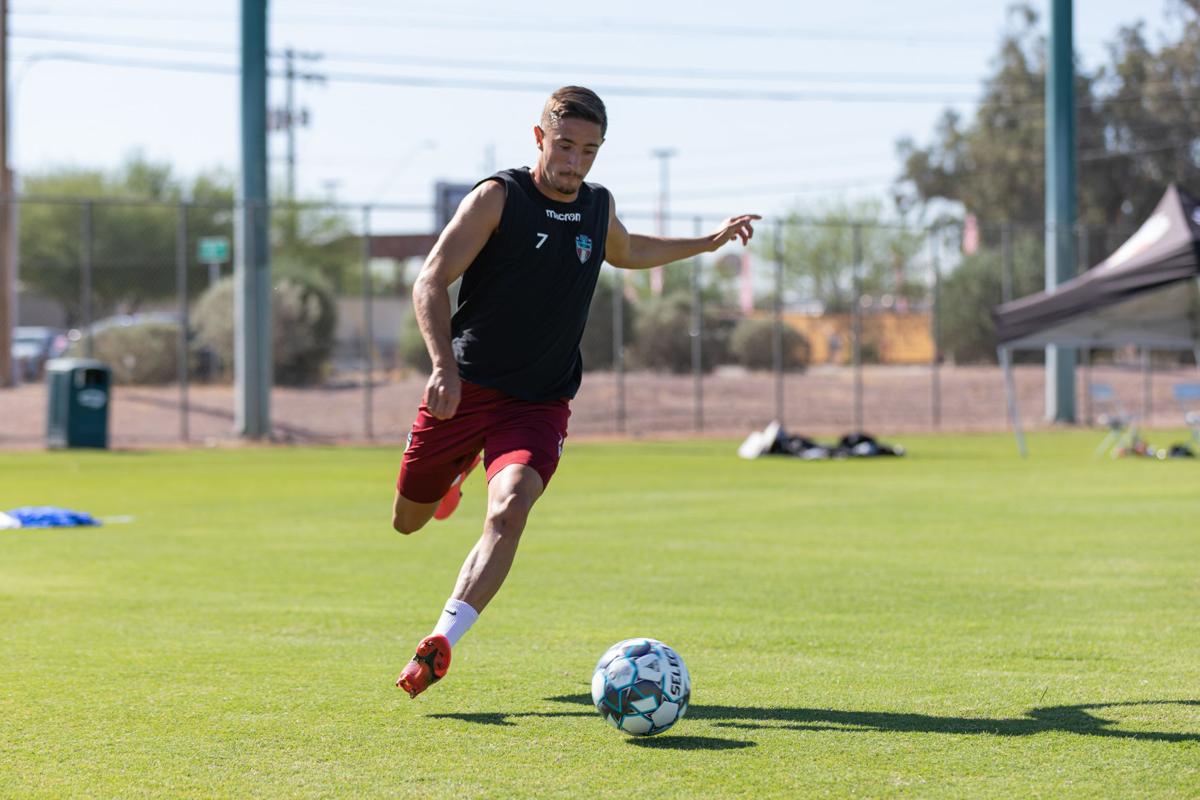 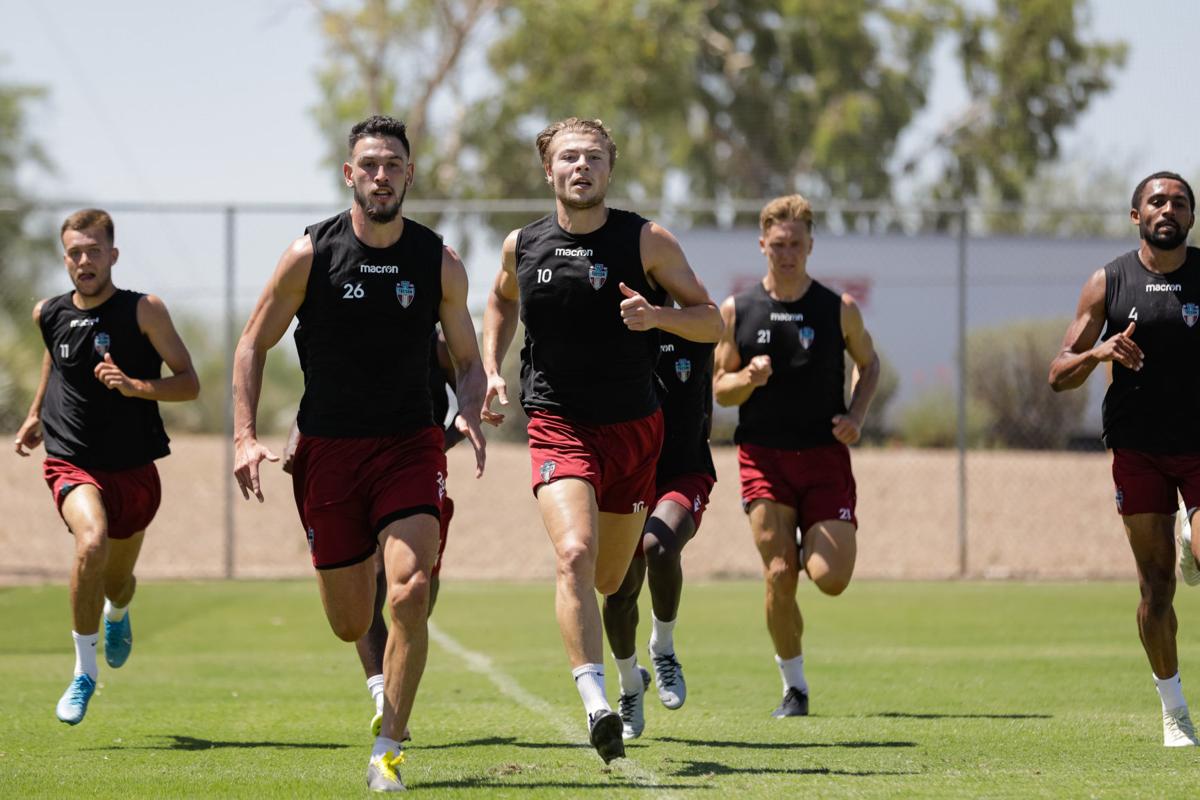 FC Tucson players returned to practice on Monday after 2ƒ months away from the pitch.

On June 5, FC Tucson’s coach learned that the USL League One Board of Governors had voted to return to play with a tentative start date scheduled for July 18.

Galas’ next emotion, though, was what he called “a little bit of reservation.”

“Because we have a lot to get done to be able to return to play in a proper environment,” he said.

Make no mistake about it, FC Tucson’s players and staff are excited to be training and are anxiously awaiting the green light for matches to start. They just hope it can be done safely and with the fewest roadblocks possible.

The team opened up its facilities on Monday, and training kicked off immediately — albeit with restrictions. Anyone entering the training complex is required to wear a mask indoors. When they practice, players must be spaced out to avoid contact with one another.

“It feels good to be back on the pitch after two-and-a-half months without training with some of these guys,” forward Shak Adams said.

Several of FC Tucson’s players remained in Tucson with training on hold, and they were able to find ways to train on their own. The first team practice this week served as a helpful reminder just how grueling the game is, especially after months without full-speed workouts.

“Definitely the first day you can feel you’re off the speed of play, your legs are working a little bit slower, touch sometimes is not where you want it to be,” Adams said Friday, before adding, “a lot of the guys came back as sharp as they could be, so I think we’ve been looking pretty good these last few days.”

FC Tucson players stayed close during the downtime. Many live in the same apartment complex, and the time off gave them a chance to learn more about each other. Take 24-year-old midfielder Charlie Dennis: the Brighton, England, native spent last season with South Georgia Tormenta FC, another USL League One program.

In February, Dennis and his girlfriend drove from their Florida home to Tucson.

Though he’s a newcomer to the team, Dennis is a veteran in the professional sense, having played on multiple pro clubs since he was 18. For other players, the Old Pueblo is the first or second stop in their pro careers.

“I have to take a leadership role here and help some of the younger boys that just got out of college get into the pro lifestyle and make sure they take advantage of every possible opportunity,” Dennis said.

Before fans can see Adams or Dennis in action, FC Tucson must demonstrate that it is able to work within the framework of USL League One’s guidelines.

If this can be accomplished, a July 18 start date seems feasible. Tucson will have its first sports team — pro or collegiate — back in action.

FC Tucson cheers on local students as they graduate in unique setting: the airport

Cheered on feverishly by FC Tucson players and staff, 39 students from the Chicanos Por La Causa Community High Schools held their graduation ceremony Friday evening at Tucson International Airport. It's the first of what team officials hope will be a long relationship between FC Tucson and the school.

FC Tucson announced on Thursday that one of the club's staff members tested for COVID-19.

Arizona has less than three weeks before NHL postseason series against Nashville begins.

FC Tucson players returned to practice on Monday after 2ƒ months away from the pitch.