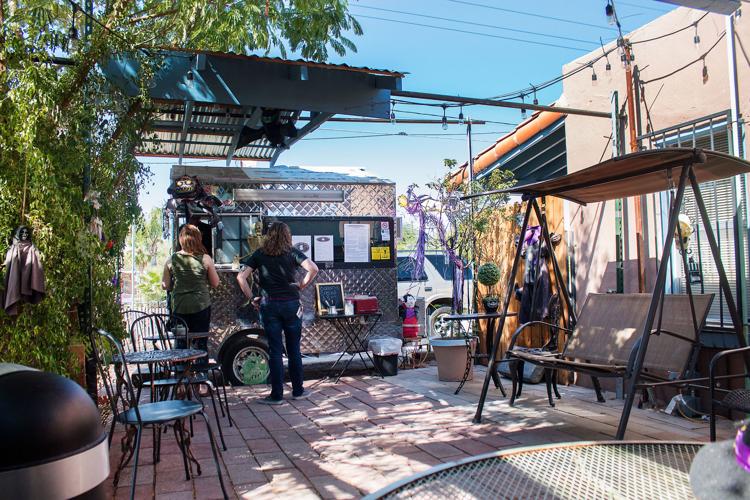 Barista del Barrio is set up on the patio of an office building, shaded by a tall leafy tree. 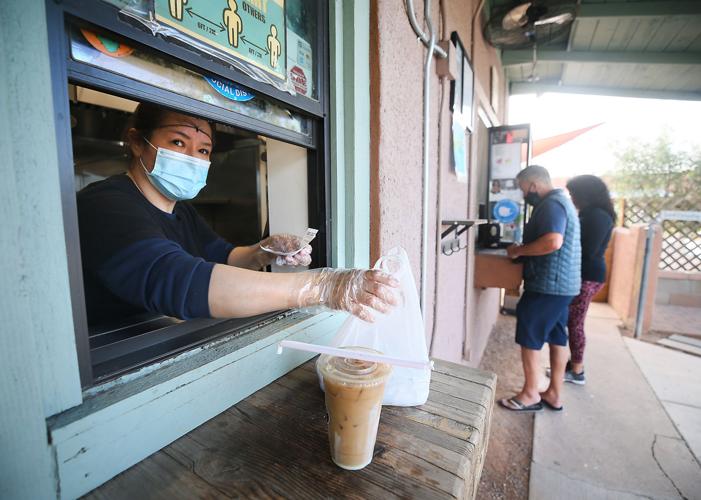 Aggie Amador calls out a customer’s name at Barista del Barrio. The shop offers specialty drinks, such as its Barrio Hochesso, a sweet beverage that blends horchata and espresso. 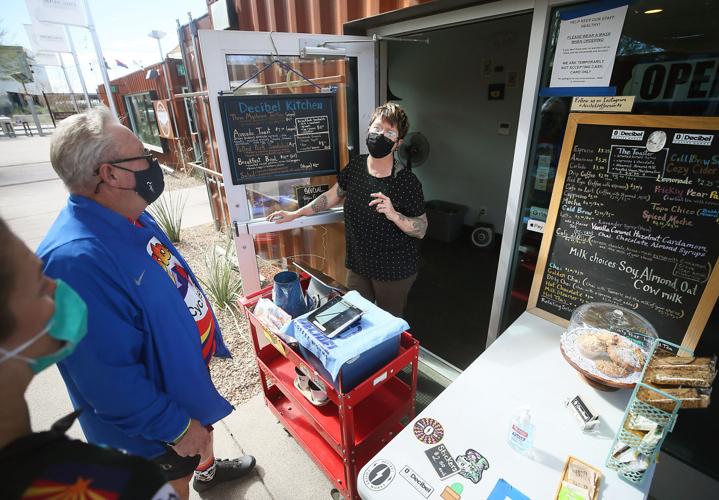 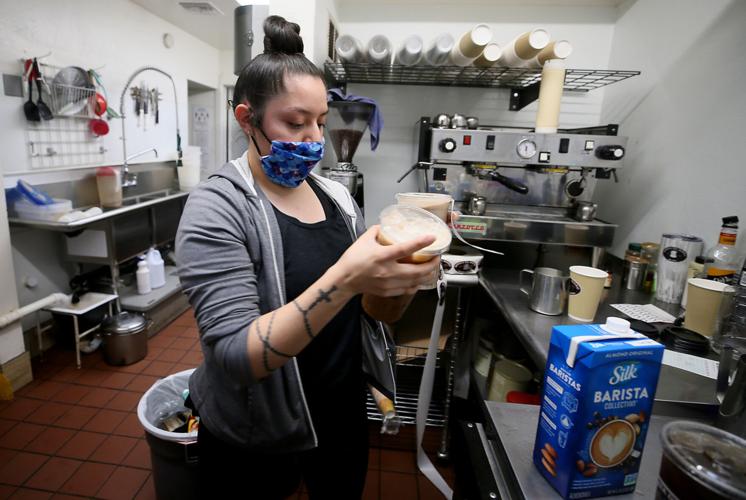 Barista Jennifer Merino checks the drinks she just made at Barista del Barrio. When Flavia Briones started the business four years ago, she set out to offer coffee and burritos. 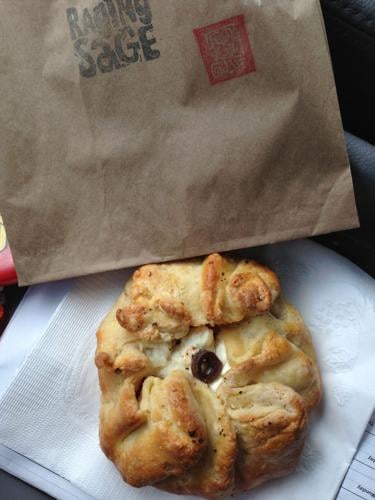 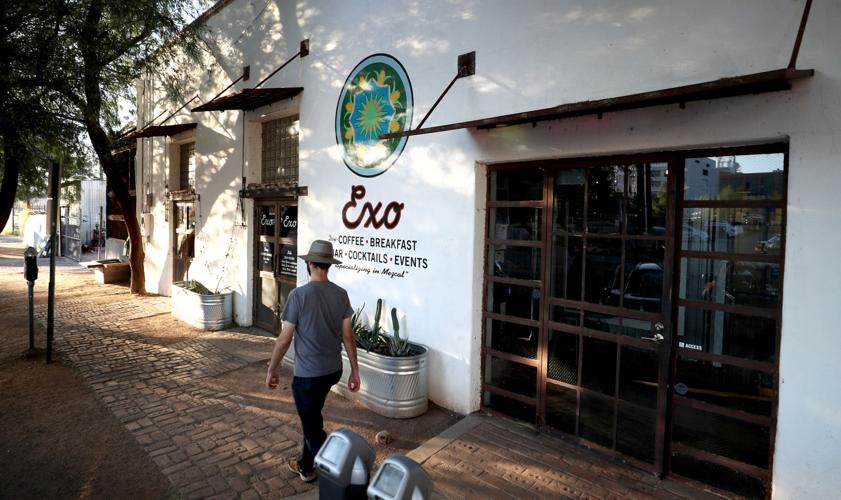 Exo Roast Co., a staple of the local coffee scene since 2012, is known for its Mexican coffees, especially from Oaxaca, Colima and Chiapas.

Tucson's local coffee shops are numerous, high-quality and have their own cult followings.

Here are five of the best to try on your next caffeine-based excursion.

Decibel Coffee Works at the MSA Annex started as Hermosa Coffee Roasters but changed its name to Decibel several years ago after parting ways with some of its investors, says manager Elysia Hansel.

Pre-pandemic, Decibel was sending its coffee all over town, from Cup Café to churches and resorts in the area. Hansel said they held on to many of their accounts during the pandemic, with the understanding that a number of them “are just sometimes closed or at lower capacity.”

Hansel said the secret to Decibel’s success on the roasting end is that their selection is so varied.

“We have two dark roasts and maybe three light roasts and a whole bunch in the middle range to introduce people to what coffee can be,” she said. “It lets those new to specialty coffee really get into it. They can try things out.”

Decibel recently added a kitchen that serves breakfast bowls, sandwiches, toast, yogurt and a pulled pork sandwich with barbecue sauce that is infused with espresso.

It’s not unusual to find a long line of customers on weekends at bustling west-side coffee stop Barista del Barrio, thanks in part to specialty drinks, such as its Barrio Hochesso, a sweet beverage that blends horchata and espresso, and its cold brew with half and half, and lechera.

When Flavia Briones started the business four years ago with her son Sergio Torres and daughter Ariana Torres, she was looking to offer two staples: coffee and burritos.

“I felt like this combination was missing,” Briones said. “It is hard for me to find a breakfast burrito I like. I just wanted to serve them like I made them at home.”

Raised on the west side, Briones and her family started the business selling from a cart in front of a rental home owned by her father.

Today, Barista del Barrio serves out of the home itself, with patio space for the throngs of fans who show up to try its food and drink.

“We have people coming from the east side, the north side, Sahuarita,” Briones said. “We have been blessed.”

And when she gets that coffee craving at Tap’s original downtown location, she heads next door to Exo Roast Co. to order, among other favorites, an iced chiltepin toddy.

Safford accuses Exo of turning her into “a complete coffee fanatic.”

“They taught me how to do a pour-over coffee, and I am hooked,” Safford said. “I have the whole setup at home and always pick up bags of beans from Exo.”

A brick-and-mortar staple of the local coffee scene since 2012, and a wholesale roaster for several years before that, Exo has been a survivor, coming up against the pandemic and nearby road construction that has hampered traffic in recent months.

Pre-pandemic, Exo had long been a community hub. It had a music venue in the back and a bar that specialized in mezcal and agave spirits. Exo has adopted a grab-and-go window model since the pandemic started, said operator Amy Smith, whose husband Doug Smith co-founded the business.

“One of the struggles is that we are so community-focused,” she said. “We held all kinds of events when we were open, conservation lectures, kid-friendly activities. To have to deliver that through a window has been the biggest challenge.”

Its most popular sellers continue to be coffees sourced from different areas of Mexico, including the states of Oaxaca, Colima and Chiapas.

Opened by Roger and Julie Sliker in 1998, Raging Sage offers a wide range of coffees, grown in an environmentally responsible way, according to its website.

In addition to the food (get a fresh scone) and drink Raging Sage’s hardwood floors, adobe aesthetic, and “calm off Campbell Avenue” patio seating under orange trees lends a beautiful ambiance.

The friendly staff at Coffee Times Drive-Thu on Speedway has kept customers coming back for 22 years, said Michael C. Cripps, who owns Coffee Times with his brother Jeremy Cripps and uncle, David Mannell.

Another one of Michael’s uncles, Tom Mannell, opened Coffee Times in 1999 after running the downtown coffee shop Café Quebec for years.

“Having a sit-down cafe is great, a nice environment,” Michael Cripps said. “But my uncle did his research, and being able to serve from car to car was more profitable.”

The business has done well over the years. So well, that the family has made it a point to give back to the community.

“Tucson has done really well for us,” Michael Cripps said. “We want to do well for the city.”

So many new restaurant options in Tucson, AZ. El Charro has partnered with Barrio Bread for brunch restaurant Barrio Charro. There's Toast 101 from a singer on "The Voice," and a downtown spot called La Chingada.

Put the kettle on with hot tea from these Tucson places

Things to do this Feb. 24-28 in Tucson, Arizona including virtual events, drive-ins, drive-thrus, open-air events, at-home things to do and things to do with kids.

Thankful for spring in Tucson: How to identify Southern Arizona birds and wildflowers

Global coronavirus pandemic or not, it is spring in Tucson, Arizona — the birds are still singing, and the wildflowers are still blooming. Here' are some common local spring wildflowers and birds to identify.