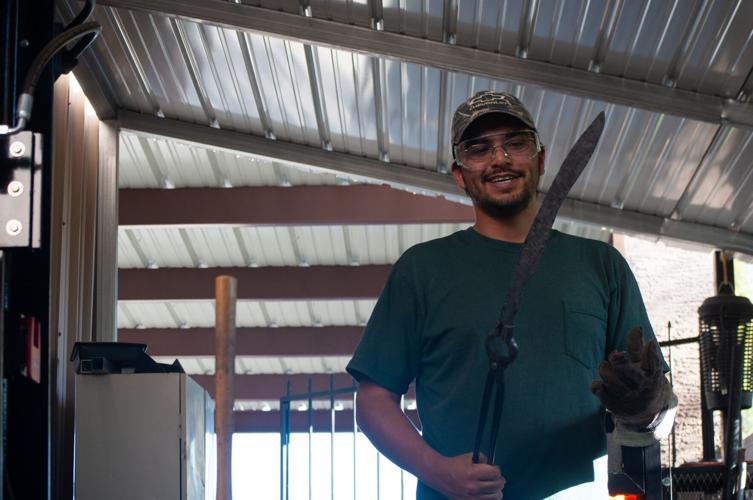 Chuy Talavera, a University of Arizona senior, was on "Forged in Fire." 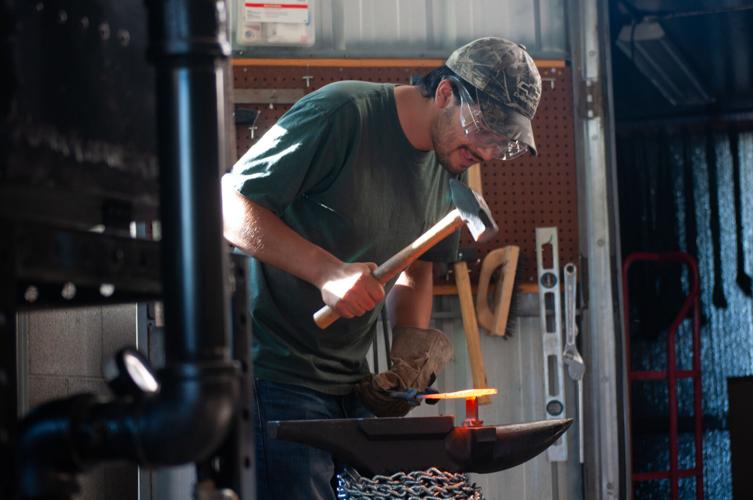 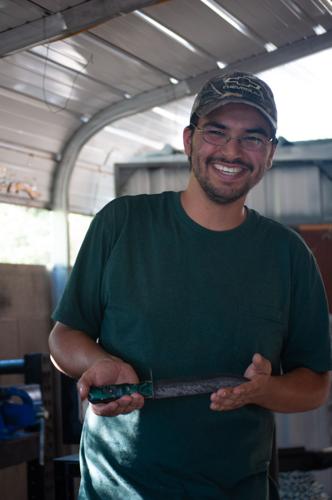 After "Forged in Fire," Chuy Talavera said his skills grew and he learned that he's good under pressure. 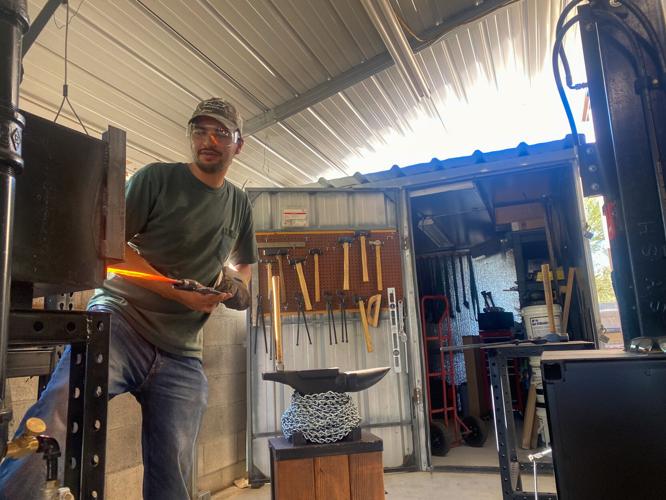 Chuy Talavera is a mechanical engineering senior at the UA and also studies physics, mathematics and aerospace engineering for his minors. 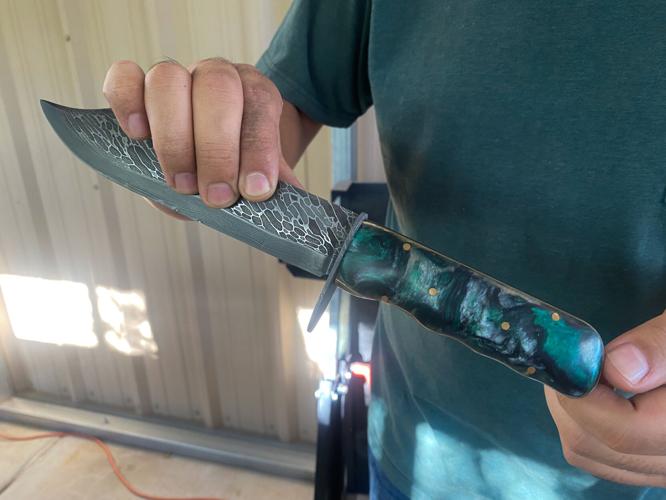 Chuy Talavera, from Sahuarita, was on an episode of "Forged in Fire." He learned the craft through YouTube.

Understandable, given they can kill people.

Talavera, 23, is a mechanical engineering senior at the UA who creates from scratch swords, knives and other weapons in the tradition of medieval blacksmiths. His skills have even landed him on television — an episode of the History Channel’s “Forged in Fire.”

He said medieval weaponry had always captured his attention, but it became his passion after his sister took a trip to England. When he saw her snapshots of real swords, he thought to himself, “If they made it, why can’t I?”

Talavera, who graduated from Walden Grove High School and lives with his family in Sahuarita, built his own forge when he was 17, and learned the craft through YouTube videos.

He had been watching “Forged in Fire” for several years before applying to the show. In April 2019, producers flew him out to New York City to film episode 28 for season 7, which aired in 2020.

The show pits four contestants against each other to make the best blade in various challenges.

He described the way the show worked as similar to the show “Chopped” from the Food Network.

“Instead of making food, you are making knives from scratch,” Talavera said.

For his challenge, he was tasked with making a samurai sword in three hours out of fish hooks and ball bearings.

“The thought of over a million people watching me in a timed challenge was so nerve-racking,” Talavera said. He also said that it was a phenomenal experience, even if he placed third out of the four contestants.

After his time on “Forged in Fire,” Talavera said he grew in his abilities and learned that he is good under pressure.

“A lot of what I do is simply because I want to,” Talavera said.

Over the years, Talavera estimates that he has made several hundred blades — if you count the ones that weren’t completed. He said the number of completed projects that he has either kept, gifted or sold is around 40 to 60.

Samurai swords and a replica of Shan Yu’s sword from the movie “Mulan” are a few of his finished projects that he’s kept for his personal collection.

Some of his other handiwork winds up in the hands of friends or family. Occasionally, he will make chef knives for his friends studying culinary arts or take on other commissions.

In a similar vein as “Forged in Fire,” Talavera said sometimes he uses steel from odd or unexpected sources. He once acquired his neighbor’s very old wagon wheel, in return for some yard work, and used part of it to make a knife.

Talavera has thought in the past about starting a club at the UA for other people interested in learning how to use a forge, but the no-knife policy on campus made a club unrealistic, so he was turned down.

At the UA he also studies physics, mathematics and aerospace engineering for his minors, and he plans to continue making and selling equipment for forges on his website or potentially trying to find work at NASA’s Jet Propulsion Laboratory when he graduates.

“With forging, the limit is your imagination,” he said. “If you can picture it, you can make it. It’s just so much fun and that’s why I love it.”

‘Rainbows and smiley faces’: This UA student is working on her third clothing collection

University of Arizona student Julia Gray started clothing brand The Be Good Collection, "young and trendy with happy vibes," in 2020.

Bringing astronomy to Tucson streets: How this 19-year-old is sharing his love for space

Zane Landers, who has constructed 15 telescopes, has shared his love of astronomy with more than 4,000 people this year, through his effort dubbed Arizona Sidewalk Astronomers.

Capoeira Mandinga Tucson opened its doors in 2006, when Mestra Luar decided to dedicate herself completely to teaching capoeira.