A month after a decommissioned Titan II missile silo northwest of Tucson sold for more than the asking price, two more of the Cold War castoffs have hit the local real estate market.

Listing agent Grant Hampton said these latest underground bunkers are in even better condition than the one he helped sell near Oracle Junction in December for $420,000 in cash.

One of the silos is on Arizona 77 near Saddlebrooke Ranch, about 30 miles north of Tucson, and comes with about 12 acres of vacant land.

The other, just off Interstate 10 about eight miles east of Benson, includes 14 acres, a quarter-mile access road and views of the surrounding mountains and the distant San Pedro River. “It’s a beautiful property. It’s beautiful desert,” said Edward Schlinger, the silo’s current owner.

Each site is priced at $495,000. Hampton said he has already talked to someone who is interested in buying both, but the sellers are still scheduling showings and accepting offers.

A total of 18 missile silos were built around Tucson at the height of America’s nuclear standoff with the Soviet Union. From the early 1960s until the early 1980s, the sites were manned 24 hours a day by four-person crews who were ready to launch at a moment’s notice from reinforced control rooms built to survive an atomic blast.

When the aging Titan II missiles were decommissioned in 1984, the government caved in the silos with explosives, backfilled the access shafts for the bunkers and put the properties up for sale.

Most of the sites are now in private hands.

Rancher Grant Wilson owns the silo on Arizona 77. He said his father bought it from the government in the mid-1980s because he wanted to expand the family’s Falcon Valley Ranch, which has operated in the desert north of Tucson since 1941.

As it turned out, the land was never much good for grazing, so Wilson has mostly been using it as a playground and test track for the trucks he sometimes drives on the professional off-road racing circuit.

He said he goes down into the bunker once a month or so, just to check on things. He has security cameras in place — and plenty of warning signs posted around the property — but he still gets few dozen trespassers a year.

“I’m not selling it to get rich. I just want to ensure the ranch runs through the end of my life. I’ve got too many people counting on me,” Wilson said. “If I get rid of this, I can buy more cows.”

Schlinger is a retired nuclear technician from the Palo Verde Generating Station west of Phoenix whose fascination with missiles began when he was a kid growing up on Air Force bases around the world.

He said he first started shopping for a silo in 1998 and finally bought the place east of Benson in 2006 from a real estate speculator who never bothered to dig down into the bunker.

Schlinger’s site is unique because it has been opened only twice in the past 35 years — once in 2015 and again in 2016 for prospective investors who never came through. After each tour, the bunker was buried again to keep people out of it, Schlinger said.

As a result, the interior still looks much like it did when it was decommissioned.

During his first trip inside, Schlinger said, he found a March 29, 1984, edition of the Arizona Daily Star and a bunch of Air Force documents, including a memo to visiting missile crews about things to watch out for at the site.

On a bulkhead near one of the 6,000-pound blast doors, 40 feet underground, a member of the demolition crew had painted the words “Tore up in 1984.”

A black rotary phone still hung on one wall, though “it didn’t work,” Schlinger joked.

He left most everything where he found it with the exception of a few old light fixtures he pulled out and restored. Some of the original bulbs still lit up, he said. “They’re in my garage. They light up my workbench now.”

Schlinger and his wife talked about opening a small RV park on the surface and a diner down in the bunker, with her as chef. Then she got sick, and their plans never got off the ground.

He decided to sell the place after she died a few months ago.

“I’m not getting any younger,” he said.

Hampton does not expect these new listings to linger.

He said he still gets calls from people who are interested in the last silo he helped sell, which made headlines around the world.

Since then, Hampton said, he has been contacted by the owners of a Titan II site in Arkansas and an old Atlas F missile silo in Kansas. He doesn’t have a real estate license in either of those states, so he may end up consulting on those sales.

“Apparently I’ve created a little niche for myself,” he said.

But Hampton doesn’t see much of a future for himself in relics from the past.

“Unfortunately there’s not enough inventory to make a career out of selling silos,” he said. “I’ll have to go back to selling boring old houses.”

Much the way pilots used to name their bombers in World War II, each of the 18 Titan II nuclear missile silos that once ringed Tucson had its own nickname and logo.

Other nicknames for silos in the area included "Apache Summit," "The Baboquivari," "Bear Hug," "The Copper Penny" and "Montezuma's Castle."

The Titan II missiles silos in Southern Arizona were in service from 1963 until 1984.

The infamous Titan II nuclear-tipped missiles ringing Tucson and pointed at the USSR for nearly 20 years beginning in the early 1960s. The har… 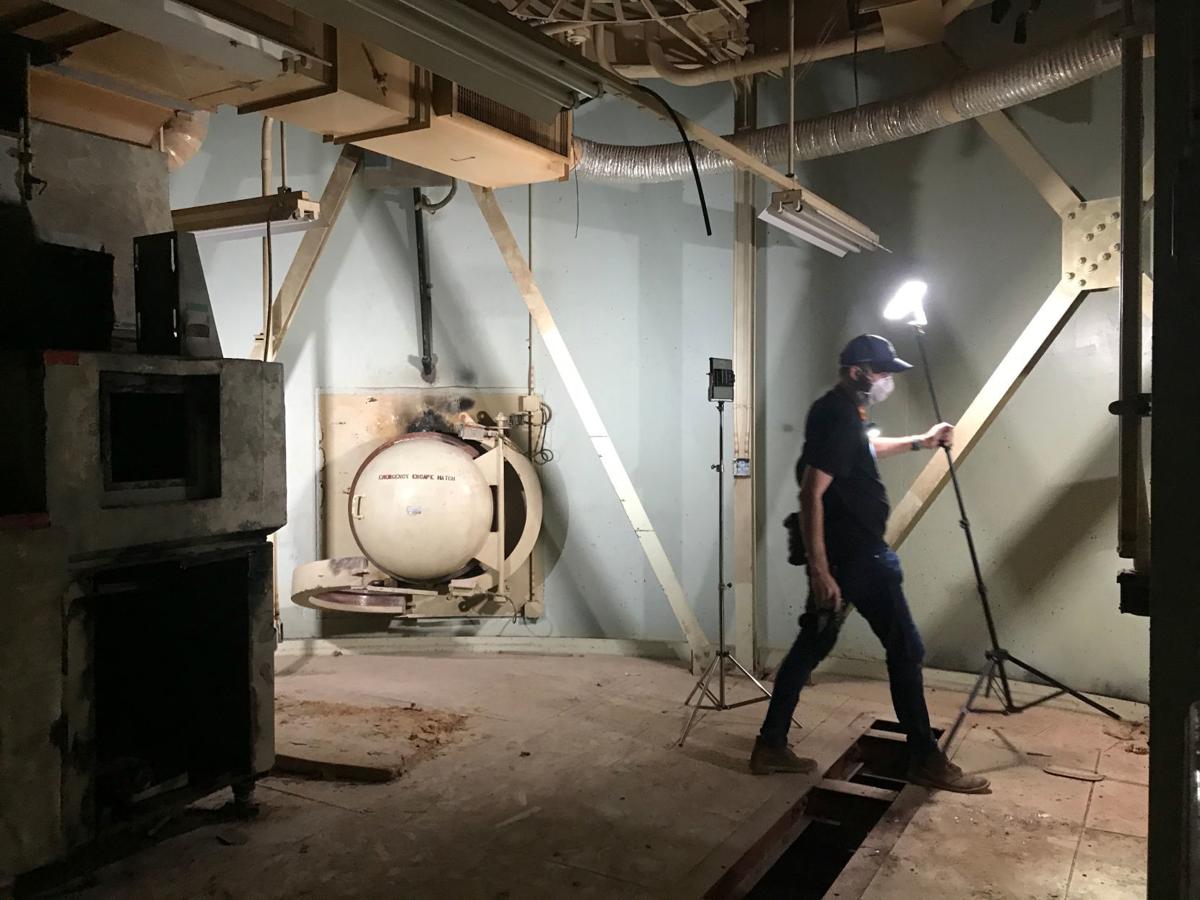 A decommissioned Titan II Missile complex near Oracle, with a welded-shut escape hatch, is one of two up for sale in Southern Arizona. 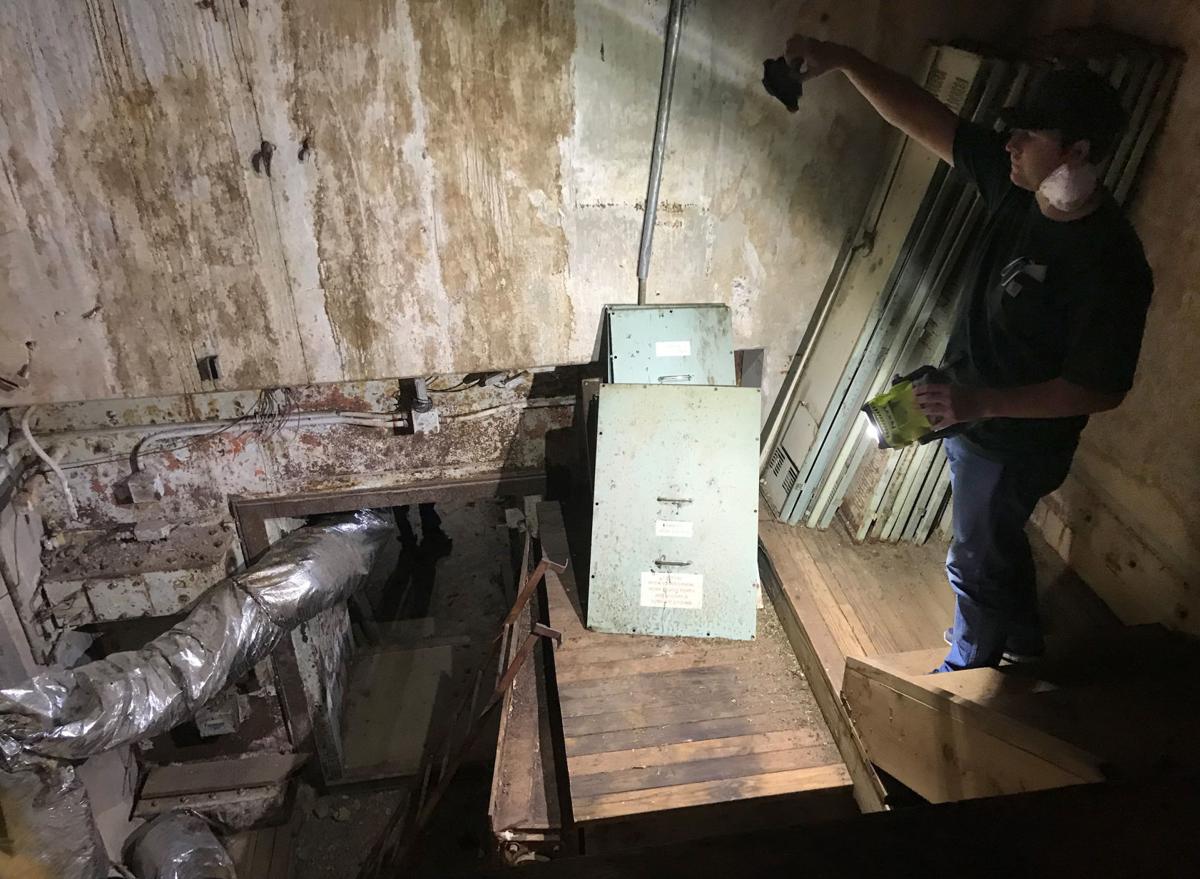 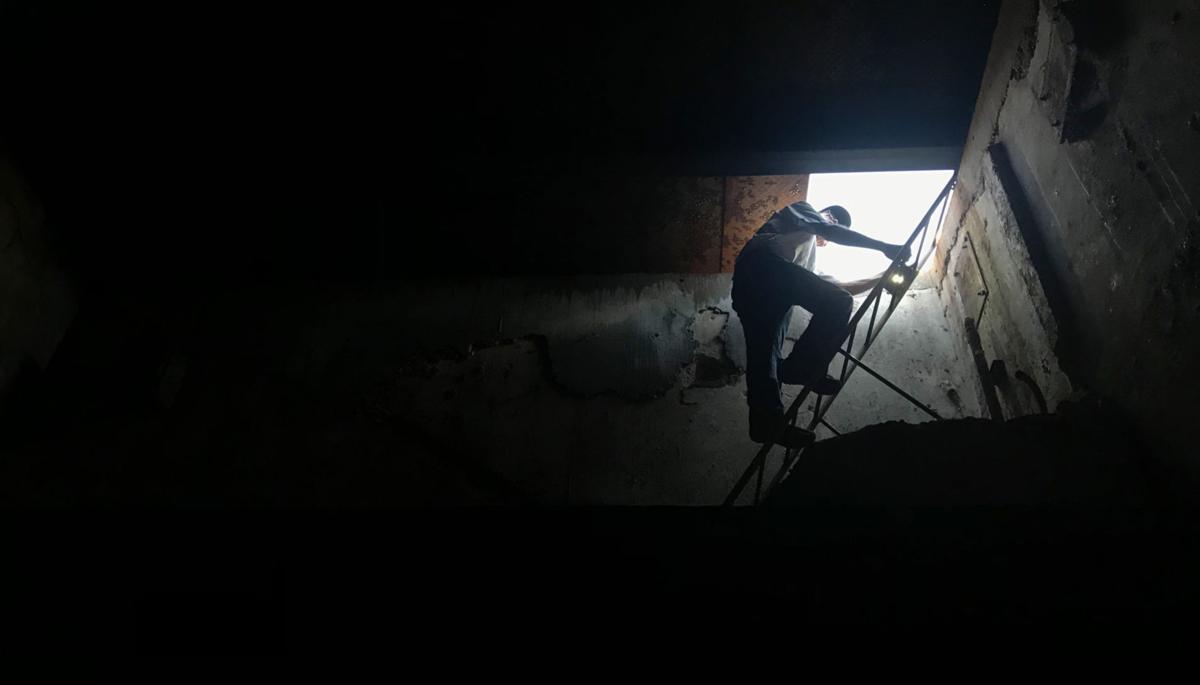