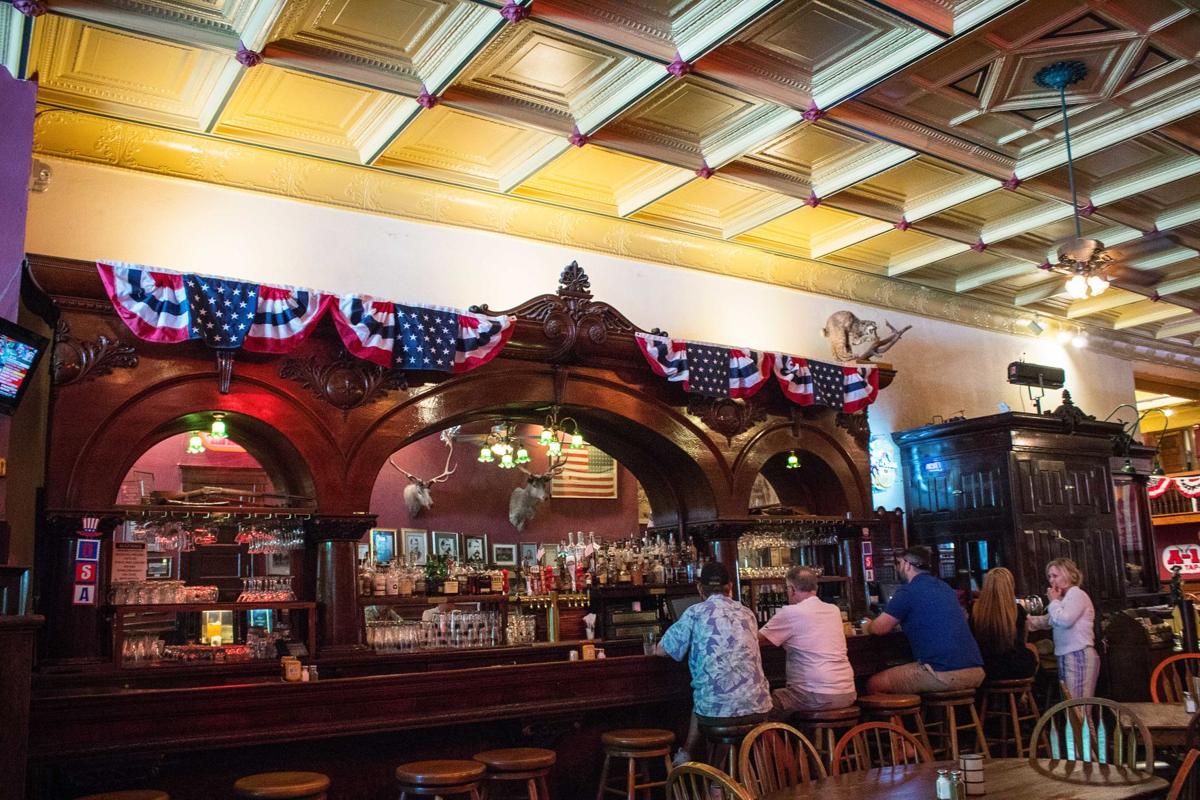 Prescott is the home of the oldest bar in Arizona, The Palace Restaurant and Saloon. It was established in 1877, which is 35 years before Arizona became an official state. 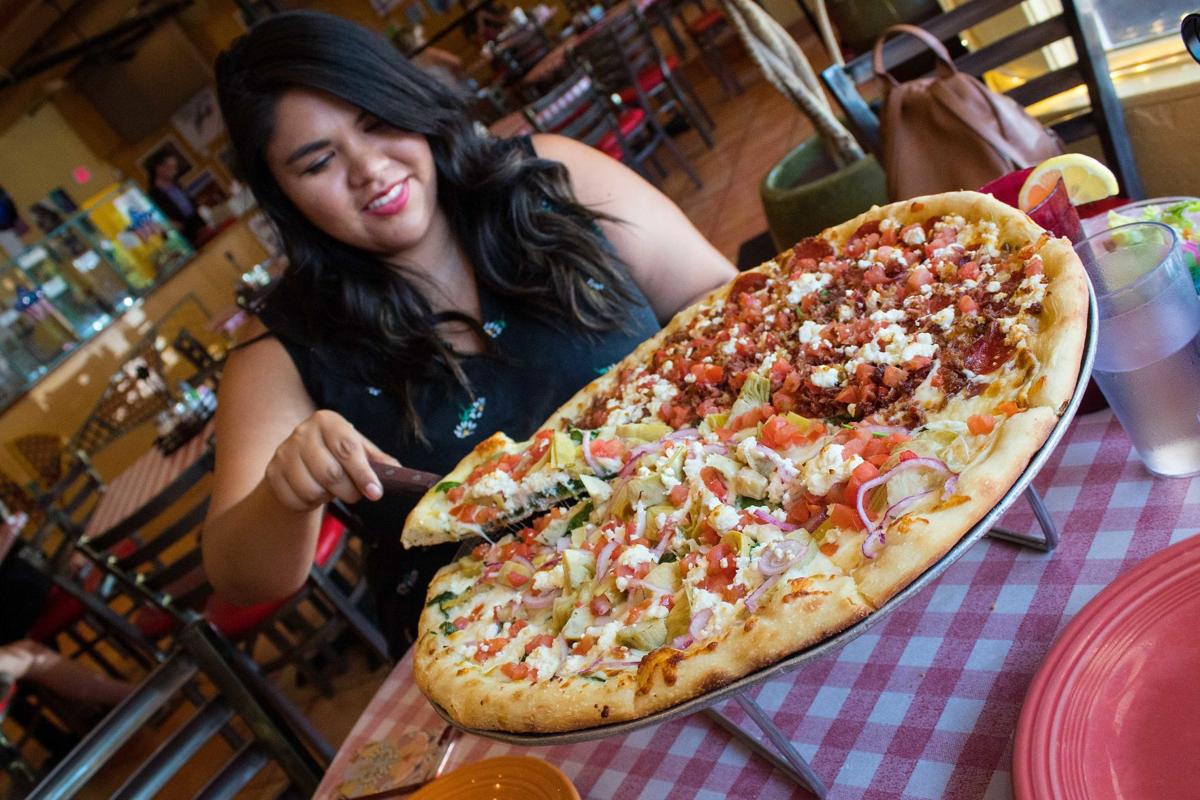 Samantha serves up some fresh slices at Bill's Pizza in Prescott. With tasty toppings and fun pizza names like the "Elton John" (seen left), and the "Kevin Bacon" (seen right), it's no wonder why this spot a favorite among locals and tourists. 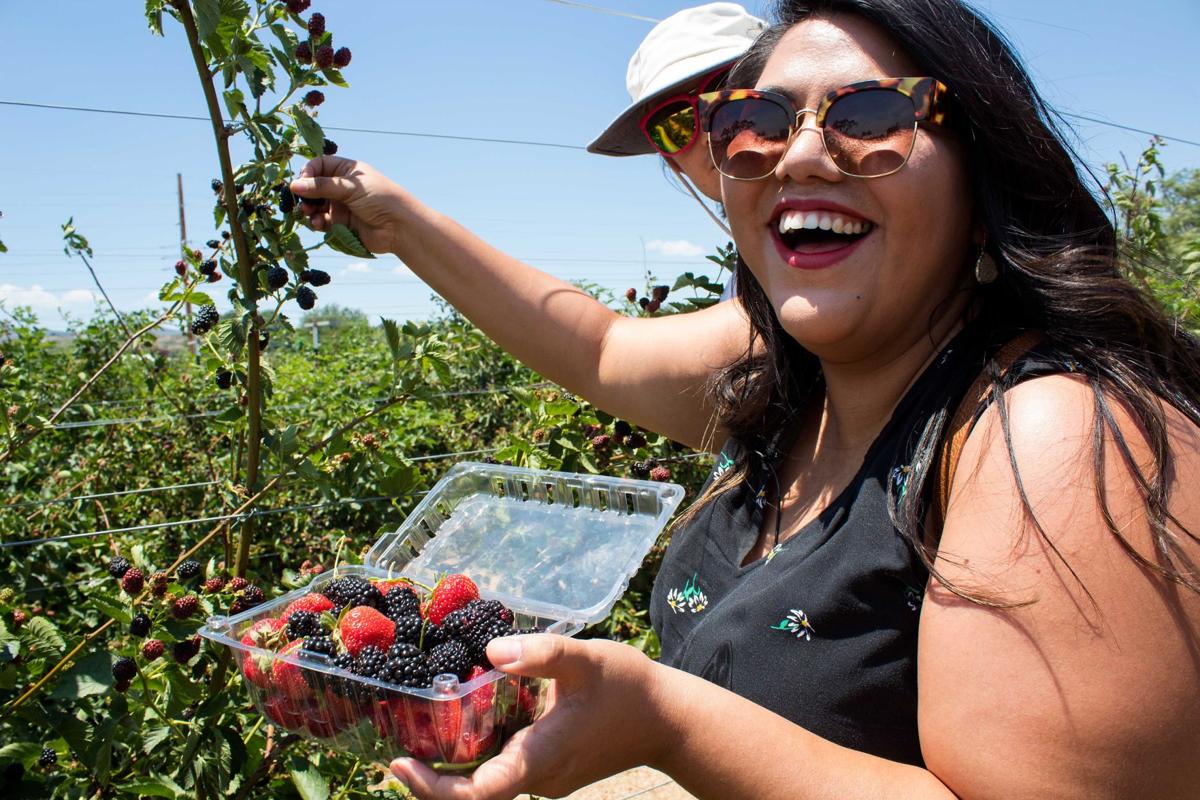 Samantha picks blackberries and strawberries at Mortimer Farms in Dewey, which is just a quick drive west of Prescott. 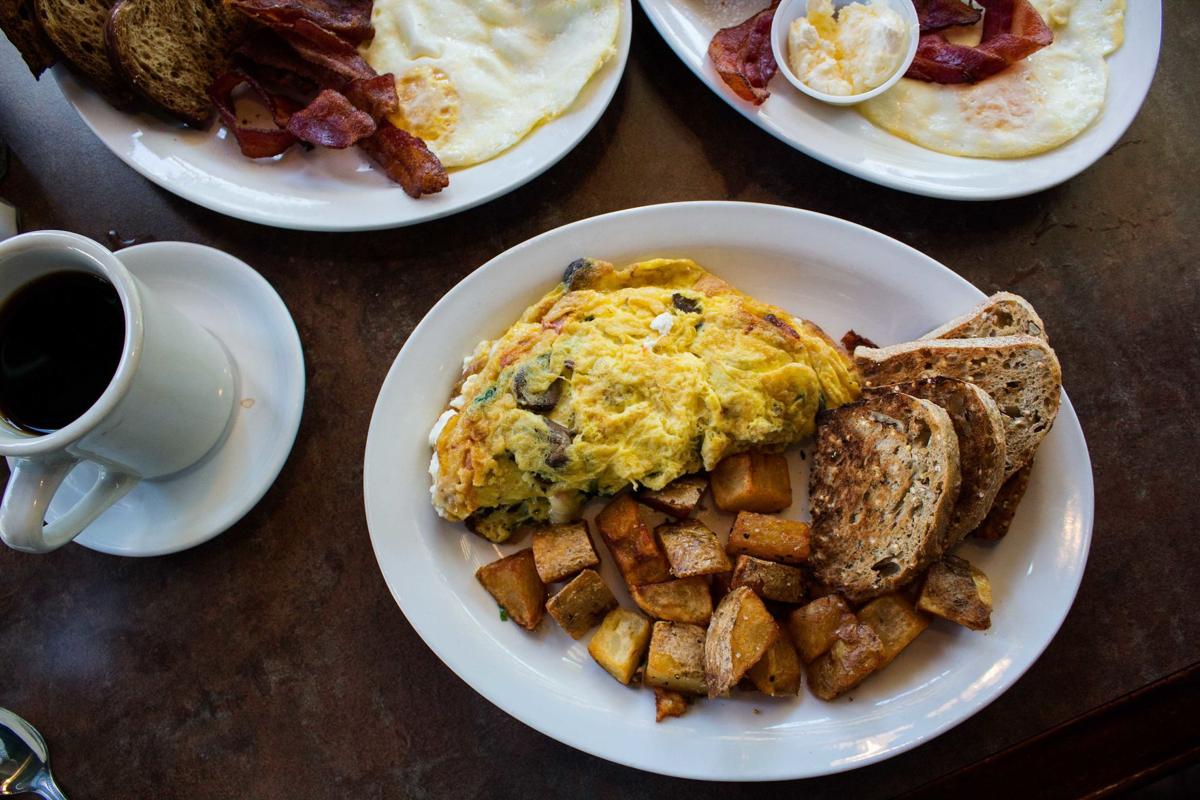 The spinach feta omelet, $10.50 at Bistro St. Michael. This restaurant is connected to one of the historic hotels in town, Hotel St. Michael. 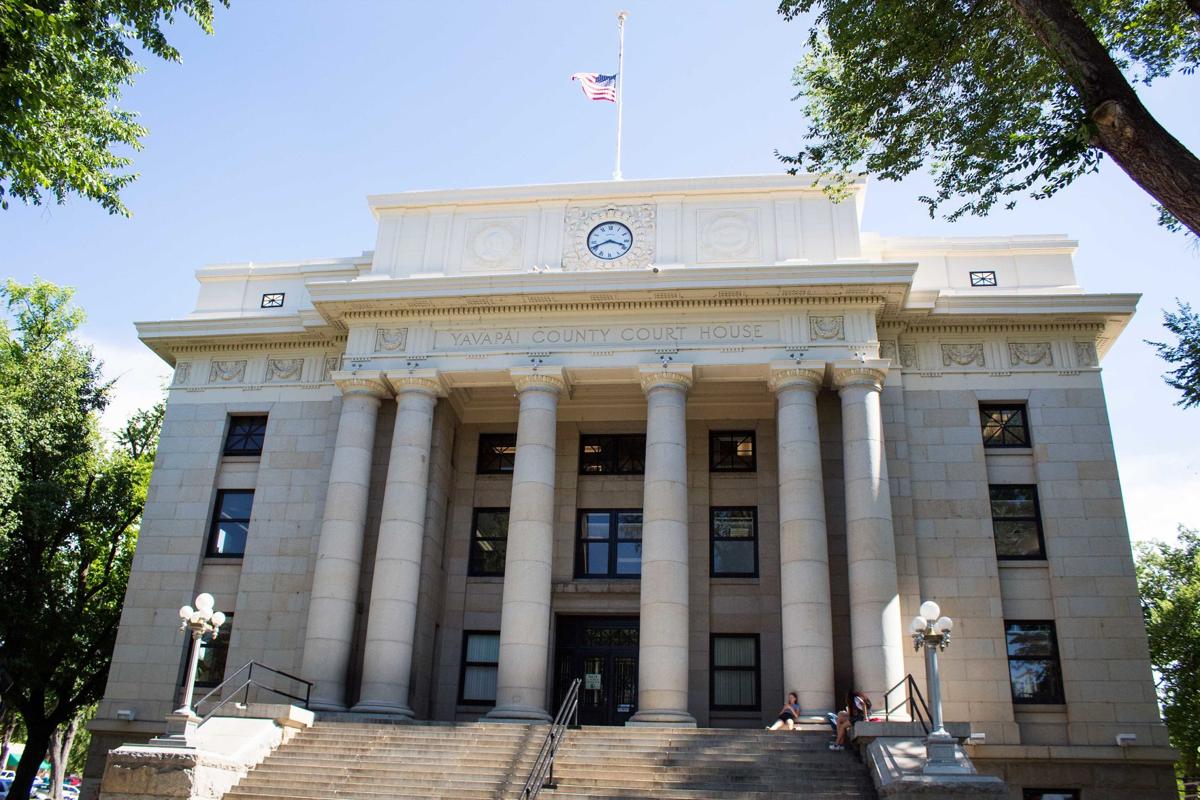 The Yavapai County Courthouse was built in 1916 and is located in the center of Prescott's historic downtown. Its surrounding grassy plaza serves as a park a community space. 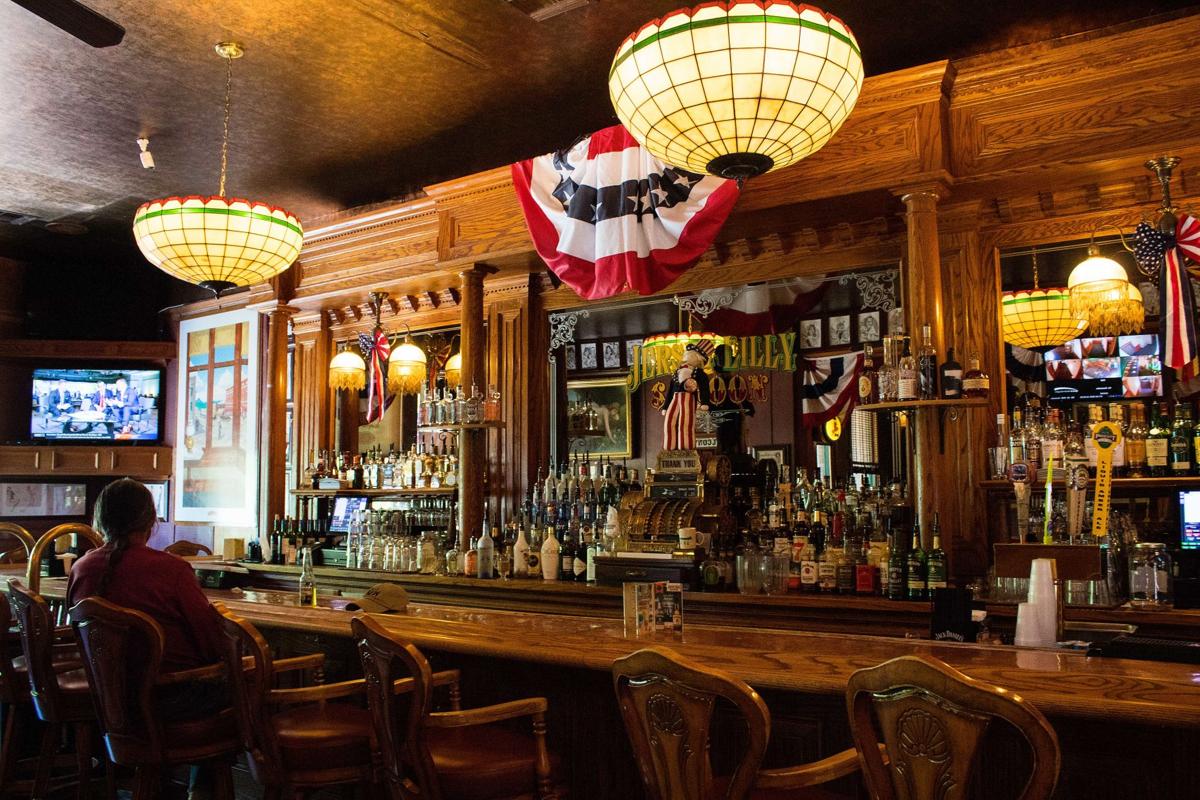 The Jersey Lilly Saloon is located just above The Palace Restaurant and Saloon on Whiskey Row. The bar is named after 19th century entertainer, Lillie Langtry. 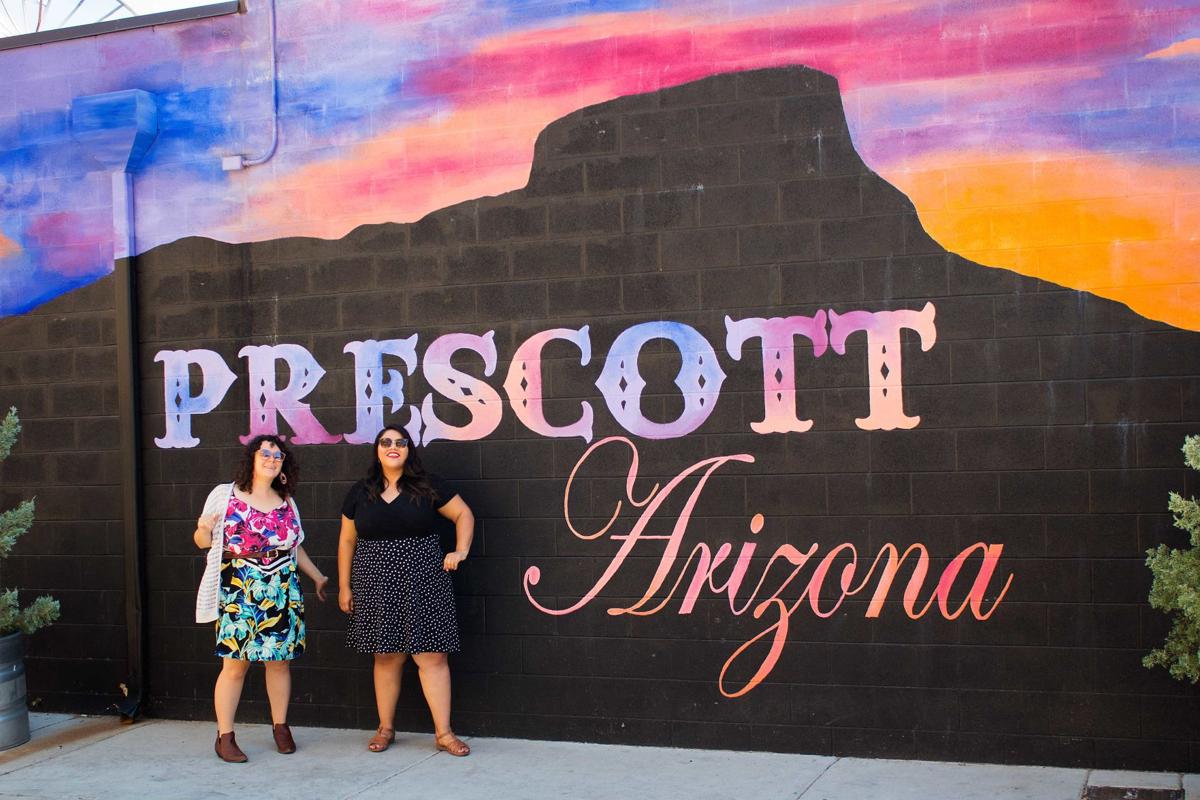 Andi and Samantha pose by a mural in downtown Prescott. 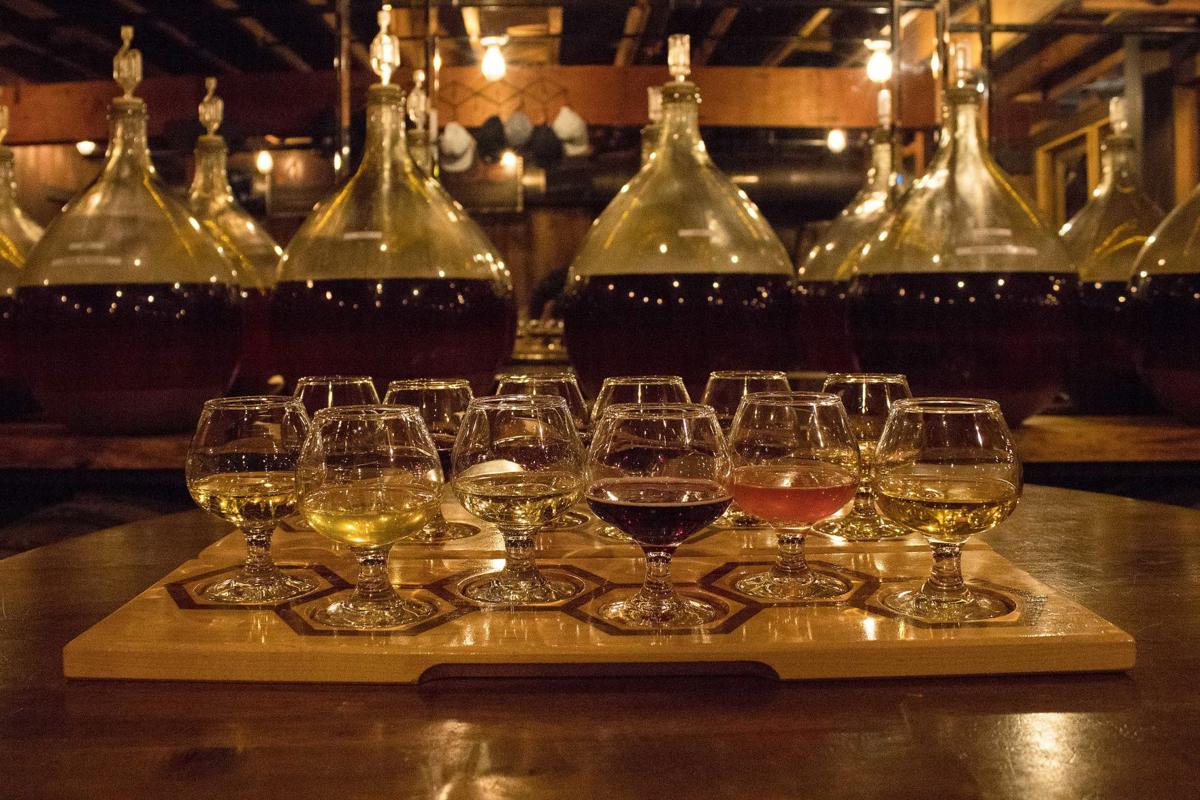 Superstition Meadery offers a variety of meads and ciders for guests to try in their Prescott tasting room. 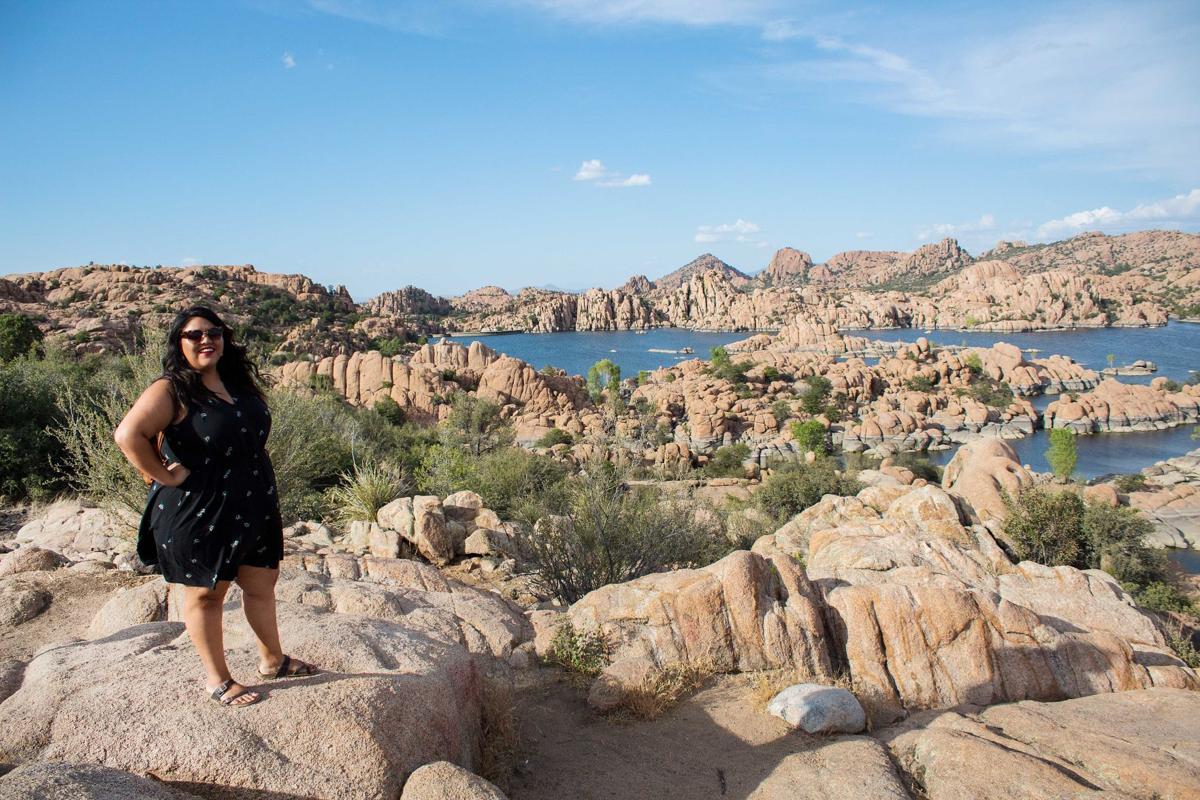 Samantha poses on top of a boulder at Watson Lake. This man-made lake is filled around unique rock formations known as the Granite Dells.

Half a century before Phoenix was the capital of Arizona, Prescott was the political epicenter and a Wild West town for rodeo cowboys and gangsters. This town served as the territorial capital of Arizona starting in 1864; and is still a special place for enthusiasts and history buffs.

Today, Arizonans use this historic town as a refuge from the summer heat. Its bushy pines, lazy lakes and yummy food make it a low-key destination for road trippers and families. Located in the Bradshaw Mountains of Central Arizona, its high elevation gives it summertime temperatures in the 70s and 80s.

After taking the four-hour journey from Tucson, we spent the day walking through the quaint downtown area full of historic buildings. The main plaza is anchored by a stately 100-year-old courthouse, which holds a memorial for the 19 firefighters who died in the Yarnell Hill Fire in 2013.

The surrounding streets are filled with boutique shops and plenty of restaurants to keep you busy. And in the evenings, you can hit up the historic Whiskey Row. The drinking district may remind you of Brewery Gulch in Bisbee, and it's home to the oldest bar in Arizona.

Here are some recommendations to help you build your perfect day in Prescott! Wow, try saying that five times fast ...

We recommend spending the night here, at the historic Hotel St. Michael. At under $100 a night it's actually more affordable than the hotels and kitschy lodges in the area, and you get to ride a vintage elevator! The bistro downstairs dates back to 1901, and it'll give you some serious Cup Cafe vibes.

Perched at the beginning of Whiskey Row, Bistro St. Michael is at the center of everything. Take a table by the window and eat your pancakes looking out onto the Courthouse Plaza. That's what we did, and we got in some good people watching too. Also the spinach and feta omelet was delicious!

Enjoy some time at Watson Lake

With staggering rock formations encasing bright blue waters, Watson Lake is just as beautiful as it is otherworldly.

This amazing site on the outskirts of town is a man-made lake that was developed after the completion of the Granite Creek Dam in 1915. According to a Prescott historical blog, the original intention of the lake was to help water local farmland.

Today, Watson Lake is one of the prime recreation spots in Prescott where people can fish, boat and camp. Just remember to leave the bathing suit and trunks at home: Swimming is prohibited.

There are also hiking trails that weave around the surrounding geological rock formations known as the Granite Dells. While we were there we saw a rock climber attempting to scale one of the giant boulders — talk about living life on the edge! Find out more things to do at the lake here.

Other recreation to check out:

You can spend a day in the nearby Verde Valley drinking through one of Arizona's biggest wine regions. But if you wanna stay close, the town of Prescott actually has some funky drinking options. The most well-known is Superstition Meadery, which is actually recognized around the world for its outstanding honey wines.

We enjoyed a sampler with a dozen mead varieties at their downtown tasting room, located in the basement of the Old Capital Market. Most of the selections were mixed with different fruits, like the Juicius Caesar with grapefruit zest and the Blackberry Hex made with tart blackberries and local wildflower honey.

They also have a small food menu, because you're gonna want some bread or cheese to counter the sweetness of the meads. We shared an order of pesto flatbread, which was smattered with sundried tomatoes and Feta cheese.

Other breweries in town:

Curiously over the last few years, Prescott has had an explosion of new pizza and Italian joints. Most locals swear by Rosa's Pizzeria and the newer Limoncello Pizzeria Napoletana. But we decided to lunch at Bill's Pizza, which was recently written up on TripAdvisor as the best pizzeria in Arizona.

You can see why this place is so popular. The high-ceilinged restaurant is decked out in colorful art, and the pies have fun names like the Kevin Bacon and the Elton John. The latter had garlic-infused olive oil with artichoke hearts, red onions and spinach tucked beneath the cheese.

Other restaurants to check out:

Grab a drink at Whiskey Row

Prescott's famous drinking district dates back to the early 1900s, when the town was redeveloped after a devastating fire. As many as 40 saloons popped up on this block to satisfy the gold miners, cowboys and outlaws who liked to party.

The most famous of these bars is The Palace Saloon, which predates the fire and has been open since 1877. That makes it the oldest bar in Arizona (sorry Buffet!). The Palace Saloon is said to have been visited by legends like Wyatt Earp and Doc Holliday in its day. And now, the bar retains a Wild West atmosphere with the servers dressed like cowboys and such.

Upstairs, Jersey Lilly's is more of a local's haunt with live music and an open patio that looks out onto the plaza. The bar is named after vaudeville actress and society woman Lillie Langtry, who was known in the 1800s for her charming personality and beauty.

Stop by Mortimer Farms on your way home

Before you head back home to the land of the hot, hot, hot!, take a quick detour to Mortimer Farms, located about a half-hour drive west of Prescott in Dewey.

This farm has been open to the public for the past decade  and offers a lot of fun activities  — including u-pick fields, a farm park, petting zoo and festivals celebrating foods in harvest. There's also a country store where you can stock up on produce, meats, baked foods, jarred goods and more.

During our visit, after swaying on a massive tire swing and jumping on an inflatable pillow, we took a quick walk to the strawberry and blackberry fields where we picked these fruity gems to take with us on our next adventure. Because if you're not munching on a fresh strawberry while watching the world go by from the car window, did you really road trip?

Other farms and markets:

Have any plans for the long weekend? From quick trips to places where you can really get awa…

Madi Butler is traveling to 22 cities in 50 days.