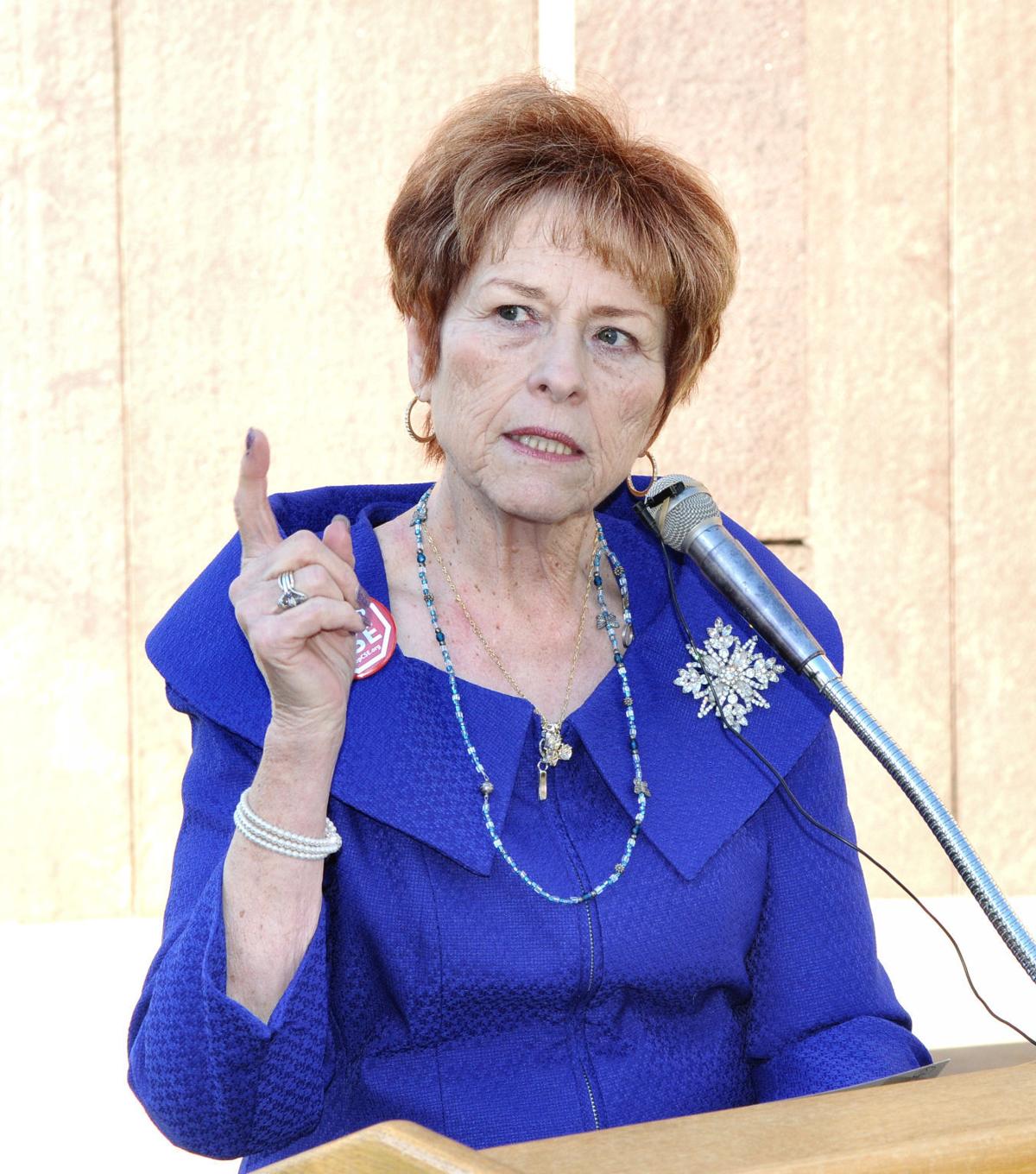 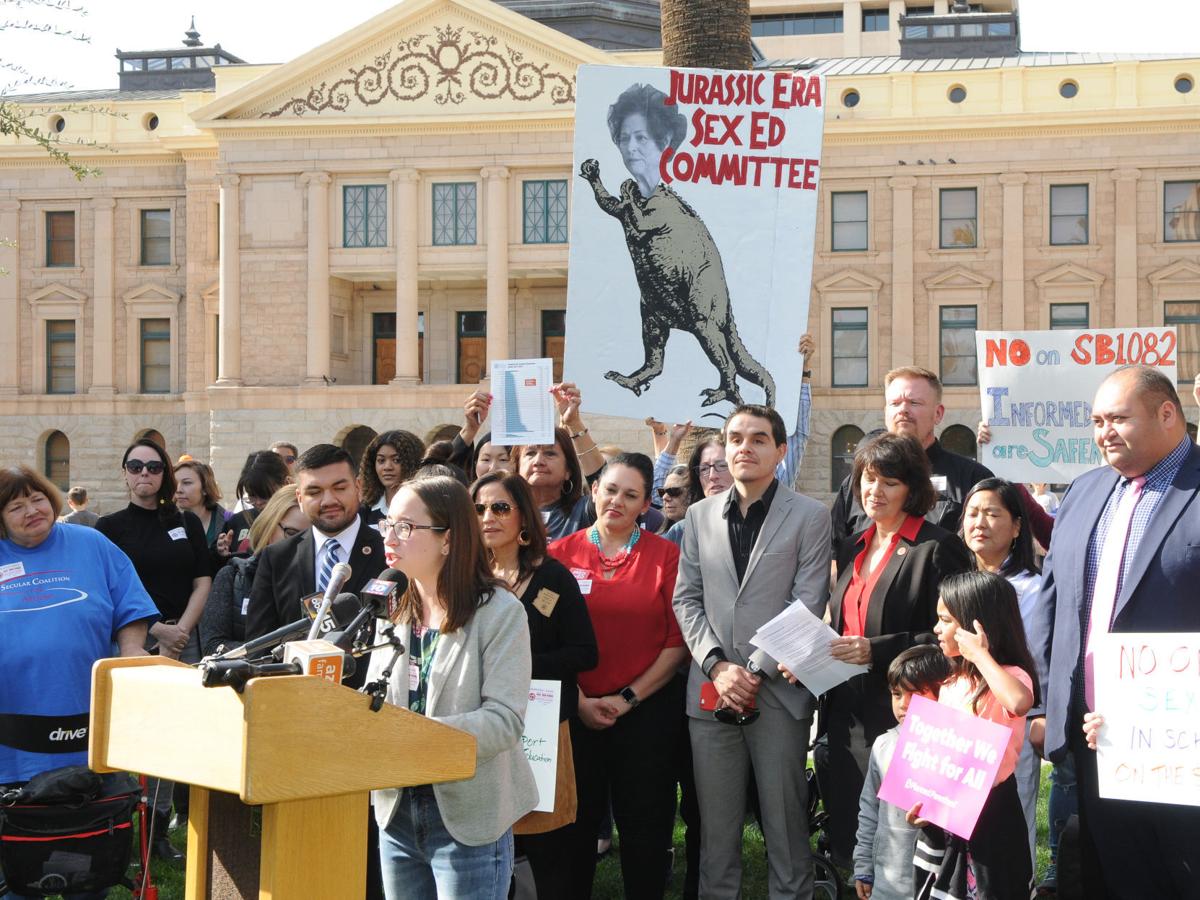 Foes of a bill to restrict the teaching of sex education in public schools attended a rally Monday at the Capitol. The bill to limit the grades in which sex ed could be taught was blocked by Senate President Karen Fann.

Fann said Tuesday the proposal introduced by Sen. Sylvia Allen, R-Snowflake, clearly needs work. The Prescott Republican noted that even Allen conceded that SB 1082 is not in the form she wants.

But Fann also said the sweeping proposal to both limit the grades where sex ed could be taught and provide more parental oversight is quite controversial. And that, said the Senate president, may make it inappropriate for discussion at this time.

Fann said she and other legislative leaders are hoping for a quick session.

Part of the pressure on lawmakers is that the primary election has been moved up three weeks, to Aug. 4. And if legislators are in session until May or June it leaves less time for them to campaign.

And Fann said it may be necessary to prevent lengthy debate on divisive issues, like this one.

The move drew an angry reaction from Allen who, at a rally with supporters, essentially accused Senate leaders of cowardice in choosing to avoid a controversial issues in an election year.

“Down here at this Capitol, fear drives everything?” she said.

“Is government formed to protect you in these inalienable rights?” Allen told a rally of supporters. “Or are we here just to say to you, ‘Oh, no, we can’t do this particular issue because it’s an election year’?”

Despite Fann’s decision, Allen on Tuesday allowed parents unhappy with the current sex education laws to testify at the Senate Education Committee that she chairs about why they are unhappy with sex ed programs in their schools. And she hopes to pressure Fann to allow her to resurrect the measure later this session.

But it wasn’t just supporters of SB 1082 at the Capitol.

Another group staged their own rally to not just oppose Allen’s measure but lend their support to SB 1120, sponsored by Sen. Victoria Steele, D-Tucson, which would move sex education programs in Arizona in the opposite direction. But that bill, too, likely is dead.

Teaching sex ed is optional with school districts, allowing them to provide what is supposed to be age-appropriate instruction for students in kindergarten through 12th grade. Only students whose parents have opted in can participate.

Allen’s measure would bar sex ed before the seventh grade. It also would tighten up requirements for school boards to review the proposed course and provide time for parents to see what materials would be used and set up a system for parental complaints.

And it also would spell out for the first time that instruction in AIDS and HIV could be taught only with parental permission, and only at upper grades.

“Do we want to have our small, innocent little children sexually active?” Allen asked supporters rallying for her bill at the Capitol.

She said her bill became “tainted” — and controversial — because of verbiage that some believed would have barred teachers from ever mentioning homosexuality. Allen said that was not the intent and even had prepared language to remove that section.

“I was acting, and so were all the parents that were working with me, were acting to protect parent’s rights and our children,” she said. “And we should have had the opportunity to debate the bill” on its merits and not on the perception of what it did.

By that point, though, it was too late.

“People are backing away (saying) ‘Oh, we can’t support something that the perception is anti-gay,’ ” Allen said. “And so there was no choice but to hold this bill.”

And the senator suggested that schools, in teaching sex ed — and other social and moral issues — were not being neutral.

“They should not be taking a perspective of the socialist, Marxist radical points of views out here, or not even the more radical views that might be on the Right,” she said. “They must be respectful of our parents and what children are learning and being directed from in their home.”

Fann, however, said her main concern was avoiding certain hot-button issues that she feared could take away needed attention from the necessary business of the Legislature.

“We’re going to try and keep this session as quickly as possible with the least amount of friction and create a bipartisan atmosphere so we can get through this session with civility,” she said. And what that means, Fann said, is delaying — for as long as necessary — “those issues that need a little more work.”

That also likely means Steele’s proposal also will meet the same fate and not get a hearing.

Her measure not only preserves sex ed in all grades but makes it an opt-out situation, with students enrolled in the classes unless parents specifically ask they be excused. Steele defended the change.

Prior efforts to allow for "nonbinary" designation on licenses has fallen through.

Officials say education department has no control over sex-ed materials schools use.

Arizonans to see nearly 300 new laws — here's what to expect

Some items are likely to affect the day-to-day lives of typical Arizonans.

The State Board of Education was sued of behalf of some Arizona students challenging what they said was an unconstitutional law that discriminates against gay students.

This holds true including when the issue involves the child's sexual identification, the justices said.

Central to the issue is whether student athletes should be entitled to earn money, particularly in an age when universities make millions of dollars off their sports programs — and off the work of players whose total compensation is a scholarship.

Arizonans thinking about grilling a burger or a steak for Super Bowl Sunday should be prepared to dig deeper into your wallet.

Arizona's law will allow 2020 GOP candidates to be listed first on the ballot in 11 of state's 15 counties.

Legislative Democrats trotted out their plans Tuesday to reduce prison population in hopes that there are now enough Republicans — including the governor — to get at least some of them enacted.

Current laws allow for probation when it involves small amounts of those drugs.

Republican Party says effort by DNC too little, too late.

Foes of a bill to restrict the teaching of sex education in public schools attended a rally Monday at the Capitol. The bill to limit the grades in which sex ed could be taught was blocked by Senate President Karen Fann.