Jerry Whittaker signed up his younger son, Jace, for flag football when he was 6 years old. Jace wasn’t having it.

“All I wanted to do was play tackle. That was the cool thing to do,” Whittaker said. “No way I was going to be seen with a flag on my hip while my brother’s playing tackle football. It wasn’t even a question.”

Jace’s older brother, J.J., already was playing tackle. Jace cried upon finding out he’d been signed up for flag. He refused to play, even though his father had paid the registration fee.

If that doesn’t tell you everything about Jace Whittaker’s love for the game, there’s this: Despite multiple setbacks along the way, he’s still striving to play football. The former Arizona cornerback is set to play in the East-West Shrine Bowl on Saturday in St. Petersburg, Florida. He is the only Wildcat participating in one of the three big NFL showcases.

Whittaker’s passion for the sport has crackled since his youth. He would watch games with his father and brother. He’d break down film with his dad. When it came time to commit to one sport at Oceanside (California) High School, Whittaker chose football over baseball. His father had played the latter professionally.

“Football was the love of my life, so that was a no-brainer,” Whittaker said. “There’s something about putting on pads, getting to hit someone, working with a whole team, 10 other guys out there. There’s no sport truly like it.”

Whittaker isn’t a sure thing to be drafted come April. Scouts will ding him for his size — he’s listed at 5 feet 10¼ inches and 189 pounds, with 29-inch arms. But Whittaker is quick, tough and determined. He has played the role of the scrappy underdog for much of his football life.

Jace is four years younger than J.J., a former UA commit who played cornerback at San Diego State and is now an officer in the Beverly Hills Police Department. That didn’t stop Jace from trying to play sports with J.J. and his friends.

“They would run all over him,” Jerry Whittaker recalled. “He never quit, until they kind of accepted him.”

“I was always that kid telling them, ‘Let me play,’” Jace Whittaker said. “They were always trying to toss me around, rough me up a little extra.”

Jace recalled an instance when he got pushed to the ground and suffered a cut on his arm. He wanted to go inside and get bandaged up. His dad urged him to get back out there and play. If he wanted to hang with the older, bigger kids, Jace couldn’t walk away when things got tough.

Jerry Whittaker was a standout baseball player in Long Beach, California. He played for Oklahoma and became a second-round draft pick of the Chicago White Sox. He played in their minor-league system for five years.

Jerry’s sons pursued football. J.J. was committed to Arizona at one point before changing his mind and attending San Diego State. He missed his first three seasons because of injuries before closing his career with 40 straight starts from 2013-15.

Jace committed to Arizona in June 2013 as a member of the class of ’14. But he suffered a serious knee injury as a senior in high school and was asked to delay his enrollment until January 2015.

“It was tough to begin with,” Whittaker, 24, said this week from St. Petersburg. “But that’s part of the game. You put your body into the sport of football, injuries happen. Life goes on. It’s not the end of the world.”

Although he didn’t end up playing Jerry’s sport — “It’s such a slow-paced game,” Jace said — the younger Whittaker brother learned about mental toughness from his dad. It’s a requirement for survival in baseball.

“Without my father,” Jace said, “I don’t think I’d be in the position I am today.”

Whittaker recovered from the knee injury and appeared in 11 games as a freshman in 2015. He became a starter about midway through the ’16 season and had a breakout campaign the following year, recording 13 pass breakups and three interceptions, including a pick-six.

Then came further setbacks. A training-camp hamstring injury cost Whittaker the first two games of the 2018 season. When he finally made his debut in Week 3 against Southern Utah, Whittaker suffered a season-ending elbow injury while making a tackle during the first defensive series.

Whittaker elected to return for a fifth season, and he played some of his best football early on. Whittaker recorded three interceptions and three pass breakups in the first three games.

But Arizona wasn’t getting sufficient production from its safeties and moved Whittaker to a position he never had played before. It was a logical decision: Whittaker was the smartest player on the defense, and playing in the middle of field at free safety would accentuate that asset.

Without the benefit of offseason training, Whittaker struggled at times. He finished with a career-high 55 tackles but had only three pass breakups and no picks over the final nine games.

Although he was playing a foreign position to help the team, Whittaker today views the experiment as a net positive.

“One thing that is super-important in the work world is experience,” he said. “Now I’m a guy who has that experience on my résumé.”

The main reason the coaches felt confident they could move Whittaker in-season was that no Wildcat spent more time studying his craft. In 2017, just in case, Whittaker had learned the Spur safety position alongside teammate Dane Cruikshank, who also made the switch from corner. Cruikshank is set to play for the Tennessee Titans in the AFC Championship Game on Sunday.

Whittaker always found the intricacies of football fascinating. When Jerry and J.J. would talk ball during postgame car rides, Jace would listen intently.

“Jace always paid attention,” his father said. “He listened to the good, the bad. He just wanted the information. He wanted to be in the know.”

Jerry coached his boys when they were kids, and he kept his coaching cap on while watching football with his sons. He’d point out tendencies that could benefit defenders, such as the footwork of an offensive tackle.

Jace, a natural leader, gravitated to quarterback when he finally got to play tackle football. He and his dad would review each game with a critical eye.

“No matter how good I thought I did, there was always something to correct,” Jace Whittaker said. “I learned that at a very young age.

“My dad was the kind of guy who wouldn’t give me all the answers. He wanted me to think and take it a little further.”

Jerry, who now works as a technician for a public water utility, recently reminded Jace of the commitment he’d have to make to keep playing football. It was sound advice but probably unnecessary.

“It’s been his passion ever since he first wore his football helmet in Pop Warner,” Jerry said.

If Jace cried that day, they were surely tears of joy.

While Arizona Wildcats continue to reshape roster for 2020, QB picture comes into focus

Marcel Yate’ successor was the DC at Pittsburgh for eight seasons and the head man at Iowa State for seven.

‘Get ahead, stay ahead’: To make a run in 2020, Arizona Wildcats must reduce walks

New pitching coach Nate Yeskie’s No. 1 task is to get the Cats to issue fewer bases on balls.

The Wildcast, Episode 241: On the UA football staff, outlook of Arizona's 2020 season, and recruiting

The Star previews all of the game day essentials, from projected starting lineups to storylines and series history, ahead of the Arizona Wildcats' home contest against No. 20 Colorado.

Prices for the items in Eno Benjamin's clothing line range from $20 to $60. 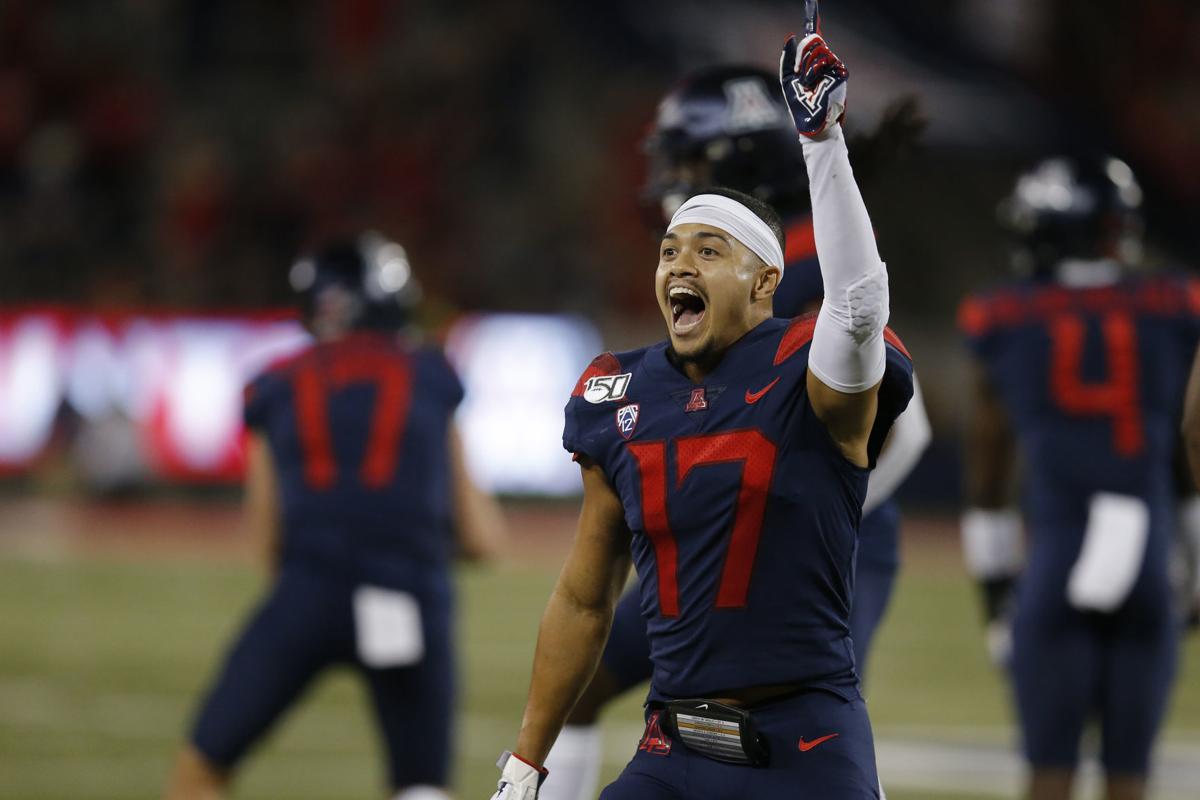 Jace Whittaker celebrates in the second half of Arizona’s September win over UCLA at Arizona Stadium. He finished his senior season with three interceptions, 55 tackles and a sack and will play in today’s East-West Shrine Game in Florida. 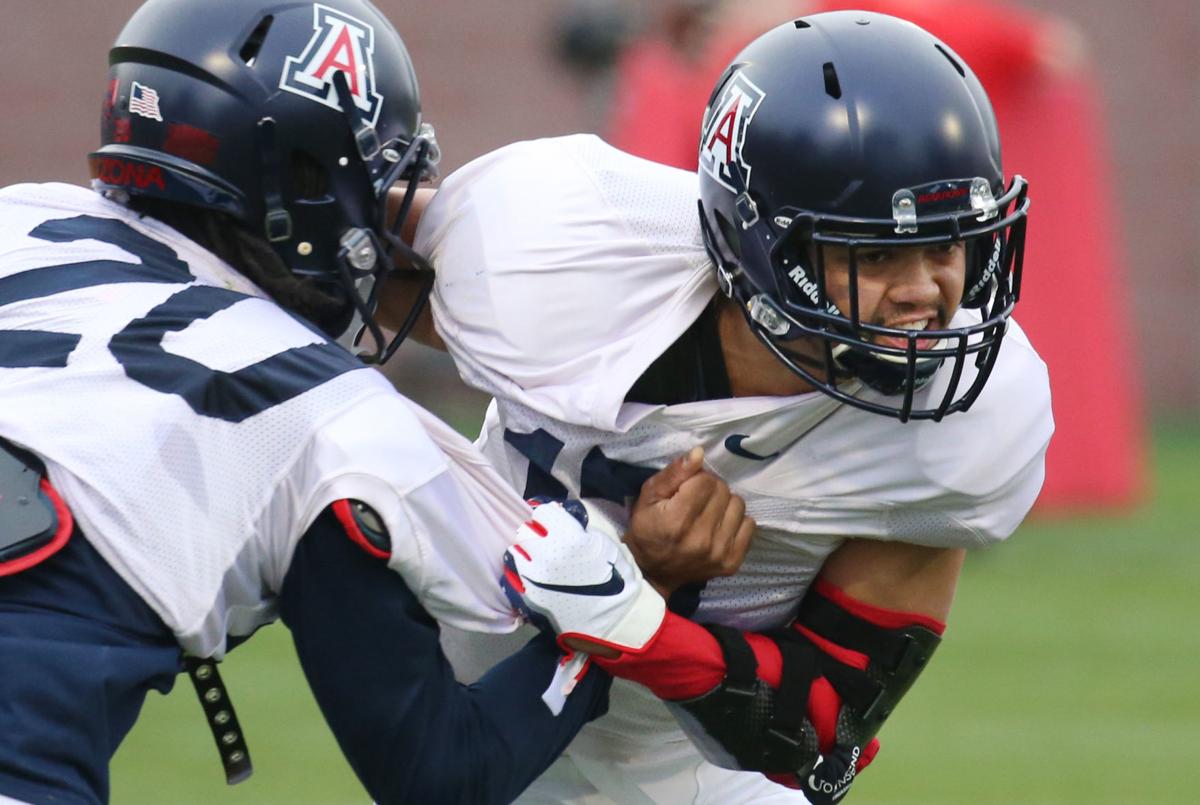 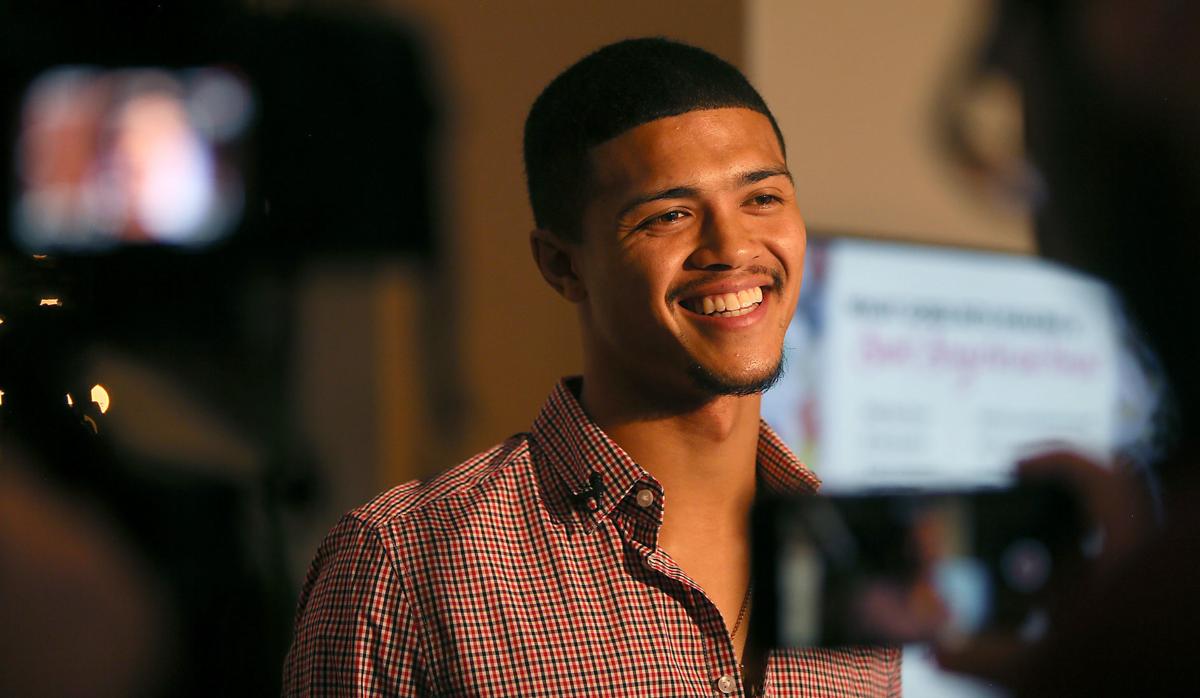 Whittaker says he got his mental toughness from his father, Jerry. Without him, “I don’t think I’d be in the position I am.”