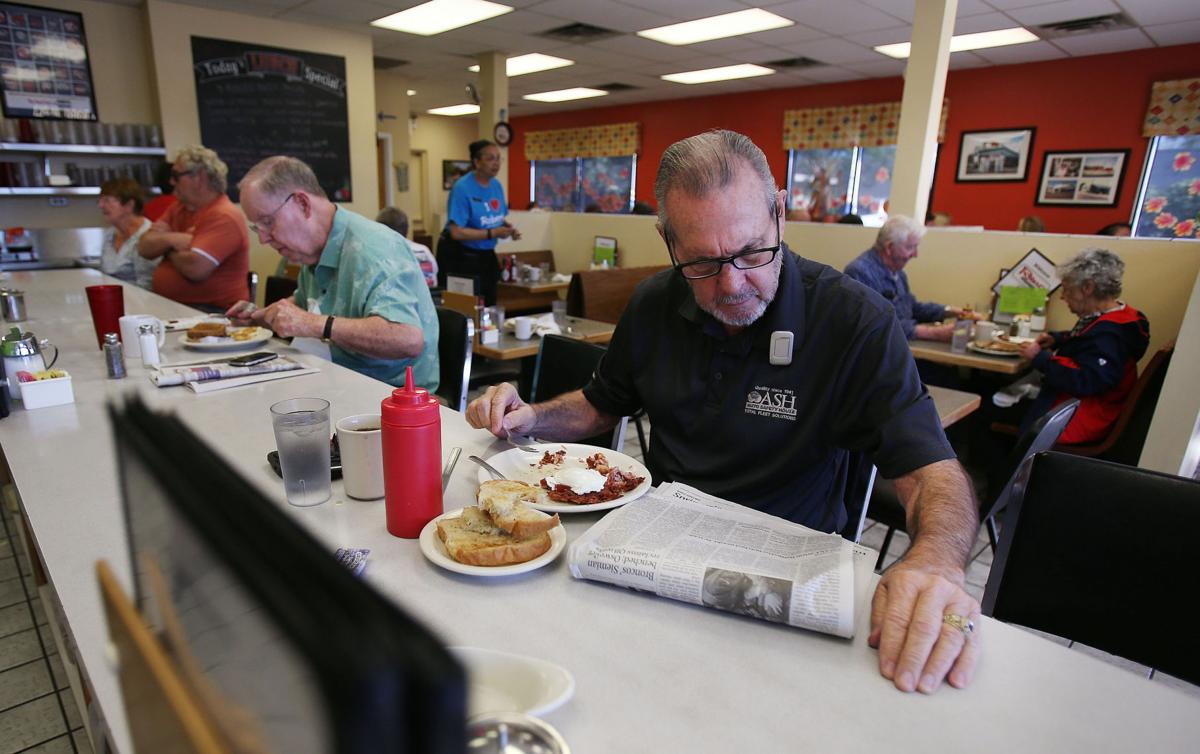 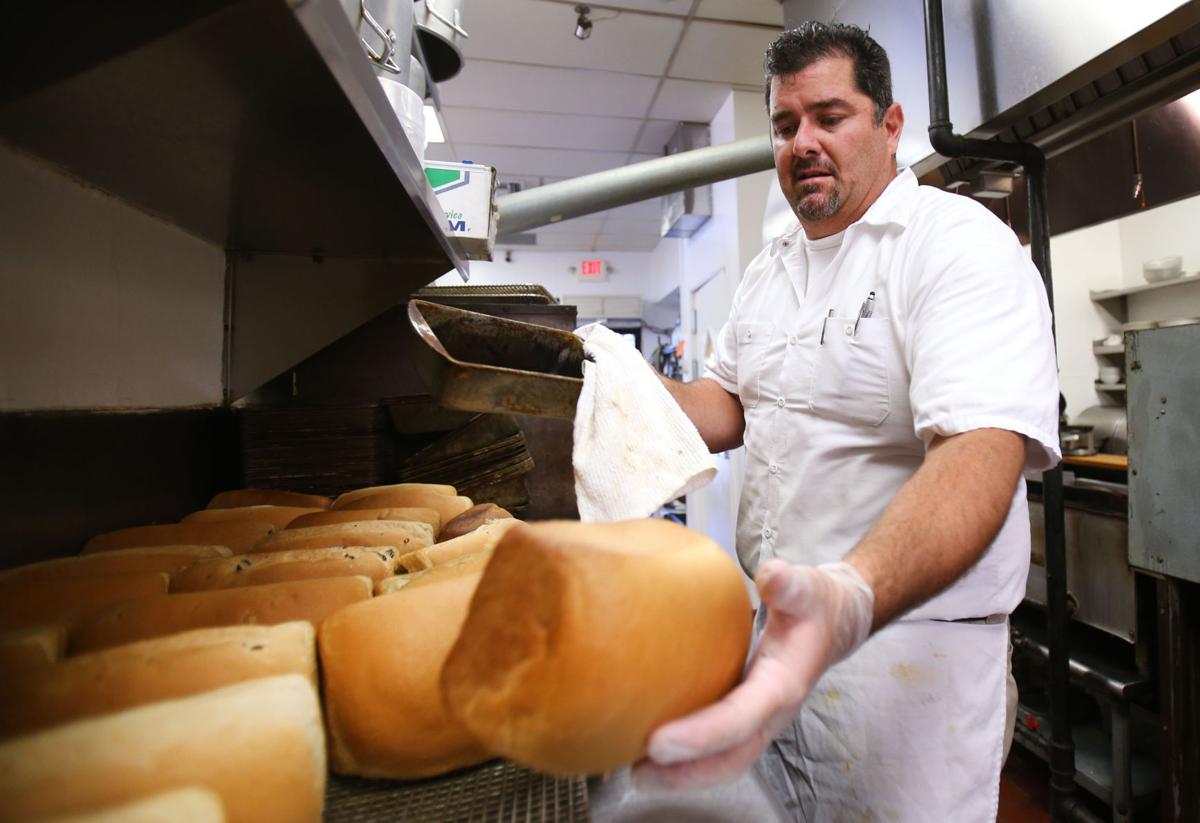 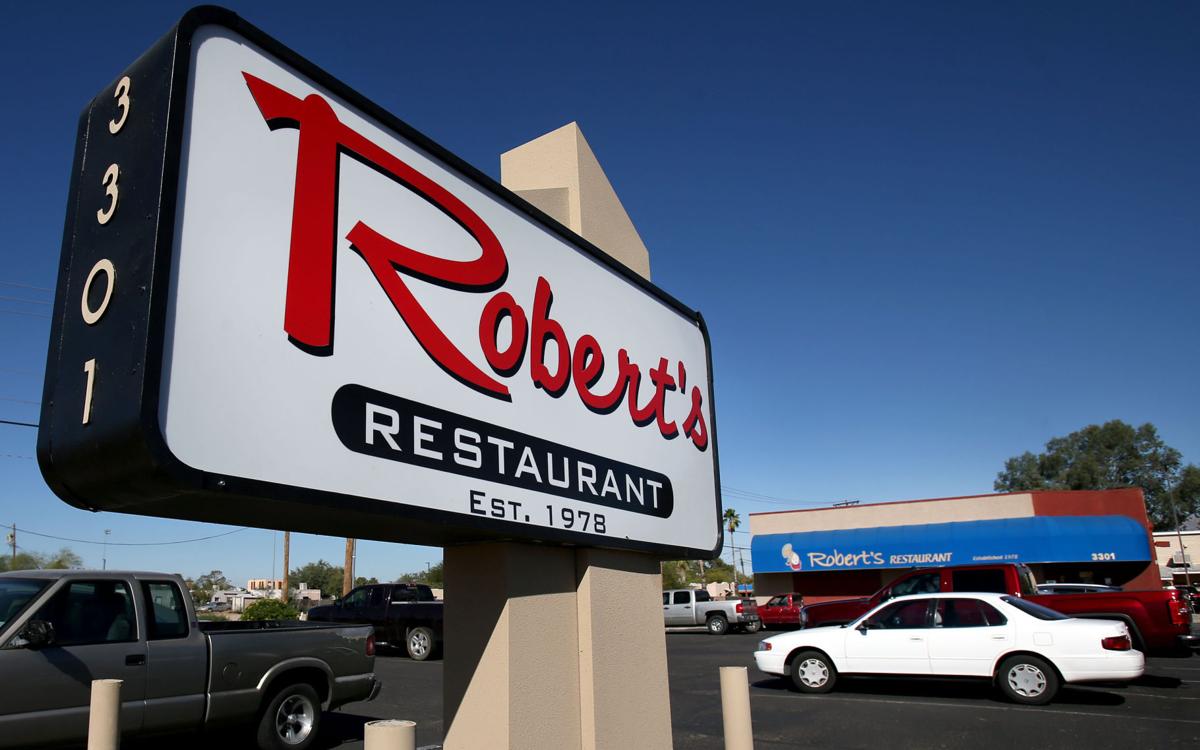 This is another in our series on the history of longtime Tucson restaurants.

Boyd Bartke was reared in the kitchen.

Boyd was only 5 years old when his parents, Robert and Donna Bartke, opened Robert’s Restaurant in 1978. Fast-forward 39 years: Robert and Donna are retired and all-grown-up Boyd has been running the restaurant since 2002.

While 39 years might sound like a long time, the restaurant business has been in the blood of the Bartke family much longer. It all started when Gus and Kay Balon, Boyd’s grandparents, opened the now-closed Catalina Cafe in 1961. The Balons then opened Gus Balon’s in 1965, which is still standing strong 52 years later, run by Boyd’s aunt.

One of Gus and Kay’s daughters, Donna, met and married Robert Bartke. Soon after, Robert began helping at Gus Balon’s, where he worked for 11 years. With his restaurant knowledge gained from Gus, he opened Robert’s Restaurant.

“I was going to the University of Arizona and I was just stuck,” Boyd says. “A longtime employee of Robert’s Restaurant, my dad’s right-hand man, was quitting to start his own restaurant. So, I decided to take the semester off and help my dad.”

But he found it different than when he was a child.

In the early ’90s, before Boyd took over, Robert’s Restaurant experienced its share of “non-joys” when the city of Tucson began a street-widening project that forced the restaurant out of its spot.

Robert’s Restaurant was originally on the corner of East Speedway and North Alvernon Way, where the Varsity Clubs of America hotel currently stands.

“It was a tough time for my dad,” Boyd says.

But it didn’t take long for Boyd to find a new location on East Grant Road near North Country Club, where a car dealership used to be. Closing for two weeks was all it took for the restaurant to move and reopen for business.

Boyd says the current location looks completely different from the previous one.

“The other location was very old and more of a greasy spoon,” he says. “There were orange countertops, green tile and a smaller kitchen.”

Since the move in the ’90s, Boyd hasn’t made any drastic changes to the interior. But one thing that has changed is the menu.

“We’re trying to change with the times,” he says. “People still like to eat comfort foods, but it’s not the same — we’re trying to be healthier.”

But family recipes are still used, and everything is still made from scratch. He says 90 percent of the menu is the same, just with minor adjustments or add-ons.

Because of its history and comforting environment, Robert’s Restaurant is one of those restaurants that has a handful — or maybe more than a handful — of regulars.

Even many of the servers at Robert’s have been there for years.

Cindy Ebarb, for example, has been with the company for 23 years.

“I just love the people here,” she says. “They’re so friendly and you get really attached to them. You get to know exactly what they eat, and all you have to do is see them to know what they want. It’s about getting to know them on a personal level — seeing babies who are now adults, seeing them driving when they used to be in a car seat. It makes me never want to leave because I would feel like a part of me is gone.”

Another server, Peggy Bonnell, has worked at Robert’s for 13 years. She applied at the restaurant for years, but since employees stick around for a long time, the restaurant was never hiring. But when a server broke her leg and had to quit, Bonnell was in.

“We’re all a family here,” she says. “I’m 61 years old. I was thinking about it, and when I retire, I think I would still want to work here two days a week.”