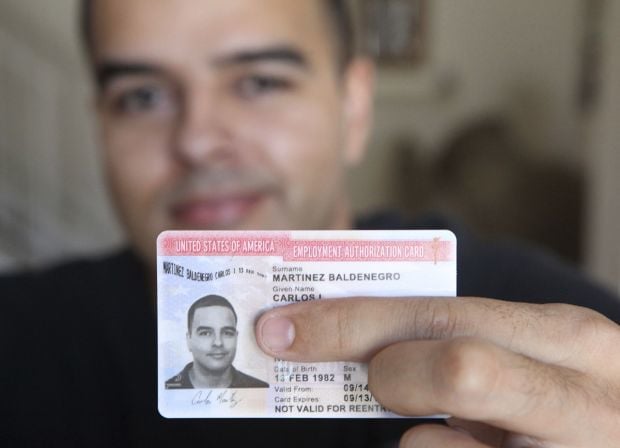 Carlos Martinez, a DACA recipient, is being held in detention after crossing into Mexico and then returning without the proper permit. 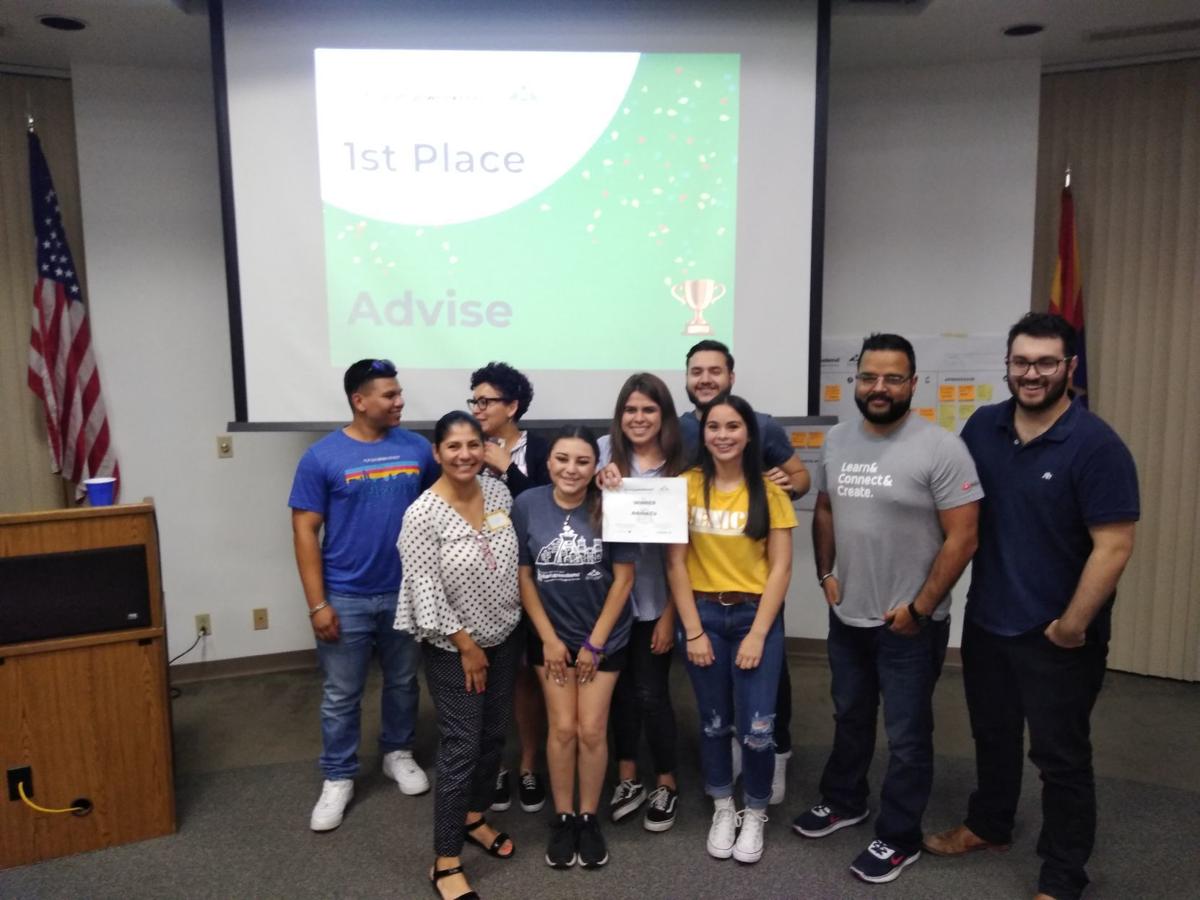 Carlos Martínez (second from right) participated in Latinx In Tech Startup Weekend Tucson in June. He was part of the winning team.

Carlos Martínez, a Tucsonan who was one of the first people to obtain DACA protection in 2012, lost his immigration status and is being detained in Eloy after he crossed into Mexico and attempted to return to the United States almost immediately in early August.

“It was a moment of frustration,” said his mother Sylvia Baldenegro. “He was desperate.”

Baldenegro said her son, a 37-year-old University of Arizona graduate, has been frustrated and felt desperate in recent years due to unemployment and the impossibility of freely traveling between the two countries.

She thinks that situation and the urge to see his family in Mexico, where he had not returned since his parents brought him to the United States when he was 9 years old, led Martinez to cross the border Aug. 7.

Less than an hour had passed, his father Salvador Martínez said, when his son regretted his decision and decided to return to the U.S.

Martínez explained to Customs and Border Protection personnel at the Dennis DeConcini crossing in Nogales that he had Deferred Action for Childhood Arrival status, that he left the country minutes earlier to visit his family and he regretted his decision. He told them he wanted to return home. “Dreamers” are protected from deportation proceedings for a set period of time.

“He was supposed to request a permit in advance in order to leave the country, fill out the form I-131,” said Claudia Arévalo, the attorney representing Martinez. “And he did not do that.”

The law states if you have DACA and you leave the country you are giving up your protected immigration status, Arévalo added.

Carlos Martínez requested asylum that night in Nogales after feeling afraid of a completely unknown territory where he did not know where to go, Arévalo said. He was interviewed then transported to the detention center in Eloy.

Arévalo said she requested bail and asked to cancel the deportation of her client, but his first scheduled appearance before a judge on Aug. 27 in immigration court in Eloy was canceled.

“The judge explained to Carlos he (the judge) hadn’t received the necessary documents to proceed and they would have to wait for a new date,” Arévalo said.

Martinez, who earned a bachelor’s degree in computer engineering and a master’s degree in software engineering, has always aspired to work for large technology companies.

For a while, he achieved it.

In June 2013, Martínez moved to San Francisco to work for IBM. He returned to Tucson after a round of layoffs, his mother said, and since then he has not been able to find a good job. Not long ago, he was close to joining the ranks of Google after getting far in the hiring process but he wasn’t selected.

Martínez believes he didn’t get that job — and many others he has applied for — because his work permit through DACA was temporary, Arévalo said.

Martínez’s family has been able to regularize their immigration situation. His older brother, Salvador, gained his U.S. citizenship through marriage and has processed permanent residency status for his parents.

“But trying to process papers for a brother takes a really long time,” Baldenegro said.

“We don’t think it’s fair what is happening to our son, being such a good son, so intelligent and with so many qualities and a clean record … he doesn’t deserve to be where he is.”

Arévalo said, “we will keep fighting, we are going to ask for asylum, cancellation of deportation and see if DACA can be reopen due to extreme circumstances.”

Martínez’s parents said they have faith that the court will resolve in favor of their son. “We hope they don’t deport him and he stays in the United States so he can achieve his dreams,” his mother said.

The issue arises following published reports that ICE agents are "mining'' millions of driver's license photos from three other states.

A bid to create a special community college and university tuition for "dreamers'' and others who don't qualify for the in-state rate has run into a potentially fatal snag.

'Dreamers' tuition status could depend on definition of 'lawful immigration status'

Carlos Martinez, a DACA recipient, is being held in detention after crossing into Mexico and then returning without the proper permit.

Carlos Martínez (second from right) participated in Latinx In Tech Startup Weekend Tucson in June. He was part of the winning team.