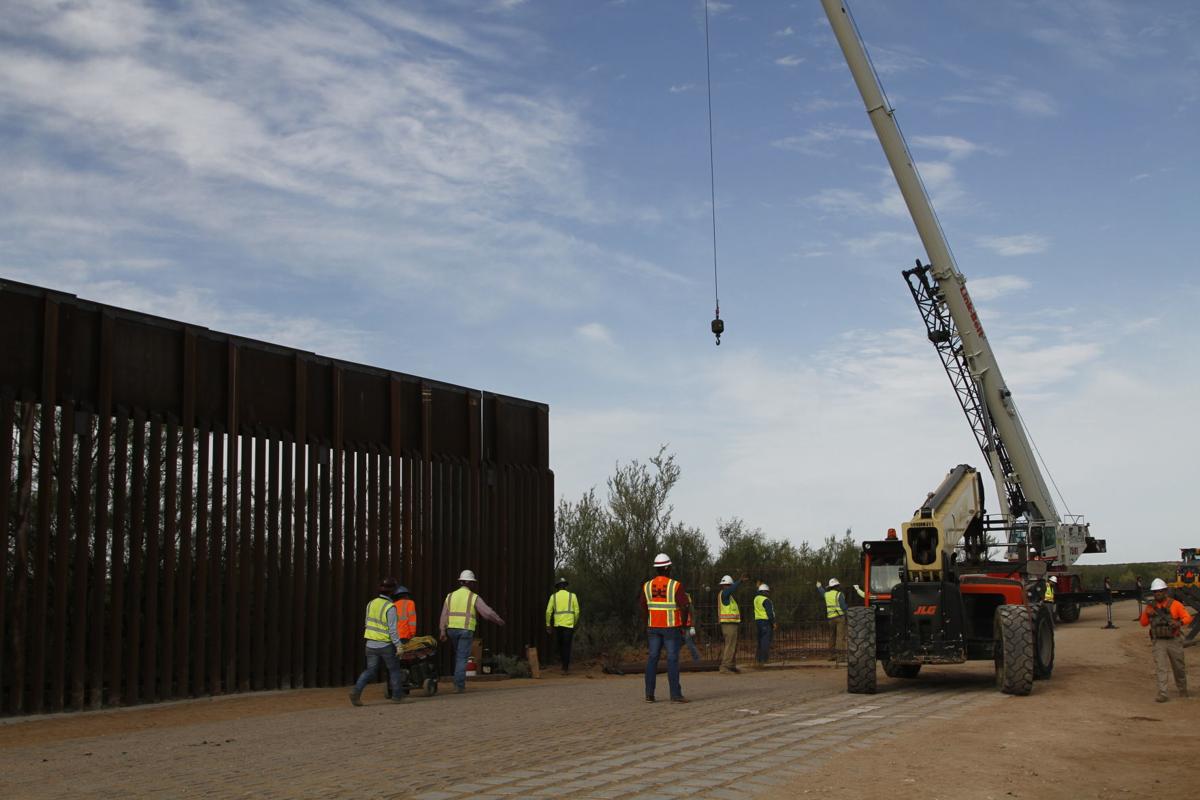 A border wall was a keystone of President Trump’s 2016 election campaign, but Congress has resisted funding all of it. This year it allocated $1.4 billion. 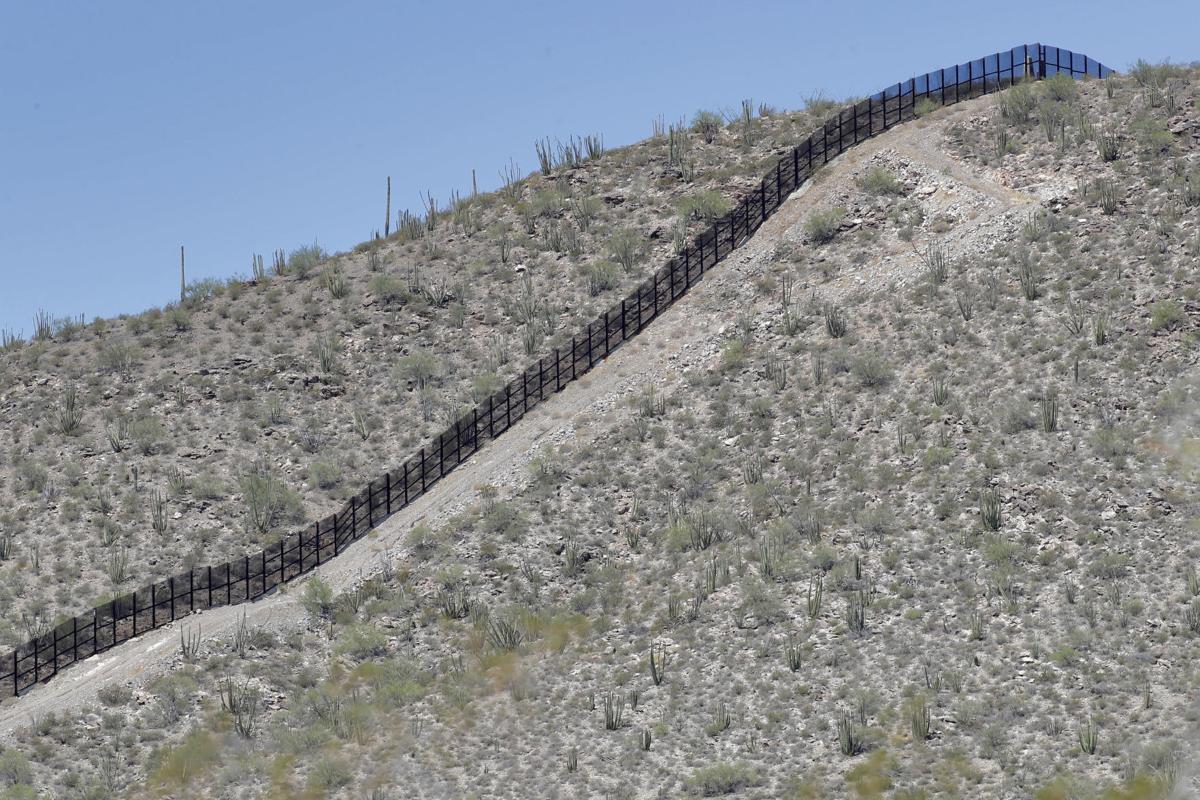 Conservationists say a wall — and its construction— would be detrimental to wildlife habitat and would block the migration of animals.

The work on his hallmark campaign promise involves mostly replacement fencing along a 46-mile stretch of desert west of Santa Teresa, New Mexico, and on 2 miles of Organ Pipe Cactus National Monument in Arizona.

At the New Mexico site, about 20 workers placed rebar frames for concrete footers along the path of the wall. A 50-foot crane towered over the site, standing out on the treeless brushland and cracked washes that stretch for miles in every direction.

Workers broke ground between Columbus and Santa Teresa — small towns near ports of entry along the border between New Mexico and the state of Chihuahua, Mexico.

In Arizona, crews were installing 30-foot steel fencing to replace older barriers next to a border crossing known as Lukeville Port of Entry.

Both projects are being funded with money initially allocated to the Defense Department that was redirected by Trump’s executive order.

Use of the money was previously frozen by lower courts while a lawsuit proceeded. Last month, however, the U.S. Supreme Court cleared the way for the use of about $2.5 billion.

A border wall was a keystone of the president’s 2016 election campaign, but Congress has resisted funding all of it.

This year it allocated $1.4 billion, but the president wanted much more.

The administration has awarded $2.8 billion in contracts for barriers covering 247 miles, with all but 17 miles of that to replace existing barriers instead of expanding coverage.

Various forms of barriers already exist along 654 miles — about a third — of the border.

The construction comes as immigrant apprehensions have fallen sharply over the past two months due to the summer heat and a clamp down in Mexico.

Tens of thousands of people have come to the U.S. over the past year. Most are Central American families with children who turn themselves in to agents instead of trying to dodge them.

Environmentalists have sued over some of the construction contracts for the fencing, saying the government unlawfully waived dozens of laws so it could build on protected lands.

Conservationists say a wall — and its construction— would be detrimental to wildlife habitat and would block the migration of animals such as bighorn sheep and wolves.

“It’s astonishing and sad to see Trump’s border wall being built through the most spectacular Sonoran desert ecosystem on the planet,” Laiken Jordahl, borderlands campaigner with the Center for Biological Diversity, said Thursday. Jordahl hoped the courts would step in to protect Organ Pipe Cactus National Monument.

The vast park is known for its oddly shaped cactuses that resemble organ pipes and for its many saguaros.

Signs all over the park warn visitors that they might encounter smuggling activity.

Until five years ago, large swaths of the park were closed to the public due to dangerous conditions and following the 2002 shooting death of Kris Eggle, a park ranger who died while pursuing suspected drug cartel members. Groundbreaking occurred Thursday along the portion of existing fencing that stretches west from Lukeville Port of Entry, Border Patrol spokesman Jesus Vasavilbaso said.

Many Arizona residents use the crossing on their way to Rocky Point, a beach destination in Mexico.

Construction is expected to take about 45 days.

The government then plans to tackle two other projects in Arizona, including nearly 40 miles of fencing in other parts of the national monument and areas of Cabeza Prieta National Wildlife Refuge and San Pedro Riparian National Conservation Area.

Remaining population of animal is estimated at about 70.

A border wall was a keystone of President Trump’s 2016 election campaign, but Congress has resisted funding all of it. This year it allocated $1.4 billion.

Conservationists say a wall — and its construction— would be detrimental to wildlife habitat and would block the migration of animals.