Every precinct in the Pac-12 recoils with contempt when their football coach takes somebody else’s money and runs. It’s the we-were-betrayed syndrome.

Betrayal is more common in college football than a quarterback sack.

This time, Colorado’s Mel Tucker jumped to Michigan State, doubling his salary. There is no mystery to that. The real issue should be that the transaction makes no financial sense, which is the No. 1 problem in college sports.

Last month, the Spartans paid former coach Mark Dantonio a $4.3 million bonus. Now they will pay Tucker’s $3 million buyout at Colorado. Why? Because they can. It’s straight out of Moneyball 101.

Tucker’s decision to bolt from Colorado after one year — a 5-7 season at that — is Chapter 1 in the “Career Advancement” handbook of coaching. He is the second one-and-done Pac-12 football coach in the last three years, following Oregon’s Willie Taggart, who bounced from the Ducks to Florida State before anyone could be sure if he spelled Taggart with an “a” or an “e.”

Taggart is now living off an $18 million buyout from FSU, which fired him before he could finish Year 2 in Tallahassee.

The origin of this move toward fiscal insanity in college football is unknown, but Arizona was at or near the start of it. The Tuckers and Taggarts have nothing on the Wildcats.

From 1933-37, Tex Oliver coached Arizona to a 32-11-4 record. His program was so good that it acquired a flashy nickname — “The Blue Brigade” — and expanded relatively new Arizona Stadium to 10,000 seats, filling it for his final 12 home games.

Oliver’s teams were so competitive that Arizona added Oklahoma State, Kansas and Michigan State to the schedule, moving into a better neighborhood, dropping associations with once-regular opponents Occidental, Whittier and Drake.

To conclude the 1937 season, Arizona scheduled Oregon, which was about four floors above Arizona’s Border Conference company.

The Wildcats stunned the Ducks 20-6 before a sellout crowd in Tucson, and it wasn’t certain who was most impressed: UA fans or Oregon fans?

Over the next few weeks, Oregon offered Oliver a three-year contract worth $20,000. He was working year-to-year in Tucson for $4,300. A few days after the UA’s booster group held its year-end banquet — capped by the presentation of a new car to Oliver — he left town, driving all the way to Oregon in his new Oldsmobile.

UA fans were so distraught that Tucson millionaire developer and mega-booster Roy Drachman arranged for a “prayer meeting” with the Towncats booster group.

Oliver didn’t have a prayer at Oregon. He was a flop, going 23-28-3 before moving to Southern California and becoming a high school administrator.

I called Oliver in 1986 and had a pleasant conversation about his career. The words that most struck me were, “I should’ve stayed at Arizona.”

This century, you don’t get the “I should’ve stayed” routine because the money is so ridiculously good that it buys security — if not happiness — win or lose.

Unlike Arizona and Oregon of 1938, Colorado and Michigan State are considered equals. But anyone who knows the difference between a Buckeye and a Sun Devil knows that college football has as many divisions as boxing.

Colorado is a middleweight. Michigan State is a heavyweight.

Over the next four seasons, the Spartans will pocket about $140 million more in media rights money than Colorado, Arizona and every Pac-12 school. If they want Mel Tucker, they get Mel Tucker.

By my count, Tucker is the 19th football coach from a Pac-12 school to pursue a follow-the-money career path since USC’s John McKay left for the NFL’s Tampa Bay Buccaneers in 1975. No school in the league has been untouched. There is always a bigger and better job, with more zeros on the paycheck.

USC not only lost McKay to the NFL, it lost John Robinson and Pete Carroll. All won national championships at ’SC and were quick to give photographers the “Fight On” pose. That’s as phony as Mel Tucker punching up a tweet last week declaring he was “committed” to the Buffs.

The jumping-ship business has flowed steadily over the last 50 years at Pac-12 schools.

ASU’s John Cooper bailed out for the job at Ohio State. Cal’s Bruce Snyder, unhappy with his contract, jumped to ASU.

Arizona’s Jim Young, a college football Hall of Famer, left Tucson for the job at Purdue. Larry Smith, making a mere $60,000 a year at Arizona, “betrayed” the UA by becoming USC’s head coach. Smith was conflicted. On the day he told UA athletic director Cedric Dempsey he would be doubling his paycheck by moving to Los Angeles, Smith wept.

Smith was an emotional, all-in guy, not a greedy man. Most of this career advancement stuff delivers tears of joy, not Smith-type regret.

Arizona got a Tucker-type lesson in loyalty in December 2015, when Rich Rodriguez flew to Columbia, South Carolina, to interview for the Gamecocks’ coaching vacancy two days before the UA’s year-end football celebration banquet.

Unfortunately for Rodriguez, he didn’t end up getting the job. He gambled and lost, undercutting his reputation and respect in the community and inside the walls of the Lowell-Stevens football plant. He was fired two years later, paid $6.2 million to go away.

The UA then hired Kevin Sumlin, fired a few weeks earlier by Texas A&M, and put a clause in his contract establishing that he would get a multi-million dollar buyout if he failed at Arizona.

Does any of this make sense?

Tucker will soon be forgotten in Colorado and in the Pac-12. The next CU coach will pledge allegiance to the Buffaloes and insist the Rose Bowl is the No. 1 goal in life. But in reality, the revolving door will continue.

Oregon’s Rich Brooks went to the Rose Bowl after 18 years of laboring to make the Ducks relevant, and — boom — he was off to the NFL. Even one of the most loyal soldiers the league ever produced, Oregon State’s Mike Riley, twice left the Beavers — first for the NFL and later for Nebraska.

By my count, only four football coaches at Pac-12 schools in the last 50 years stuck it out, devoted and passionate from beginning to end, staying on the job until retirement.

That’s four out of 97 coaches. Now it seems more like one in 5.5 million, which is Mel Tucker’s annual salary — in dollars — at Michigan State.

Arizona opens the Hillenbrand Invitational on Friday with a pair of games against Long Beach State (2 p.m.) and Northern Iowa (4:30 p.m.). The Wildcats will face Bryant at 11:30 a.m. Saturday before facing Oklahoma at 4:30 p.m.

The Star previews all of the game day essentials, from projected starting lineups to storylines and series history, ahead of Arizona's showdown with Stanford.

UA bounces back from Saturday's loss to Oklahoma with 6-0 win Sunday. 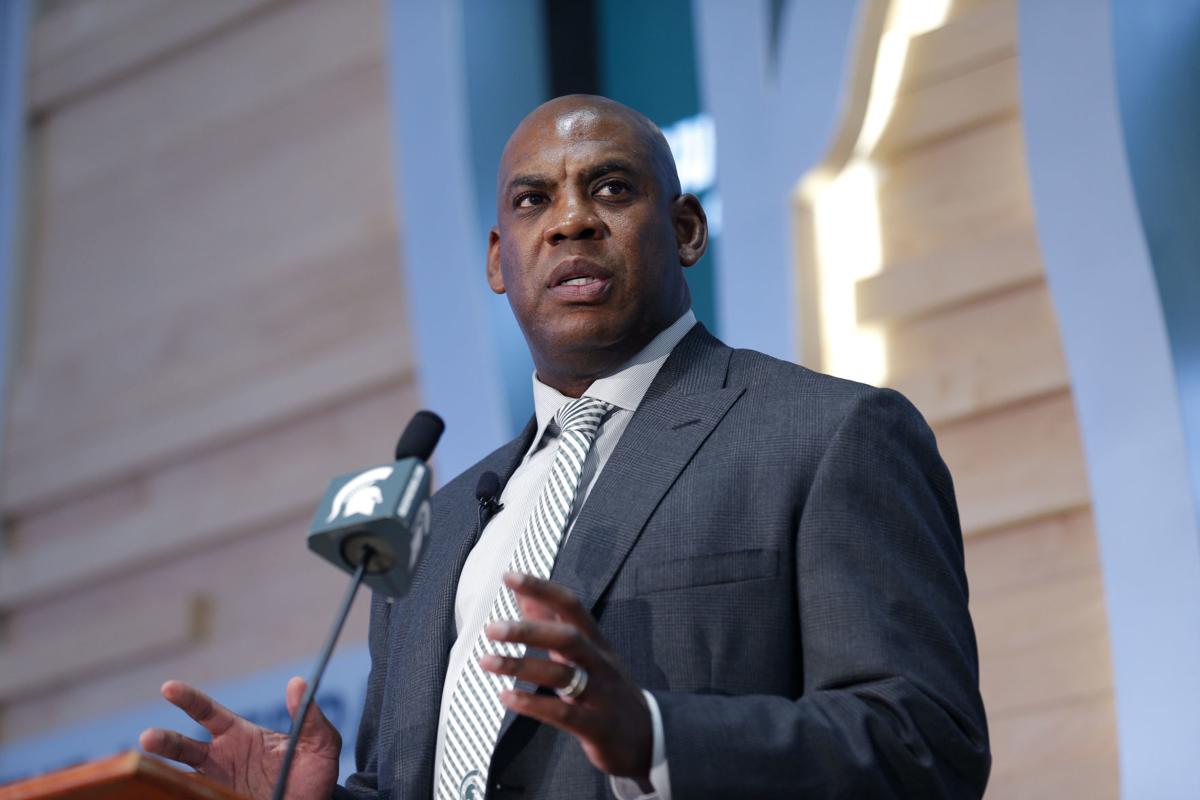 Mel Tucker found 5.5 million reasons to jump to Michigan State, just days after tweeting his commitment to the coaching job at Colorado. 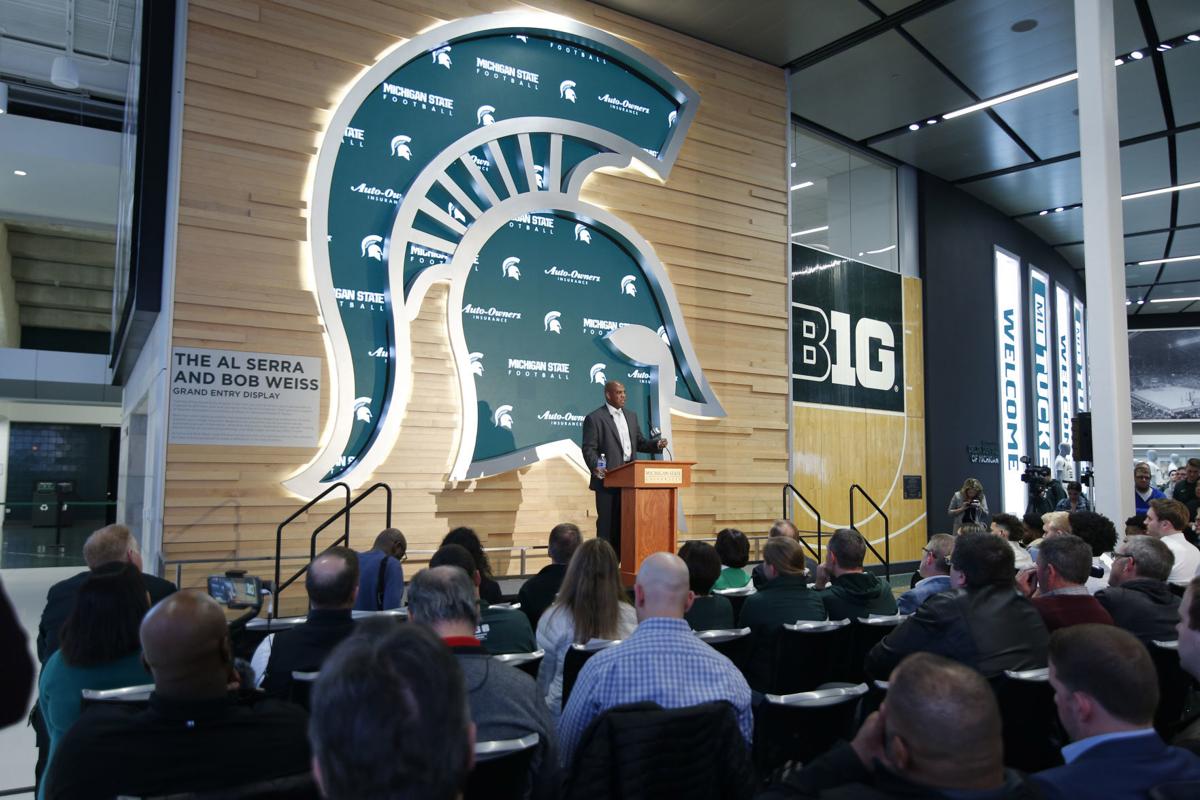 Mel Tucker, who left Colorado after one year — a 5-7 season — is Michigan State’s new football coach. He spoke at a news conference Wednesday in East Lansing, Michigan.