Strikeouts? Arizona can whiff with the best of them.

The Pac-12 champs twice struck out 13 times against Ball State — yes, Ball State — in a season-opening series at Hi Corbett Field that seems so long ago it might’ve been 1921.

Yes, that game against the Cardinal was a 13-inning game, but c’mon, 18 strikeouts for the NCAA leader in hits and runs?

So it wasn’t that novel when the Wildcats struck out 19 times in Saturday’s 12-inning loss to pitching-blessed Vanderbilt. As much as the story of the game was pitching — Vandy struck out 10 times itself — the game turned on a down-the-pipe fastball in the bottom of the seventh inning that should’ve been another strikeout by a Vandy hitter.

But plate umpire Perry Costello called the 3-2 pitch a ball and everything changed.

It was one of 414 pitches, but it had more meaning than all the runs, hits and errors of the five-hour game.

After the 3-2 pitch went against Arizona, pitching coach Nate Yeskie benched starting pitcher Chase Silseth and in what seemed like 10 seconds, Vandy turned a 5-3 deficit into a 6-5 lead. Had Silseth’s 3-2 pitch been ruled a strike — the inning’s second out — there probably would’ve been no need for extra innings, no walk-off, bases-loaded dribbler through the infield by Vanderbilt’s No. 9 hitter, Jayson Gonzalez.

The story would’ve been about Silseth out-performing the Commodores’ imposing Kumar Rocker, much like the ‘86 Wildcats part-time pitcher-DH Gary Alexander beating Florida State’s 20-game winner Mike Loynd, the college baseball player of the year, to win the national championship.

Or much like unheralded UA pitcher Robert Chaulk getting the best of Eastern Michigan’s Bob Welch, then the NCAA’s No. 1 pitcher and future MLB Cy Young Award winner, in the 1976 College World Series title game.

One pitch out of 414 changed everything, for Silseth and the Wildcats.

It’s not that Costello was the wrong umpire at the wrong time. He might be the leading umpire in college baseball. Costello has worked eight College World Series, 19 NCAA Super Regionals and before that umpired nine seasons of minor league baseball.

It’s that Costello just missed a call. It happens. It usually doesn’t change the trajectory of the most important game of a team’s baseball season, but on Saturday night it did.

Asked about the call in a post-game Zoom conference — did it look like a strike? — Johnson’s one-word answer was “yes.’’

After Silseth was removed from the game and Vanderbilt assumed the lead, the Wildcats appeared to play not to lose, which is the surest way to lose.

It also put a premium on Vanderbilt’s bullpen, which was even more impressive than Kumar, who could be the MLB’s No. 1 overall draft pick in three weeks.

Commodores’ reliever Luke Murphy was regularly clocked at 95-97 mph, as was Arizona’s only shut-down reliever of the night, T.J. Nichols. Three Vandy relievers combined to pitch 6 1/3 innings with 12 strikeouts. How are you going to beat that in the late innings?

No wonder Vanderbilt has emerged as college baseball’s most accomplished team of coach Tim Corbin’s career, producing dominant MLB pitchers like Walker Buehler and David Price. And the kicker is that Vandy’s leading pitcher, Jack Leiter, was saved to pitch in Monday’s winner’s bracket game, against North Carolina State.

Corbin, who has won two national championships at Vanderbilt, didn’t hesitate to correct those who thought 19 strikeouts were the game’s most meaningful number.

“We only walked one hitter,’’ he said, comparing Arizona’s ballyhooed lineup to a modern “Murderer’s Row.’’

College baseball is now a game of power pitchers. Six of the pitchers in Saturday’s game hit at least 95 mph, as displayed on ESPN’s pitch-to-pitch screen shots. It’s a bullpen-dominated game much like Major League Baseball.

You’re not likely to ever see an Arizona CWS pitcher like Alexander, Chaulk, Kurt Heyer or Gil Heredia pitch a complete game in Omaha again.

I asked 1975 Cincinnati Reds World Series pitcher Pat Darcy, a Tucsonan from Rincon High School, how it is possible that college pitchers now hit 97 mph on the radar guns, when it seems like a decade ago 90 mph was considered blazing.

“The pitchers are bigger and stronger than we were,’’ he said. “Plus, they get a lot more coaching and play in a lot more games than we did.’’

When Vanderbilt won the 2019 College World Series, relief pitchers struck out 18 hitters in 17 innings. On Saturday, Vandy relievers Luke Murphy, Nick Maldonado and Chris McElvain struck out 12 in what seemed like 12 minutes.

Hansen's Sunday Notebook: Tucson's Abdi Abdirahman will 'be ready' for Olympics at age 44

The Star's longtime columinist writes about the local running star and his new book, why ASU is back on the NCAA's radar, and which UA coach is leaving college for the pros.

Hansen's Hundred, No. 72: Eddie Leon made the bigs, but was much more than a ballplayer

Eddie Leon, who is No. 72 in our list of Top 100 Tucson Sports Figures of the last 100 years, played for the Indians, White Sox and Yankees following a stellar career at Tucson High and the UA.

Mike Candrea's rise to become arguably the greatest college softball coach in history got its start in, of all places, Casa Grande.

The Star's Greg Hansen is counting down the 100 top sports figures in Tucson history. Up next: No. 73, Bud Grainger.

Kelly Cagle, who is No. 74 in our list of Top 100 Tucson Sports Figures of the last 100 years, may be the top girls high school soccer player in Tucson history.

The Star's Greg Hansen is counting down the 100 top sports figures in Tucson history. Up next: No. 75, Corky Simpson.

Former Arizona Wildcat Deandre Ayton had 20 points and nine rebounds for the Suns in the 120-114 win in Phoenix on Sunday.

The Star's Greg Hansen is counting down the 100 top sports figures in Tucson history. Up next: No. 70, Bill Cheesbourg.

Hansen's Sunday Notebook: Chip Hale would be perfect choice as Wildcats' next coach

The Star's longtime columinist writes about who should be the Arizona Wildcats' next baseball coach, a new role for former Sabino standout Tod Brown and Deandre Ayton's emergence in the NBA Playoffs. 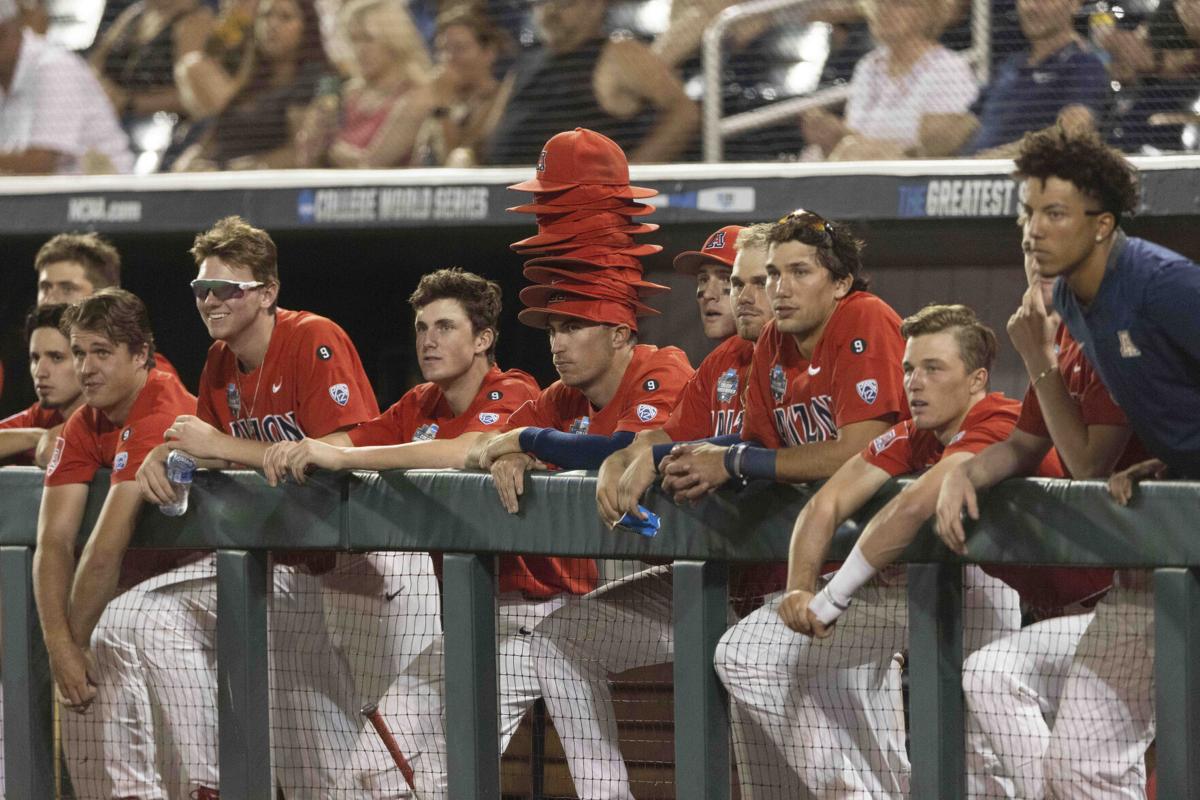 Arizona players watch from the dugout in the 12th inning Saturday's loss. UA seemed to be in control of the game until a questionable call gave Vanderbilt the momentum. 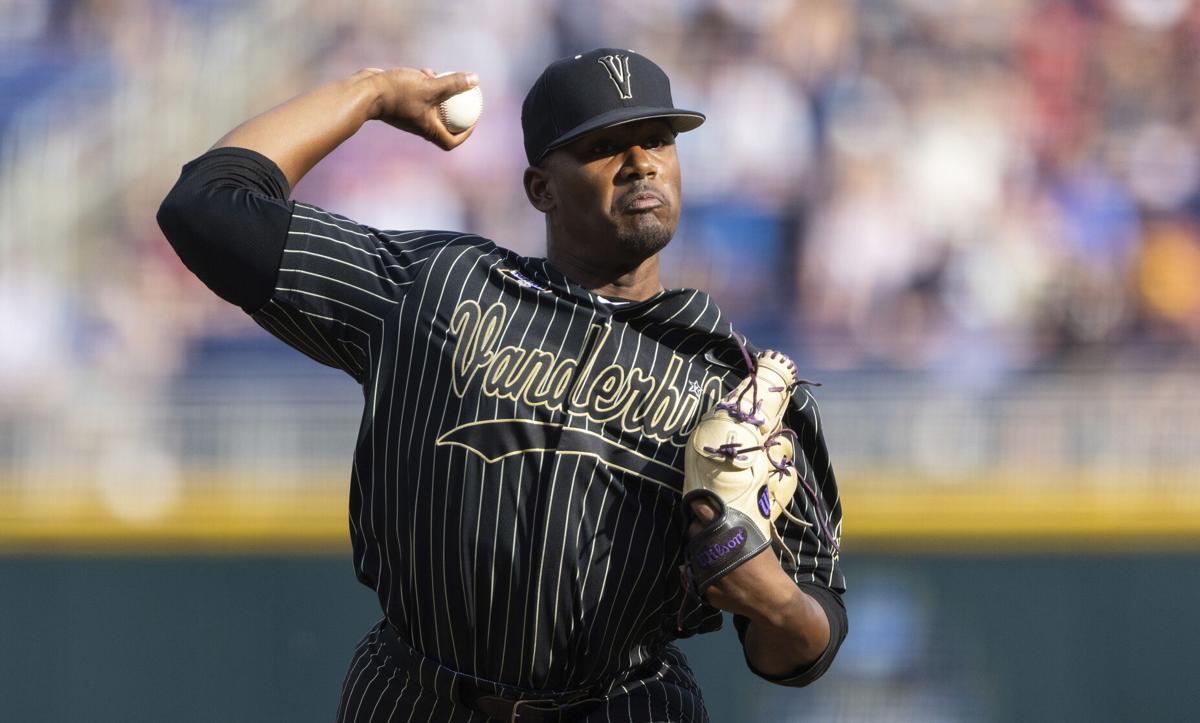