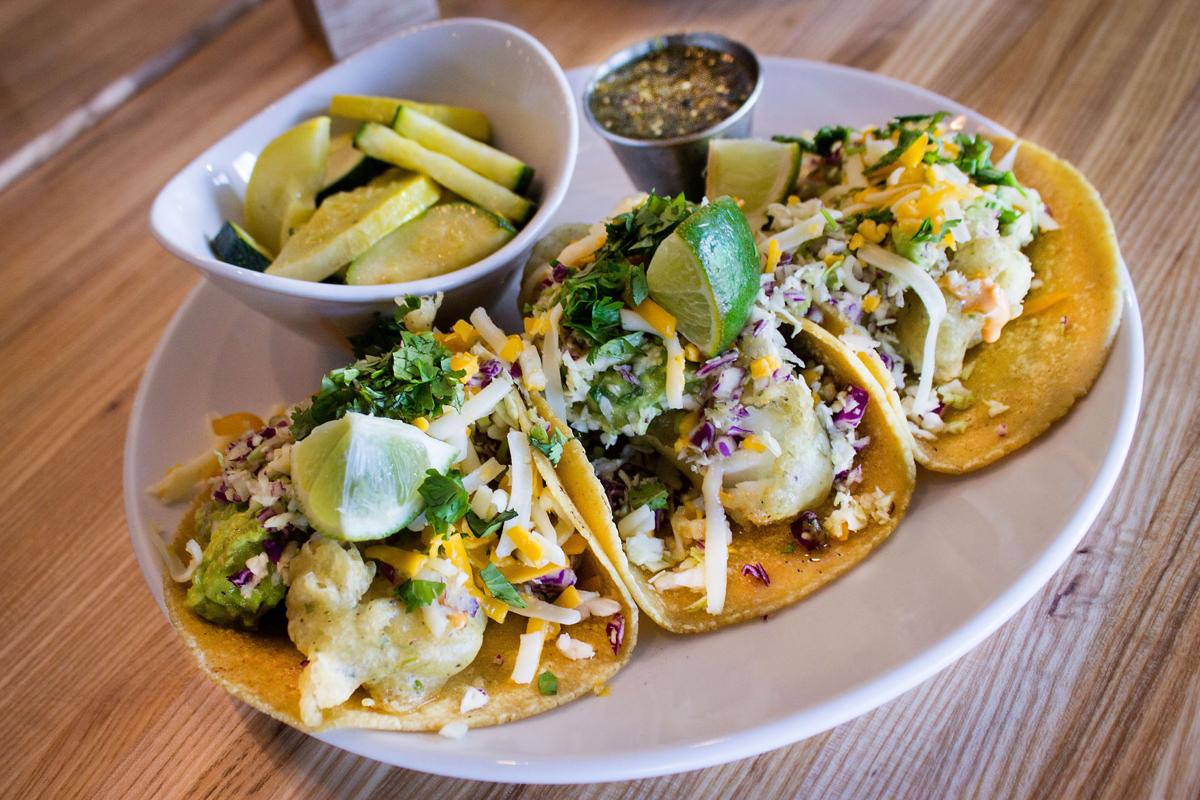 Crispy fish tacos at the new Seis Kitchen, with a side of calabacitas squash. 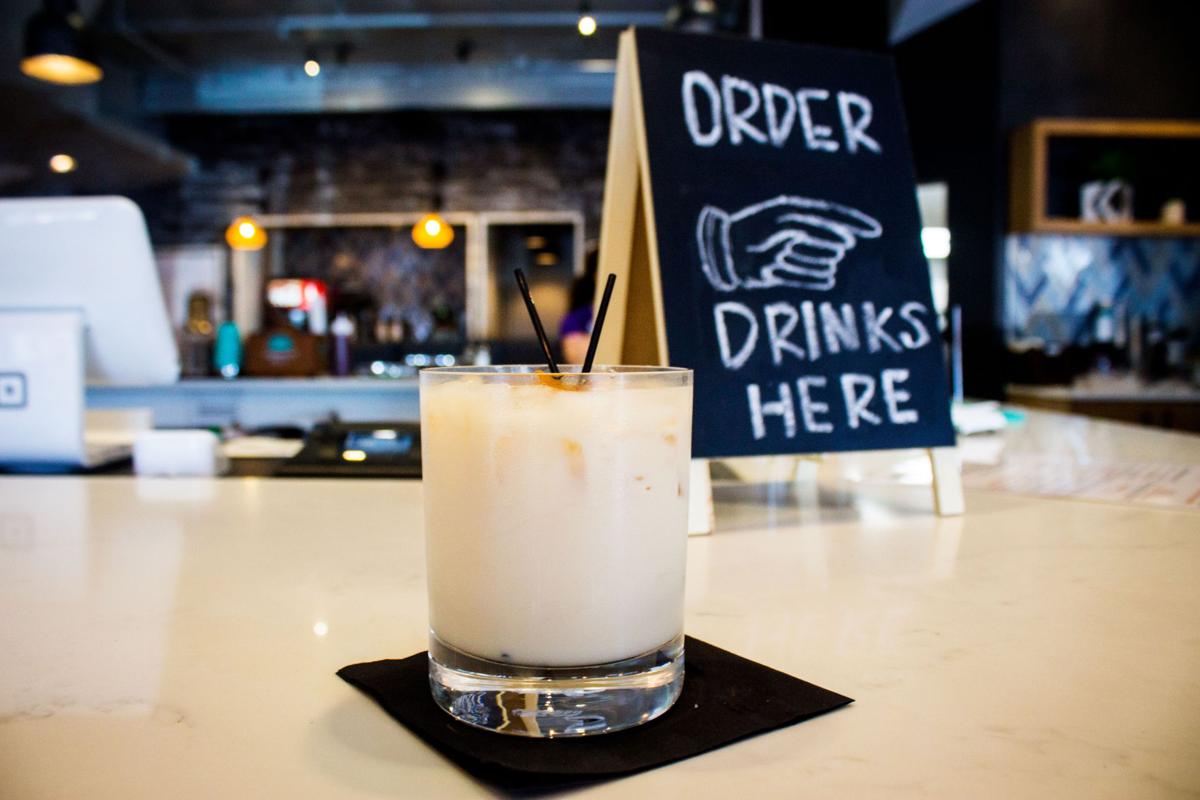 Keep it simple stupid! Seis makes its own rice milk horchata and spikes it with rum. At $8, it's one of the best cocktails I've had in recent memory. 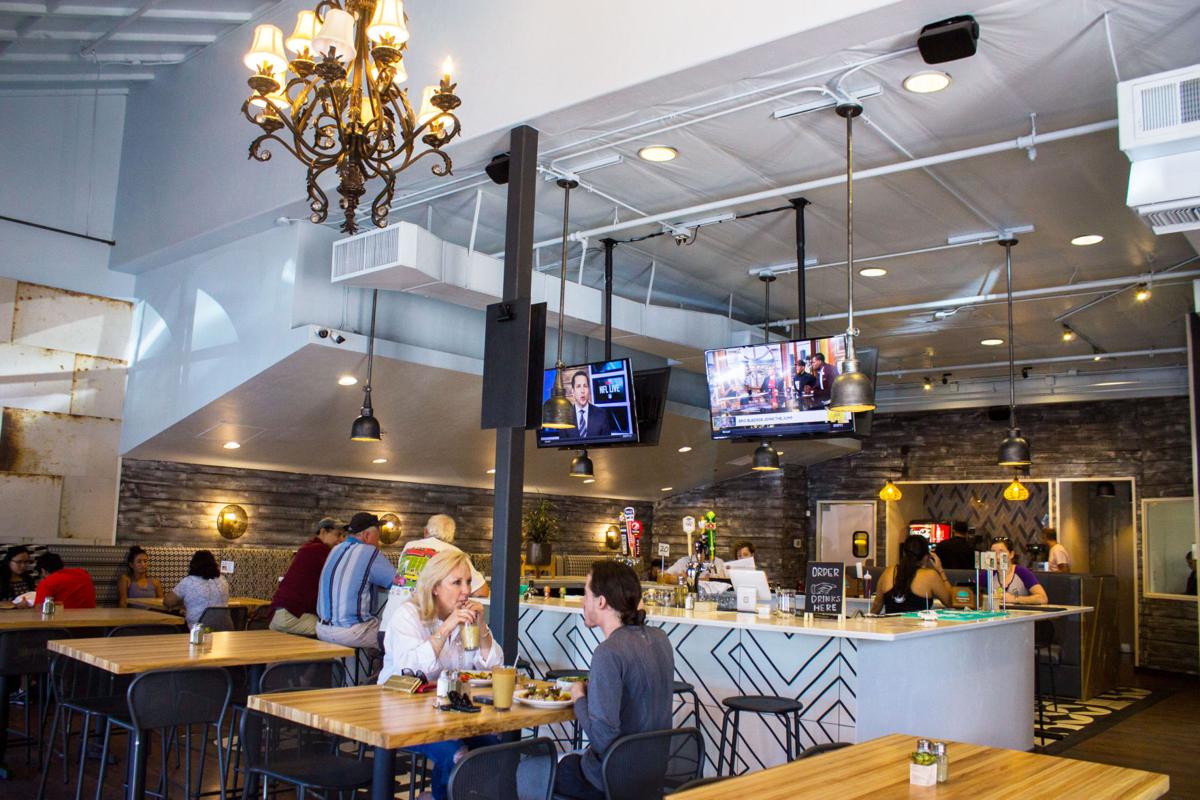 Seis is lookin' pretty swanky these days on the northside. You go girl! 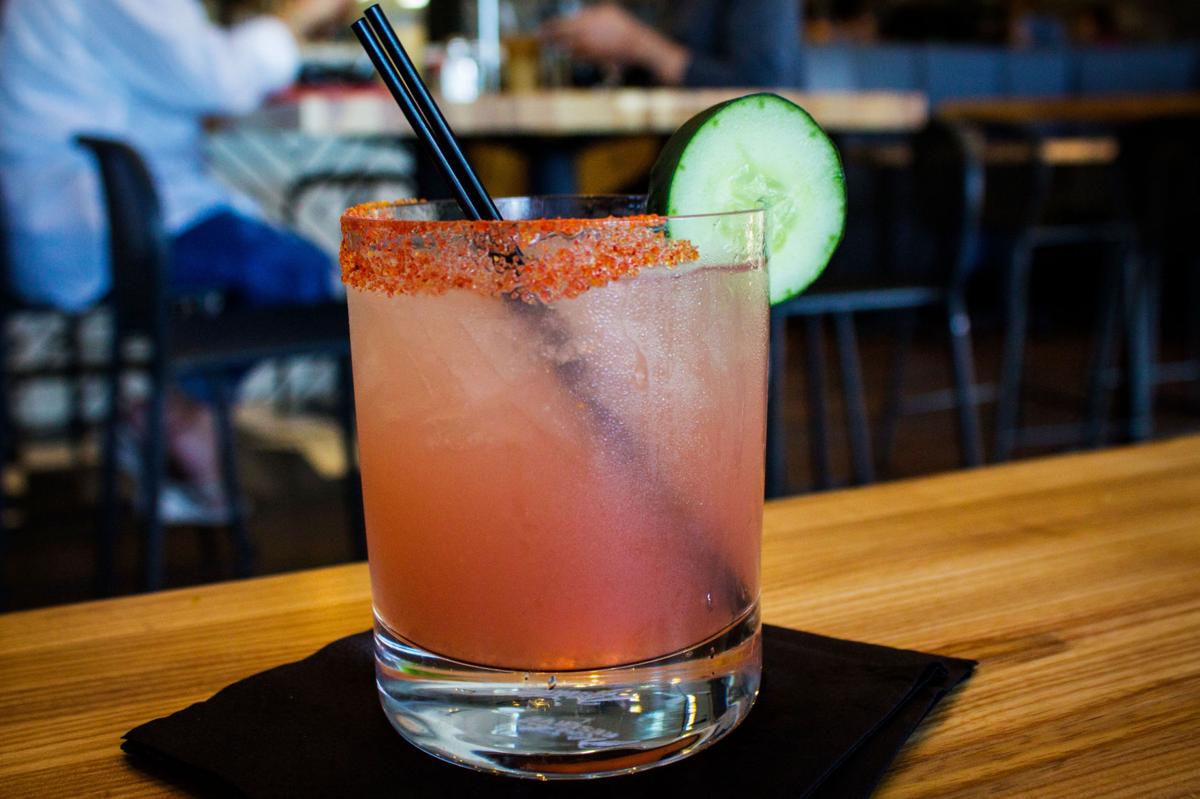 The watermelon marg was simple, but well-balanced at $8.

Northside peeps no longer have to trek over the westside for their Poc Chuc chicken. The trendy Mexican concept Seis Kitchen just opened its second location at River and Campbell this week, making it a full-fledged restaurant now.

The 3,287-square-foot space at Joesler Village looks brighter and airier than its previous iteration as the Italian restaurant Orenccios. FORS Architecture + Interiors did a nice job updating the aesthetic with striking geometric patterns on the booths. It's still a pretty casual vibe though, with counter service to keep the price down.

The food menu is the same: tacos and quesadillas that draw from central Mexican and Yucatán flavors. We shared a plate of Baja crispy fish tacos, $11.50, and the achiote-chicken Poc Chuc quesadilla, $9.50, on the first day. Any opening day kinks had already seemed to be worked out, and the quality was just as good as the original Mercado San Agustín location.

But more importantly. The new spot has a full bar.

We fell in love with original location's housemade coffee horchata, so this choice was a no-brainer. Introducing, the Seis-Chata! It's pretty simple really, just the housemade horchata with Bacardi white rum and a dash of cinnamon. But wow, this blows that RumChata stuff out of the water. So rich and smooth, with just a little dark sugar taste from the rum.

We also tried this watermelon margarita, with Sauza silver tequila, fresh watermelon juice and a spicy Tajin rim. "Tastes like Mexican candy," my lunch partner Samantha said. But the watermelon kept it light and fresh, not too sugary. PS: We didn't try one, but they also have micheladas. 🔥🔥🔥

These Tucson chefs are hanging out, pushing boundaries, doing weird stuff with pork

They're called GUT, and they like to cook with pork. It's educational!

Habit Burger has been called the "best in America." Now it's coming to Tucson

Here's what to order when Culinary Dropout opens today

If you live in Tucson, your Instagram feed has probably been dominated with people playing cornhole. That's 'cause everyone was at the soft op…