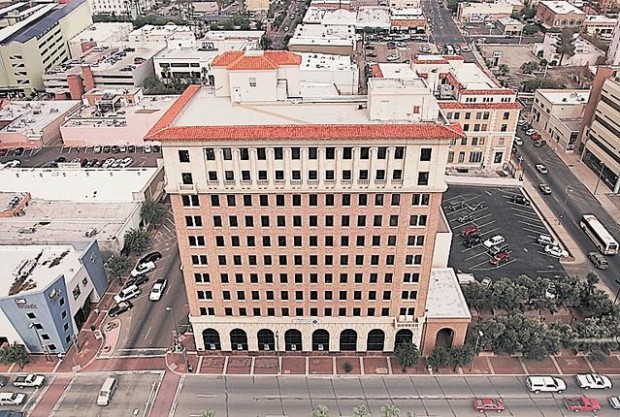 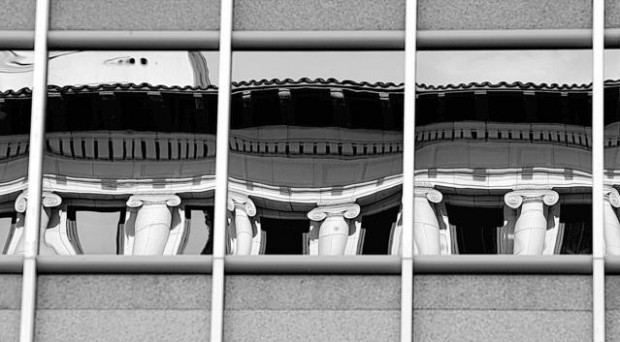 A historic Downtown office building owned by banks for decades has been sold to two local property investors.

The Chase Bank building, built in 1929, was purchased by Rob Caylor, owner of Caylor Construction Co., and apartment investor Art Wadlund for $5.5 million, said broker Buzz Isaacson. The deal — a bargain, according to local brokers — closed Friday, he said.

Seller Chase took over the 10-story tower at 2 E. Congress St. — known as Tucson's first skyscraper — in 2005 when it merged with previous owner Bank One. Before that, it was owned by Valley National Bank and Consolidated National Bank.

Chase Bank plans to continue to operate in the building on a long-term lease, said spokeswoman Mary Jane Rogers. The building in Tucson is one of many properties that have been sold and leased back by Chase, including the Chase Tower at 201 N. Central Ave. in Phoenix, Rogers said.

"Across the country, Chase has been looking at ways to focus less on managing real estate assets and more on banking services," she said.

The Tucson building is known for its ornate styling, including marble columns, a grand staircase in the interior and intricate detailing on the ceiling, Isaacson said.

"It's just breathtaking," he said.

Though the building might have been high-end in the 1930s, its recent sale price fell on the low side for office space in Tucson, said two local commercial brokers.

Sales of Tucson-area office properties are averaging about $150 per square foot so far this year, with some going as high as $370 per square foot, said Don Ahee, research analyst for CB Richard Ellis.

The bank building has about 68,800 square feet, Isaacson said — making its price about $80 per square foot.

That price is "rock-bottom in today's market" even considering upgrades the building might need, said Rick Kleiner, a broker with Picor Commercial Real Estate Services.

Isaacson said the property attracted seven or eight potential buyers, most of them local investors he declined to identify. The bank reviewed each, he said.

"The bank was, in effect, picking its landlord," Isaacson said.

Chase occupies five floors, part of the basement and the mezzanine level of the building, Isaacson said. The only other occupant is the Lawrence Schiever accounting firm, which has been leasing space there since at least the 1970s, Isaacson said.

The buyers are planning to make some infrastructure upgrades to the building, and are in the process of negotiating leases with law firms and other professional businesses, he said.

Caylor and Wadlund were traveling and not available for comment Thursday, according to their assistants. Wadlund is a partner in property investment firm Hendricks & Partners.

Isaacson said the buyers were proud to be chosen to purchase the property, and plan to own it for years to come.

"They are very enthusiastic about Downtown and they love the building," Isaacson said.

• The building at 2 E. Congress St. was first occupied by Consolidated National Bank on Oct. 10, 1929, according to the Arizona Historical Society. It was turned over to Valley National Bank in 1935 and to Bank One in 1993. It become the Chase Bank building when Chase completed its merger with Bank One in 2005.

• A bank-robbery scene in the 1980 movie "Stir Crazy," starring Gene Wilder and Richard Pryor was filmed at the building, according to the Web site for the Tucson Film Office.

Alorica said the company is exempt from stay-at-home orders because it handles calls for several "critical industries."

Tucson restaurants were forced to close their dining rooms to slow the spread of COVID-19, but many are trying to keep paying their employees …

Refinancing on the rise in Tucson, US, as homeowners scramble to survive coronavirus outbreak

With interest rates at historic lows and recent increases in Tucson home values, many jittery homeowners impacted by the coronavirus outbreak are looking to refinance to get their hands on cash. Experts sound off on whether that's the right move.

Several Tucson restaurants are temporarily closing to ride out the deadly pandemic.

The pharmacy is selling four-ounce bottles of FDA-approved hand sanitizer to the public. Sanitizer is also being donated to first-responders.