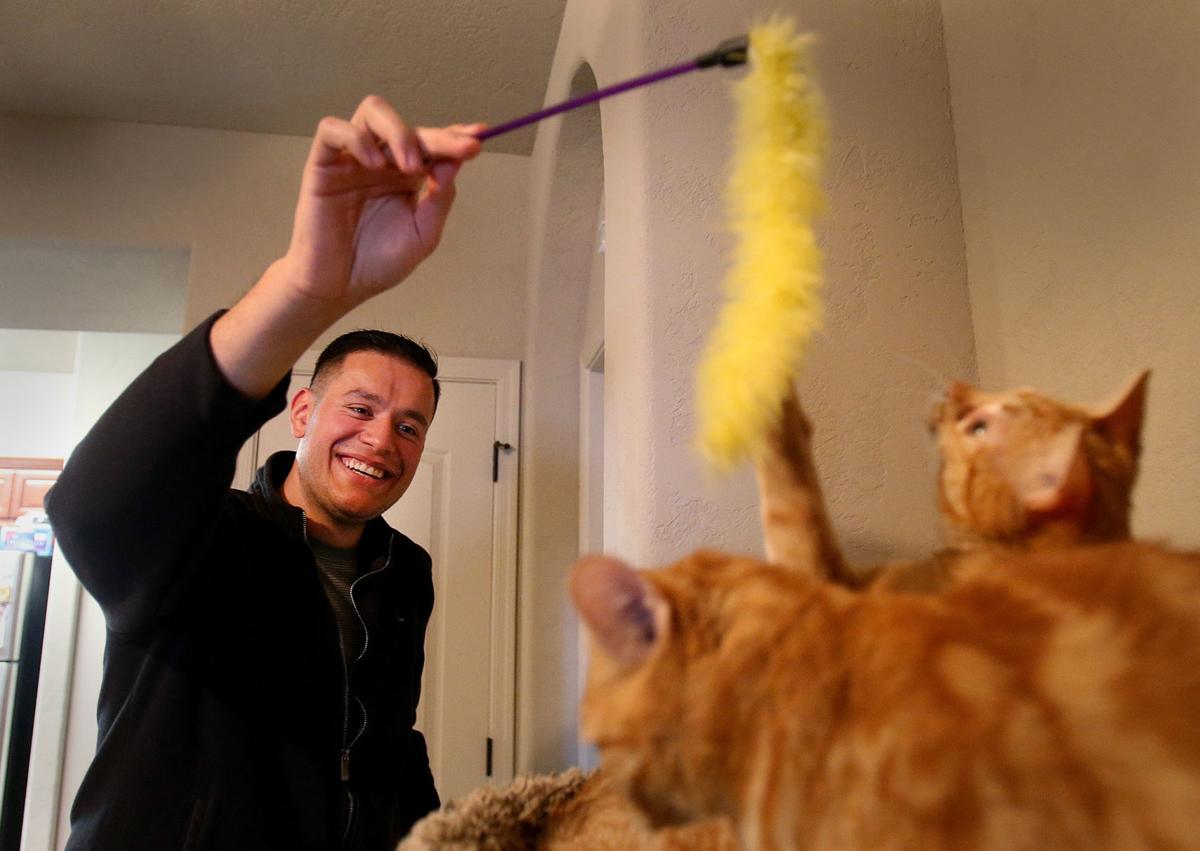 Albert Alan, playing with his cats at his apartment, will receive the Robert Logan Nugent Award for exceptional achievement at Friday’s commencement. “The University of Arizona saved my life,” says the formerly homeless Alan. 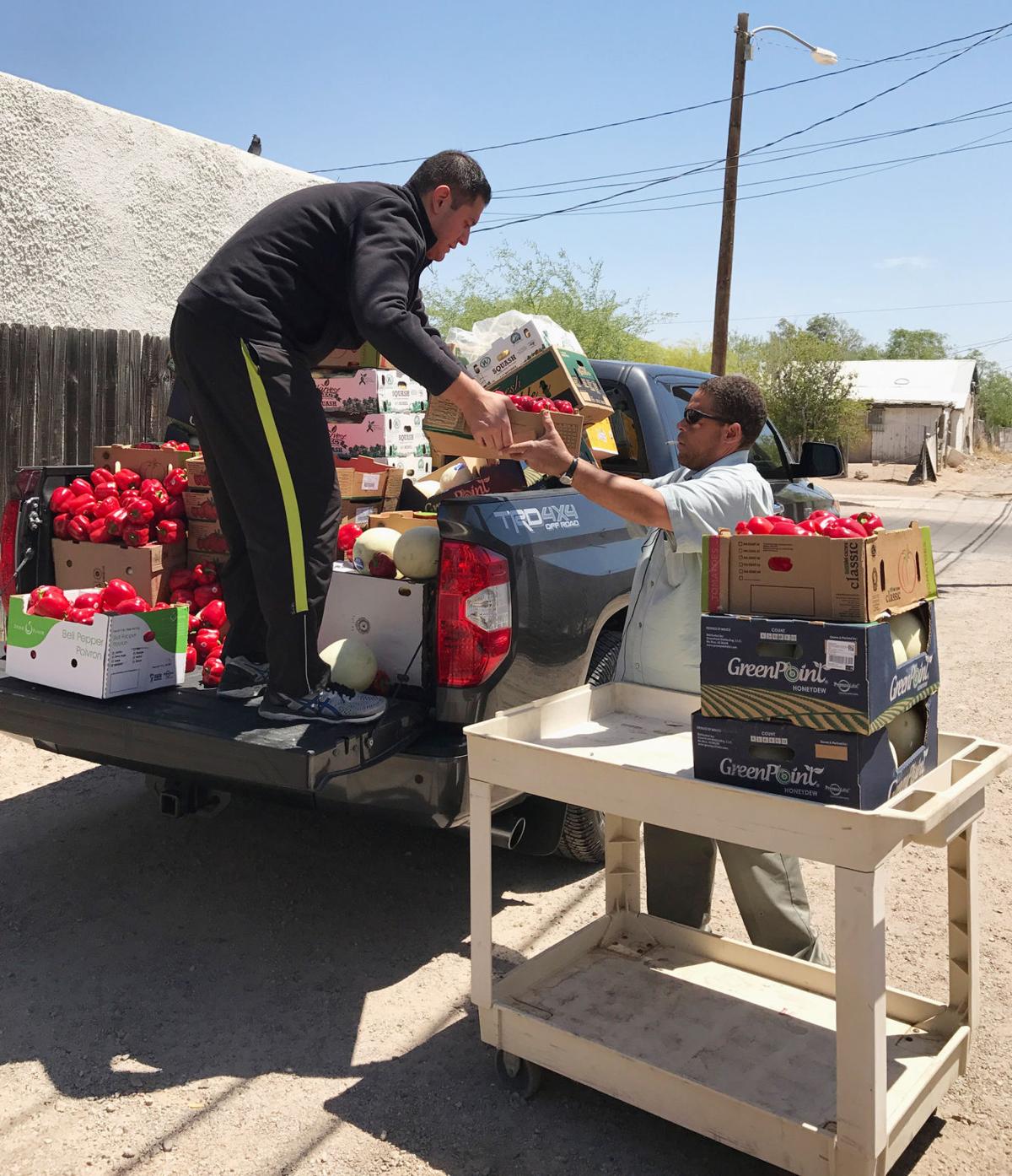 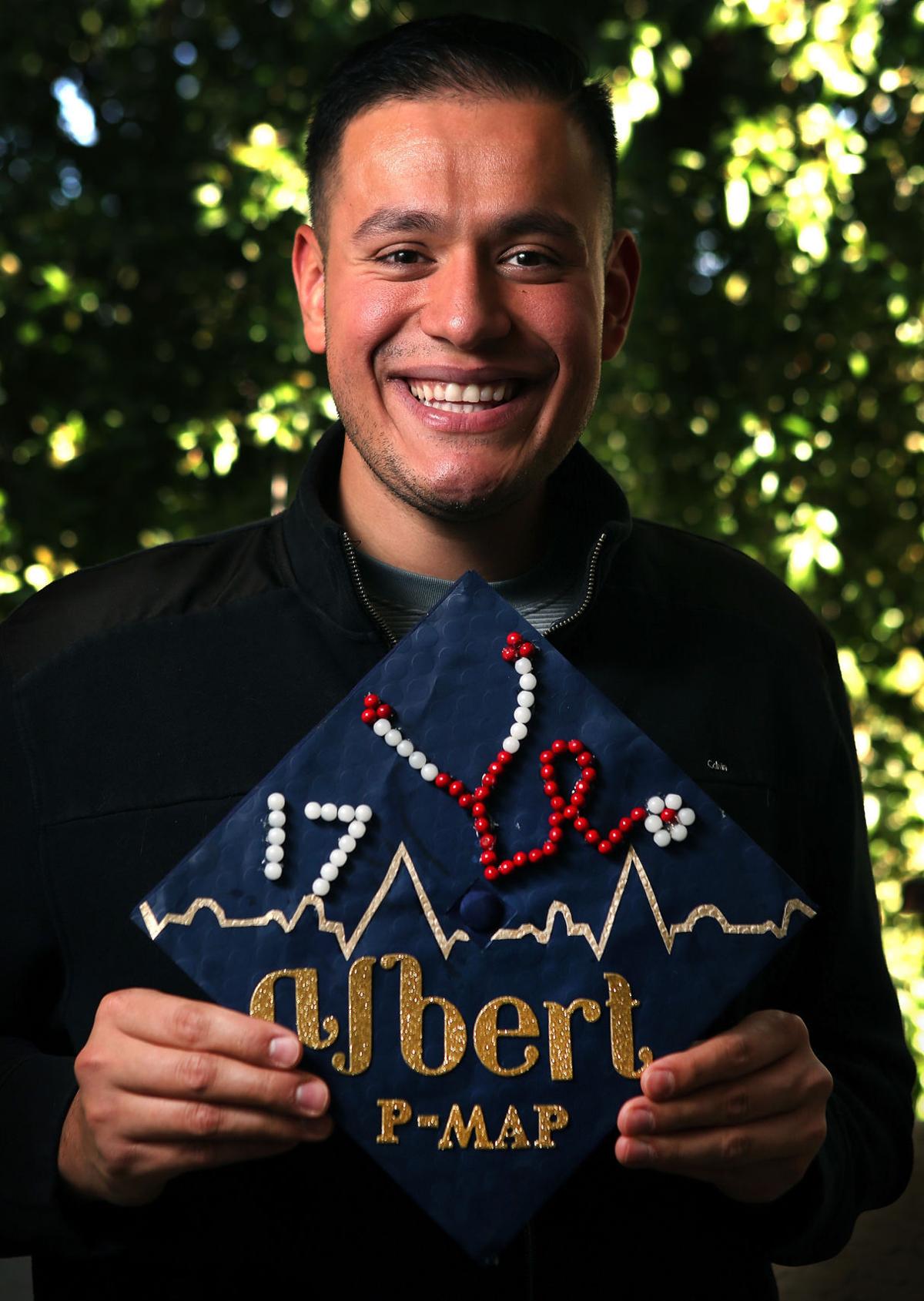 Albert Alan, 24, posing with his decorated mortarboard, will graduate from the UA with bachelor’s degrees in physiology, sociology, and neuroscience and cognitive science.

The days of scrounging food from trash cans are over for award-winning University of Arizona graduate Albert Alan.

On Friday, May 12, the formerly homeless man will dine on haute cuisine with the UA’s president before collecting three undergraduate degrees he earned against the odds.

And on Monday, he starts classes at the UA medical school, where he hopes to become a physician who specializes in caring for Tucson’s street people.

“The University of Arizona saved my life,” says Alan, 24, a Tempe native who was fresh from the streets when he started his studies in 2011.

“I had heard that the UA was like a big family, and it’s true. The people here have become my family.”

Alan will be recognized as one of the school’s top graduates at the UA’s 153rd commencement Friday, May 12.

He is due to receive a Robert Logan Nugent Award for exceptional achievement, receiving bachelor’s degrees he earned simultaneously in physiology, sociology, and neuroscience and cognitive science.

Former astronaut and NASA administrator Charles F. Bolden Jr. will give the commencement speech at Arizona Stadium. Nearly 4,000 students and 40,000 guests are expected to attend.

Alan still remembers the quizzical looks from fellow freshmen when he showed up on campus in ill-fitting thrift-store duds, sporting a bad haircut he gave himself with an $8 clipper from Walmart because he couldn’t afford a barber.

“There I was, surrounded by rich kids from California wearing Lululemon designer brands,” he recalls. “I don’t think they knew what to make of me.”

Eventually, he won over his peers with brainpower, tutoring hundreds of classmates for free in such complex subjects as organic chemistry, cellular neurophysiology and molecular and cellular biology of neurons.

Alan’s journey has given him a granular view of how people end up homeless and how it can affect them.

He says he took to the streets as a teenager to escape an abusive home life. He survived for three years by sleeping on the ground outside a library, showering in his high school gym, eating leftovers from the school cafeteria and washing his clothes under an outdoor spigot at a 7-Eleven store.

“I guess you could say being homeless made me a problem solver,” he says with a wry chuckle.

Humor became a coping mechanism when he was beaten up and bullied. At his worst, he battled thoughts of suicide.

“I’m not ashamed to say it: There were times I thought about ending my life,” he says, noting that depression is widespread among those on the streets.

When the manager of a Taco Bell on campus saw him digging in a dumpster one night, he started leaving out care packages of beans and tortillas by the restaurant’s back door, Alan recalls.

More recently, one of Alan’s UA academic advisers, Luis Vega, bought him a cap and gown for commencement because he couldn’t afford them, he says.

Alan’s story, and his plans for the future, have won him fans around the city, from UA President Ann Weaver Hart, who calls him “an inspiration,” to the residents of Gospel Rescue Mission’s homeless men’s shelter, where Alan volunteers delivering donated produce to the kitchen.

“The guys love to see him coming. When they see his truck, they rush out to meet him,” says John Jones, the shelter’s kitchen supervisor.

“He doesn’t hide that he was homeless, and when he shares his story, it comes from the heart,” says Jones.

“It’s great to know that someone who came from where he comes from is doing what he’s doing.

“To me, it’s like God is shining through him.”

What: University of Arizona's 153rd commencement.

Free textbook use growing at University of Arizona, Pima College

A typical college student now spends about $1,200 a year for textbooks, research shows.

New University of Arizona president to get $988K pay package

Contract for Dr. Robert C. Robbins is due to be approved on Friday.

Elias and Luisa Molina opened Molina's Midway Mexican Food in Tucson in 1953. After 64 years in business the family owned restaurant will clos…

The repurposed parking meters will allow residents to drop in money or swipe credit cards to donate to homeless assistance programs.

Letter: Re: the May 12. article “Once homeless man to receive 3 degrees at Friday's UA commencement”

As a citizen concerned about American focus on raw talent and "smarts" as the source of success, I find the portrayal of Mr. Alan undermining …

A combined 5,796 degrees and certificates were awarded at Thursday's ceremony.

This Desert View senior taught herself English, persisted and blossomed

Kathleen Armenta has drawn strength from hardships and persevered.

UA announces plans for a network of satellite sites from Mexico to the Middle and Far East.

Albert Alan, playing with his cats at his apartment, will receive the Robert Logan Nugent Award for exceptional achievement at Friday’s commencement. “The University of Arizona saved my life,” says the formerly homeless Alan.

Albert Alan, 24, posing with his decorated mortarboard, will graduate from the UA with bachelor’s degrees in physiology, sociology, and neuroscience and cognitive science.