If the OSIRIS-REx spacecraft had not fired its thrusters when it did Oct. 20, 2020, Bennu might have swallowed it whole.

The surface of the asteroid was nothing at all like scientists expected it to be when the University of Arizona-led mission swooped in to collect samples from it.

They were prepared for the spacecraft’s sampling arm to touch down like “a pogo stick bouncing off a gravel road,” but the experience was more like “punching a ball pit,” according to a news release from the university.

“It turns out that the particles making up Bennu’s exterior are so loosely packed and lightly bound to each other that they act more like a fluid than a solid,” said Dante Lauretta, a UA Regents Professor of planetary sciences and the mission’s principal investigator, in the release.

The surprise findings about the asteroid’s composition and how it nearly derailed NASA’s historic, $1.1 billion sampling mission are detailed in a pair of papers just published in the journals Science and Science Advances — one lead-authored by Lauretta and the other by Kevin Walsh, a member of the OSIRIS-REx science team with Southwest Research Institute in Boulder, Colorado.

The unmanned spacecraft was only in contact with Bennu for about six seconds, but the surface gave way so easily that the sampling arm quickly sank a foot and a half into it.

Had the thrusters not fired when they did to push away from the asteroid, the whole craft could have disappeared into the loose pile of rubble dating back 4.5 billion years to the formation of the solar system.

OSIRIS-REx was able to back away safely, but it left behind a much larger scar than expected.

“Every time we tested the sample pickup procedure in the lab, we barely made a divot,” Lauretta said, but close-up images of the real thing showed “a huge wall of debris radiating out from the sample site.”

Images taken during a subsequent fly-by of Bennu in April 2021 revealed that the spacecraft’s gentle tap on the surface had tossed boulders aside and left a crater 26 feet wide.

OSIRIS-REx is now on its way home with its precious cargo of dust and pebbles known as regolith.

The probe the size of a passenger van is slated to swoop past Earth on Sept. 24, 2023, and sling its sample return capsule into the atmosphere to land in the Utah Test and Training Range west of Salt Lake City.

The spacecraft will then set out on a $200 million bonus mission, approved by NASA earlier this year, to study a second asteroid called Apophis, which is expected to pass close enough to Earth on April 13, 2029, to be visible with the naked eye from parts of Europe and Africa.

The UA’s Lunar and Planetary Laboratory will oversee both the mission to Apophis and the upcoming collection and processing of the samples from Bennu.

OSIRIS is scheduled to spend 18 months studying Apophis in detail, including a maneuver that will steer the spacecraft close enough to stir the asteroid’s surface with its thrusters, revealing whatever material lies beneath.

Based on what happened on Bennu, a little bit of stirring could go a long way.

Collection: Read more on U of A research

Magnifying glass on Mars in hands of researcher from Tucson institute

Like any good geologist, R. Aileen Yingst has a trusty hand lens she uses to get a closer look at specimens in the field. Her lens just happens to be stuck on Mars.

NASA's Webb Space Telescope has successfully powered up its instruments and will soon start calibrating its mirror with help from University of Arizona researchers.

For Star subscribers: Tucson's Planetary Science Institute at 50: From four young researchers to a worldwide team of more than 100 scientists that's one of the largest firms of its kind.

For Star subscribers: Kitt Peak National Observatory and the road to it remain closed to the public three weeks after the Contreras Fire threatened the  telescopes. It could take several more weeks to restore power and resume science operations.

For Star subscribers: A study with a Tucson tie details a newly discovered asteroid impact crater beneath the bottom of the Atlantic Ocean.

Recent asteroid missions can be traced back to Tucson

For Star subscribers: Researchers from the University of Arizona and the Tucson-based Planetary Science Institute are playing major roles in the recent wave of asteroid exploration.

For Star subscribers: As challenges mount, research continues on ancient footprints in White Sands that could rewrite the story of humanity in North America. 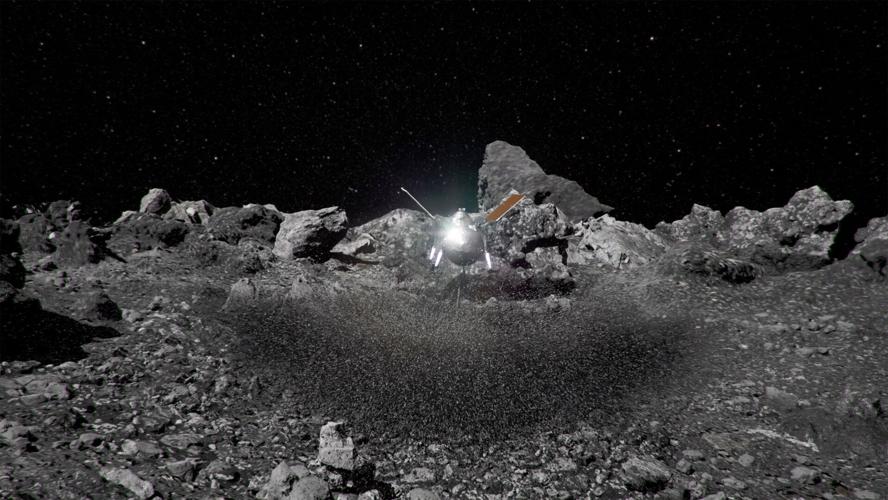 An artist’s rendering shows the OSIRIS-REx spacecraft sending up an unexpected cloud of rocks and debris during sample collection on asteroid Bennu on Oct. 20, 2020. 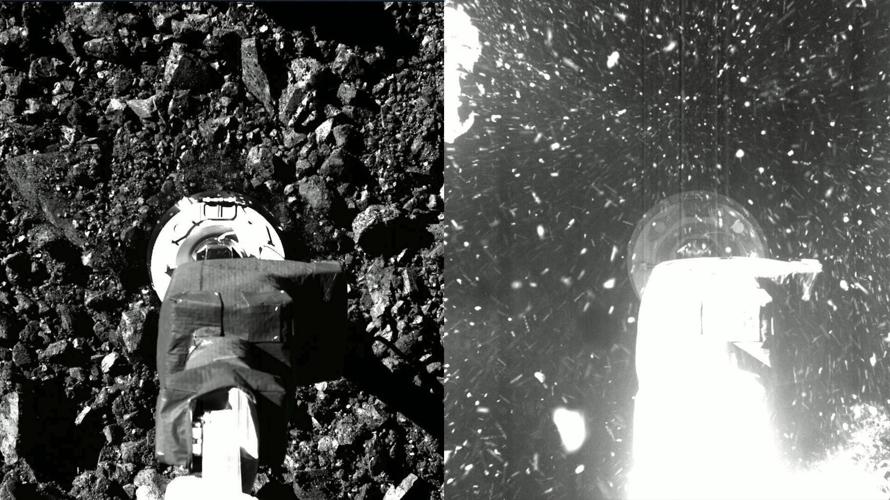 Side-by-side images taken on Oct. 20, 2020, from NASA's OSIRIS-REx spacecraft show the robotic sampling arm as it descended toward the surface of asteroid Bennu, left, and moments after it touched down, right, stirring up an unexpected burst of dust and rocks. 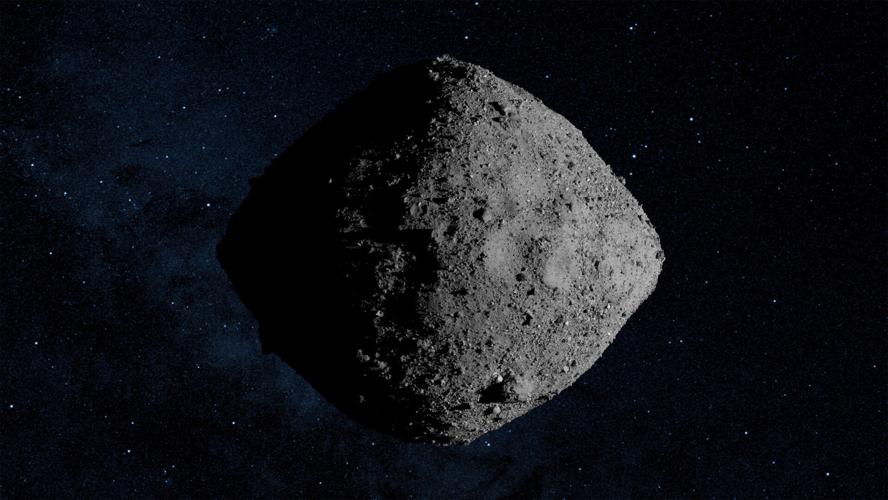 The new findings suggest that "rubble pile" asteroids like Bennu — barely held together by gravity or electrostatic force — could break apart in Earth’s atmosphere and thus pose a different type of hazard than solid asteroids.