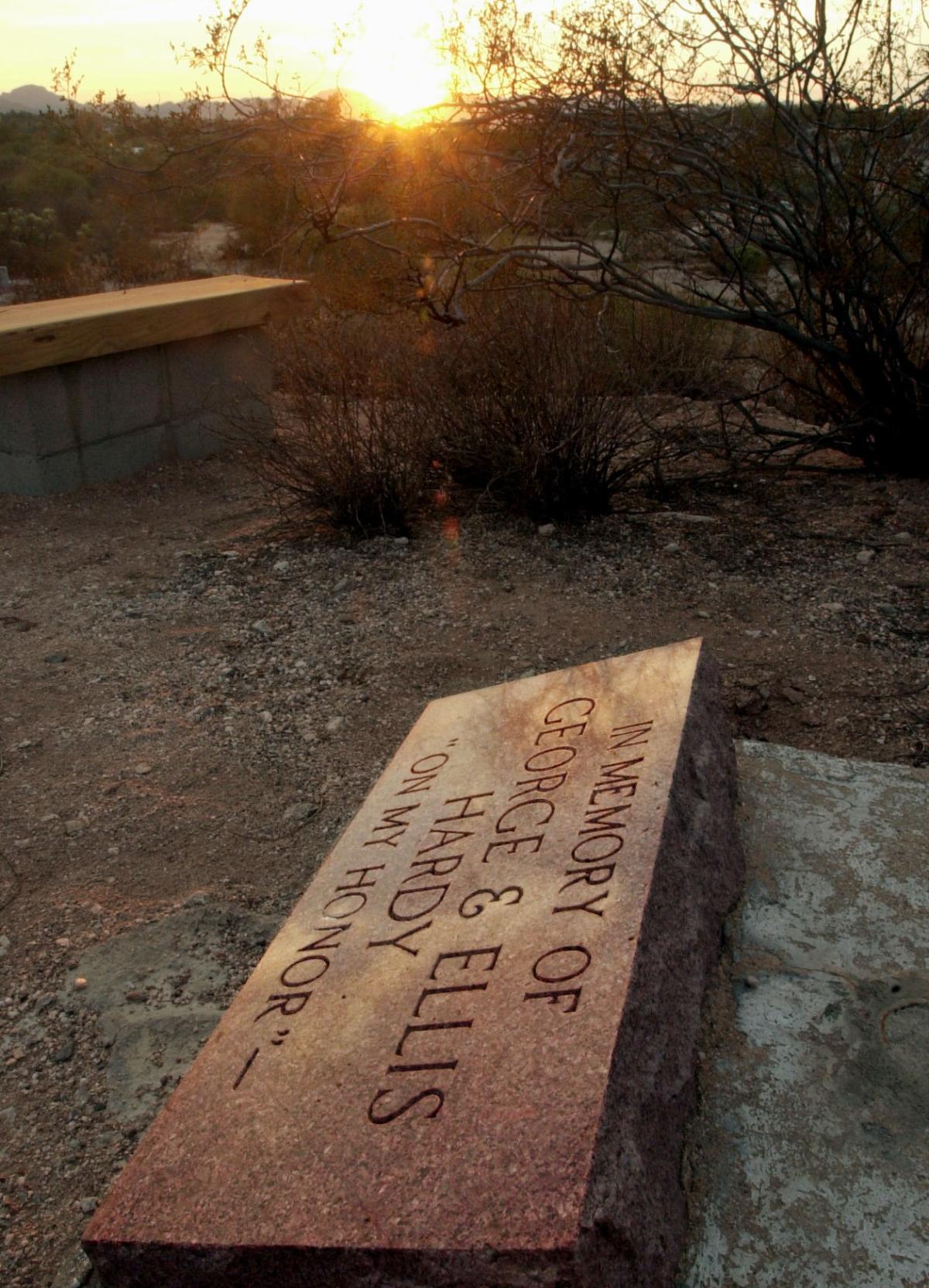 The headstone for the graves of brothers George and Ellis Hardy, who were killed during World War II and are buried side by side at Binghampton Cemetery in Tucson. 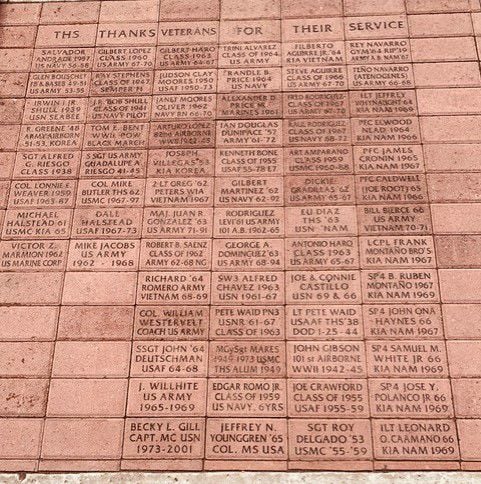 A part of the engraved-brick walkway at Tucson High School’s Hall of Champions honors veterans who attended the school. 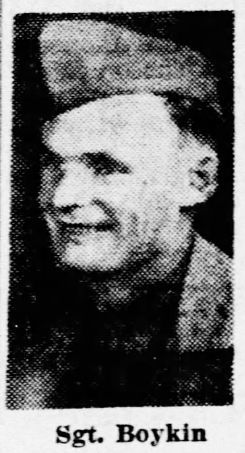 At well over 100 years old, Tucson High Magnet School is rich in tradition.

Known for its robust student body, athletics and performing arts programs, one group is now working to put the spotlight on the contributions of 142 alumni who were killed while serving in World War II.

The Badger Foundation, a philanthropic organization that provides scholarships for Tucson High graduates and supports the high school, is spearheading the project.

Jerry Strutz, chairman of the Badger Foundation, said it was time to honor the sacrifices of the 142 men.

The plan is to honor each of the fallen service members in a special section of the Badgers’ Hall of Champions, a brick walkway with approximately 2,300 bricks. Currently about 600 of them are engraved.

The list of honorees in this project includes several sets of brothers who died in the war, like Pharmacy Mate Third Class John Ellis Hardy, 21, and his younger brother, Pfc. George Albert Hardy, 19. The younger Hardy enlisted after the death of his brother.

George Hardy’s obituary indicated he was survived by his parents, seven sisters and three brothers.

There was Sgt. William H. Boykin, who was only 22 when he was killed in action in the Philippines. Not long before his death, he had visited an Australian photographer with another soldier from New York, Delmo Franchi. The photographer was asked to send the photos to the men’s parents, but he switched the pictures. Before the mix-up was fixed, both men had died.

Capt. Richard Carlisle graduated from Tucson High School and went to the University of Arizona and was active in the ROTC. He was promoted to captain in July 1942 and was reported missing in action after an operational flight over enemy lines from Cairo on Aug. 23, 1942.

Seventeen-year-old James Randolph Van Horn was the sole Tucsonan who died aboard the USS Arizona during the Japanese attack on Pearl Harbor in 1941.

There is another Van Horn on the list: James Byron Van Horn. They are not believed to be related.

Lt. Peter Hamlin Waid was married to Prudence Myrland in August 1942. He died in January 1944, and his son, Peter, was born the following May in New York.

Peter Hamlin Waid II talked about his father recently, recalling that his father was adopted by a Wall Street lawyer. The elder Waid had allergies and problems breathing, so he was sent to Tucson to the Fenster Ranch School. He then went to Tucson High and the University of Arizona before joining the Army Air Corps. He died in an airplane crash during a World War II training exercise in Lubbock, Texas.

The younger Waid said he and his mother came back to Tucson when he was 3 months old. They lived with his great-grandmother, his grandmother and two tenants in a two-bedroom, one-bath house and a converted garage. Times were tight and even harder for a recent widow with a new baby.

“I don’t think my mother ever recovered from his death,” Waid said.

The younger Waid joined the U.S. Navy. He said he has a grandson who looks identical to the elder Peter Waid.

In an effort to honor these men and others who died in World War II, the Badger Foundation is accepting donations toward 142 engraved bricks to be placed in the Hall of Champions.

In a second phase, the foundation would like to include bricks for any alumni who served in the war. There is also a section for military veteran alums, living or dead.

Bricks are available for a $150 donation to the foundation.

Money from the sale of the bricks will go to the Badger Foundation Endowment Fund. The interest from that fund last year supplied the $22,000 in scholarships given by the foundation.

Donate to the Badger Foundation

For information on donating to the project, call or email Jerry Strutz at 390-9911 or jstrutz1@cox.net for information.

The Arizona Daily Star would like to hear from the relatives of these heroes. Do you have a photo you can share? We'll create a gallery of photos and stories from our readers.

Email Johanna Eubank at jeubank@tucson.com with Badger Foundation Project in the subject line.

Pam Kragt has attended a Memorial Day service at a veterans cemetery in the Midwest every year for as long as she can remember.

If you're starting to ease your way into the world again now that Arizona's stay-at-home order has been lifted, fishing may bring that sense of normalcy you've been craving.

The Badger Foundation has made tremendous progress in its drive to have bricks placed on its Hall of Champions for each Tucson High alumnus who died while serving during World War II.

The headstone for the graves of brothers George and Ellis Hardy, who were killed during World War II and are buried side by side at Binghampton Cemetery in Tucson.

A part of the engraved-brick walkway at Tucson High School’s Hall of Champions honors veterans who attended the school.