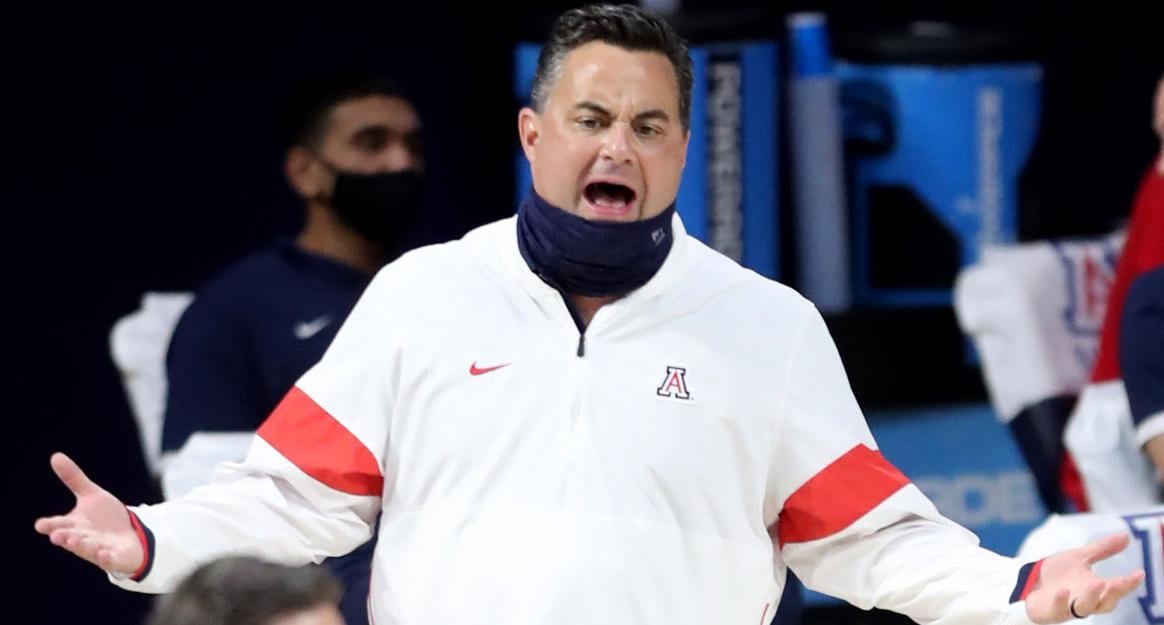 Sean Miller’s contract, which runs through the end of next season, is the elephant in the room. 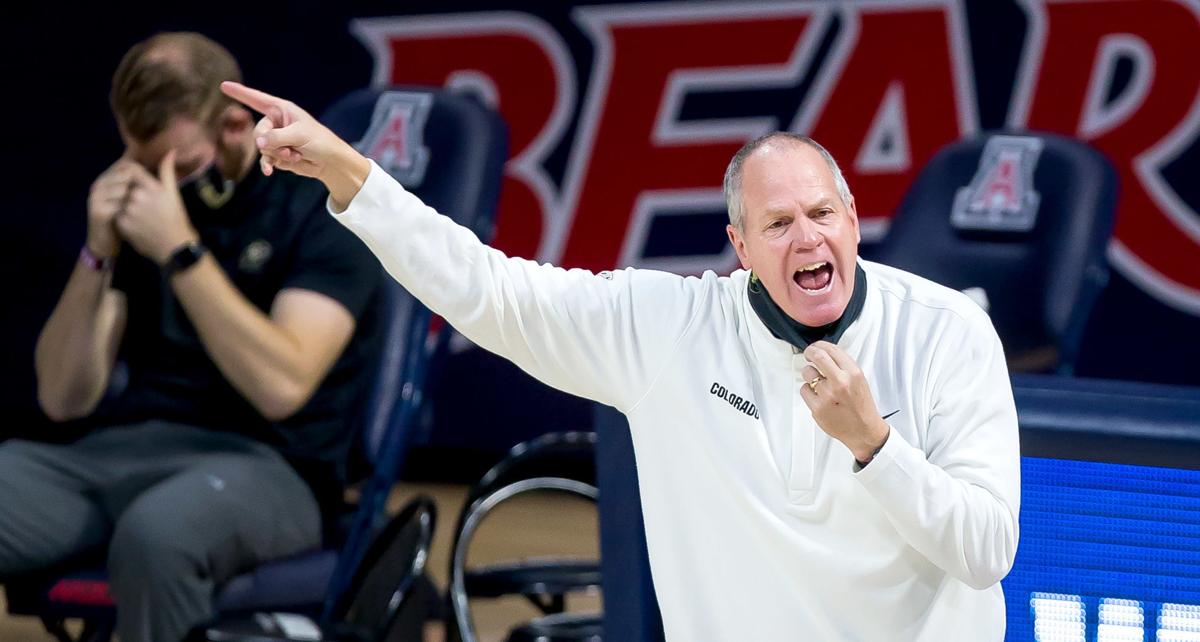 Colorado coach Tad Boyle was once viewed as one of the Pac-12’s top young coaches.

Boyle’s Buffaloes have won a single NCAA Tournament game in 10 years and have never finished a season ranked in the AP Top 25.

Miller’s Wildcats will now go through a fourth successive season without winning an NCAA Tournament game, which is unthinkable given the platform he inherited in 2009.

In this case, unthinkable equals unacceptable.

College basketball’s rising coaches of the last decade have not been Boyle and Miller, but Villanova’s Jay Wright, Virginia’s Tony Bennett and Oregon’s Dana Altman. Boyle has parked his team into that “just a bit above average” zone — just good enough to win some rousing home games, just good enough to keep your job.

Miller? His program is parked in the penalty box, leading the school and its attorneys to deploy a page from the Crisis Management 101 manual.

On Tuesday, the UA announced it will self-impose a one-year postseason ban, which is code for “you don’t self-impose penalties unless you know you’re going to get hit by a greater authority,” which in this case is the relatively new Independent Accountability Resolution Process.

Unless you believe in the Easter Bunny, the UA’s decision to self-penalize is not going to outsmart the IARP or the NCAA and put an end to the 3½-year-old FBI and then NCAA investigations into the school’s basketball team. Remember this: According to the NCAA rulebook, a Level 1 violation can result in a postseason ban of up to four years.

Because there has been no transparency from the UA — it has not addressed unsourced national reports that Arizona has been charged with up to five Level 1 violations — it’s unrealistic to think the program will skate with nothing more than a stained reputation and an almost meaningless ban from the 2021 postseason.

Even the long-bungling NCAA isn’t that gullible.

By waiting until a day after it performed like an NCAA Tournament team for the first time this season, it may look like the Wildcats are willing to sacrifice something of potential lasting value.

But in effect, there has never been a better time to self-impose penalties.

The 2021 NCAA Tournament, as with the current football bowl season, will likely be diminished and forgotten, with teams stuck in a bubble somewhere in Indiana. Perhaps it will be reduced to, say, 32 teams. In any sense, it’s going to be known as The Asterisk Season.

It wouldn’t be much of a shock if a few Pac-12 basketball teams are shut down and quarantined for extended periods, meaning some teams might play 20 league games, others maybe 12 or 14. Duke’s women’s basketball team has already shut down for the season.

What’s more, this season is a freebie for the players. All will retain a season of eligibility for 2021-22. So Arizona’s three seniors — Ira Lee, Terrell Brown and Matt Weyand — get a do-over, if they wish. Not only that, Arizona was able to complete its fall recruiting session without penalty or limitation.

So what is Arizona really giving up?

Postseason bans for bubble teams are wrist-slaps. A lot of times it means you avoid coming up short in the NCAA Tournament, losing to Buffalo or Xavier and really damaging your reputation. It’s not like taking yourself out of a potential Rose Bowl berth.

If you’re serious about atoning for misdeeds, you suspend the coach for 20 games, or pledge to limit your scholarship roster from 13 to 10 for a season, or work with “only” two full-time assistant coaches for a year.

It did not say he supported Miller, whose contract expires on May 30, 2022. Every other coach in Pac-12 men’s basketball has a contract that runs through the 2023 season, minimum. The coaches of Arizona’s three biggest rivals — Altman (2026), UCLA’s Mick Cronin (2025) and ASU’s Bobby Hurley (2024) — recently signed new contracts.

Miller’s contract situation is the elephant in the room. This investigation won’t be complete until he is either given a contract extension or simply walks away in about 15 months.

Until then, there can be no end to the predicament facing Arizona’s basketball program.

Arizona's Tara Manumaleuga talks about her shooter's touch, coming off the bench and her adjustment to college

Tara Manumaluega hopes to continue her hot streak Friday, when No. 6 Arizona hosts No. 1 Stanford.

The city gets a premiere national showcase at noon on New Year’s Eve, and that spotlight got a whole lot bigger when CBS chose to move the game from the CBS Sports Network to the flagship station, with no other bowl games opposite it.

DeAndre Ayton posts a double-double as Suns rip Pelicans by 25 points in Phoenix.

Game day essentials, from projected starting lineups to storylines and series history, ahead of the Arizona Wildcats' game against Washington on New Year's Eve.

Hunley, the UofA's first inductee in the College Football Hall of Fame, is the first official hire made by new head coach Jedd Fisch.

Seen and heard from the 2020 Arizona Bowl.

Sean Miller’s contract, which runs through the end of next season, is the elephant in the room.

Colorado coach Tad Boyle was once viewed as one of the Pac-12’s top young coaches.