Dear Mr. Football: If Washington coach Jimmy Lake had coached Arizona in its first six games, what do you think his record would be?

Believe it or not, Jedd Fisch was actually more qualified to be a Pac-12 head coach than Lake, who was hired to replace Chris Petersen at Washington two years ago.

The difference is that Fisch was (and still is) viewed as a rogue-type, outside-the-borders choice. Lake? He is seen as UW blood, old school.

A: Lake survived worse — 19 games. He was a defensive back coach for the 2008 Detroit Lions when they went 0-16. A year earlier, Lake was an assistant DBs coach in Tampa Bay, which lost its last three games. That’s 0-19.

Back with the Buccaneers in 2011, Lake and the entire staff was fired after they finished the season with an 0-10 collapse. Lake probably made the best move of his professional career after deciding to leave the NFL and accept an offer to coach on Petersen’s Boise State staff. Who did he replace? Marcel Yates, who left Boise to work for Kevin Sumlin at Texas A&M.

Small world, huh? Yates became Arizona’s defensive coordinator in 2016 before he was fired by Sumlin midway through the 2019 season.

Dear Mr. Football: How unusual is it for a Pac-12 football coach to get fired for reasons not tied to wins and losses?

A: When Washington State dismissed unvaccinated Nick Rolovich on Monday, it was only the fourth time in the Pac-10-12 years a coach had been fired for alleged misconduct. The not-so-Fab Four also includes:

ASU legend Frank Kush was terminated after five games in 1979 for allegedly punching punter Kevin Rutledge in the face and then trying to cover it up. A messy lawsuit followed; after two years, Kush was found not liable in the case. No hard feelings: the school erected a statue of Kush and named its playing surface Frank Kush Field in 1996.

Washington’s 2001 Rose Bowl coach Rick Neuheisel was fired in the summer of 2003 for allegedly violating NCAA bylaws by taking part in a gambling pool (and winning $20,000) for the 2002 NCAA men’s basketball tournament. Neuheisel was later awarded $4.3 million after suing the school.

USC coach Steve Sarkisian was fired after five games in 2015 after it was alleged he was under the influence of alcohol at a school fundraising function. USC athletic director Pat Haden said “it’s clear to me Steve’s not healthy.’’

Dear Mr. Football: Could either Washington or Arizona win the Big Sky Conference this season?

A: Probably not. Washington lost to Montana in its season opener. The Grizzlies have since gone 3-2, losing to Sacramento State and Eastern Washington.

Arizona lost to NAU, but the Lumberjacks (3-3) have since lost to Northern Colorado. The Big Sky’s leading teams this year are 7-0 Eastern Washington, 6-1 Montana State and 6-1 UC Davis.

UA fans who insist the school’s losing streak cannot go beyond 26 games, sure it will end in next year’s Game 3 — a home game with North Dakota State — won’t be comforted to know that North Dakota State is 6-0, ranked No. 3 in the FCS poll, and has gone 51-1 in its last four full seasons (not counting the abbreviated 2020 schedule).

North Dakota State’s last game against a Power 5 school was a 23-21 victory at Iowa in 2016. No one said this would be easy.

A: All of the above — and especially a lack of scoring.

Even John Mackovic’s historically bad 2-10 team of 2003 — he was fired after five games, alternating three QBs who weren’t of FBS quality — averaged 15.1 per game. And when Mike Stoops arrived to clean up Mackovic’s mess in 2004, his first Arizona team averaged 14.9, which ranked 119th of 120 FBS teams.

Arizona’s current scoring average is now ranked No. 129 of 130 FBS teams. That ties for last with New Mexico (2-5), which is also averaging 14 points per game.

How times change: 100 years ago next month, Arizona beat New Mexico Military Institute 110-0 in Tucson. It led to a 7-2 season, capped by the UA’s first bowl game, which so impressed university leaders that they began initial plans to build what is now Arizona Stadium.

But fans of 1921 weren’t thrilled by a Wildcat team scoring 110 points. A Tucson Citizen editorial reported on the game this way:

“Every fan who attended the vaudeville show on the University football field Thursday was thoroughly disgusted — and they have a right to be.’’

I suspect a 110-0 Arizona victory over Washington — or even 10-0 — would be viewed through a happier lens.

A: Don’t forget that Washington went 0-12 in 2008. Hard to believe. Former Stanford Rose Bowl coach Tyrone Willingham was fired. The ’08 Huskies averaged 13.2 points per game, which is fewer than the Wildcats average now.

The Huskies fixed what seemed to be unfixable and in record time.

But the ’08 Huskies had a sophomore QB, Jake Locker, on the roster. Over the next two years, Locker threw for 5,065 yards with 38 touchdowns, leading a stunning victory over No. 3 USC in 2009, and became the No. 8 overall pick in the NFL Draft.

If Arizona has a young Jake Locker on its bench, now would be a good time to turn him loose.

Steve Spurrier explains to the Wildcats — who are seeking to end their 18-game losing streak — what it took to win at Duke back in the day.

Pac-12 picks: Forget the high-profile games; it's Utah-Oregon State that matters most

If the Utes win out, they take the South. If the Beavers run the table, they win the North. You can find the game on the Pac-12 Networks at 4:30 p.m., opposite USC-Notre Dame.

Joiner is expected to see a larger share of snaps as a dual-threat option at quarterback going forward with starter Will Plummer left as the only healthy scholarship QB on Arizona's roster.

Field Pass: Everything you need to know about Friday's Arizona-Washington game

Check out Friday's depth charts and matchups, and see who reporter Michael Lev thinks will win when the Wildcats take on the Huskies at Arizona Stadium.

The Star’s Michael Lev presents five storylines of interest as the Arizona Wildcats host Washington on Friday night at Arizona Stadium. Kickoff is slated for 7:30 p.m. The game will air on ESPN2.

Hear what Arizona head coach Jedd Fisch said leading up to the Wildcats' Friday night contest against Washington in Tucson.

The 43-year-old Jenkins joined the Star’s Justin Spears earlier this week to discuss returning to Tucson, playing both basketball and football in college and, of course, his famous leap. 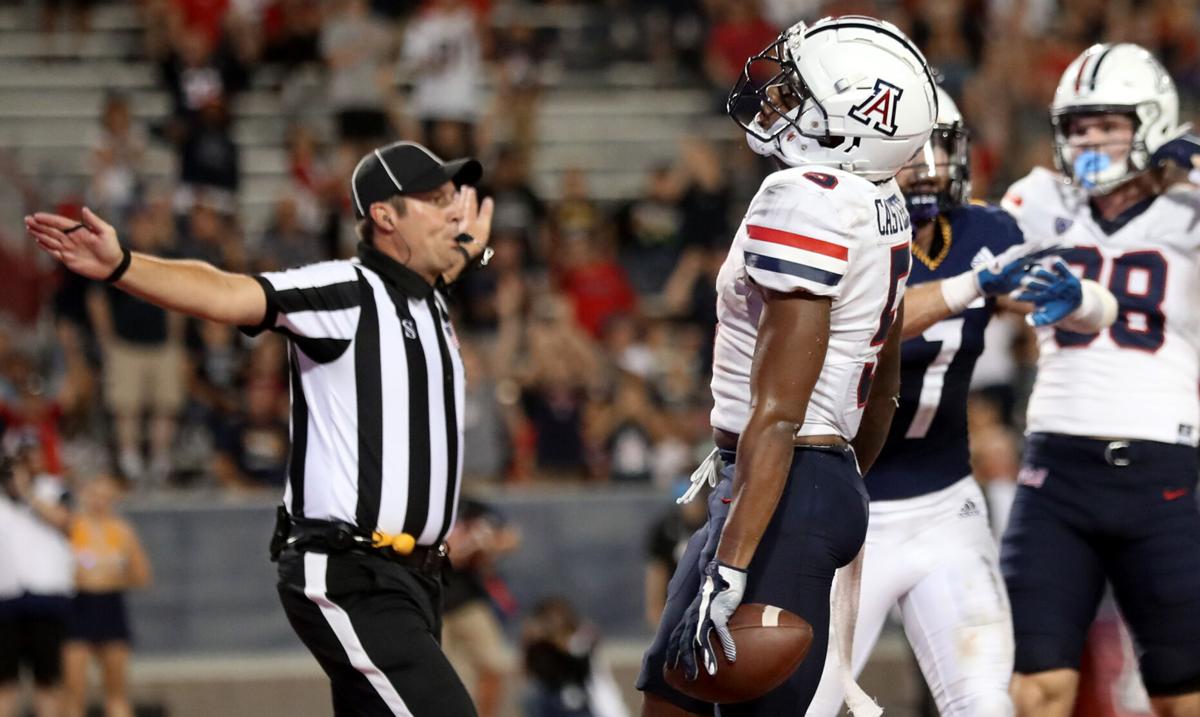 Arizona is averaging just 14 points per game this season, an 0-6 start that includes a loss to FCS Northern Arizona. 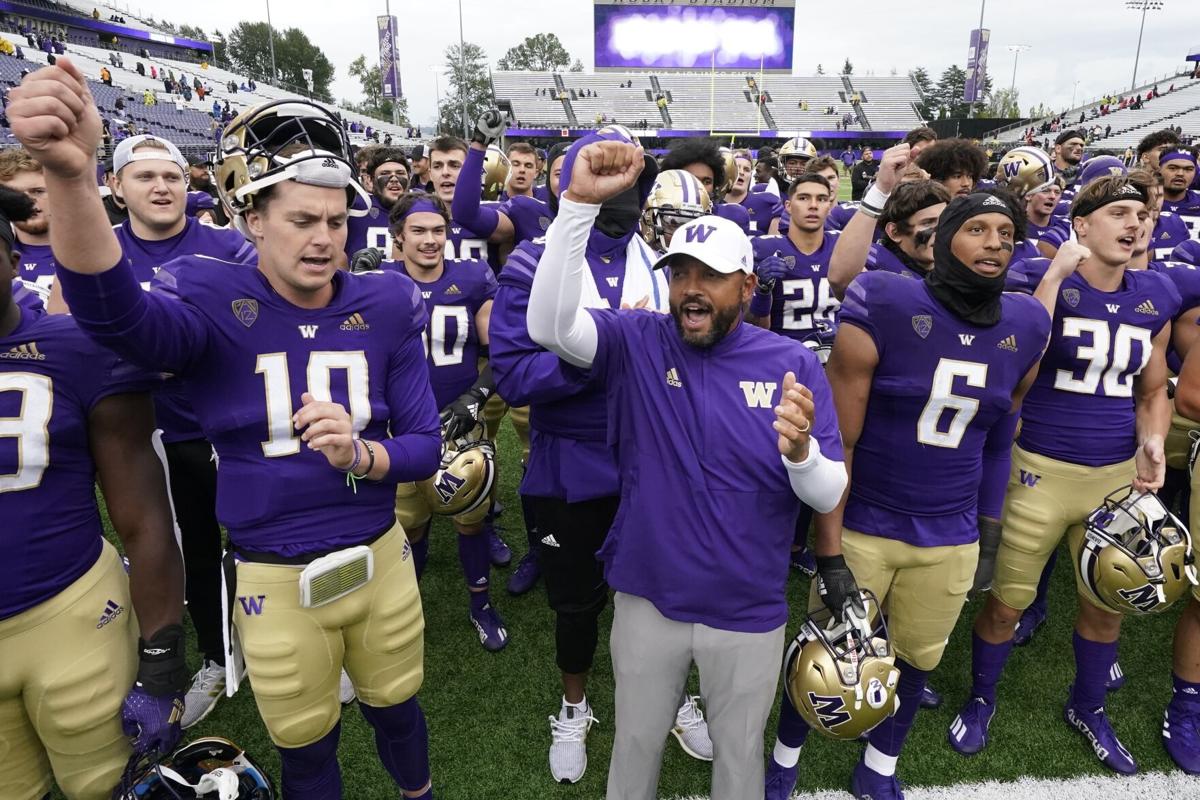