PHOENIX — A judge on Tuesday rebuffed a bid by a locally owned chain of fitness clubs to remain open while it challenges an order by Gov. Doug Ducey shuttering Arizona gyms through July 27 — if not longer.

In an extensive ruling, Maricopa County Superior Court Judge Timothy Thomason said the evidence shows that Mountainside Fitness is a “good citizen that went above and beyond what was necessary to ensure the health and safety of its patrons and employees.” And the judge said courts have to be sure that government officials, in closing down private businesses, are not exceeding their authority.

But Thomason said the order could not be quashed at this point as there is not enough evidence to show that Ducey acted illegally in shutting down Mountainside Fitness and other chain and mom-and-pop operations.

The governor’s June 29 executive order was issued following a spike in COVID-19 cases after Ducey allowed businesses, including gyms, that had been closed in March, to reopen in May.

None of that means that the judge won’t eventually conclude, following further hearings, that Ducey exceeded his legal authority.

But attorney Joel Sannes said that will require presenting evidence and witnesses, something that could take weeks. And by that point, he acknowledged, the governor’s order may have been lifted, making it pointless to continue the lawsuit.

Even then, there’s no guarantee that Thomason will side with Mountainside or conclude that gyms can reopen despite what Ducey ordered. In fact, the judge called it “unlikely” that the company will prevail, even after a full-blown hearing.

Still, Sannes said the plan is to proceed with the case. In the interim, Mountainside will abide by the governor’s order, closing the doors of its 18 locations Tuesday afternoon.

Tuesday’s order affects only Mountainside Fitness and Fitness Alliance, whose challenge to Ducey’s order was consolidated with this case. But Sannes said it could be seen as setting a precedent of sorts for other similar facilities.

“They’ll have to make the decisions on their own,” he said, pointing out that the state had started efforts to enforce the closures even before Tuesday’s ruling.

Gubernatorial press aide Patrick Ptak said this was the outcome his boss expected.

“The issue is about protecting public health and containing the spread of COVID-19,” he said in a prepared statement. “Businesses need to comply with the public health orders.”

But this isn’t the only legal fight Ducey has on his hands.

Xponential Fitness has filed its own complaint in federal court alleging that the governor’s order violates a host of federal constitutional protections and that it violates the right of affected businesses to have due process before being shut down. The company has 50 studios around the state operating as Club Pilates, Stretch Lab, CycleBar, Pure Barre, Yoga Six, AKT, and Row House.

U.S. District Judge Diane Humetewa is scheduled to hear arguments in that case this coming week.

The Governor’s Office is likely to present the same evidence at that time that it did in this case, which includes statements from state health director Dr. Cara Christ and Dr. Marjorie Bessel, chief clinical officer at Banner Health.

Both said they believe that indoor gyms and fitness centers present high risks of infection.

“Physical exercise is often not conducive to wearing a mask,” Thomason wrote. “Exercising also results in respiratory droplet secretions that can easily be spread. Physical distancing can be difficult in gyms.”

Thomason acknowledged that some gyms say they are complying with protocols designed to protect public health. But he questioned whether that really does any good.

But the judge also fired a warning shot at the governor, saying he can’t keep facilities closed forever based on these fears.

He pointed out that Ducey’s order allows gyms to reopen once they have submitted a form prepared by the state Department of Health Services “that attest the entity is in compliance with guidance issued by ADHS.”

Only thing is, those forms are not available. In fact, attorneys for the state could say only that the form “hopefully” will be available by July 27.

“Justice delayed is indeed justice denied,” Thomason wrote. “If process is not provided in a reasonably timely fashion, then there really is no due process. In sum, the process provided must be adequate.”

And Thomason emphasized his point with a threat of sorts.

“If the form is not available well in advance of July 27, then the governor runs the real risk of depriving aggrieved businesses of any real process at all,” the judge said. “If meaningful process is not provided, the injunctive relief may ultimately be ordered.”

Tom Hatten, founder and CEO of Mountainside, said the judge’s order shows how much deference Ducey — and most governors — are given in state laws to issue executive orders and have them upheld. He said that should alarm owners of other firms that are not affected, at least not yet, who would be subject to “wide-ranging authority that’s arbitrary in its nature, very difficult to fight against.”

Hatten believes lawmakers should rein in the governor’s power to issue these orders.

Hatten said he will keep an estimated 1,500 employees on payroll while the legal fight plays out and that members were not billed this month.

Mark Finchem, R-Oro Valley, says a constitutional amendment should be put on the ballot to require governors to get the "advice and consent" of the legislature within a certain period.

Secretary of State Katie Hobbs has told the  nation's high court that the 9th Circuit Court of Appeals got it right when it concluded a law approved by the Republican-controlled legislature in 2016 was adopted, at least in part, to discourage minority voting.

Tucson’s city attorney is arguing that state legislators acted illegally in trying to tell Arizona’s 19 charter cities when they can have their elections.

If enough valid signatures are turned in, Arizona voters will decide in November on allowing judges to deviate from sentencing requirements in some non-dangerous cases.

Petitions filed Thursday would add a 3.5 percent surcharge on taxes on income above more than $250,000 a year for individuals and $500,000 for married couples filing jointly.

Across Pima County, 10,485 cases of coronavirus have now been confirmed, up 301 cases from the day before.

As of Wednesday morning, the Bighorn Fire has reached 78% containment.

With COVID-19 cases rising, Gov. Doug Ducey is ordering a hard cap on the number of diners in any restaurant.

Officials blame the space need on a backlog in Tucson's funeral industry, not a spike in COVID-19 deaths.

Gov. Doug Ducey is asking the Arizona Supreme Court to throw out a challenge filed by dozens of bar owners, in a case that will determine the scope of gubernatorial power. 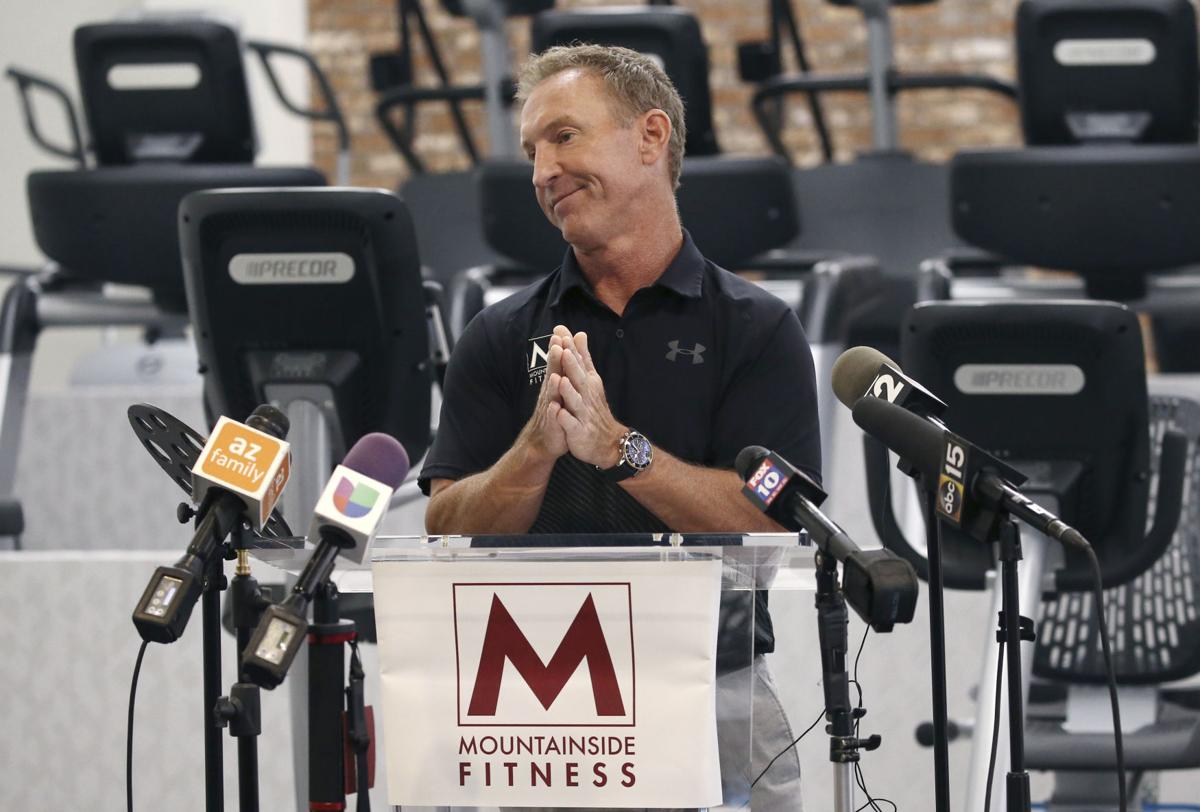 Tom Hatten is founder and CEO of Mountainside Fitness, one of the many gyms and fitness centers in Arizona ordered by Gov. Doug Ducey to remain closed amid the virus pandemic. 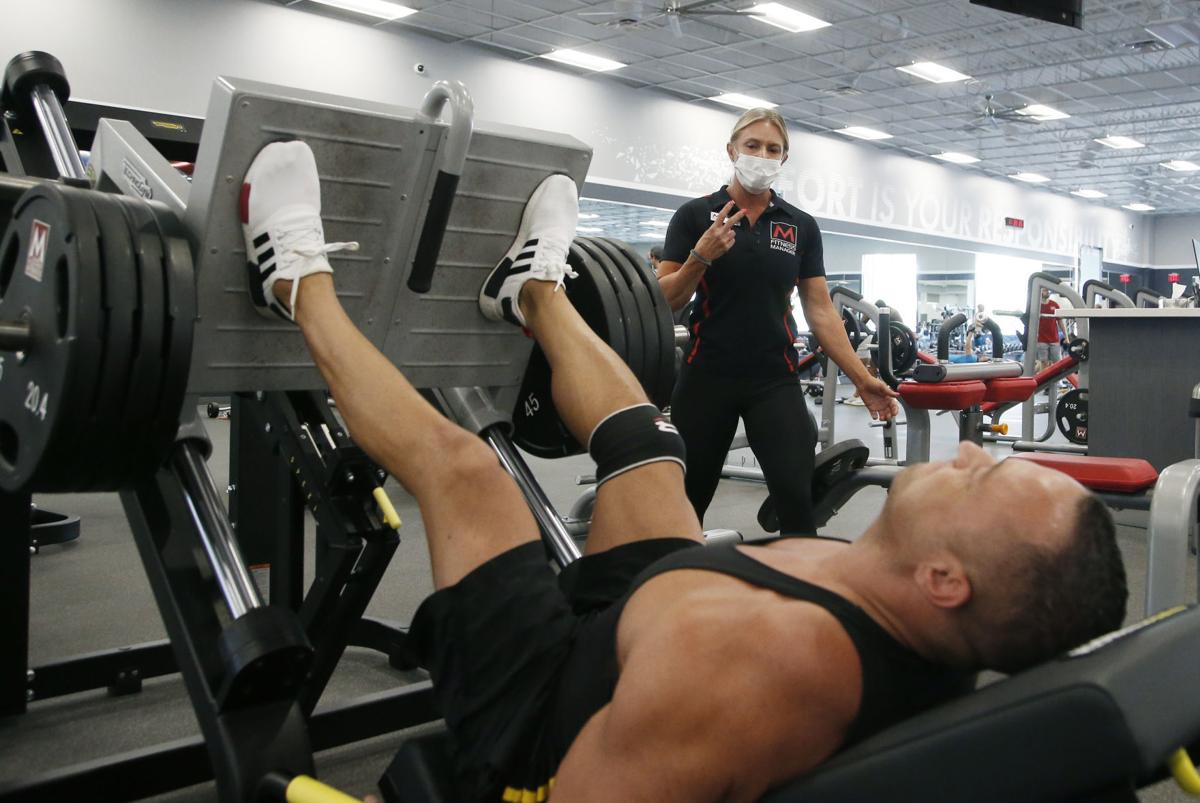 The state entered testimony that exercising “results in respiratory droplet secretions that can easily be spread.”