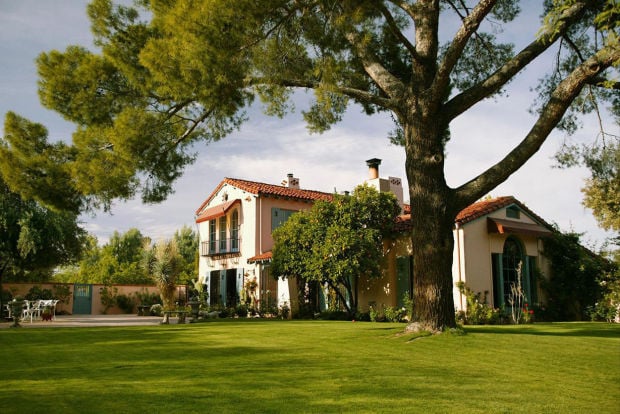 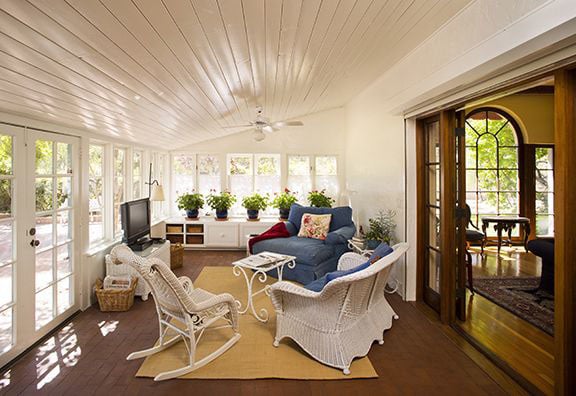 Arched doors and windows are typical of the late 1920s period when the house was built.﻿ 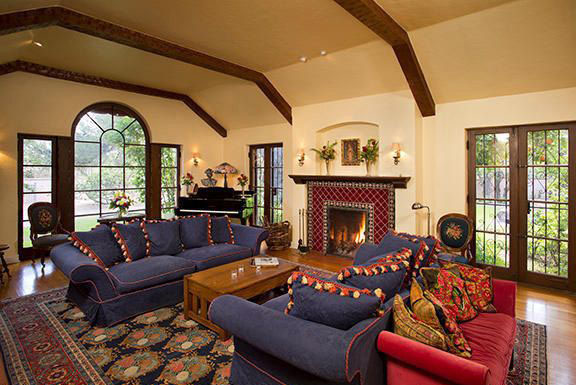 “I know she is going to miss this house,” says Suzy O’Brien, Ronstadt’s sister.

Music star Linda Ronstadt has put her historic, former home in Colonia Solana on the market for $1.6 million.

The 1929 Mediterranean-style house totals more than 4,200 square feet — with a clay-tile roof, porches, mahogany doors, oak hardwood floors and balconies with views of the Santa Catalina Mountains. It sits on 1.27 acres of lawns, gardens and patios. It was designed by renowned Tucson architect Roy Place.

The property is in the neighborhood nestled between Reid Park and East Broadway, just east of South Country Club Road.

Ronstadt, a native Tucsonan who was inducted into the Rock and Roll Hall of Fame three weeks ago, bought the house in 1994 and lived there with her two children, and hosted many family gatherings and celebrations.

It was her principal home for many years, said Russell Long of Long Realty, who is the listing agent along with his wife, Christine Long.

Ronstadt, who moved to San Francisco years ago, no longer resides at the Tucson estate. She has Parkinson’s disease and is retired.

“She has built a life in San Francisco and her kids’ lives are there,” said her sister Suzy O’Brien, 75, while at the house on Wednesday. Ronstadt’s daughter, Mary, and son, Carlos, are young adults.

“Now with her illness, she cannot keep up two houses,” O’Brien said. “I know she is going to miss this house. She thinks of how beautiful the sunlight is when it comes in through the windows in the morning.”

Having the house on the market “is very sad because we have had such wonderful times here,” said O’Brien, reminiscing about the generations of musicians who have played music and partied in the house.

The color was chosen by “Linda because she loved that color and that church. We would go with our grandmother (Guadalupe Dalton Ronstadt) to pray at the monastery’s chapel as young girls,” recalled O’Brien.

O’Brien mentioned other colors chosen by Ronstadt for the house, including two pink bedrooms, a pale gold living room, an ivory dining room and a white playroom.

“The iron hardware in the house is original, including the doorknobs and latches,” O’Brien said. “The style of the house represents the late 1920s period with the use of tile, pink plaster, wrought-iron touches, arched doors and windows. She made a minor, simple addition when she enlarged the breakfast area, and upstairs bathroom area,” O’Brien said.

Ronstadt also directed the styles of the gardens, including lawns, roses, bougainvillea, citrus, mesquite and palo verde trees, and nopales. “She made the interior a little oasis. We have hummingbirds, mourning doves that are making nests all over the place, two families of quail with their little peeps, coyotes and our resident bobcat with a kitten,” O’Brien said.

The grounds, which have a private well, also have brick-paved walkways and three brick-paved patios, a pool and spa, and a guest house. It also has a white playhouse with window boxes and shutters that used to belong to Ronstadt’s daughter.

“This house was built with integrity and care by longtime Tucsonans, which contributes to the soul of the property. The house has nothing but good vibes,” said O’Brien, adding that she wishes she could win the lottery to buy the property.

Arched doors and windows are typical of the late 1920s period when the house was built.﻿

“I know she is going to miss this house,” says Suzy O’Brien, Ronstadt’s sister. 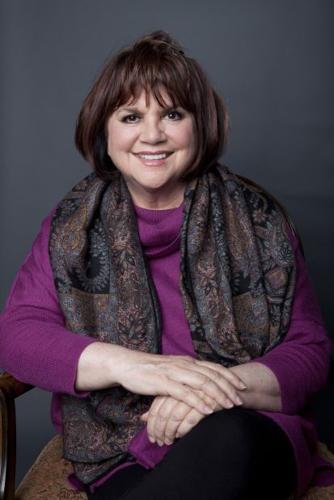