At least two people are dead, several have been wounded and three children are missing after a series of attacks Sunday afternoon that Tucson's police chief called "horrific."

The 35-year-old man police say is the attacker was in "extremely critical" condition Sunday night after a gunfight with a Tucson police officer.

Soon after the fire was reported a gunman walked up to two emergency medical technicians parked nearby at Quincy Douglas Center and opened fire through the driver's side window of the AMR ambulance company rig. The paramedic behind the wheel, a 20-year-old man, was shot in the head. He was in critical condition Sunday night.

The paramedic in the passenger seat, 21, was shot in the chest and arm. However, she was able to call for help and described the attacker and the SUV he was driving, police say. She was in stable condition Sunday night.

Meanwhile, Tucson firefighters had arrived at the house fire, joining neighbors who had been trying to help douse the flames.

Soon after, the man suspected in the attack on the paramedics showed up and opened fire on the neighbors and firefighters.

Firefighters called police for help and the gunman fled.

Magnus said a body was later found inside the burned home. Magnus said officials are worried because they do not know the whereabouts of three children who live at the burned house. He said anyone with information should call 911.

Magnus said he could not provide any details about the body found in the house.

A patrol officer found the alleged attacker in his SUV about two blocks away moments after the shooting at the house fire.

The driver opened fire on the police officer and rammed into his patrol car, Magnus said.

The officer, an 8-year veteran of the police department assigned to the department's south side patrol division, shot and critically wounded the SUV driver.

Sign up for our breaking news newsletter for the latest developments delivered directly to your inbox. 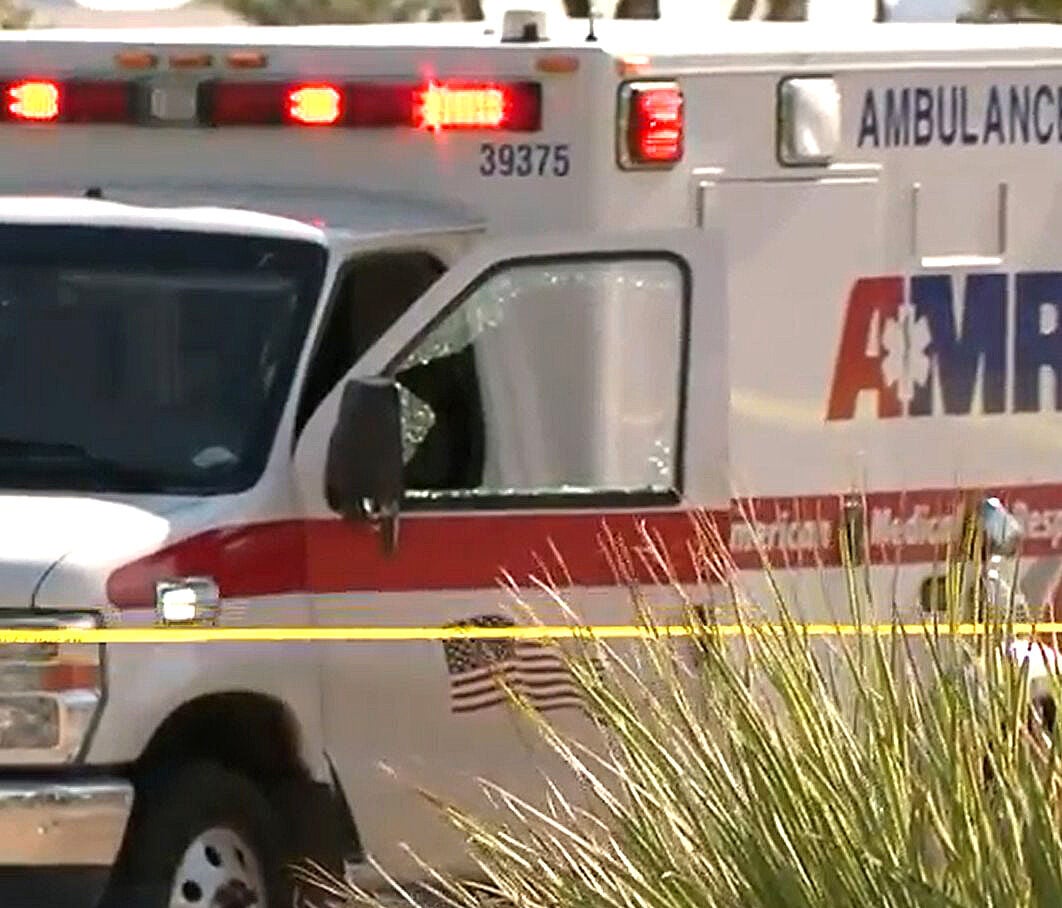 Tucson Police investigators at the scene of a house fire where a body was found in the 2011 block of E. Irene Vista., in Tucson, Ariz. on July 19, 2021. On Sunday, July 18, Tucson Fire Department responded to a report of a house fire where a suspect returned and fired multiple rounds, striking a fire captain and killing a neighbor, according to the TPD. The suspect also shot two EMT's on an unrelated call in a nearby park. A Tucson Police officer shot the suspect nearby.