CDC backs booster shot for all adults due to omicron variant

A dream night for Oscar Valdez, who keeps belt with decision over Genesis Servania
Share this
1 of 3 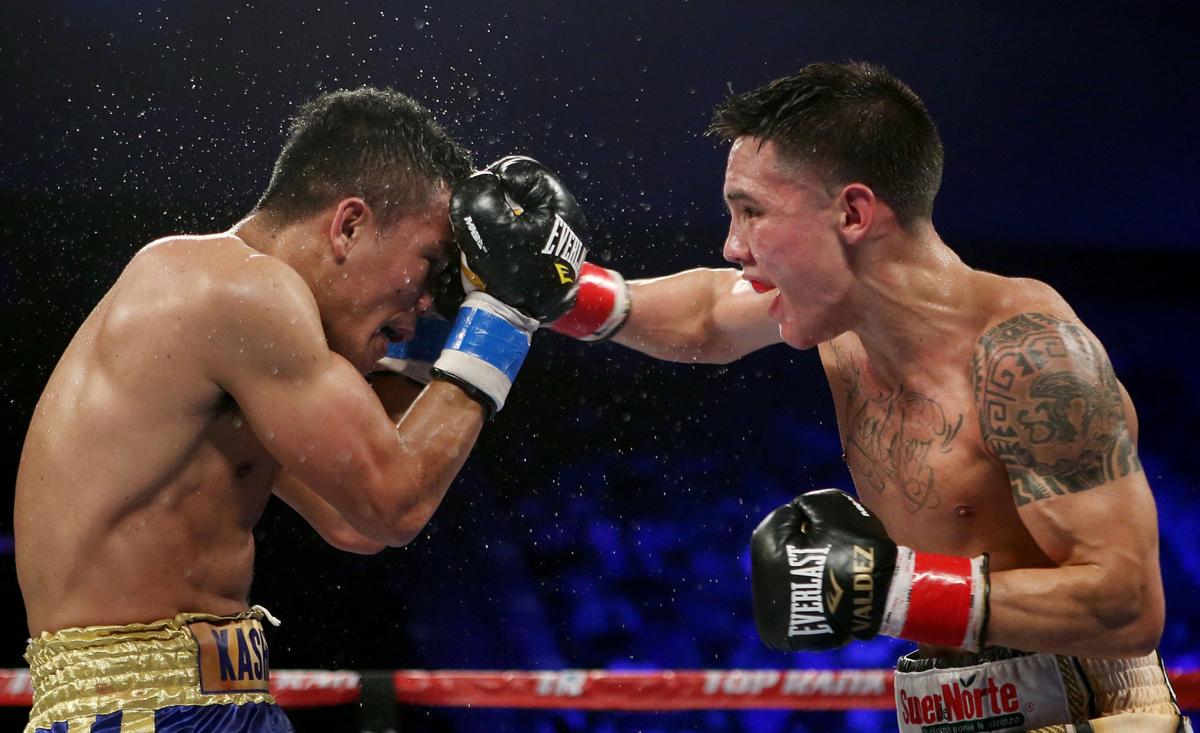 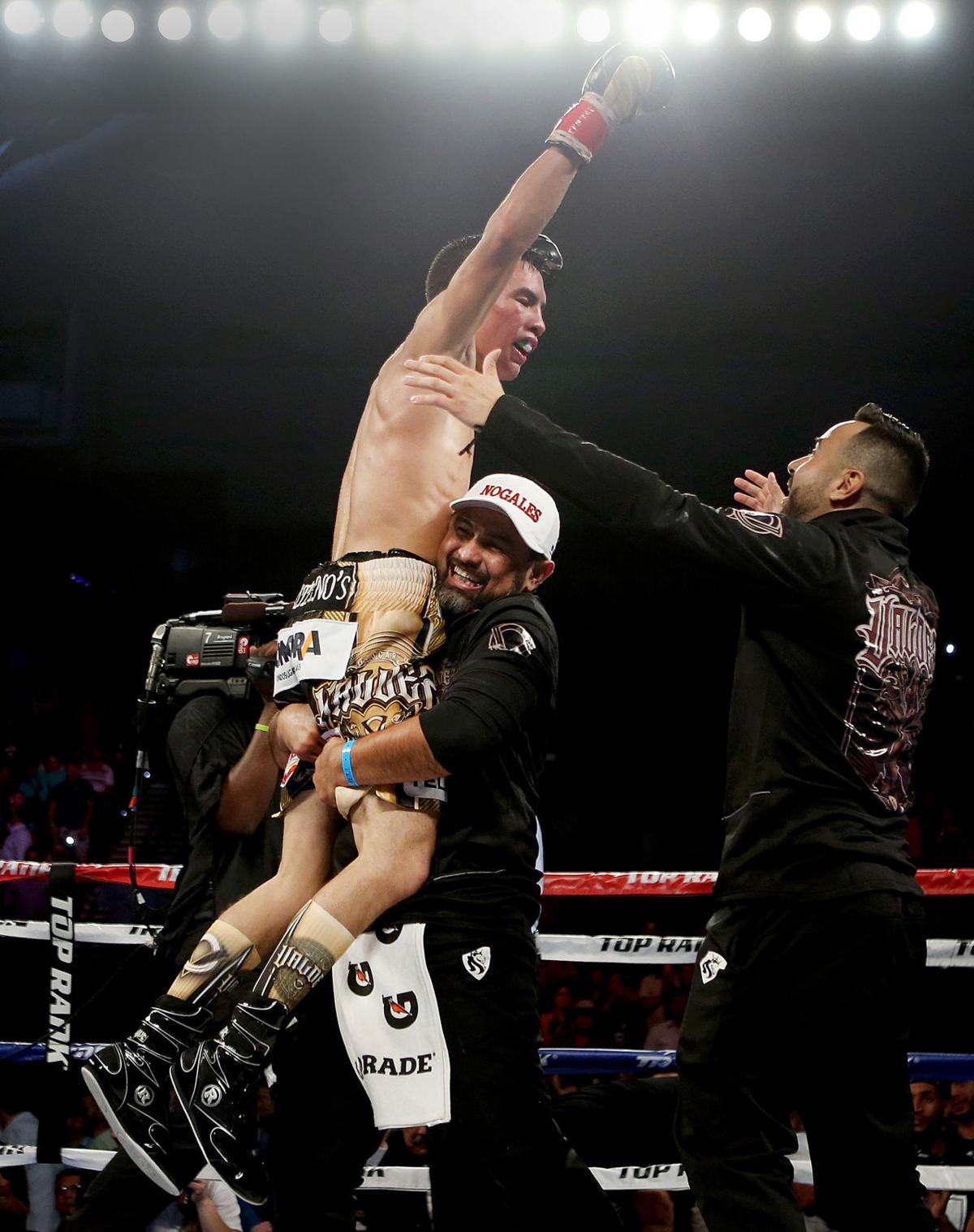 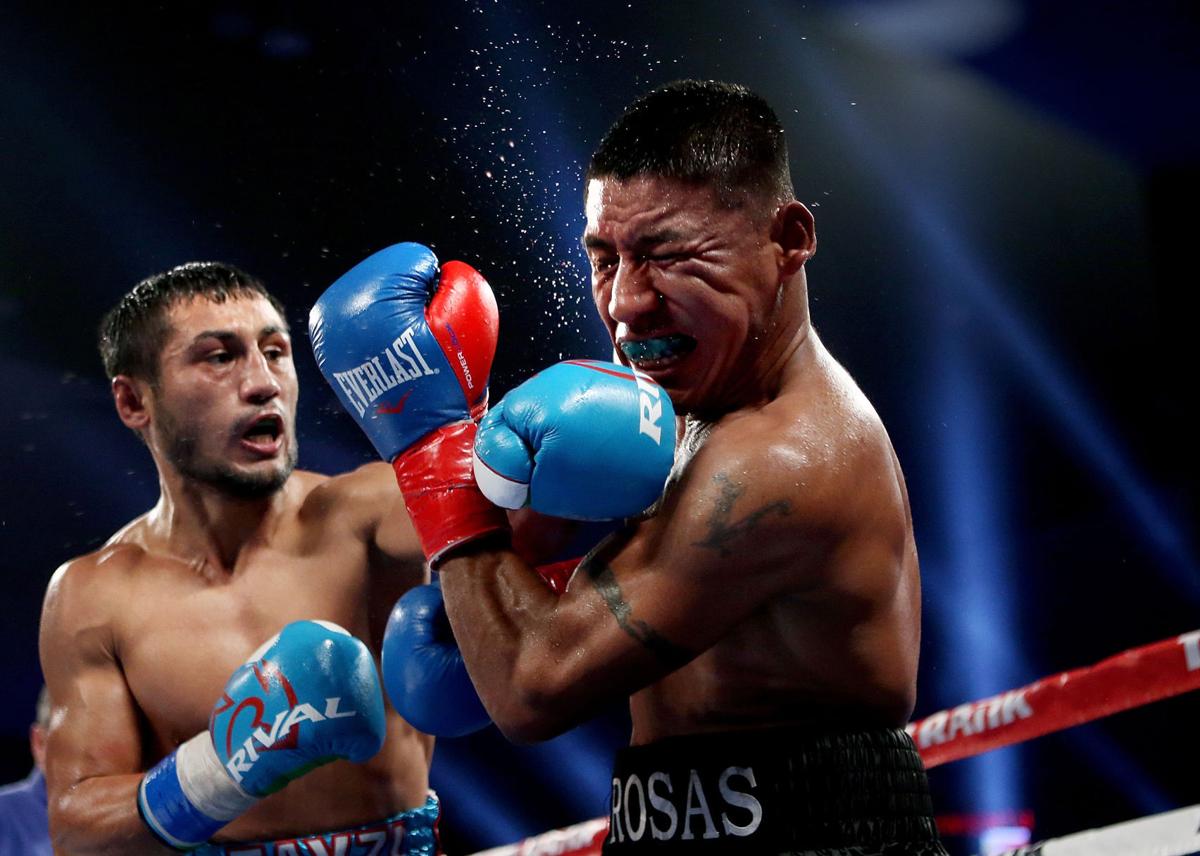 For a kid who made one of his first public appearances in the 2003 Tucson Turquoise Gloves amateur boxing tournament as a 12-year-old, Oscar Valdez had just about everything he could have asked for Friday.

The Sonora native, who grew up partly in Tucson, was returning to town to defend his WBO world featherweight belt for the first time, eventually claiming a 12-round unanimous decision over previously unbeaten Filipino Genesis Servania.

Valdez (23-0, 19 KOs) had overwhelming support from a rowdy Tucson Arena crowd of 4,103 fans plus some “dreamers” who received free tickets. And there was that huge ESPN platform and distribution in another 150 countries that Valdez was showcased on.

All good. Except for the fourth round, when Valdez fell to the canvas for only the second time in his 23-fight pro career.

It might not have been exactly that simple. Valdez’s trainer, Manuel Robles, said Valdez became a little careless and may have shuffled his feet when Servania struck him. And, maybe, it did zing a little bit.

“Valdez knows how much I hurt him,” Servania said. “He knows he felt my power.”

Whatever the case, though, this was what happened next: Valdez sent Servania (29-1, 12 KOs) down even harder in the fifth round, landing a quick and powerful right hook to the side of the Filipino’s face.

From then on, the fight remained close, and the widely varying judges’ scorecards indicated a lot was up for interpretation.

It was a fitting end to a television show that featured another close unanimous decision in the co-main event, Gilberto “Zurdo” Ramirez’s successful defense of his WBO super middleweight title against Philadelphia’s Jesse Hart.

The difference in this one was that Ramirez (36-0, 24 KOs) was expected to have a tough time, yet nearly made easy work of it when he sent Hart to the canvas in the second round and then pounded him with several combinations that threatened to end the shortly afterward.

“The knockdown was my fault,” Hart said. “That was the difference.”

Hart gave up a different kind of facial gesture in the third round when Ramirez whacked him below the waist and was warned for a low blow. Hart also stumbled notably while Ramirez pummeled him in the fourth round.

But Hart never went away, and came back to win the ninth, 10th and 11th rounds in a majority of judges’ cards. That’s when the knockdown came back to haunt him: Ramirez won the 12th and final round in the eyes of two judges, giving him the unanimous decision.

“This one was for all the dreamers, and all the people in Mexico, with what they’re going through,” Ramirez said, referring to those in the DACA program and victims of the deadly Mexican earthquake.

After a slow first round, Ramirez won the second by two points, knocking Hart down early in the round and then landing several hard combinations toward the end of the round.

Ramirez was warned for a low blow in the third round but dominated the fourth round, landing several right-left-right combinations that staggered Hart.

But Hart never did go away, despite losing his footing multiple times in the middle rounds. He then staged a comeback round in the ninth before staggering Ramirez with a strong right hand in the 11th round.

In the 12th, Ramirez resumed the sharpness he had lost earlier. By then, he also had gained the respect of Hart, who had openly criticized Ramirez’s credentials as the WBO super middleweight champ.

“I take nothing away from him,” Hart said. “He’s the champ. He’s a real good champ. He has my respect.”

Fast-rising Irish featherweight Michael Conlan opened up the ESPN portion of the show by putting down Kenny Guzman of Montana with a second left in the second round of a scheduled six-rounder. (The fight was actually shown on ESPNews because the Cubs-Brewers game went late.)

Guzman said he was caught by Conlan’s right hook over the top, and rose to the canvas just as the referee finished counting.

“It was a great shot,” Guzman said. “I thought I beat the count but the referee said no.”

For Conlan, a native of Northern Ireland whose popularity soared after he protested a controversial loss in the 2016 Rio Olympics, the easy win is expected to lead to a bigger stage on the undercard of the Vasyl Lomachenko-Guillermo Rigondeaux fight at Madison Square Garden on Dec. 9.

But it still was a learning experience of sorts; Conlan said he initially reacted wrong when sensing that Guzman lacked power.

“I felt a bit nervous in the beginning; I don’t know why,” Conlan said. “I got a little bit reckless and then began to work the body. He never hurt me.”

On the undercard, Lithuanian welterweight Egis Kavaliauskas (18-0, 15 KOs) won the NABF title by stopping Mexico’s Mahonri Montes (32-7-1, 21 KOs) 34 seconds into the seventh round of a scheduled 10-round bout.

Montes suffered a large gash over his right eye that led to the fight being stopped, though Kavaliauskas appeared to be comfortably ahead. Certainly, the Lithuanian left the ring with confidence, saying he’s now ready for WBO welterweight titleholder Jeff Horn.

“It was a hard, tough fight and I knew it would be a hard fight,” Kavaliauskas said. “Now there’s only one guy I want: Jeff Horn. I can beat Jeff Horn.”

Martinez hit the canvas in the first round and appeared dazed at the end of the second. But the fight was not stopped until Martinez’ corner surrendered 39 seconds into the third round.

“I hit her with a lot of punches,” Mayer said. “All my punches were working — lefts, rights. She just took the punches.”

Robson Conceicao (5-0, 4 KOs) of Brazil defeated Nicaraugua’s Carlos Osorio by TKO after three rounds of a scheduled eight-round super featherweight bout. Osorio’s corner quit the fight, saying Orsorio was injured and possibly dislocated a shoulder when he threw a punch that missed in the third round.

Went to Mexico to see family, quickly returned but was detained at border.

Valdez is coming off the biggest win of his career.