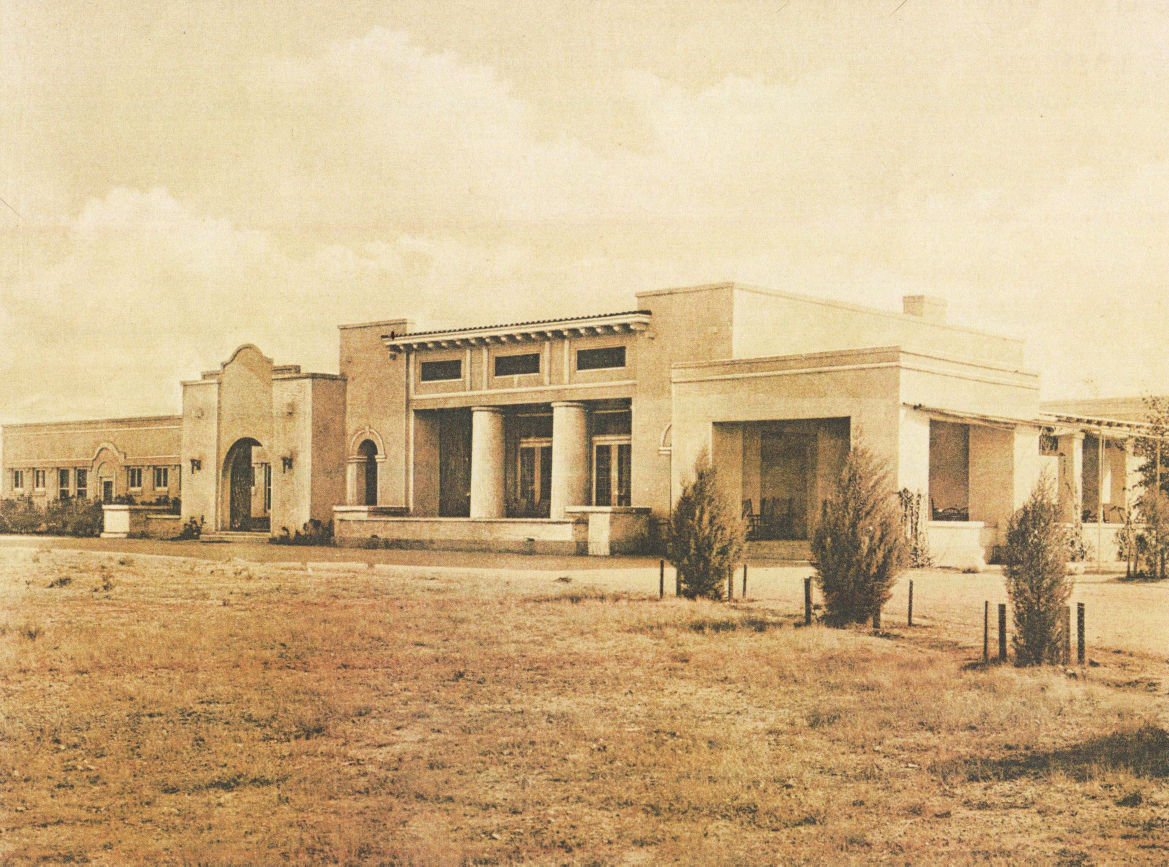 By 1915, the Tucson Golf & Country Club was on Broadway Boulevard. 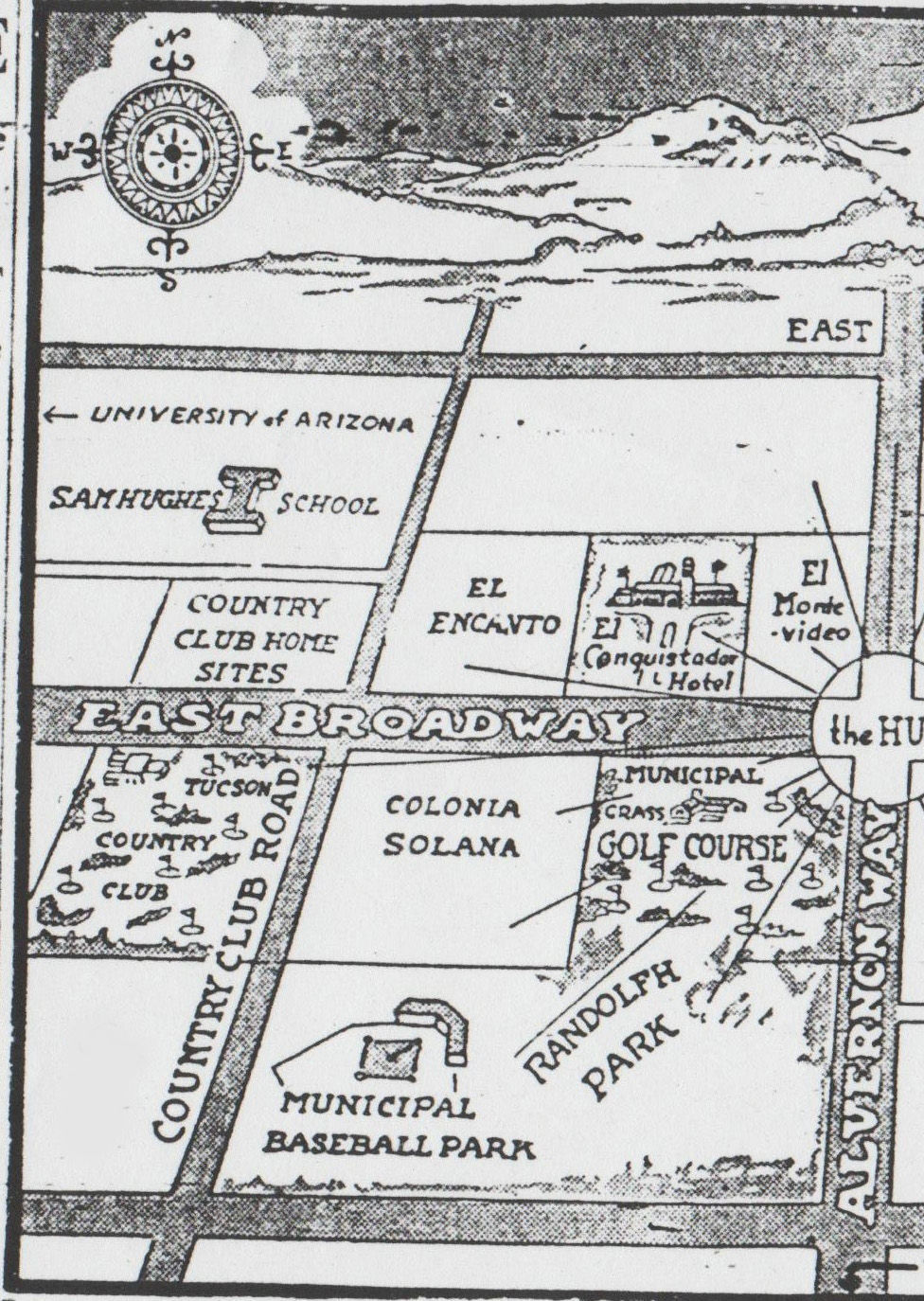 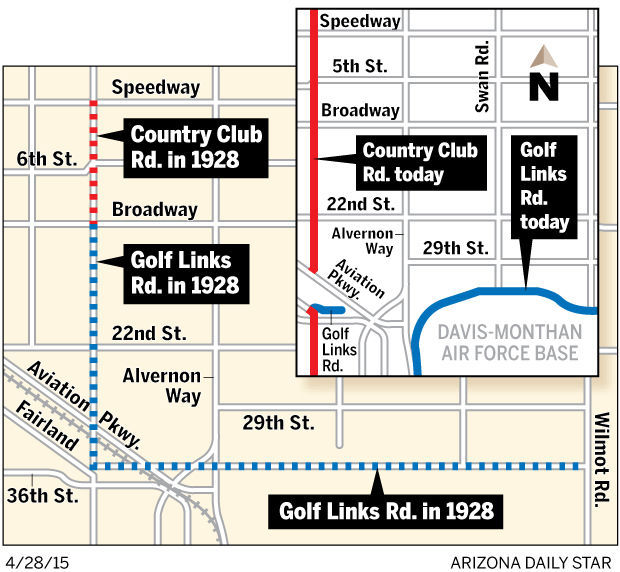 The original Tucson Country Club was on the northwest corner of Campbell Street (now Campbell Avenue) and Feldman Street (now Speedway Boulevard), on land deeded for this purpose by Nathaniel Plumer and Fred Steward.

“A country club is not a new idea, as it has been the aim and ambition of the people of Tucson for a number of years,” the Arizona Daily Star announced two days later. “The preliminary steps have been taken, the corporation organized, ground secured, the extension of the street railway, city water and electric lights to the ground arranged for, and the club is an assured success.”

On Feb. 1, 1904, the Arizona Republican reported that “Architect Brown is now preparing plans for the club-house, stables etc. ...The club house will cost four to five thousand dollars and will contain (a) large reception hall, dining rooms, bath rooms, dressing rooms etc. On the grounds will be found golf links (a nine-hole one), tennis, basket and handball courts, children’s play grounds, etc. There will be sheds for horses, carriages, automobiles and bicycles.”

The golf course was completed the following year, and Tucson Country Club opened for business. During the next few years, it appears the country club struggled. In May 1907, it offered to sell a portion of its property to pay off debts, but soon after managed to raise the money and got on sound financial footing.

By 1909, there was talk of building a new country club farther east on Speedway Boulevard, because the current clubhouse and golf links were too small. That year, John M. Roberts, owner of the California Wine Co., in Tucson, acquired a 160-acre homestead along Broadway Boulevard with the intention of using the land for the new country club. That never happened, and instead he subdivided the land and named the streets in honor of his favorite authors and poets.

By April 1911, Tucson Country Club was fading away. Capitalist Wait Talcott and Hugo J. Donau, vice president of Albert Steinfeld & Co., hatched a plan that membership would be limited to the finest business and professional men of the town and that Tucson would become a winter golf center.

The men hired William Watson, a golf expert from Los Angeles, to find a suitable location for the new country club and golf course. Potential sites included the Garstang Ranch northeast of the city, a site near St. Mary’s Hospital, and several sites along Speedway Boulevard.

On Feb. 4, 1914, the Tucson Golf & Country Club (commonly called the Tucson Country Club) was incorporated. On Feb. 17, the board of directors chose 120 acres of the Hereford Ranch, a few miles east of the city along Broadway, as the new site. The following day, the land was surveyed under the direction of Jack Adams of Douglas, and plans were laid out for the dirt, or “skinned,” 18-hole course. By August, all 18 holes were completed, and on Dec. 19, the clubhouse opened. It cost $15,000 to $20,000 and had hardwood floors and chandeliers. A pool and tennis courts were later added nearby.

From 1915 to 1919, the club was a popular destination for local golfers and winter visitors.

In December 1919, country club members including David W. Bloom and Gordon H. Sawyer petitioned the Pima County Board of Supervisors to turn a mile-long dirt road running from Speedway to Broadway into a county road. The supervisors approved Road No. 4 on April 5, 1920, and later that month the name was changed to Country Club Road.

In 1922, members including Monte Mansfield and H.S. Corbett petitioned Pima County to make a county road out of a dirt road, six miles in length, in the shape of an L, running south from Broadway then heading east through what is now Davis-Monthan Air Force Base to Wilmot Road. The supervisors approved Road No. 57 on Nov. 6, and within six years it became known as Golf Links Road. The north-south portion later became part of Country Club Road, and the east-west alignment was changed so the road no longer ran through the base, but north of it.

In the early 1920s, the Tucson Municipal Golf Course was built nearby at Randolph Park, but it was a dirt course and posed little threat to the Tucson Golf & Country Club. In 1929, El Rio Golf Course opened on the west side of town as Tucson’s the first grass course. Many members left for the new green course. By 1932, the Tucson Golf & Country Club had a campaign underway to change its dirt course into a grass one,.0 but it appears the going was tough and things continued to decline.

In 1936, likely for only a short while, the Tucson Golf & Country Club was leased by Ed Lee and renamed Lee’s Amusement Palace, a gambling hall. By the following year it was in foreclosure.

The last organization to occupy the clubhouse was the Tucson Shrine Club from about 1945 to 1968; not longer after that it was razed.

Note: The current Tucson Country Club north of Tanque Verde Road was built in the late 1940s and is the third country club to bear the name.

By 1915, the Tucson Golf & Country Club was on Broadway Boulevard. 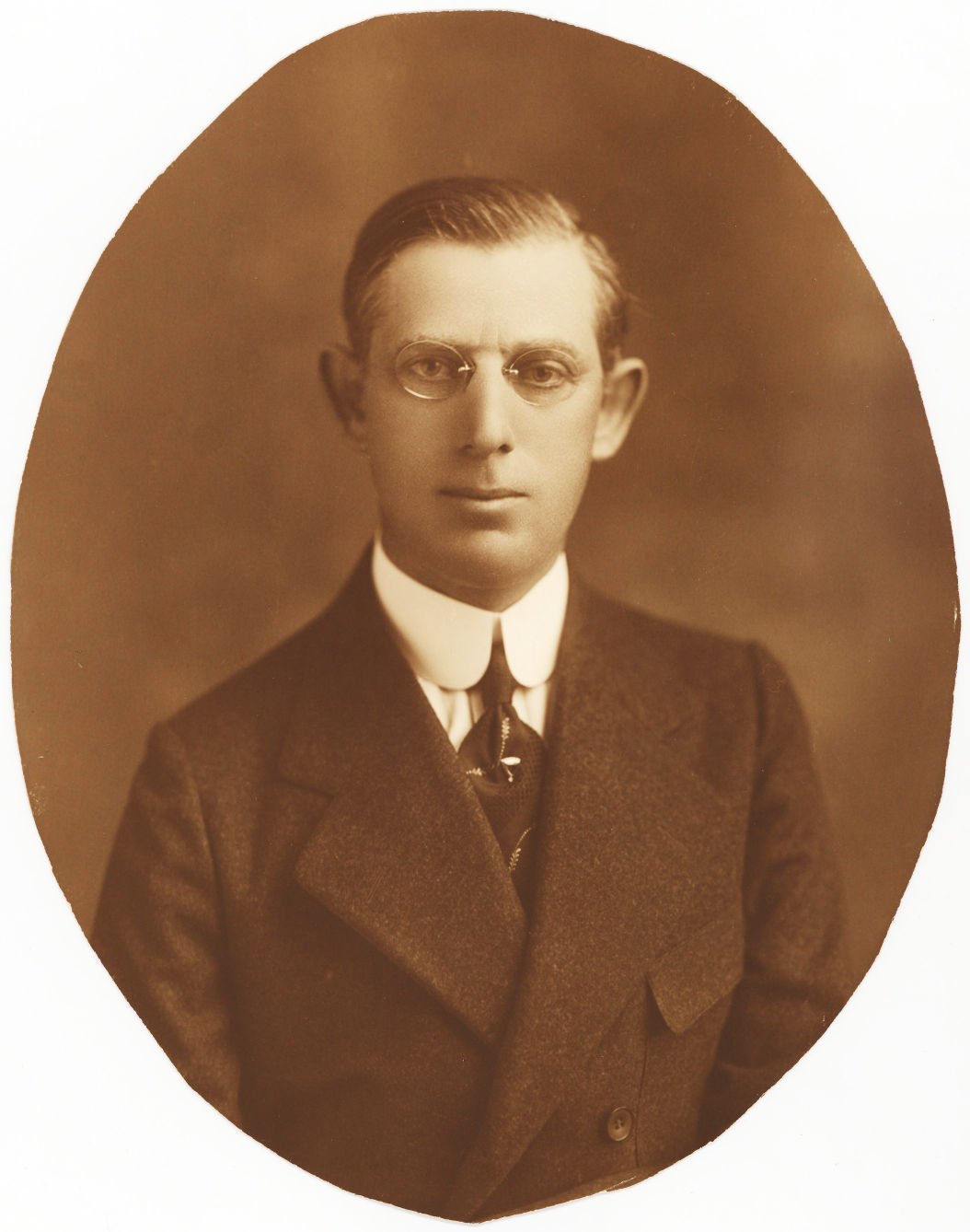